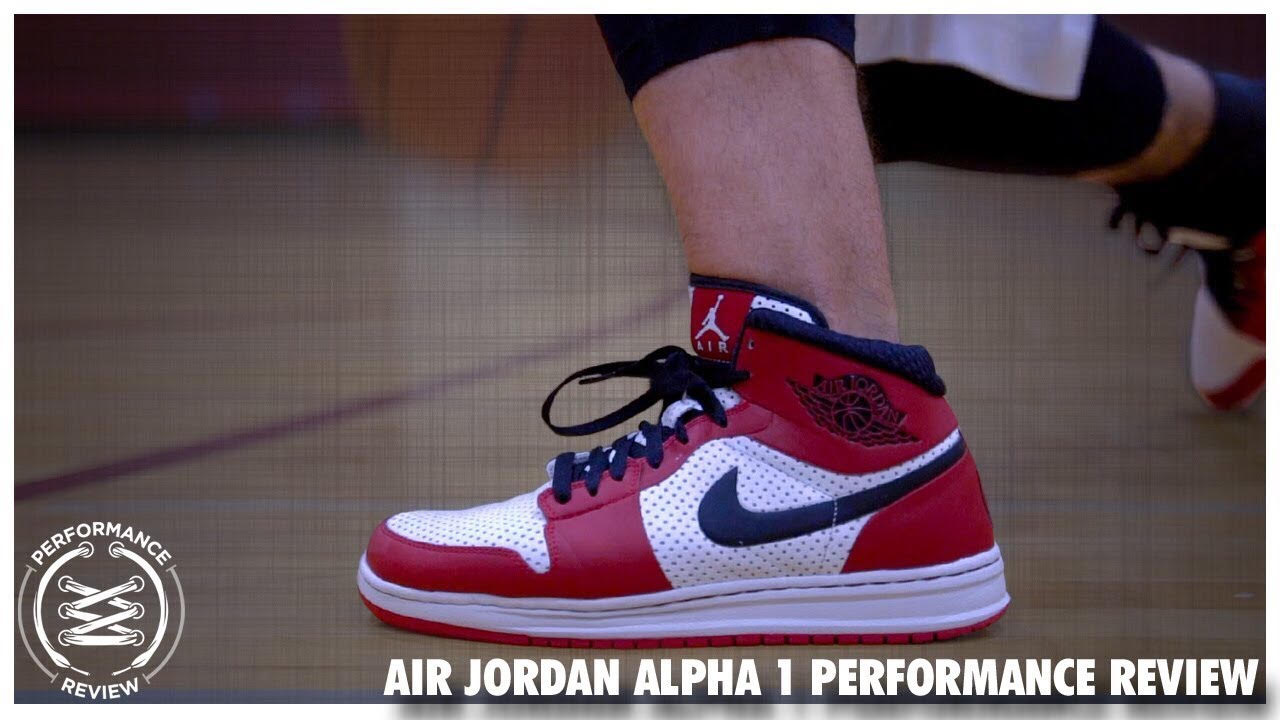 Ten years in the making. Here is our performance review on the Air Jordan Alpha 1.

The traction featured on the original Air Jordan 1 I feel is the G.O.A.T. Second best is the Nike Kobe 9, but the AJ1’s outsole really grips nearly surface in nearly any condition.

Unfortunately, the Air Jordan Alpha 1 isn’t quite on-par with the OG AJ1, but its pretty damn close. I might still hold the Kobe 9 above these, but just barely. I feel the updates made to the outsole, while a great concept, wound up causing more problems than it solved. Its addition of herringbone sounds like it’d be amazing, but when there was a lot of dust or debris then I’d need to clear it out. Luckily, the spirals that were carried over from the original model saved the grip when floors would be that bad which is one of the reasons why I love spiral traction so much. It just works and works really well. Since 1985. Well, it was used prior to ’85, but you get what I mean.

Outdoors, the traction will work just as well. It may not last a super long time, but it will likely last longer that the Phylon midsole if you happen to toe drag.

The best thing they’ve ever done to an Air Jordan 1 of any kind was add full-length Zoom Air. Even if it is bottom loaded.

Being bottom loaded you won’t feel the Zoom Air as you would in something newer like the Kobe 1 Protro or Nike KD 12, but it will help absorb the majority of impact. The midsole has been changed from being a solid rubber cupsole to a Phylon midsole that mimics the look of the original. While the midsole clearly doesn’t look identical to the OG Air Jordan 1 — although they were able to make a Phylon lookalike for the Women’s Air Jordan 1 Slip — it’s close enough and it plays much smoother than the rubber cupsole did. Being Phylon it aids in transition if you happen to heel strike and the additional carved out line helps with that. The Phylon itself isn’t overly firm either. It’s a really nice blend between supportive Phylon and comfortable Phylon.

The materials are the one aspect I’ve never full liked on the Air Jordan Alpha 1, and I still feel the same way.

Jordan Brand opted to use what was popular during the 2009-2011 timeframe, which was Fuse and synthetic materials that mimic leather. The underlay material does a good enough job at mimicking leather that I don’t have anything to really complain about other than it doesn’t retain it’s shape quite as nicely as I’d like. Same goes for the Fuse sections. They’re strong, durable, and look the part — for the most part. I’d have loved a nice leather instead, but this is what was offered back then. If Jordan Brand ever decided to revisit this Alpha series then it would be wonderful if real leather was used. It’d do the same thing as this synthetic setup, but it would eventually give off a more vintaged feel and look once you’ve spent enough time in the shoe.

When the Air Jordan Alpha 1 originally released I bought my true size and felt that they offered a bit too much dead space, or volume, around my forefoot. I prefer materials to sit closely to my foot, while some prefer the space. If you happen to prefer a bit of space then going true to size should work just fine. However, I went down 1/2 size this time around and I got the fit I wanted the first time around once they broke in.

Lockdown is still just as good today as it was back in ’85. The materials wrap around your foot nicely and do exactly what they were designed to do. If it ain’t broke. Don’t fix it.

Support isn’t anything special. It might be the one area that still feels like the 80’s. There is an internal heel counter, but that’s about it. The rest of the support relies on the materials, fit and flat base that makes up the tooling. Surprisingly, despite being a 1985 design overall, they still get the job done really well.

Fun. That’s the best way to describe the experience. There is nothing more fun than lacing up a shoe that essentially looks like the Air Jordan 1 but plays a little smoother. While I’ll never be able to fly like Mike, I can at least keep the memories from his old highlight reels alive and well while making my own memories. Even if they’re a little bit more earth-bound.

If you happen to run across a wearable pair of the Air Jordan Alpha 1 it is a shoe that I recommend trying out. They might not knock your socks off in terms of next gen features, but they’ll still make you believe a man can fly. 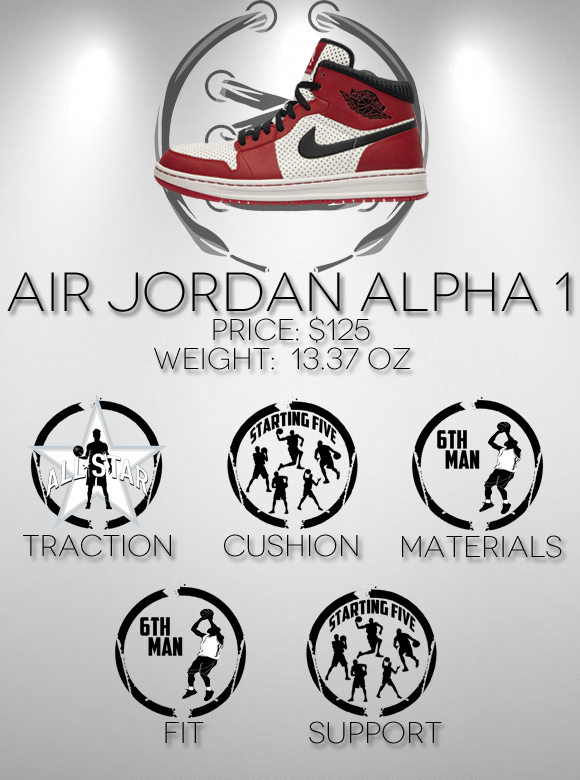