adidas has been killing it all year long. The Harden Vol. 1 is no exception… 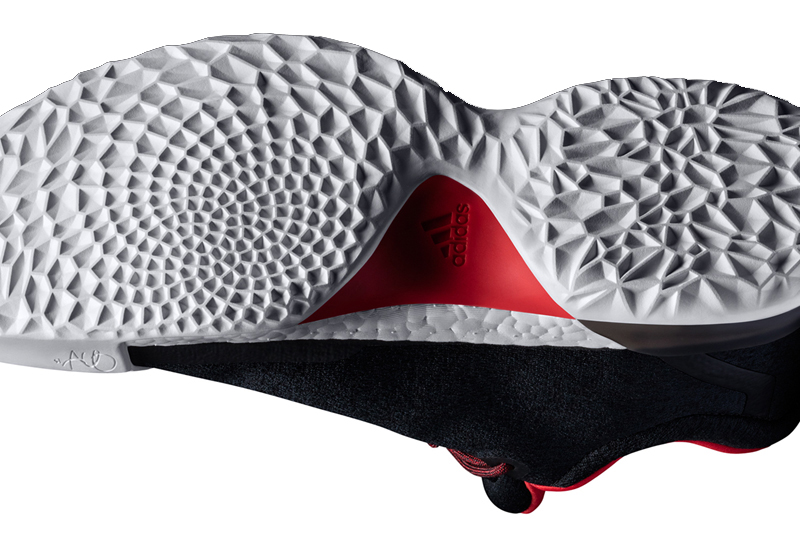 Traction – The pattern was designed specifically for James Harden and his movements on-court. Not everyone moves like Harden, and that could’ve been a big problem when it came down to how well the traction would perform for everyone else. The single area of the shoe’s outsole that has the slightest “problem” — I say that rather lightly — is located at the ball of the foot. This is where the pattern is at it’s tightest so a large amount of dust will cause some very minor slipping, but it’s nothing major. Not once did I have to wipe the soles of these guys, even when the courts were dusty, and while you may want to believe that is due to the data-driven pattern they came up with, I believe it’s due to the rubber compound.

No, it’s not Continental, and it doesn’t have to be. This rubber is tacky! It’ll grip to the court no problem. Why won’t it get a Hall of Fame badge? Simple: the Hall of Fame badge is used for the best of the best — the ones that go above and beyond. Something can easily be “amazing” and get Starting 5 because being in the staring lineup is never a bad thing. In order to go above and beyond there must be no flaws. That area where the pattern is tightest, that’s the flaw; ot one that’ll hinder overall performance to the point of no return. But, it’s the fact that I don’t move like Harden, and you likely don’t either, so the pattern is simply not at that Hall of Fame level for my movements.

The only bad score is the Benched badge. Things don’t need to be 10 out of 10 in order to be really good. Which is exactly why we removed the numbered scoring system. The traction on the Harden Vol. 1 works. It works well. Nearly perfect, thanks in large part to the rubber adidas chose to use.

What about the pairs that feature translucent rubber? Personally, I’ve never had a problem with adidas’ use of translucent outsoles — only with Nike and Jordan products that feature that type of rubber. However, this is exactly why we have comments enabled. We know you’ll likely pick up a pair to try out, and some of you may even try out pairs with translucent rubber. Let us, and everyone else that reads the site, know what’s good with the translucent options. After all, we are testers. All of us. 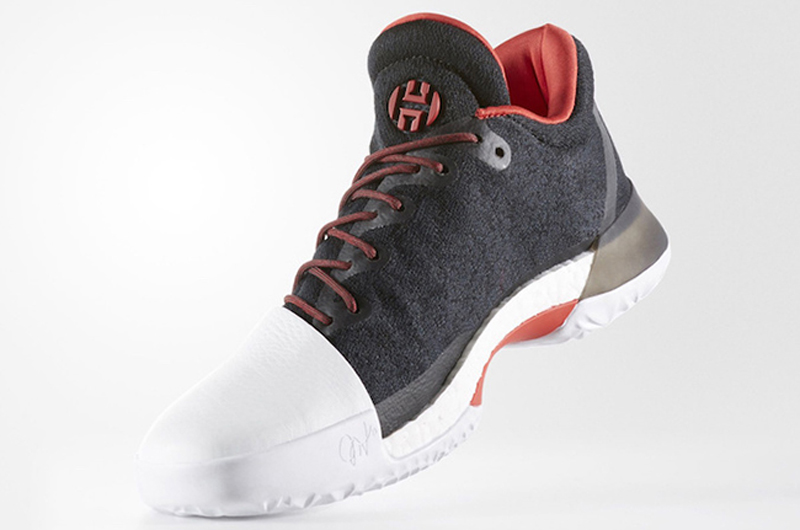 Cushion – Boost is back and lower than ever. Seriously, the CrazyLight 2016’s had the most Boost pellets packed into the midsole than any other Boost model, and these feature the lowest to the ground Boost midsole we’ve seen yet. Yes, this means that you won’t be feeling that bounce back that you might be accustomed to with the Ultra Boost. However, you’re still maintaining the greatest amount of impact protection possible because nothing rivals Boost in terms of absorbing impact — at least not at this moment. You’ll receive all the court feel you can possibly want while still receiving protection underfoot. It’s just not a plush ride.

As for myself, I don’t mind firmer setups unless I’m playing for more than two hours. With low profile Boost like this I can play for a little more than three hours before I start to feel it in my knees. And at that point what I’m likely feeling is my body telling me I’m getting too old to be playing basketball for over three hours at a time with these young guns at the gym — even though my mind thinks I can still hang just a little while longer.

If I were to sum things up rather quickly while describing this variation of Boost…protective court feel. Nuff said. 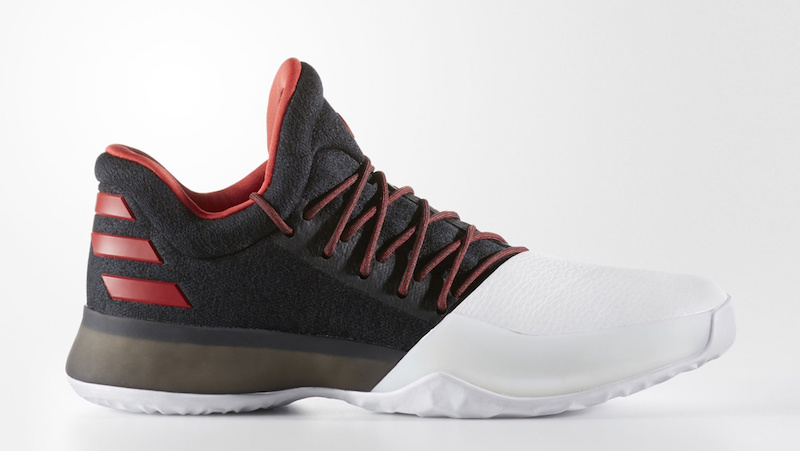 Materials – Like other adidas models, the materials featured will vary with each colorway. The initial launch colorway that we tested features a knitted mesh that has nylon backing it for reinforcement. I enjoyed the setup quite a bit as it was featured as the main body of the shoe. Basically, where we don’t need any flex. It is stiffer than Primeknit, even though it breaks in nicely, so if you wanted a more plush upper then wait for the $160 Primeknit options which are coming soon.

The toe features an independent toe cap — located exactly where you need some flex — and it’ll be constructed of premium leather or suede. This area allows for greater range of motion that is unrestricted by any other material while still containing the foot upon lateral movements — or what I like to call stress zones. It’s a feature I absolutely loved in the Air Jordan 2010, Nike Zoom Soldier 3, and now the adidas Harden Vol. 1. This type of overlay at the toe should be featured more often; it’s highly underutilized and underrated. 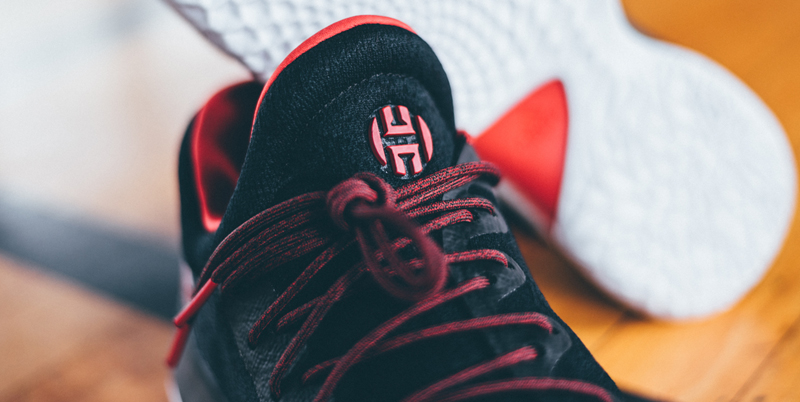 Fit – Wide footers, you’re going to enjoy these when going true to size. For everyone else, you’ll enjoy the fit going true to size due to the way the body of the shoe locks you in, but if you really want a contained fit then I’d recommend going down 1/2 size.

Lockdown, as mentioned above, is awesome. The asymmetrical lacing feature is perfect as it wraps up and around your foot. Normal lacing works perfectly fine, but tends to mainly focus on locking your foot down onto the footbed. Asymmetrical lacing focuses on ensuring the shoe and your foot become one. It’s like a bear-hug for your feet.

The rear section of the shoe fits incredibly nice as well. There is a really nicely sculpted heel that cups your Achilles while the rest of the lacing structure does all the heavy lifting — or hugging. 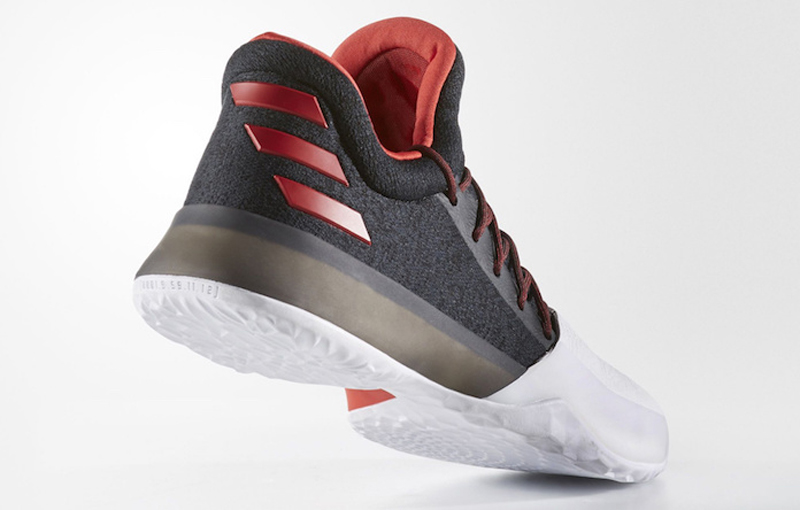 Support – I say this all the time, but it’s true: if everything on the shoe isn’t working together properly then support suffers immensely. Luckily, this is one of the best fitting low top shoes — much better than the CrazyLight, and I love the fit on those — that we’ve had since the Kobe 8. Actually, if you take the Kobe 8, throw on the toe of the Air Jordan 2010…add some Boost, you’ve got the Harden Vol. 1. Along with the great fit, the shoes sit very low to the ground. Your natural balance isn’t thrown off when you lace these up and they’ve widened the platform a bit which only enhances stability. Torsional support is in place with the TPU plate, an internal heel counter keeps your heel on the foot-bed, and the TPU (it’s rubbery like the Crazy Explosive) cage encases the Boost midsole to ensure you aren’t unstable at any point in the game. 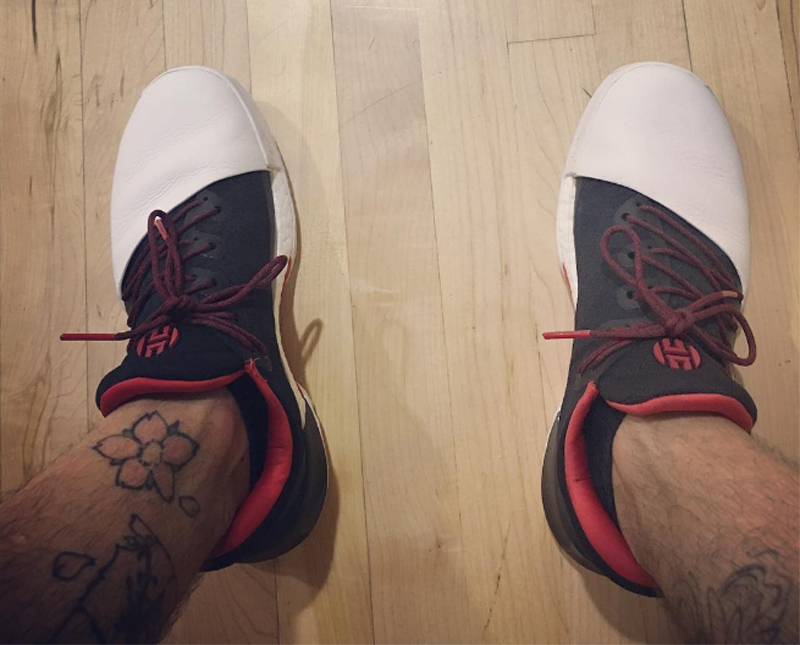 Overall – Traction, cushion, materials, fit, support…the best of what adidas has to offer all on one sneaker? Reasonably priced? And they’ve been doing this all year long? You best believe it. Competition is so good for us consumers.

adidas has found a way to give us everything it’s got and fine tune each product to suit different needs. If you favor court feel and mobility then the Harden Vol. 1 has you covered. Need something a bit more plush? Crazy Explosive. Want a mix between the two? No problem, D Rose 7 has your back. Wait, you prefer lows? CrazyLight Boost 2016…basically a low top D Rose 7. You don’t like Boost? Try the D Lillard 2. Oh, yeah…did we mention every single shoe listed retails for a maximum of $160? That’s not even including coupons, discount codes, and sales that happen periodically.

The adidas Harden Vol. 1 is a very well balanced shoe for guards. If you find that you’re in need of a shoe that offers what we’ve described then give these a test run and let us know what you think about them. Hopefully you enjoy them as much as we did. 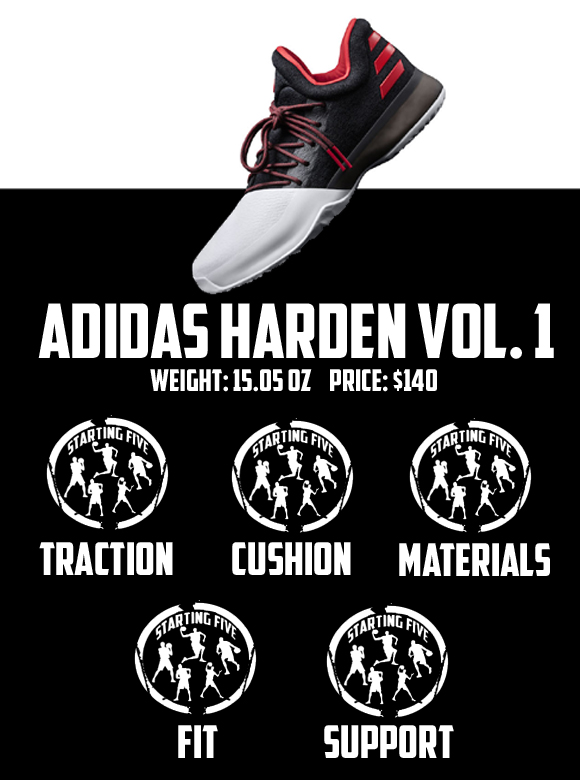