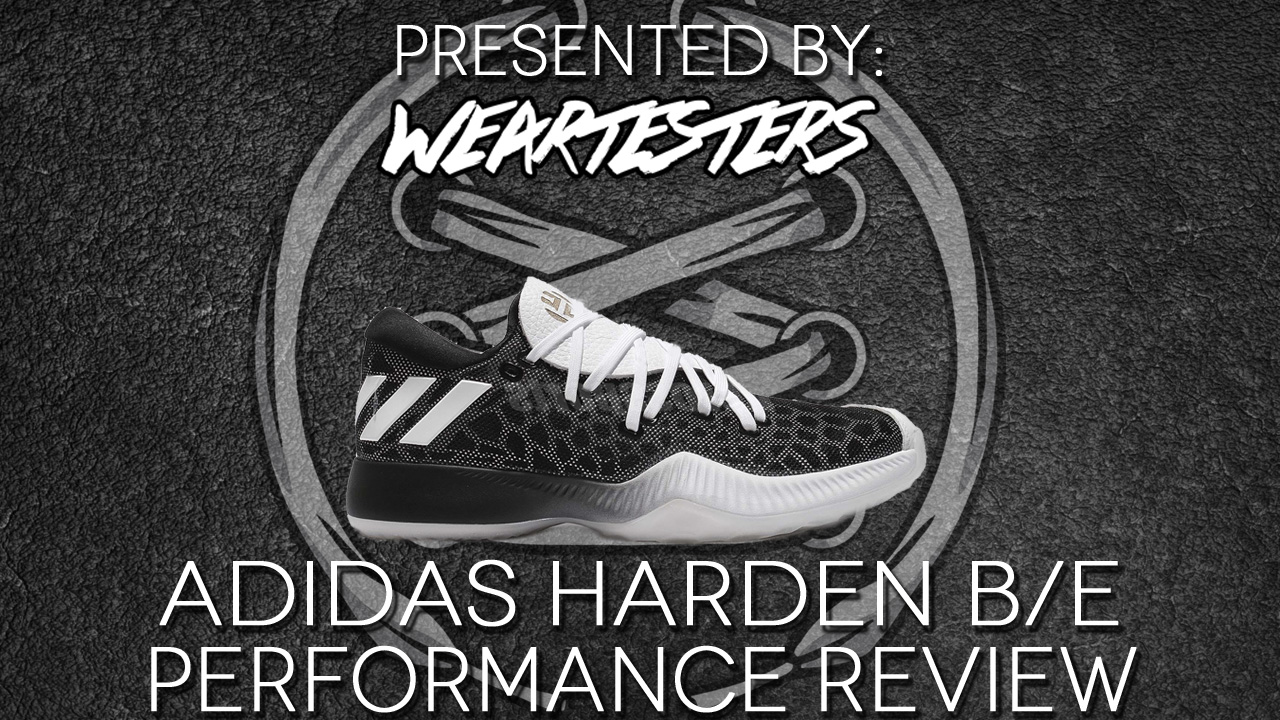 The brand with the three stripes is at it again with the Harden B/E.

Traction /// The outsole used on the adidas Harden B/E is the same one that was used on the Harden Vol. 1. This was my first experience trying out the translucent rubber option and, like many of the adidas models I’ve played in that also feature clear sole, I found no issues.

While not quite as tacky as the original solid rubber option, the outsole still has some bite. I never have to wipe these guys which I feel may be due to the pattern itself. There’s nowhere for dust to really clog up. If the debris sticks it’s just kind of there but not in the way.

In case you missed it, you can check out the original Harden Vol. 1 performance review and my thoughts are pretty much the same. Indoors and outdoors, the Harden line thus far has been very consistent.

Cushion /// Boost has been removed and replaced with the more affordable Bounce foam in the Harden B/E. I’ve been loving Bounce because I feel it offers the best balance of court feel and bouncy protection underfoot. This setup is slightly thinner and slightly firmer than what was used on the Dame 3, thus the scores are a bit different even though they use the same tech.

I ran into that same issue while testing the Harden Vol. 1 as I rated the cushion — while Boost — Starting 5 rather than the usual Hall of Fame simply due to its thinner implementation. That doesn’t mean it’s worse, it just depends on what you’re looking for as a player. Low profile and quick movements are priority with a setup like this. If that’s how you like to play and feel on-court then you’ll likely enjoy these. If you’re looking for something similar but offers a little more impact protection then opting for the regular Harden Vol. 1 should do the trick.

Materials /// Layers upon layers. We haven’t seen much of this in recent years as most brands have moved on to knitted one-piece uppers. If you’re a fan of traditional builds that offer structure and support then you’ll love the Harden B/E.

The build is durable despite using softer modern materials like mesh and foam. There is a little nod to the past with the leather panel floating atop it all. Break-in time is definitely required so if you don’t have time for that then you may feel like these are slowing you down. However, if you spend enough time in the shoe then you’ll eventually feel that they were made just for you — even though they weren’t, but it’s nice to feel that way sometimes.

Fit /// The Harden Vol. 1 felt like it fit a little long and wide, but that isn’t the case with the Harden B/E. I actually found this to be a bit strange because brands tend to use wider lasts on models that are intended for overseas markets since consumers in that region tend to have wider feet. If you do have a wide foot and are not able to try the shoe on then you may want to consider going up 1/2 size, but the shoe may be too long for you. I’d suggest wide footers stick with the Vol. 1 — you can find them for about the same price as these or even a little less nowadays.

Lockdown at the midfoot and forefoot are solid on the Harden B/E, at least once you break it in. This entire shoe needs break-in time so keep that in mind. This is not a fresh out of the box ready to go type of shoe.

Heel slip is a small problem due to the material used at the lining. Nearly every time I laced these up — even after wearing them for a couple weeks — the heel always felt slippery. This goes away once you start to sweat as the moisture helps the shoe stick to you a bit better. It was a little concerning at first but once I started to play in them the issue resolved itself. It was a little annoying that the lining requires a bit of moisture no matter how many times you’ve worn the shoe, but its something that wasn’t a deal breaker. Additionally, lateral containment is very good because the internal heel counter covers you from that end.

Support /// Everything that the Harden Vol. 1 featured is still present so pretty much everything you need in a shoe is here plus some solid design features. Heel counter? Check. Torsional plate? Check. Outrigger? Check. Any extras? The platform is wide and flat. I absolutely love this on any shoe as it promotes stability and it’s ideal when I’m setting my feet up to shoot. Often, I have someone close to me or switching onto me when coming off a screen so the quicker I can plant my feet and have them set for my shot the better. When the tooling feels a little “tippy” that’s when I feel like I don’t have enough time to get ready so my shot tends to lag.

This isn’t just an ideal setup for shooters as stability for shifty players is needed as well. Maneuvering your way down the court and often into traffic is a great way to roll your ankle. Having a setup that is wider than the upper and flat is great for helping you along your way.

Overall /// I’ve been enjoying what adidas Basketball has been doing with the higher tier models that feature Boost, but what I’m really enjoying are the affordable options they offer. There doesn’t seem to be a huge difference in overall performance even though you’re spending less.

Boost is a premium, but it isn’t for everyone. Bounce is not only affordable but it’s a bit more universal as well. It’s protective enough for larger athletes while being low/quick enough for smaller athletes. Balance is everything — not just in the game of basketball but also your footwear.

adidas has hit a nice stride that assures consumers have plenty of options that all fit the bill. 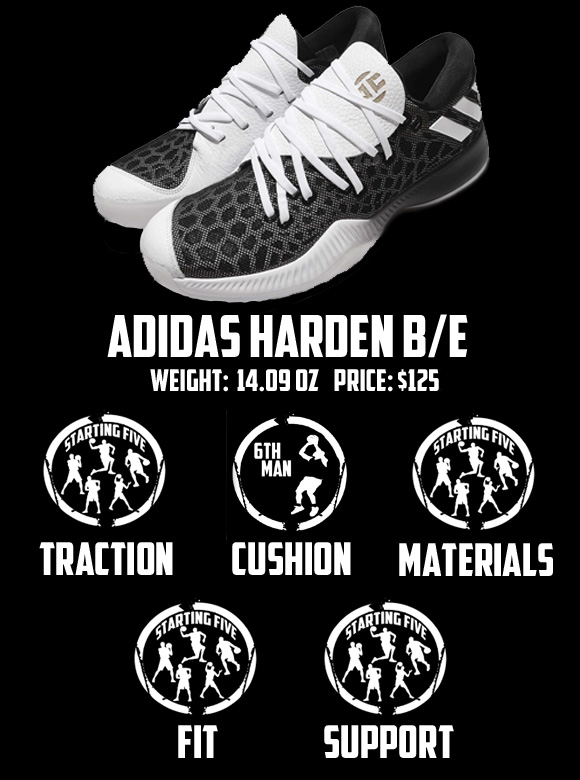