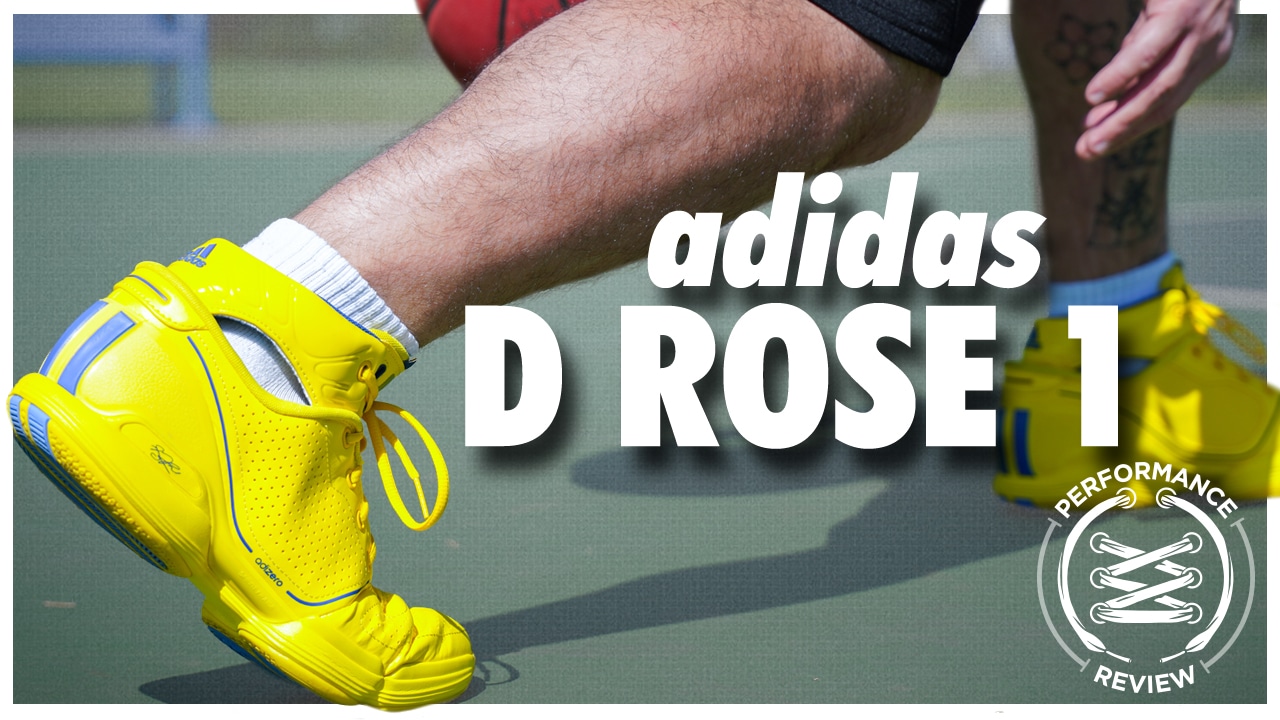 Cilia traction isn’t used much at all anymore by adidas Hoops, but it was pretty popular back when it originally debuted on a number of basketball models from adidas. It was used on team shoes, Dwight Howard‘s signature shoes and obviously Derrick Rose‘s shoes. While I wasn’t unimpressed with the setup, I wasn’t in love with it either. I’ve had much worse, but there is also so much better nowadays.

The nubs that make up the Cilia pattern work pretty well for what they are. Yes, they do collect dust, a lot of dust, but if you remember to keep them clean while running around the court then you should end up with some decent traction. Nothing mind-blowingly awesome, but a setup that works most of the time.

It was the blue sections that I didn’t love as sometimes they’d grip perfectly and then other times they would slide out. They feature a wavebone pattern, are placed in the perfect areas, and remain in contact with the ground at all times due to the PureMotion setup, but they were just a bit too lackluster for me. When they gripped they gripped well. When they didn’t… well, y’know.

There isn’t any. This is about as minimal as you can get without removing the midsole entirely. For those that want to be as fast as possible then this is a great option. I don’t feel I’m anywhere as quick as I was when I was younger, but I feel quick in these. I’m able to move without much hesitation (unless the traction isn’t working that day) and I have all the court feel I could ask for. However, my knees feel the pain a couple of hours after I’m done in these guys which makes me not want to take them out when I know I’ll be on the court for a few hours.

If I were to be playing in regulated league games then this would likely be a shoe I’d put in my bag just for those days I want unrestricted mobility. But if you are a pick-up game type of hooper that will be in the gym for hours on end then you might want something with a bit more cushion — or swap the insole for something that gives you just the right amount of cushion while still retaining this speedy style of setup.

Materials on the D Rose 1 Retro are different than what was featured on the original. However, I don’t feel that the performance would be altered in any way. Whether you use synthetic patent leather or synthetic leather, you should be receiving the same overall performance. Now, if the materials were a bit nicer, like what was featured on the suede version, then you’d lose a bit of strength to the material, but you’d get something that was a bit nicer feeling overall.

For me, the synthetic setup did what I hope my basketball shoes do. Break-in well, hold up well and contain the foot. Every box was checked. So while the score looks a bit on the “meh” side of things, it’s only due to being a cheap synthetic and not because it didn’t work.

My main gripe with the fit, other than the fact that they don’t fit true to size, is that my toes will jam into the front of the shoe sometimes. That will eventually lead to what some call black toenails. If this didn’t happen on occasion then I would have really loved the snug fit overall, but the random toe jamming is painful and unwanted.

The support mostly comes from the way the D Rose 1 is constructed. It’s a deconstructed type of build where the shoe is built on a TPU chassis known as the SprintFrame. These newer versions of the SprintFrame are much more forgiving to the foot than the original versions that used to dig into the sides of your feet.

But this style of construction was one that I’ve always enjoyed and found interesting. The heel counter is stronger than most, as is the torsional support, due to the chassis frame. The rest of the shoe is built directly onto it which is how the shoe is able to keep its weight down without being a flimsy sneaker. Add to the SprintFrame adidas’ PureMotion setup and you end up with a shoe that is very stable and supportive while also being incredibly lightweight.

While the adidas adiZero Rose 1, it’s original name, was once the start of a new lightweight era in performance basketball footwear, I don’t feel like it has held up as nicely as it could have. However, I do feel that adidas, and other brands, have learned a lot from building shoes like this to where we now have shoes that are similar in structure/build that are beastly beyond belief — the Air Jordan 34 is a prime example. It’s a shoe that has no business being as light and supportive as it is, but without losing anything like cushion, traction etc. The AJ34 took everything that the D Rose 1 did right and built upon it. So, without the D Rose 1 we likely wouldn’t have shoes as great as the AJ34.

It may seem weird, but I feel it’s true. Without adidas’ push to move into a super lightweight era of shoes, footwear they once considered “light done right“, then I don’t feel we’d be where we currently are today in terms of lightweight performance.

So, while the adidas D Rose 1 Retro may not hold up as nicely as I would’ve liked, they’re still a special shoe. We should be thanking the team behind the shoe for what we’re able to play in today — a decade later. If it wasn’t for this shoe the current generation of basketball shoes wouldn’t be what they are today.