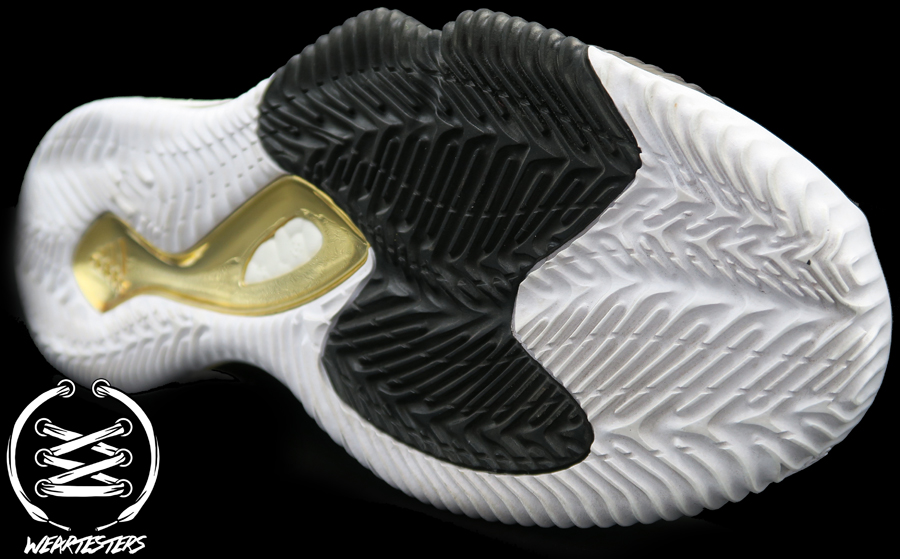 The dual density rubber setup worked perfectly with the pattern used. With the solid black section, on the colorway worn, is a pretty dense rubber which is durable and works well even when dust is present. Everything that you see that is white rubber is a much softer rubber; it’s a more pliable compound that gripped like crazy. Together, the two proved to work well on multiple courts and conditions, along with being durable. Such a huge shift from last year’s CrazyLight model. 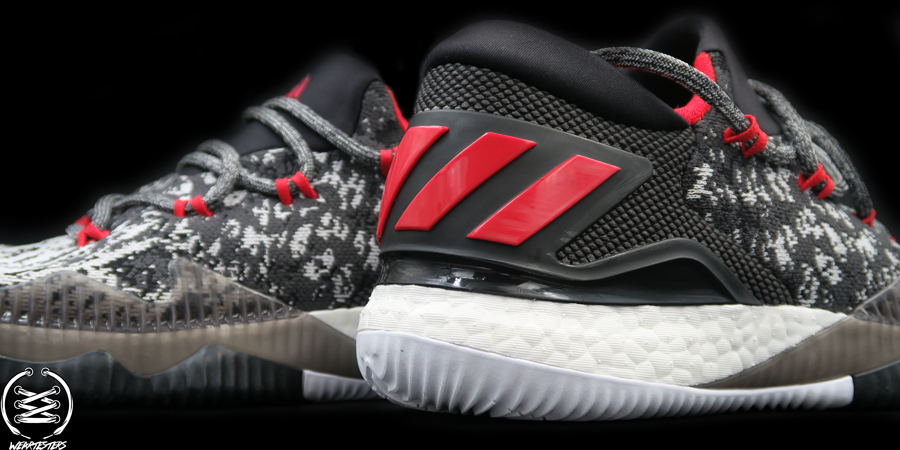 Cushion – Full length Boost is finally available in a basketball shoe, and it’s a little different than I initially expected. adidas put a ton of Boost pellets in this midsole — the most it’s ever used on any shoe. By doing this it made the midsole a little firmer than previous Boost models I’ve worn. I know this sounds like a negative, but it’s actually really positive. While you don’t get that bouncy springy feeling you may be accustomed to, you get a slab of midsole that absorbs impact like nothing I’ve ever worn before. It’s something that works without you feeling it. On top of that, the firmer setup ensures that the Boost remains stable enough for the game of basketball.

Transition is super smooth from heel to toe and toe to heel regardless of your foot strikes or lands. The transition from one point to the other is as smooth as it gets, like rolling around an air filled bounce house smooth. Wherever your foot strikes the floor, Boost is there to protect it. 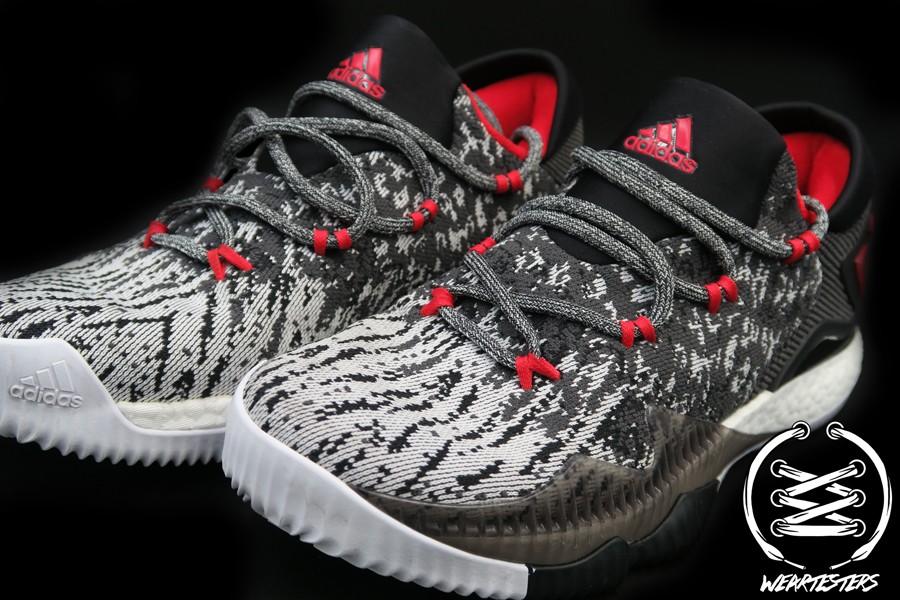 Materials – The pair I’ve been wearing features Primeknit while the first run of CrazyLight Boost 2016’s will feature Jacquard. I don’t think there will be much of a difference as the Primeknit used is backed by a nylon which restricts the natural stretch the knit has. Both materials will stretch less and contain more — which is what you want — while requiring very little break-in time.

The only real difference between the two is that the Primeknit version doesn’t have a tongue. Instead, it features a neoprene section that makes the upper similar to one-piece construction. This is great for lockdown and containment, but it doesn’t allow you to customize the fit much. Personally, I’d have preferred the setup found on the regular versions of the CrazyLight Boost 2016 since I would be able to tighten and loosen the midfoot as needed. 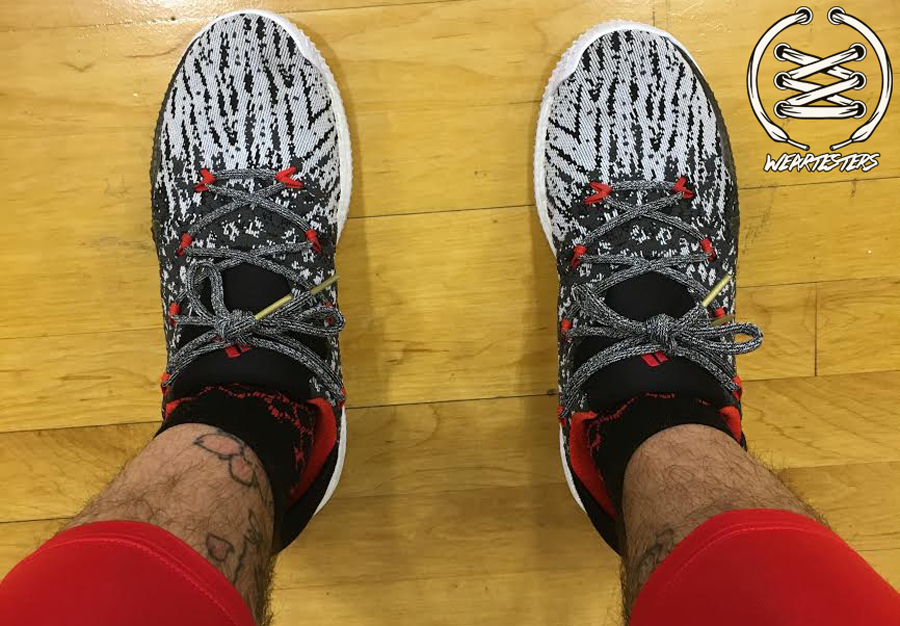 Fit – The adidas CrazyLight Boost 2016 runs true to size so that’s what I’d recommend. It’s narrow at the base of the forefoot so wide footers may want to consider going up 1/2 size or skipping the shoe altogether. That section does break-in during play, but each night I played in them they started off pretty snug, even for me. Just something to consider.

Lockdown is incredible, especially in the heel. The forefoot, as mentioned above, is pretty snug so lockdown there is great. However, the heel section cups the heel of the foot so perfectly that you won’t even realize that you’re wearing a low top shoe. 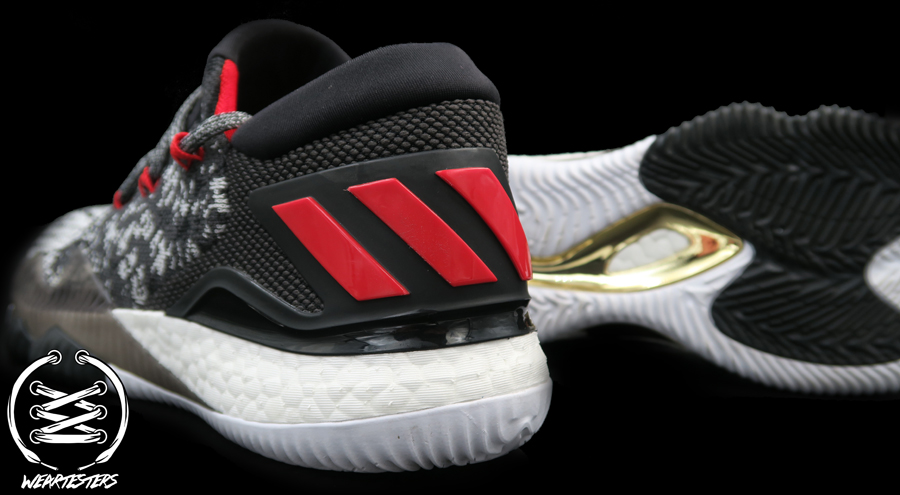 Support – Everyone should know by now that ankle support in a shoe is a marketing gimmick. It isn’t real. You can get the same support from a low as you would a mid or high so long as the support features and the way they were implemented work. That’s what adidas was able to do with the CrazyLight Boost 2016.

The support starts with the Boost, surprisingly enough, as there is more Boost here than in any other adidas model to date. Creating ultimate impact protection and responsiveness without sacrificing stability plays into the support. Just for good measure adidas designed the lateral outrigger section to cage the lateral forefoot of the Boost midsole. This is a fail safe Boost midsole as the designers have done everything possible to ensure it won’t collapse on you. There is a torsional bar in place for torsional support, an external TPU heel counter that ensures your heel remains on the footbed at all times, and nylon lacing that ensures the midfoot remains on the footbed at all times. This shoe features everything you need, nothing you don’t, and it all works perfectly together. 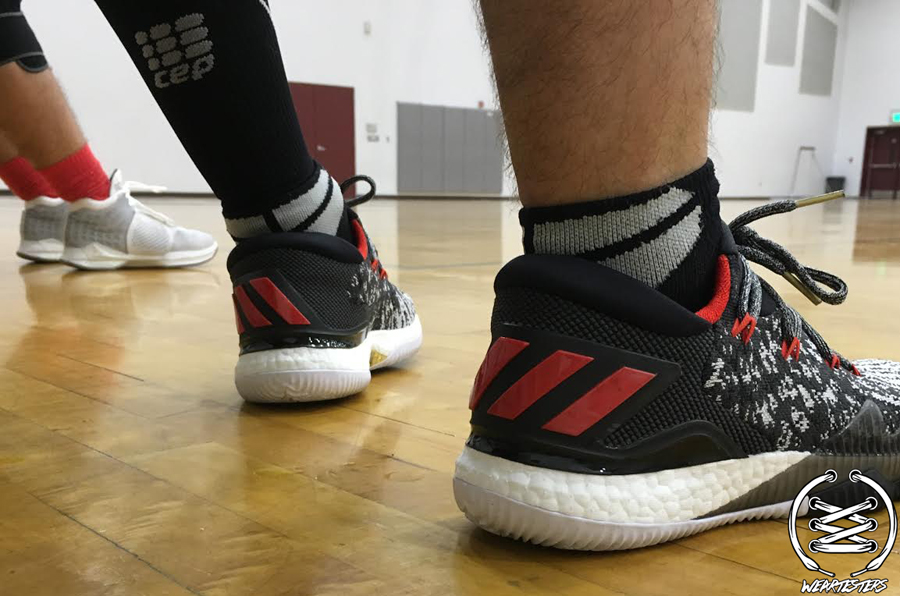 Overall – adidas claims the CrazyLight Boost 2016 is the ultimate low top. They’re not wrong. Wearing the CrazyLight Boost 2016 feels like you’re wearing the Kobe 4 or 5 on steroids. Ultimate lockdown, ultimate cushion, ultimate traction…the only issue would be the fit and that’s only because it’s narrow to the point to where it may not accommodate everyone — which is totally a nitpick as achieving the perfect fit for every foot on the planet is nearly impossible.

The best low top on the market features three stripes. Who would’ve thought? 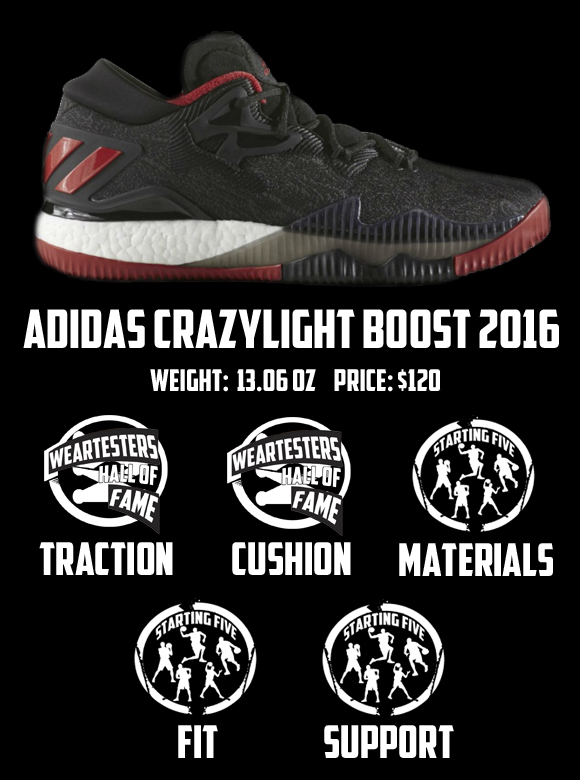