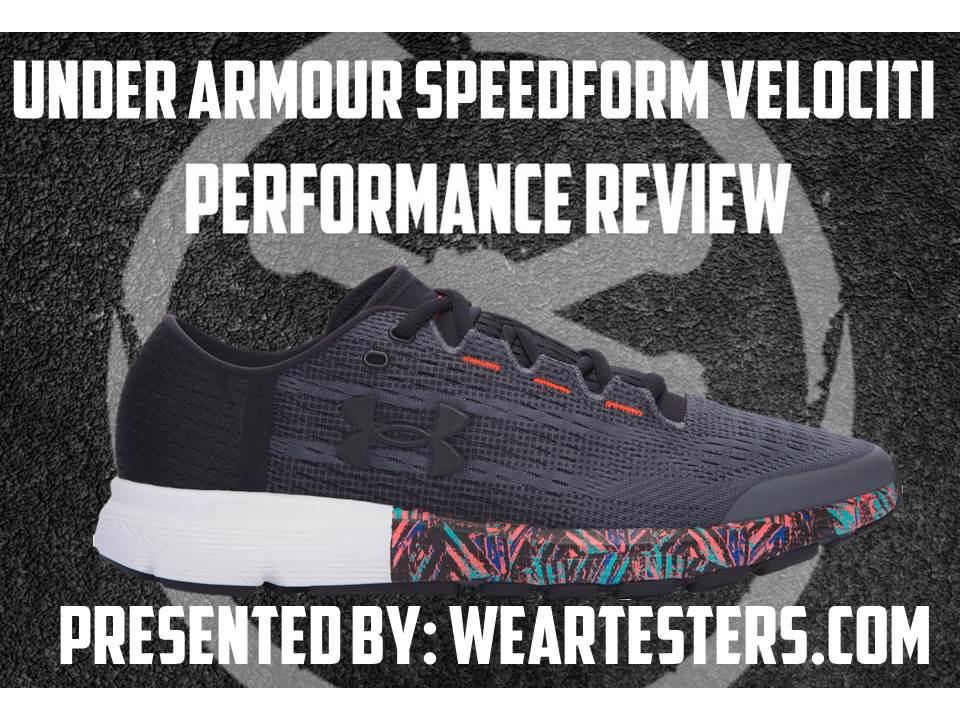 Get ready because this SpeedForm Velociti review is a little different. Yes, it’s a shoe review that covers traction, cushioning, fit, and all the other details normally discussed. However, there is one additional aspect to cover.

The Under Armour running line has been updated with a Bluetooth tracker in the midsole, forming the brand’s Record Equipped (RE) line. This allows the wearer to track distance, route, and performance without having to carry a phone or fitness tracker. How does it work? Here is the easy part. 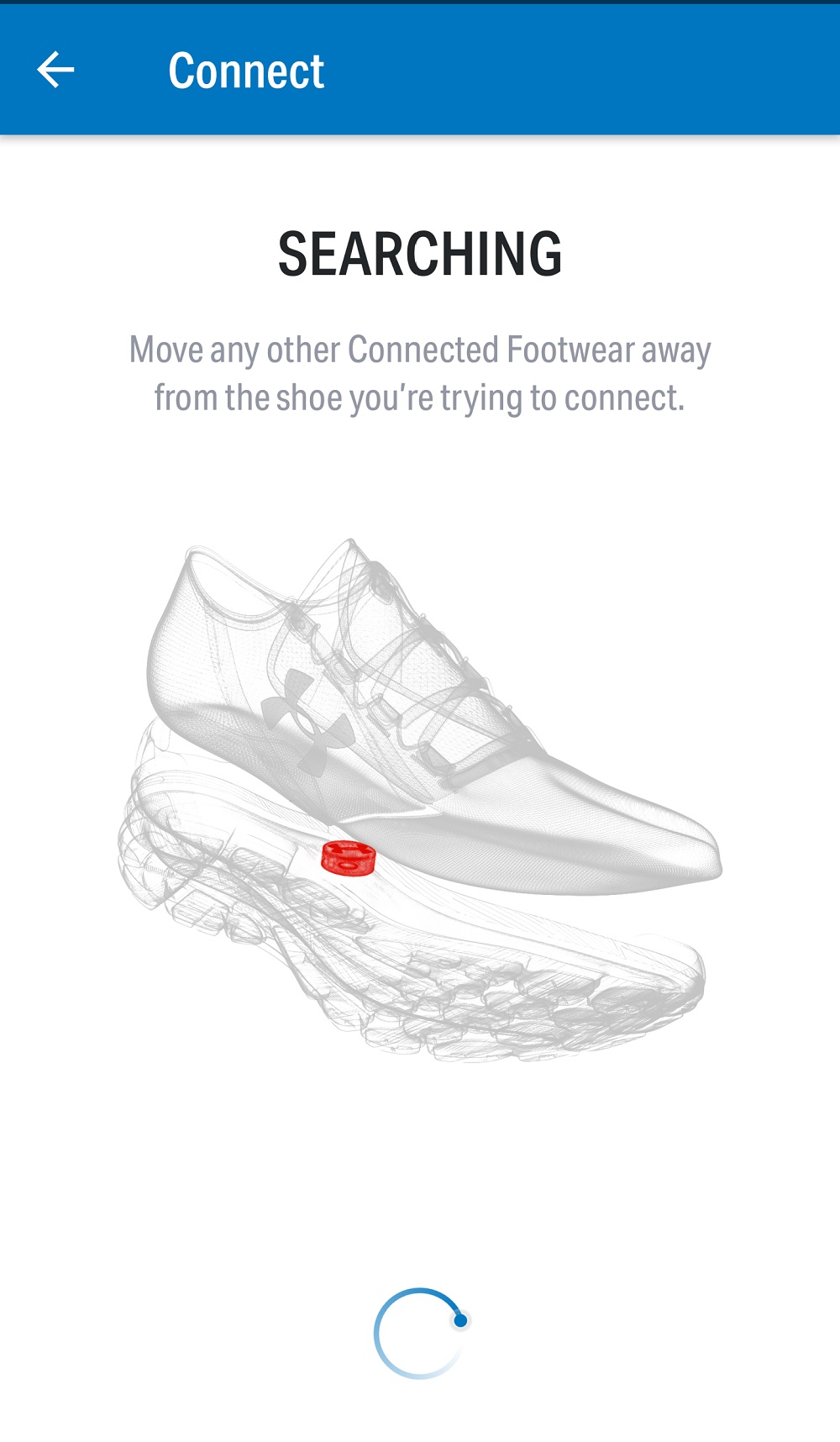 The first step is buying the shoes. The model I reviewed, the SpeedForm Velociti, retails for $140 — that $30 more than the non-Bluetooth build. Next, download the app according to the booklet provided in the box. Once you have followed the step-by-step directions on setting up the parameters, such as height, weight, and fitness level, you will be asked to pick the device (headphones, shoes, or tracker) you will be using. Once it’s connected to your phone, the fun begins. 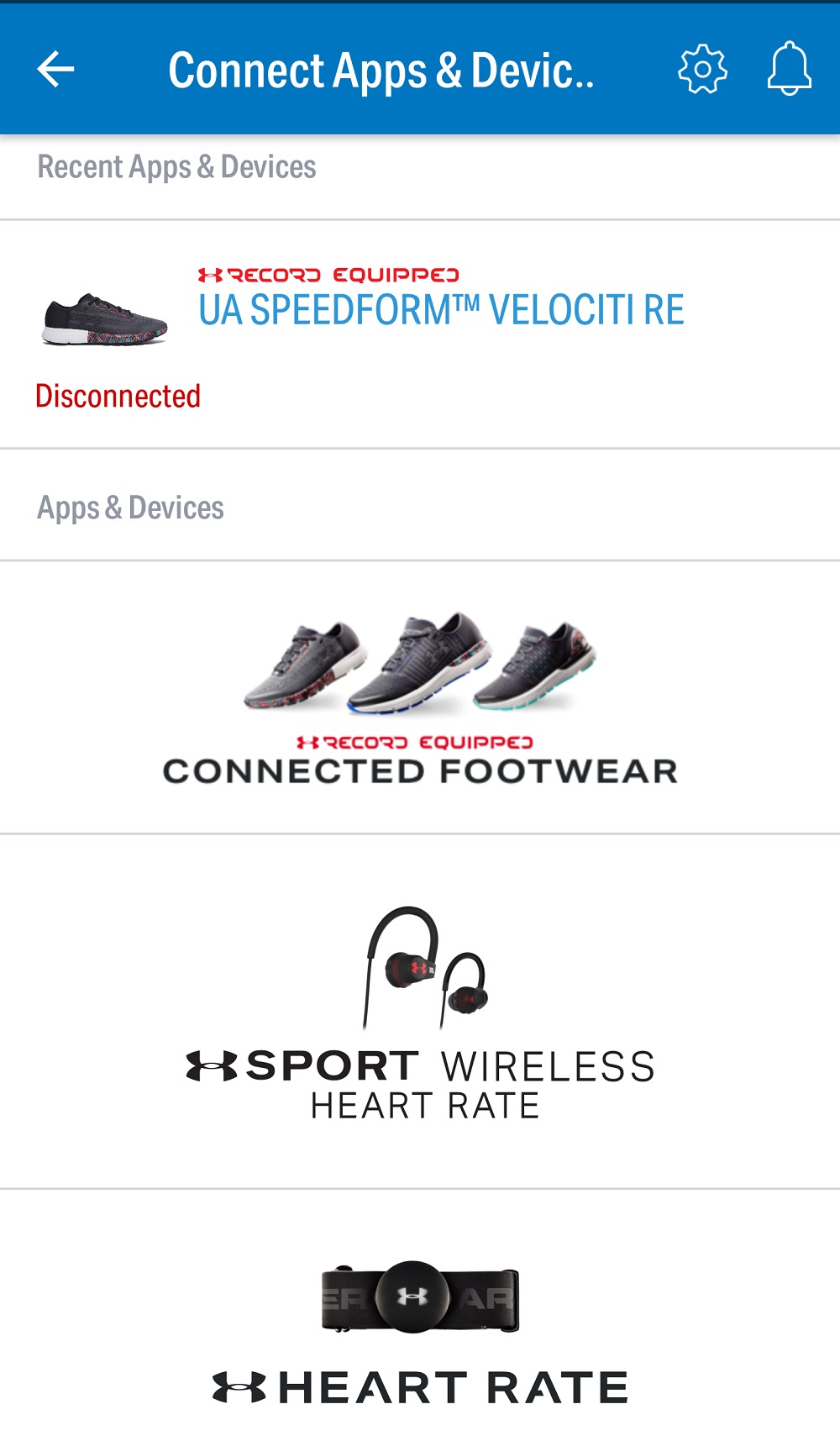 You jump. Six times, to be exact. You are supposed to jump as high and fast as you can, and this tells the device what type of workout you should be doing that day — slow, low jumps lead to low energy, low intensity workouts.

If you are fast and high, the workout will lean toward higher intensity, faster speeds, and longer distance. Simple, when you think about it: the shoes tell you what your mind already knows but refuses to accept — some days, you just aren’t ready for an extreme workout, so listen to your device, if not your body.

Now, how do the shoes perform? Well, let’s go… 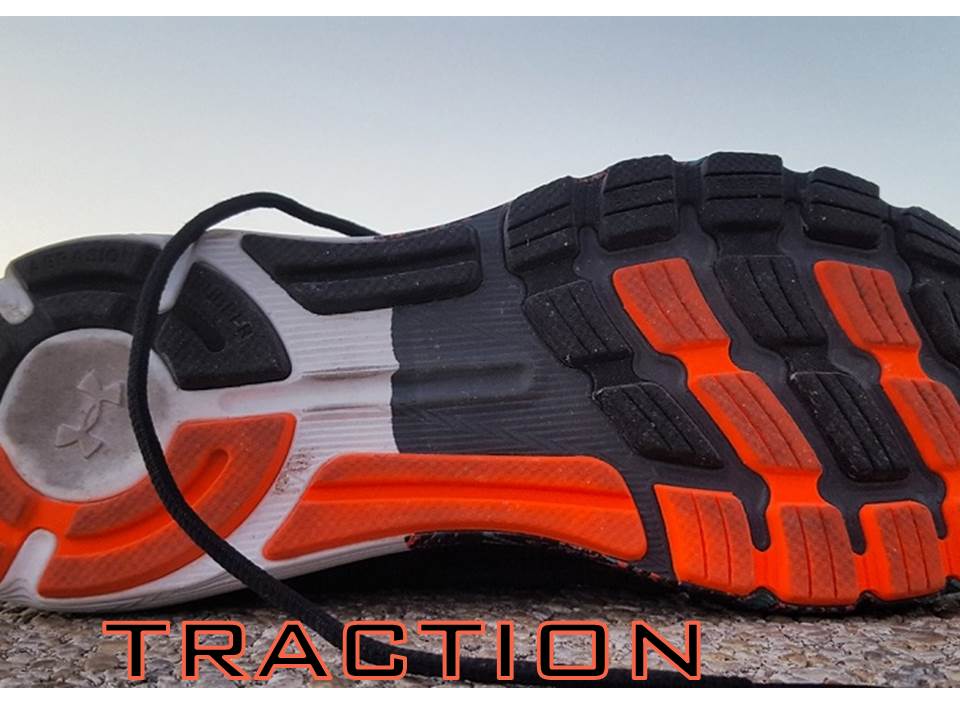 No problems at all here. There is super-tough rubber placed on high-wear areas around the toes and heel but separated and cut out for flexibility. Because the traction pattern is deep very little wear shows — even after 60-70 miles.

Most of the outsoles that make a point of covering up in hard durable rubber end up feeling stiff and have rough transition, which for a speed shoe makes no sense. The Velociti is a speed shoe, so Under Armour designed flex points across the forefoot for better toe-off and landing. This also allows the SpeedForm Velociti to dig in and grab the surface better than a normal flat sole, making different surfaces no problem — gravel, paving, concrete, wet or dry. Honestly, for such a thick and stiff midsole cushioning the transition was excellent. 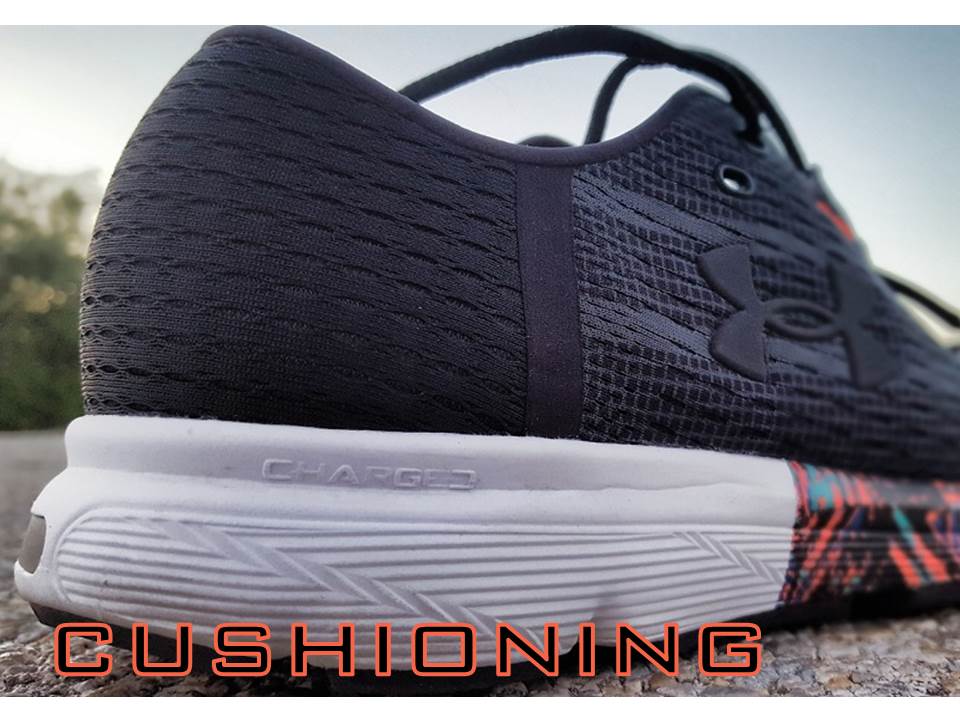 The midsole is Charged, and we know what that means, or at least we did. When Charged first appeared in the Gemini, it was a soft but responsive ride, having a bounce that was close to the best in the business. The Speedform Fortis came next and it had the same midsole — bouncy, cushioned, and responsive. Then the Curry 2 appeared in the basketball line, and Charged…changed. It became stiffer and rode lower, providing a responsive, quick feel, but little of the bounce we got from the first.

The SpeedForm Velociti has the second version, but that doesn’t mean it’s bad, just different. The Velociti starts off stiff in the midsole, which is a strange feel with the flexible outsole, but after 10-12 miles the Charged begins to come alive.

It still isn’t mushy, but it does compress and respond nicely, bouncing back to form and feeling quick. Road impact was good — not as cushioned as a true Cushion category shoe — but on short speedy runs the midsole was perfect. The longest run put in these was eight miles and no pain was felt at any time. 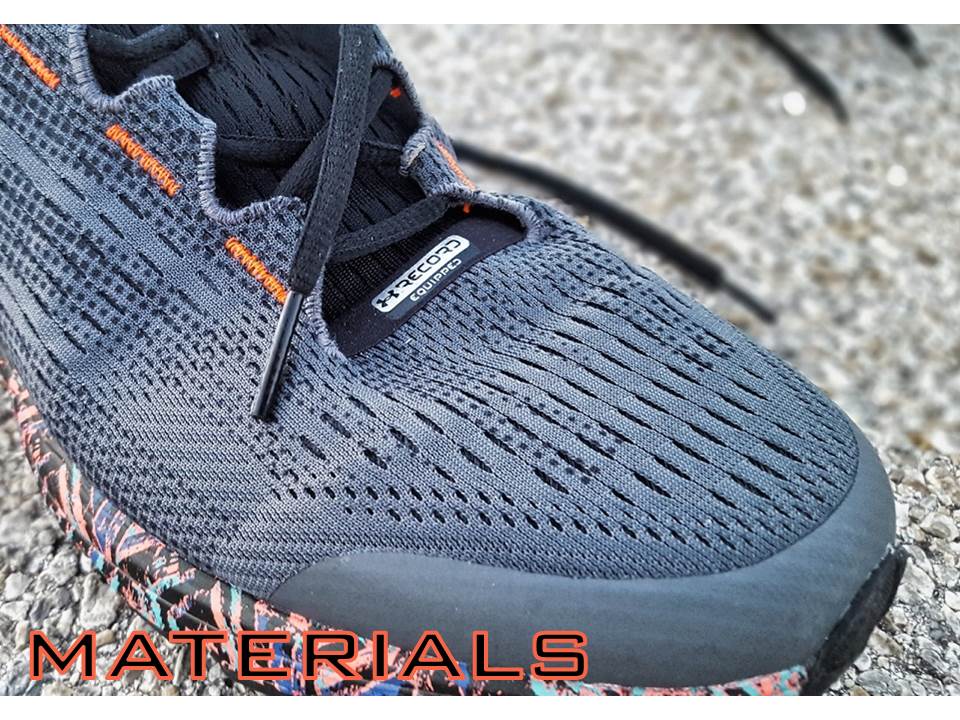 Engineered mesh makes up the upper, and it is okay. Not great, but it forms on the foot nicely and is fairly durable. Honestly, Threadborne would have been better, but every shoe can’t be Threadborne. The mesh here is open cell and well ventilated but it is nothing we haven’t seen in UA Running shoes the past two years.

The tongue is thin and not padded at all, but the laces are wide enough that there is no pressure except for the top lace. When laced tight, there is a little pain across the top of the foot, but nothing that screams your foot will fall off from loss of blood. The toebox has a fused toewrap for durability, but honestly, who toe drags while running? That could have been deleted and the flexibility gained would have felt really nice.

As for the insole, the Velociti is a Speedform shoe, so the insole is sewn and glued in. If you wear orthotics, good luck. 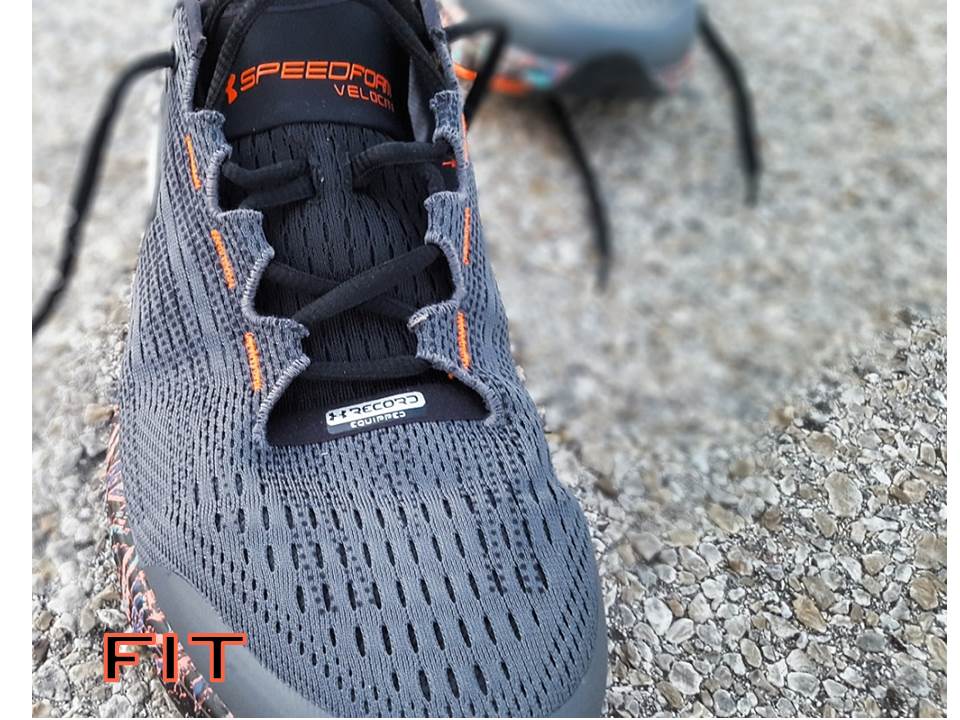 If you are looking for the complaint department regarding theSpeedForm Velociti, look no further. Initially, a size 10 was sent for review. Way too small, but my normal is a 10.5, so another email and a 10.5 was sent. In both length and width an 11 would have probably been better.

The toebox is cut narrow, especially at the end around the toes, so the sides were pinching me after a couple of miles. Had I gone up to an 11, the heel would have been moving all over the place, so not an option. As thin as the heel construction is — and it is thin like the original Apollo — if it doesn’t fit exactly then heel slip is a given.

The overall upper just never formed to my foot and felt like an extension of me — like the Gemini 3 and Threadborne Slingflex did. There was no chafing or blistering, so the inner materials did the job, but the break-in just never happened. 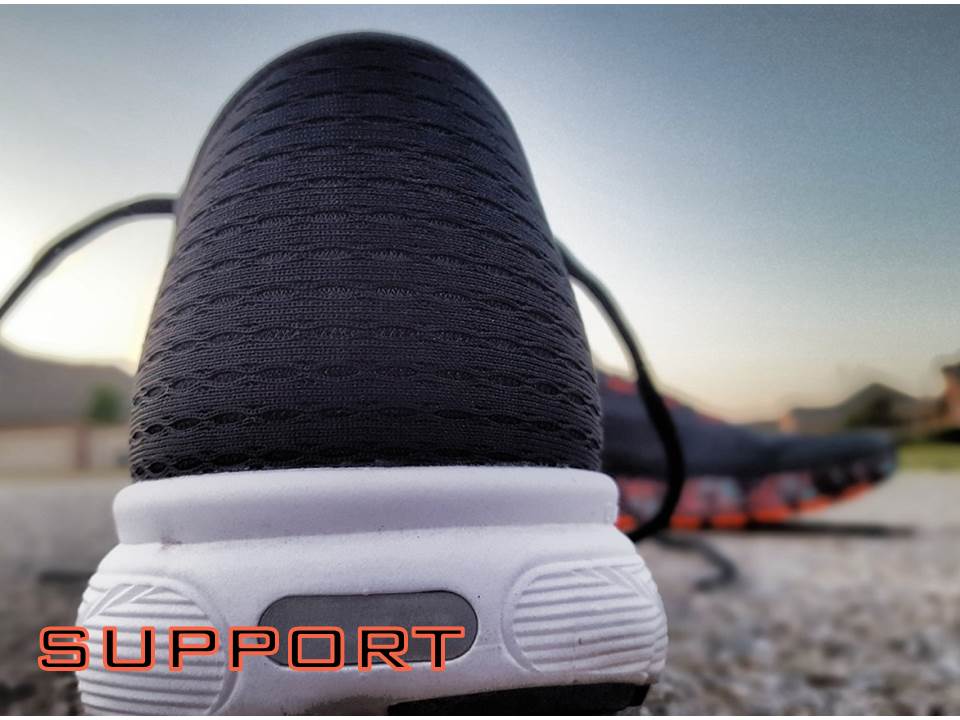 About what was expected looking at the tech specs. The SpeedForm Velociti is a speed runner, so no medial post or additional pronation help, but the heel cup is solid for being so thin. The midsole is thick and fairly stiff at the heel and midfoot (so no unwanted flexing there) while the forefoot allows for movement under the toes to help with uneven landings. One side may land up and the other down but the Velociti is like independent suspension in a car — it allows the move but compensates.

The lacing structure does allow for the shoe to be pulled extremely tight, but again, if you do there will be some lace pressure. The base is wide for those crash landings when you get tired (we all do it — that last half mile gets a little sloppy sometimes). For the category, there are no issues at all with the support of the SpeedForm Velociti. 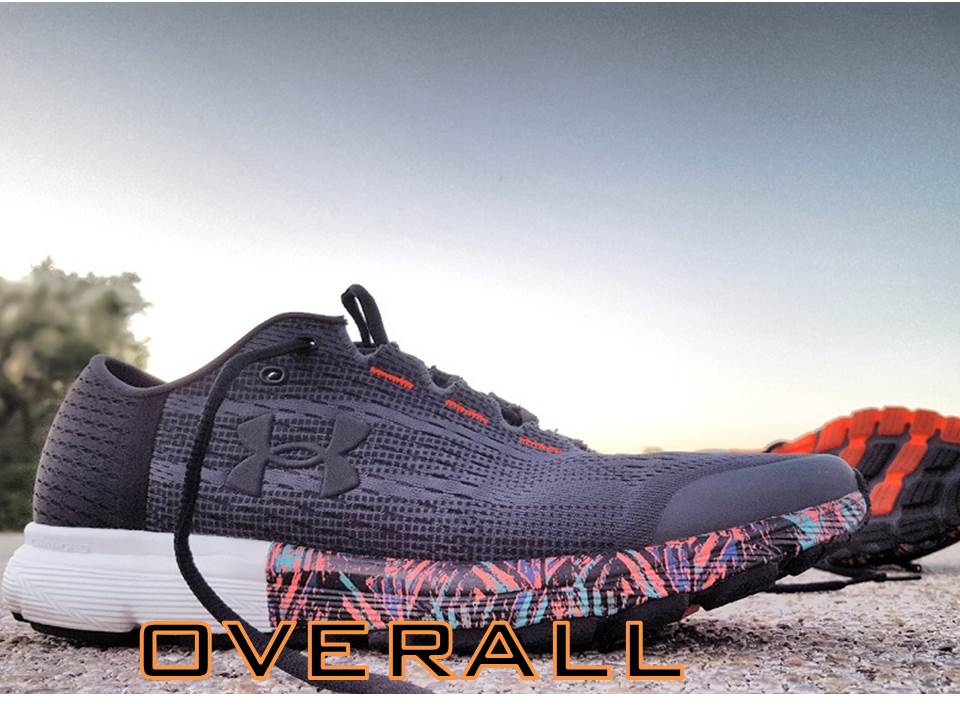 The Speedform Velociti RE is a serviceable shoe. It is not the best cushioned, or best fitting, or best materials from Under Armour’s running lineup. But this shoe is more about the technology present, sort of like the Architech was last year.

It is a “try and see” shoe that gets the MapMyRun technology in the consumer’s hands at an affordable price point. On that alone, good job. The tech is extremely useful and helpful without adding weight or structure to the shoe (honestly, you don’t even know its there until she talks to you).

As far as the performance of the SpeedForm Velociti: if you like a stiffer ride that is durable and still cushioned well the Velociti is what you want, especially if your feet are a little narrow. If you need a form-fitting wider shoe or you prefer a bouncy ride keep looking (at Under Armour’s Europa RE).

We at WearTesters are excited about the direction Under Armour is taking the marriage of technology and gear; it is becoming a fine-tuned machine in all categories. The Velociti shows how far Under Armour will go to help the largest segment of athletes: all of us. 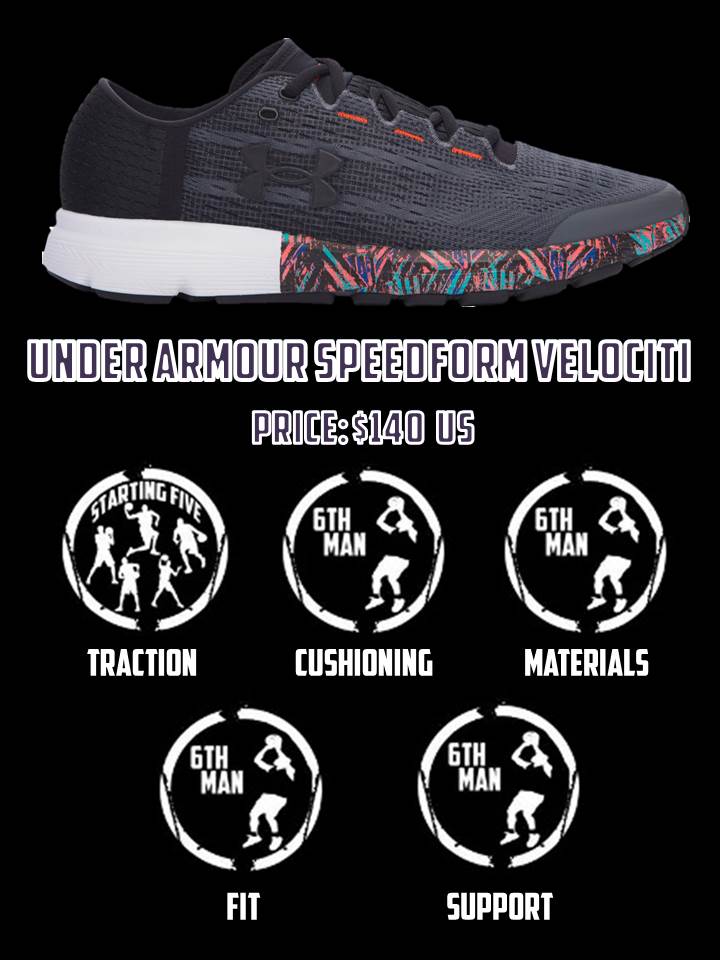