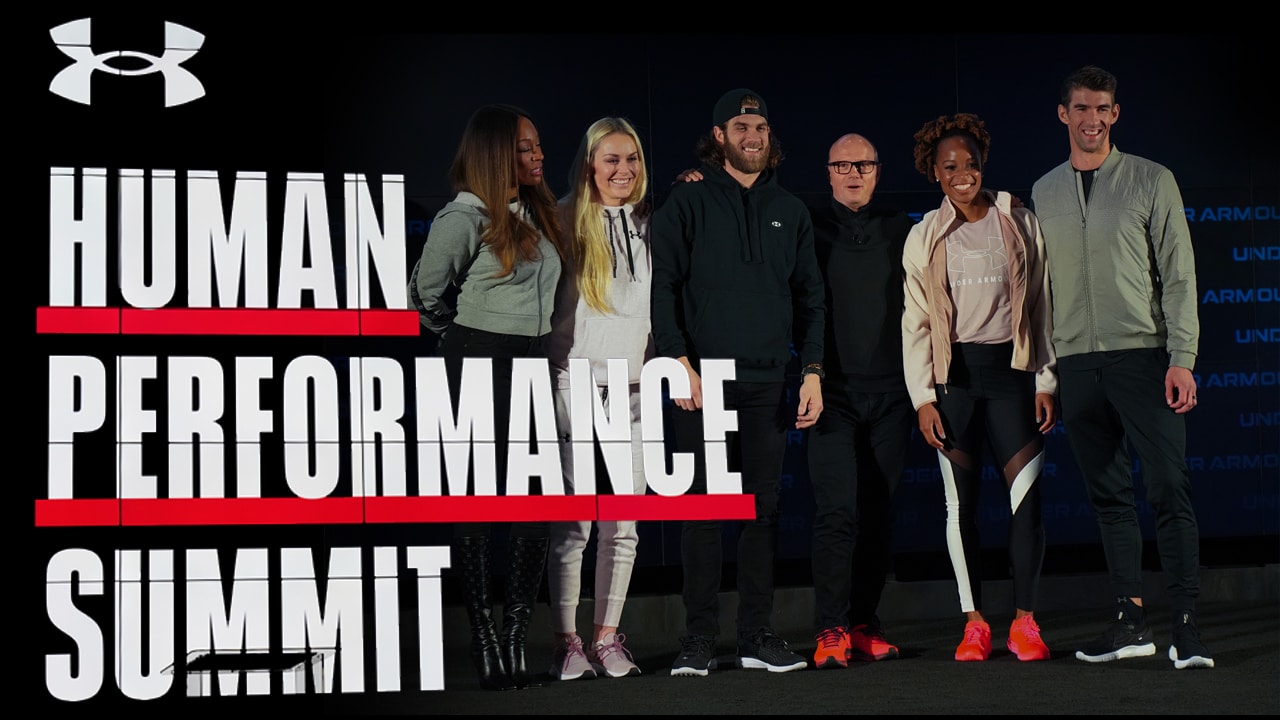 This week, WearTesters was able to visit Under Armour’s Baltimore, Maryland headquarters for the first Under Armour Human Performance Summit.

You’ve no doubt seen plenty of social posts about the event. The hashtag #theonlywayisthrough started trending on Tuesday after new Under Armour CEO Patrik Frisk unveiled Under Armour’s new slogan in an event filled with star athletes like Michael Phelps, Bryce Harper, Lindsey Vonn, and Natasha Hastings. The idea is the new slogan becomes as synonymous with Under Armour’s brand as “Protect This House” once was.

But even with all the above, the most interesting part for the WearTesters team was not the new marketing slogan or the product itself, it was Under Armour’s overall focus. Chris explained it best in an Instagram post on the last day of the summit.

The @WearTesters squad at @underarmour ‘s #HumanPerformanceSummit in Baltimore. Downtown Baltimore is a really cool looking city — especially by the water. The Summit has been very informative and I’m excited to see how far UA takes this performance campaign. It feels as if UA is not interested making its brand just about lifestyle or just about performance, but making the brand about performance being a lifestyle. From what you eat, to how you train and even how you recover. I dig it. . . . 📸 @jenniferrochon_jro. . . #WearTesters #NightwingKnows #JustWingIt #TheOnlyWayIsThrough

As Chris said, Under Armour views performance as a lifestyle. Why do you eat right, sleep right, work on flexibility, exercise, and read our reviews to find the best performance products? Because you want to be ready. You never know what life will throw at you so you need to be prepared.

That message really hits close to home for us because it’s what we preach everyday. We review shoes, apparel, and sporting goods so our audience knows which of the products will perform best for them. It’s all about finding a product that can handle any conditions you’ll face and help you achieve your goals.

While at the event, Chris, Jodi, and I learned a ton about performance from experts like former Director of Sports Medicine for the Phoenix Suns Dr. Michael Clark (the guy the fixed Grant Hill!) and sports psychologist Dr. Michael Gervais. For example, did you know that foam rolling before stretching better prepares your muscles to stretch? Or that calm, focus, grit, and control are trainable attributes? There’s so much that goes into performance. At WearTesters we just scratch the surface. It’s nice to see Under Armour focusing on the entire range of what contributes to performance.

Which brings me to the other thing that really stood out about our trip to Under Armour. Every single athlete and trainer that was part of the Under Armour team said the same thing: being part of Under Armour was like being part of a family. They genuinely cared about each other. Training alongside them and talking with them, I could see it wasn’t an act. High level executives mingled with (and worked out with!) journalists, influencers, and PR people. Kevin Plank even said hi to me as I walked down a hallway (I had just turned and didn’t realize who it was till a few seconds later). The atmosphere at Under Armour was unique.

Because of the focus on performance and the family atmosphere, I came away impressed. The markets may be down on Under Armour. You may not have found a shoe from them that you love. Maybe you don’t dig the logo. But keep an eye on them. The people at Under Armour are a family focused on the right things.

I left expecting big things out of Under Armour. Their baselayers and apparel are already world class. They’ve got the right culture to attract high performers. And their new “The Only Way is Through” mindset is a perfect fit for an underdog. If this reemphasis on performance helps Under Armour produce more great products, it’ll be a big win for consumers everywhere.