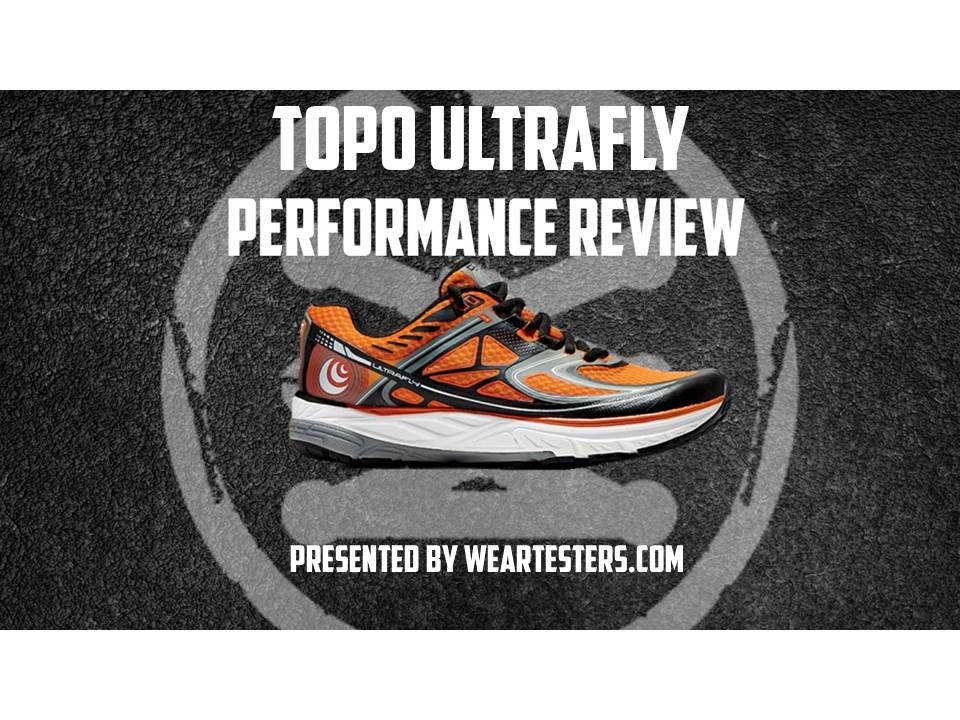 Guess what WearTesters? That’s correct — another running review!! This one is from a company I only became familiar within the last year but it has already impressed me more than most: Topo.

For those of you who haven’t read my previous reviews of the Tribute and the Magnifly, Topo is a small company from California that makes great running shoes. It may not produce the most aesthetically pleasing shoes but they WORK. Topo focuses on three main design elements to get the best fit possible: a roomy toe box (to ease toe splay while running), lightweight construction (welded overlays keep blisters out and structure in), and low drop from heel to toe for a more natural movement.

All of this brings us to the Ultrafly. Based on the above principles, the Ultrafly features a 5mm drop (28mm to 23mm in the toe) and a beefed-up construction. But if I keep writing this stuff now, you won’t have any reason to keep reading, so… Follow me… 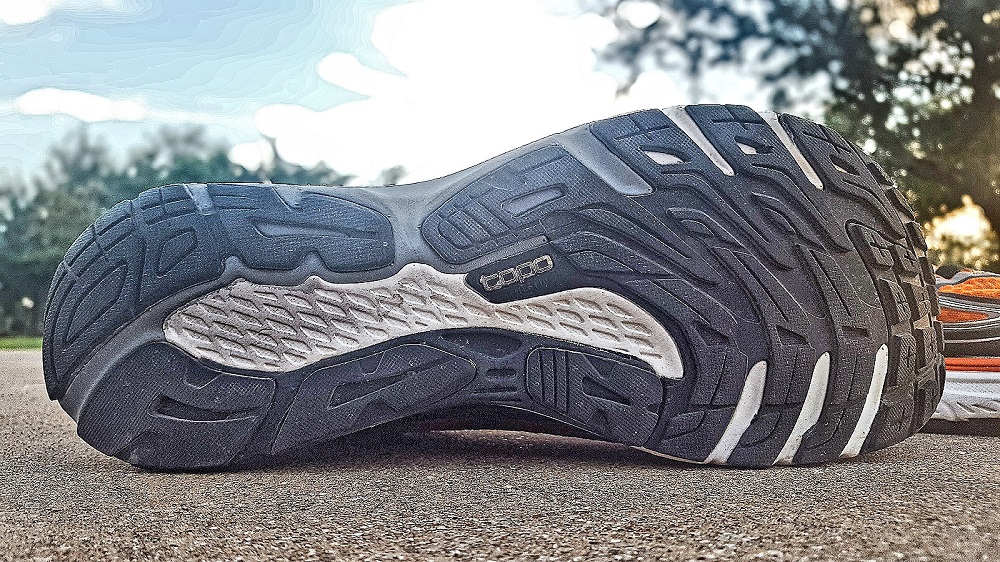 TRACTION – I love, love, LOVE the traction — think trail shoe but smoother, or road shoe but lugg-ier (I know it isn’t a word). There is no slip at all, none, on any surface, be it gravel road, treadmill, or weight room (yeah, I lifted in these).

The black rubber is a harder durometer and is basically midsole foam. If the white hits pavement it is shredded, but luckily that doesn’t happen, because the black never wears out! It’s amazing, and like the endless salsa bar at Taco Cabana, it never runs out. Just be prepared: if you are the kind of person that plays “the sole is wearing, I need new shoes” card, you’ll keep waiting with these. 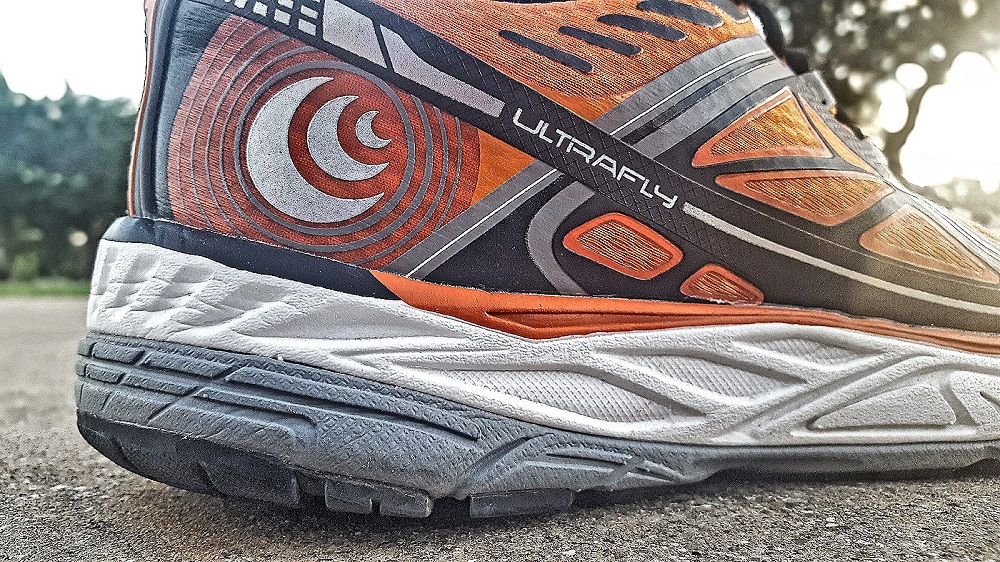 CUSHIONING – The Topo Ultrafly uses the same cushioning as the Magnifly reviewed here, just a little more of it. EVA makes up every piece of the midsole with different densities in support and stress areas (the outside heel through the midfoot for lateral stability). Even though most of the shoe world has developed its own foam, when done right, EVA still provides a responsive, plush ride, and the Ultrafly is the example.

Don’t come here looking for Boost or Zoom response. The Ultrafly doesn’t have any sink-in or mush feeling; your foot lands and the force is absorbed and dispersed across the shoe and then the foot drives back up for the next step. Where Boost feels like a Rolls — floaty and smooth — the Ultrafly feels like a Porsche — quick and nimble. With a 5mm heel to toe drop, midfoot and forefoot striking is promoted, which naturally makes the runner feel faster than a heel strike (I was a long-time heel striker and recently began consciously working my stride forward). 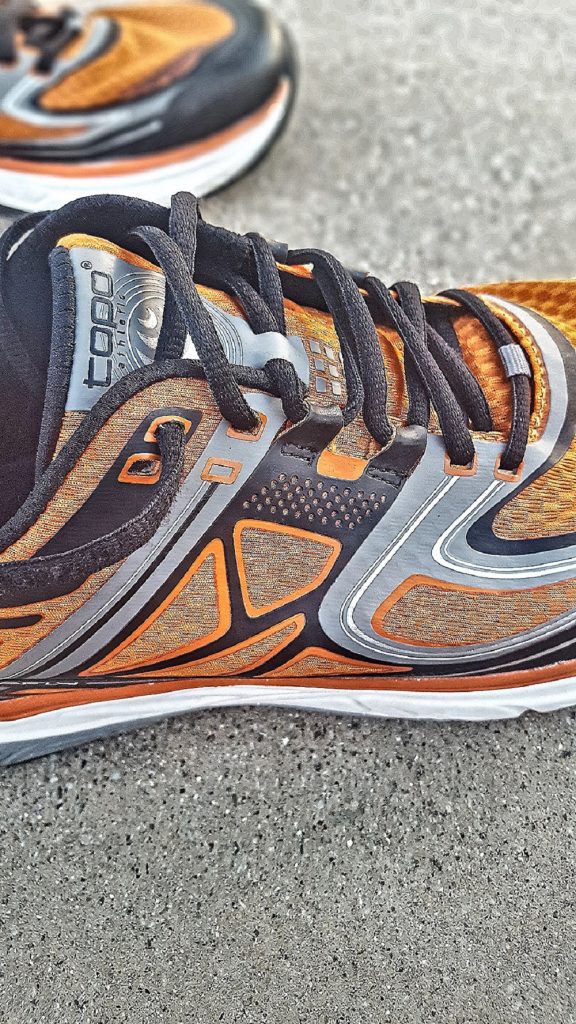 MATERIALS – They’re the same as the Magnifly — mesh and synthetics with welded overlays in high-stress areas. The Topo Ultrafly looks bulky because of the visual overlays but the lines and cross-straps are just TPU welds across the super-breathable and flexible mesh. The mesh is double layered for durability but loses nothing in flexibility. This makes for one of the most natural runners I’ve tested. It flexes and moves in a one-to-one motion and never feels like a drag.

The toebox is capped with a rubber cover, again, for durability, but is wider and tall enough to not cause any rubbing or slamming when running. The tongue is traditional but never, NOT ONCE, slipped to the side — the fit is that good. Speaking of fit… 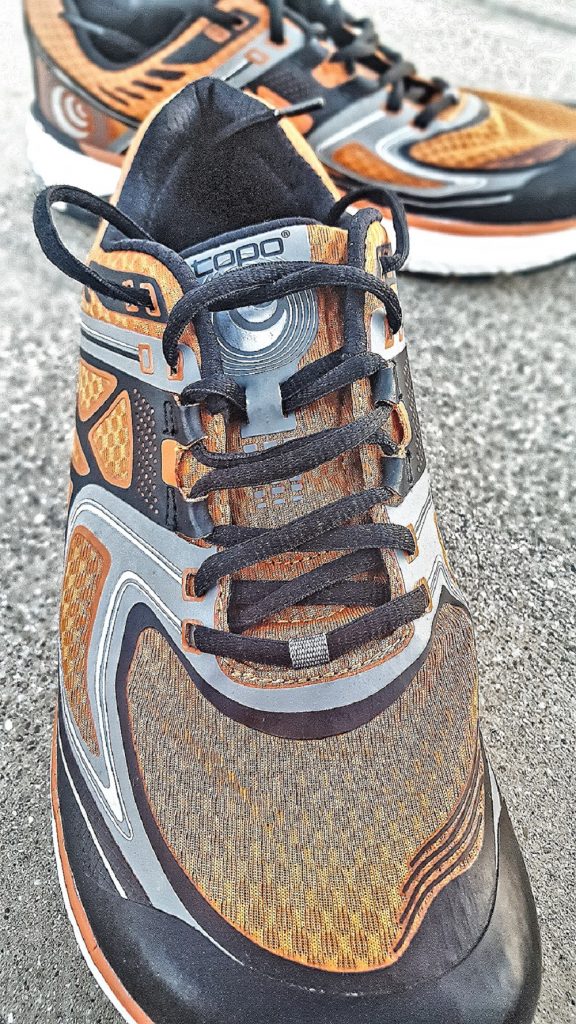 FIT – If the greatness of the adidas Crazy Explosive fit could be brought to a runner, welcome to the Ultrafly. Topo bases the performance of its shoes on great fit and it hits the mark almost every time (I haven’t tested them all, yet). To get it out of the way, go true to size or even a half size up if you like a little extra room, but the wider toe box offers plenty of wiggle for most. Speaking of the toebox, the design is what defines. The wide box allows the foot splay and relax while running and also gives plenty of swell room for the end of the miles when your feet are puffing up.

The heel design completely eliminates any slip in any form. It’s really nothing new, just a tried and true design: an Achilles notch for comfort, dense padding formed around the collar, and the heel is set back from the Achilles so it “digs in.” The closure sits right above the heel bulge and grabs the ankle area in an Aunt May hug like no reunion you’ve been to. 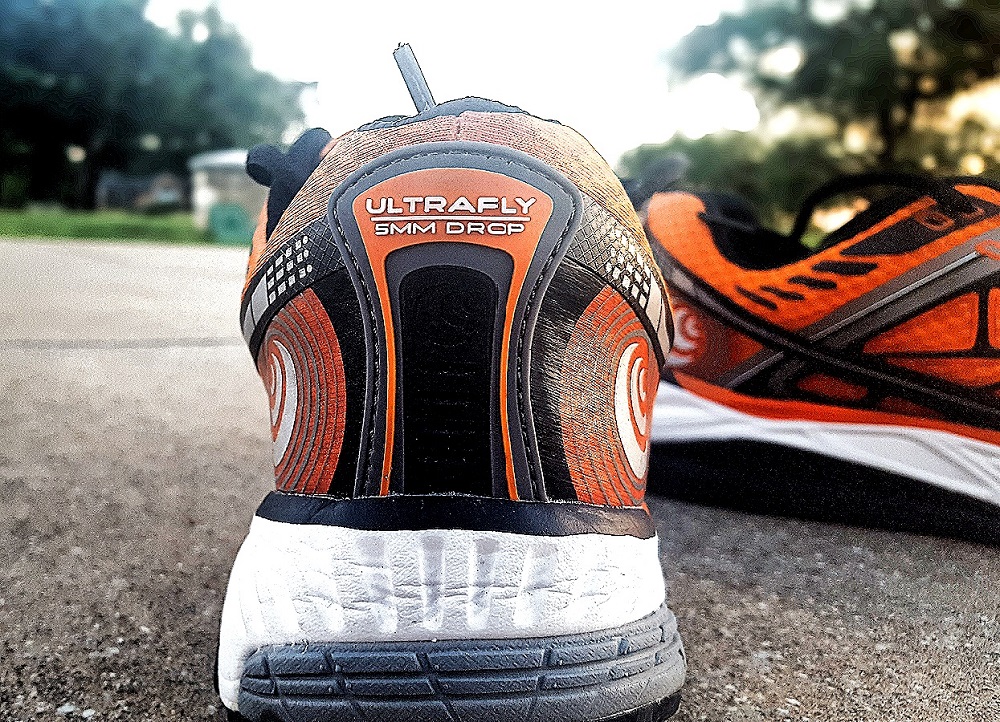 SUPPORT – With the Topo Ultrafly being the “heavy workout” utility runner, you would guess support would be solid and strong. Well, almost. There was never any issue with falling off of the footbed on off-road runs or any midfoot pain from bending the wrong way. However, if you need a shoe to correct over-pronation this isn’t it. The lacing system and fit make the shoe an extension, and the low drop makes the control and transition smooth and fast, but if you have more than a slight turn-in at the ankle, look elsewhere (Brooks Beast, Asics Gel Kayano). Much like a basketball shoe, the wide forefoot base gives a straight landing platform so even if you end up in rough terrain you’re stable.

OVERALL – Topo is quickly becoming one of my favorite companies. Its shoes are built with quality and performance in mind and the designs work just as promised. No, the cushioning isn’t dynamic. The shoes don’t look sleek — actually, far from sleek. But, the wide toebox is a masterpiece and its comfort is undeniable. The heel fit is almost too good and it takes a couple of wears for the padding to “learn” your foot. Until it does, it can be a little painful. The cushioning utilized absorbs anything you can throw at it, and the 5MM drop makes transition smooth.

Buy this shoe if you are serious about running. If this is too much shoe for you, check the Magnifly or the minimal ST-2 (got a pair of those on the way as well). A smaller brand does it again, in a BIG way. 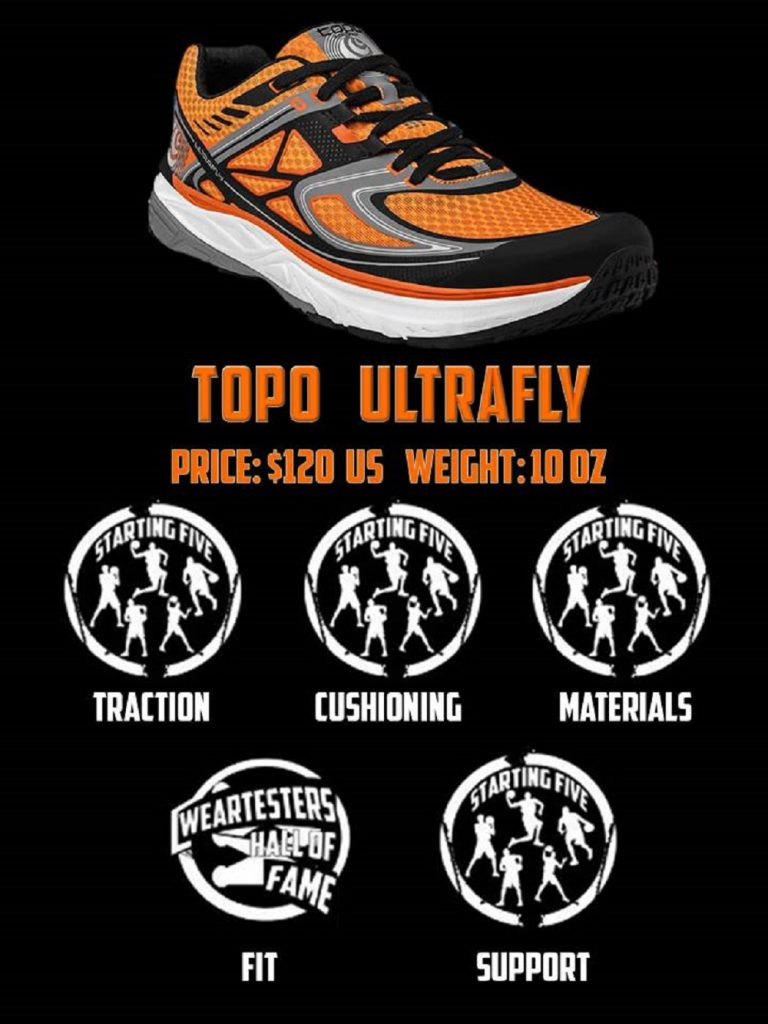