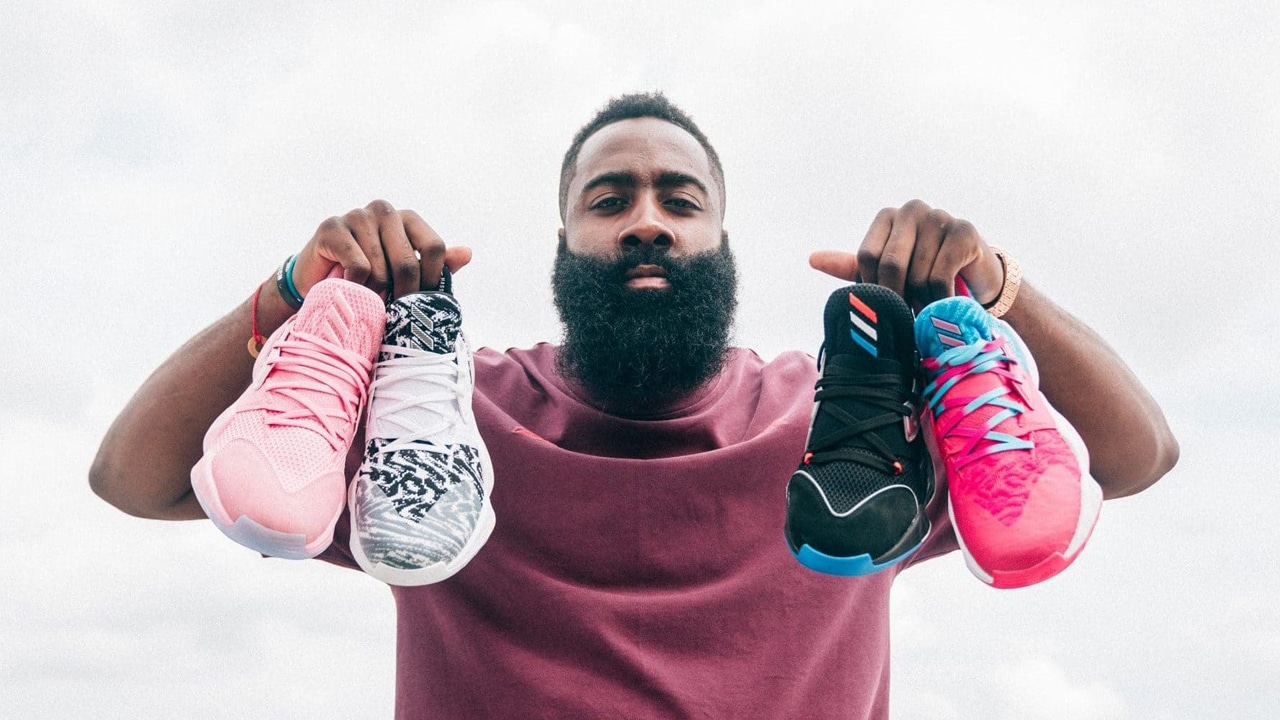 We are only one month away from the next chapter — sorry, volume, for James Harden and his adidas signature line.

Beginning October 12, the adidas Harden Vol. 4 will begin rollout with the “Barbershop” colorway — most notably featured as one of the first colorways Harden was spotted in wearing this offseason. Following that will be an October 26 release in “Pink Lemonade”, “Candy Paint” on October 31, and “Cookies & Cream” on November 15.

Though Harden will start the NBA season in a Friends and Family edition of the Harden Vol. 4, which was created in collaboration with adidas Basketball and Streetwear designer Daniel Patrick, the two are partnering up on a SS20 collection that will be available for public consumption.

Though the initial four colorways feature different materials options, all will be available at adidas for the price of $130. Tech specs include a redesigned traction pattern, the introduction of LIGHTSTRIKE midsole cushioning, and a range of both premium and textile materials — all of which make this a lighter Harden signature shoe than previous models in the line.

Enjoy the adidas press release images below and provide your input by continuing the conversation over in the WearTesters Discord community.