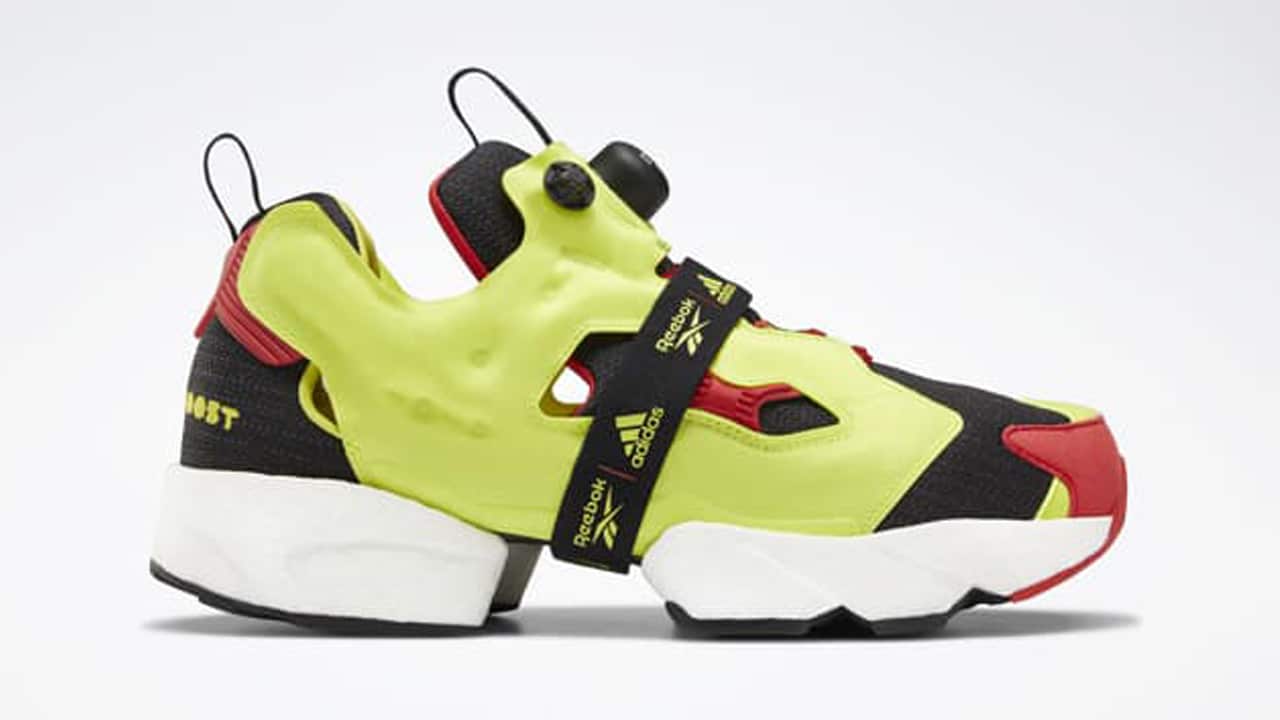 Most know adidas owns Reebok, but what has come as a surprise is that the two are pairing for a collaborative release. Pump X Boost — meet the Reebok X adidas InstaPump Fury Boost.

We all know #BoostIsLife when it comes to comfort. With its brand new unveiling as the Ultimate Statement Shoe, adidas and Reebok have joined forces to create the InstaPump Fury Boost. Coziness is being taken to a whole new ball game by pushing the limits of design and performance with it’s already iconic design.

The Instapump Fury Boost will be available in three exclusive colorways, the “Prototype”, “OG Meets OG” and the “Black & White”.

The “Prototype” model features the original colorway of designer Steven Smith’s ‘pullover’ Instapump fury production sample. For the first time, the classic white, royal blue, and solar orange Fury colorway will be released. The Prototype also gives a subtle nod to adidas’ Boost revolution by incorporating the same mesh panels used in the original Ultraboost. The Instapump Fury “Prototype” will be available exclusively at AtmosCon Japan on October 5 limited to 50 pairs only, global release on November 15.

The “OG meets OG” pack salutes the inaugural Instapump Fury colorway. Steven Smith implemented an incendiary citron-yellow upper, along with some crimson and black accents to make the shoe create a bold look. The “OG meets OG” will be available on November 22 globally.

The Black & White pack is made for the fashion-forward featuring monochrome uppers and metallic GraphLite finished off with a gum outsole. The clean and balanced shoe creates a pure simple look along with the revolutionary adidas Boost technology – thus creating a new creative concept on infusing the past with the present. The “Black & White” will be available on December 6 at select global outlets.

Make sure you head over to our WearTesters Discord channel to chat-up your thoughts on the upcoming release of the Reebok X adidas InstaPump Fury Boost.