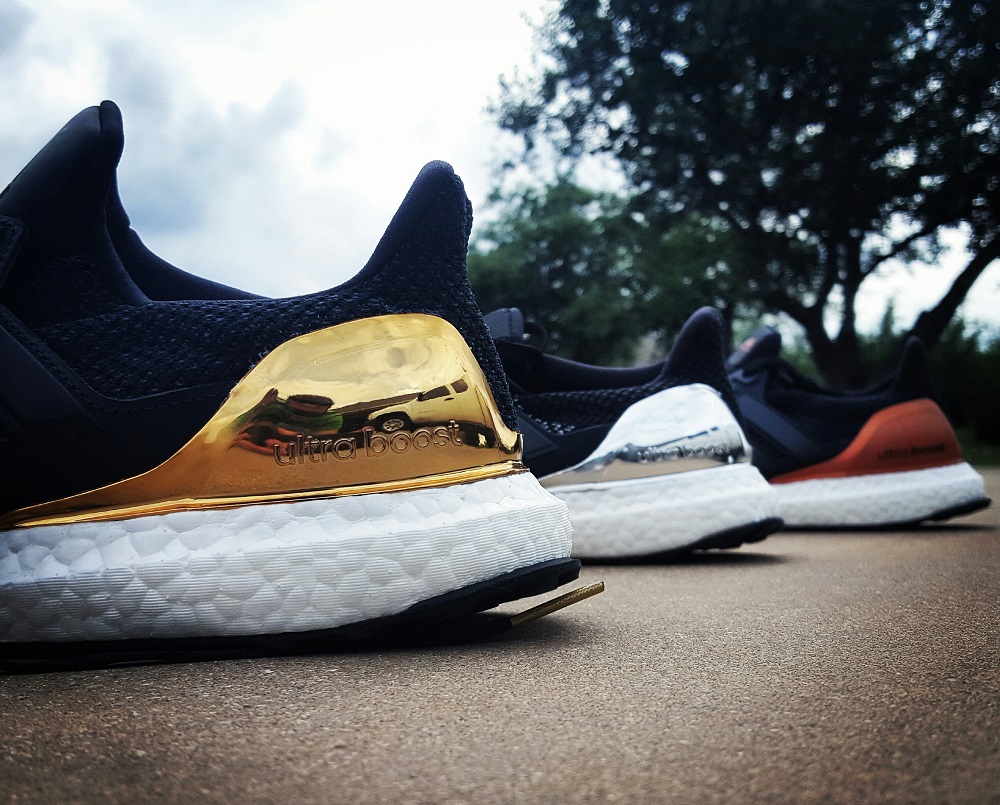 The hits just keep coming from adidas, especially on its UltraBoost silhouette. The original was sick, the ST was a killer performer, the Uncaged took performance to the street, and the Limited Uncaged with colored Boost broke things wide open for the future. Now, the Three Stripes brings us the Olympic Medal pack, based on, yeah, the first, second, and third place awards given every two years to Olympic athletes.

The Gold features a smoooooth leather cage (instead of the normal plastic), leather tongue detailing, and gold reflective heel cups. The Silver features the same reflective detailing on the heel cup but no leather — back to the normal cage and tongue piece. However, the Primeknit features silver threads and strands, giving the toebox a shiny finish. Finally, the Bronze has a matte finish on the heel cup with bronze marbling lines running through and features the same cage and tongue as the Silver. It has charcoal threads and details running through the toebox but is a little more subtle than the Silver.

All three pairs are limited, but the Gold and Bronze are EXTREMELY limited — only a few stores on the East and West Coast got those parts of the Medal Pack, so they are probably gone. The Silver was a wider release and pairs are still available at some retailers. Priced at $200, they aren’t cheap, but they are clean.

Links for purchasing the adidas UltraBoost Medal Pack can be found here.

Big thanks to @adidasrunning for the package. Stay tuned to WearTesters for more info on restocks and details — where else would you go?

adidas Top Ten 2000: The Kobe Before The Kobe