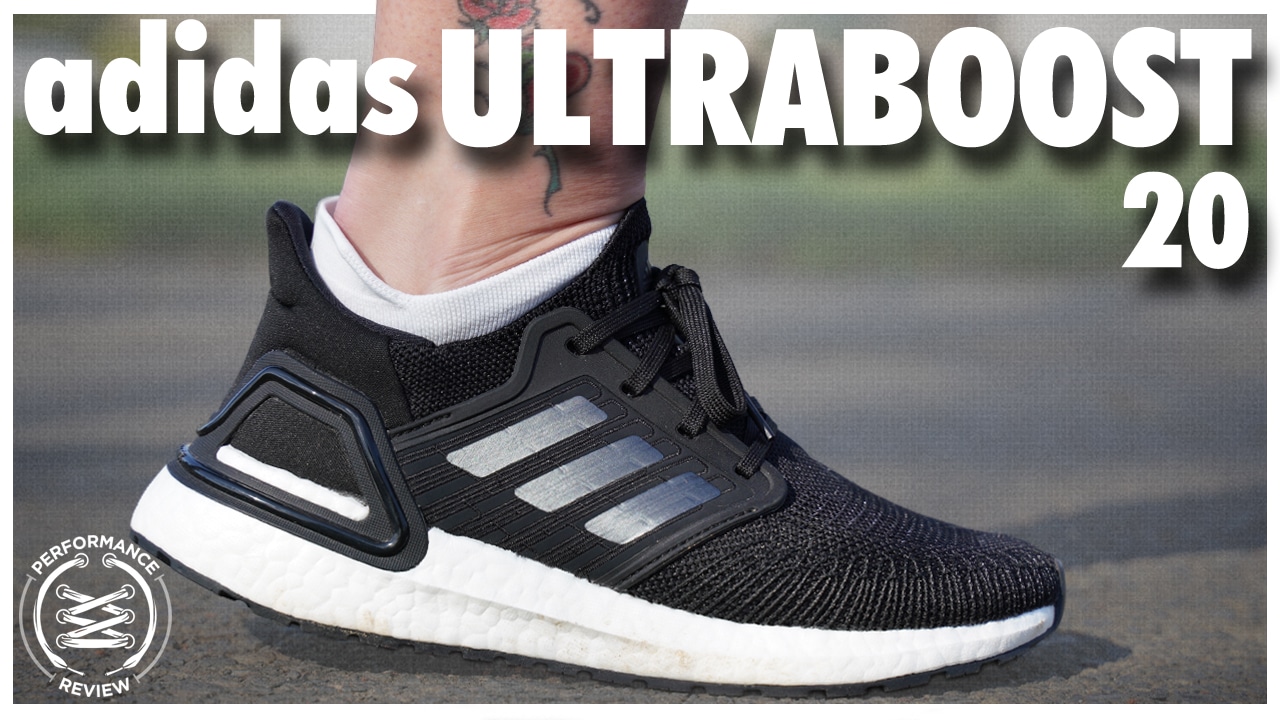 The adidas Ultraboost 20 performs a lot like the adidas Ultraboost 19. And that’s a good thing. The Ultraboost 19 finally made the Ultraboost into a serious running shoe. So we’re glad that adidas is continuing the tradition. There were some differences between the 19 and the 20 that we briefly mentioned in our comparison post. We’ll explore most of them more in depth here. 3, 2, 1, launch:

Based on the drop measurements, the Ultraboost 20 may have less Boost overall than the Ultraboost 19 but it’s not noticeable while running and, let’s be honest, it’s still a lot of Boost. Some of the adidas marketing materials say that it’s 20% more Boost than the original Ultraboost which is exactly what they said last year. So, maybe there truly is no difference in midsoles from 2019 to 2020 but to my eyes there’s a slight change.

Similar to last year, you’re getting a super plush ride that provides enough cushion to be a versatile everyday running shoe. It worked great for long runs, recovery runs, and every distance in between.

Sporting the exact same outsole as the Ultraboost 19, the Ultraboost 20 doesn’t mess with what works. The Continental rubber covers the entire outsole, doesn’t slip on wet surfaces, and is built to be durable. After 50+ miles, there’s exactly the amount of wear I would expect. The Ultraboost 20 outsole will last 300+ miles.

The Ultraboost 20 offers a touch more support than the Ultraboost 19 due to three slight changes. 1) The heel uses a tighter, more neoprene-like material in place of the UB 19’s knit. The shoe is just slightly more form fitting and locked down at the heel because of that change. 2) The new lace closure replaces fused TPU mesh with a mostly synthetic version with thicker but flexible TPU edges. The lace closure is larger overall and is attached to the TPU heel clip in more places. The new version added medial and lateral support while slightly improving lockdown. Some runners will prefer the lighter lace closure from the Ultraboost 19 but I think the added support will come in handy for most people. 3) The Ultraboost 20 upper adds support with thin foam backing around the edges of the entire forefoot. The Ultraboost 19 featured some foam backing as well but the foam wasn’t as tall and didn’t go all the way around the toes. The Ultraboost 20 also has extra stitching (what adidas calls “Tailored Fiber Placement”) around the entire forefoot to reinforce the areas that need the most support.

These were all good changes and made it possible to take the Ultraboost 20 offroad and tackle light trails, something I didn’t feel was possible in the previous model.

The upper is entirely made of Primeknit+, which is a finer version of Primeknit. It still has that sock like fit and feel. We’ve covered some of the other materials in previous sections but the majority of the materials are exactly the same as featured on the Ultraboost 19.

One difference that’s purely aesthetic, is an iridescent painted midsole (on some colorways). The iridescent paint color looks fantastic in person and draws compliments from random people on the street. It’s flaking off very slightly at the bottom of the backside of the heel on my left shoe (probably due to some heel landings) but otherwise looks to be holding up well. This Boost paint job seems to be as durable as adidas’ previous all black painted Boost misoles.

The heel is covered with great lockdown and a cushy foam lets your achilles and ankle sink in nicely. Your foot slides easily into the  sock-like upper and there’s plenty of room in the forefoot to splay your toes. I was able to find the right lace tightness after 1-2 runs and from then on I could just slide them on and be ready to run. If you liked the fit of the Ultraboost 19, think of the Ultraboost 20 as the same fit with a couple minor upgrades.

Thanks to adidas for sending a pair to test. adidas was not given any editorial control of the review. This review is based on our weartesters’ experiences using the shoes for speed workouts, trail runs, treadmill training, long runs, casual wear, and more.