Honest fact: the Clutchfit Drive saved Under Armour basketball. The Black Ice started the company off great. The Bloodline and Juke the next year were really good. Then it happened: the Micro G Charge BB. Things looked…bleak. Regrouping, UA gave us the Spawn, which was a great shoe, and it happened to be worn by a slept on shoot-first point guard with glass ankles in Oakland named Curry.

Then the Clutchfit changed the game, at least for Under Armour. Picked by many reviewers as the performance shoe of the year, the Clutchfit Drive had everything — traction, cushion, stability, and fit. And while the Clutchfit 2 dropped off a bit last year, the 3 brings life back to the line. But is it too late? Read on, true believers… 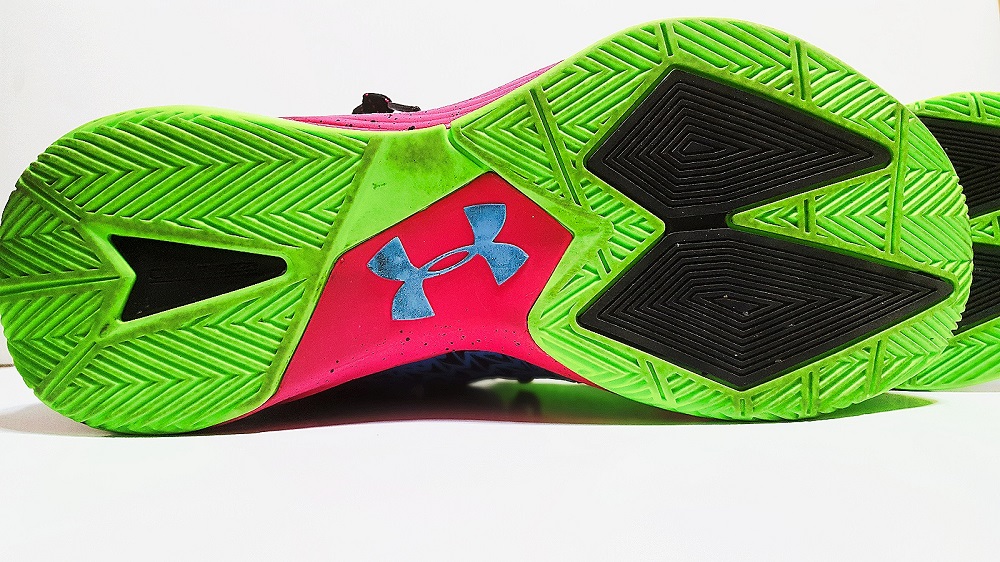 TRACTION – One word: surprising. Yeah, it’s herringbone, and it covers the outsole completely. But it’s flat, completely flat; the grooves are flattened off, the sole is flat from front to back, and it seems to have no bite ability. Looks can be deceiving (Jordan XXXI looks like a killer pattern, huh?) because the Clutchfit Drive 3 sticks. It isn’t Curry 2, Rose 7, or Kobe 9 level, but on all three courts I played on — including my nasty hairball ridden 24 Hour Fitness court — I had no problems as long as I wiped every five minutes or so. When clean, or when the court was maintained, the black forefoot rubber was like a racing tire; it compressed and grabbed but still released easily to keep moving.

The worry was coming off cuts and screens, where that first footplant is crazy important to turn into a shot or drive, and the black portion being at the pivot point worked like a glove (word to Biff). 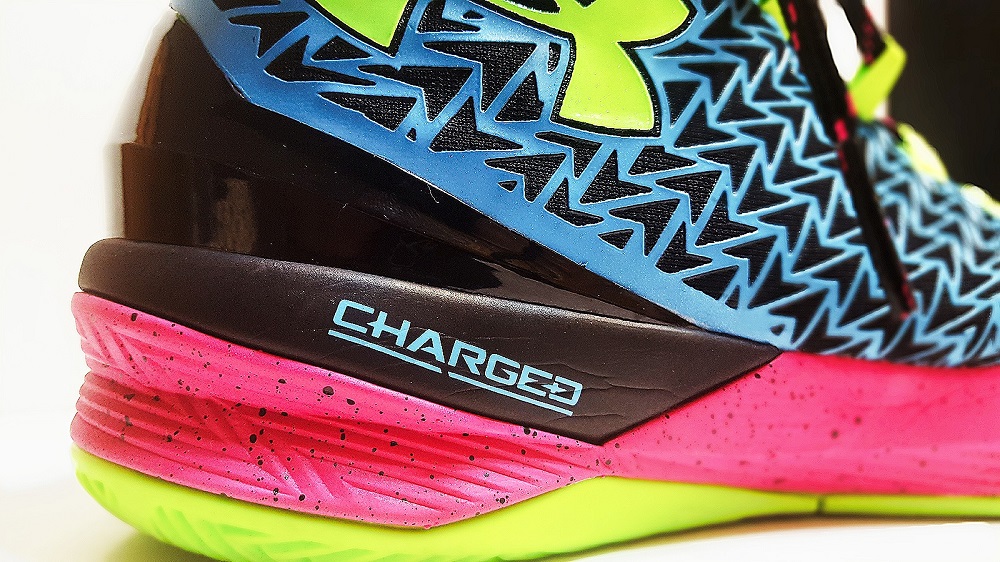 CUSHIONING – Charged and Micro G layered together makes everything better. When the Clutchfit 1 came out the looks were the first thing that made the public stay away — true hightop, loud colors, weird webbing. But when the shoe was tried on, and the Micro G was felt, the shoe sold itself. However, Steph didn’t like the plush and soft feel, so Under Armour gave us Charged; it’s lower, stiffer, and more suited to guard play, or so we were told.

Yet, we wanted Micro G, so it’s back, in a layer sitting on top of Charged in the heel. Based on principles, it would make more sense to put Charged in the forefoot (for response) and Micro G under the heel (absorbs impact) but this setup works. There is a soft, plush feel from the OrthoLite sockliner but once that breaks down the Clutchfit Drive 3 feels quick but soft, if that makes sense. When simply running up and down, the feel is very Micro G — a little sink in, then a bounce right back. When making moves and cuts, the forefoot is stiff enough to pop on jumpers and first steps and low enough to be stable for step backs and drives. If you liked the feel of the Clutchfit Drive 1 for cushion but Curry 2 for court feel, the CFD3 may be it. 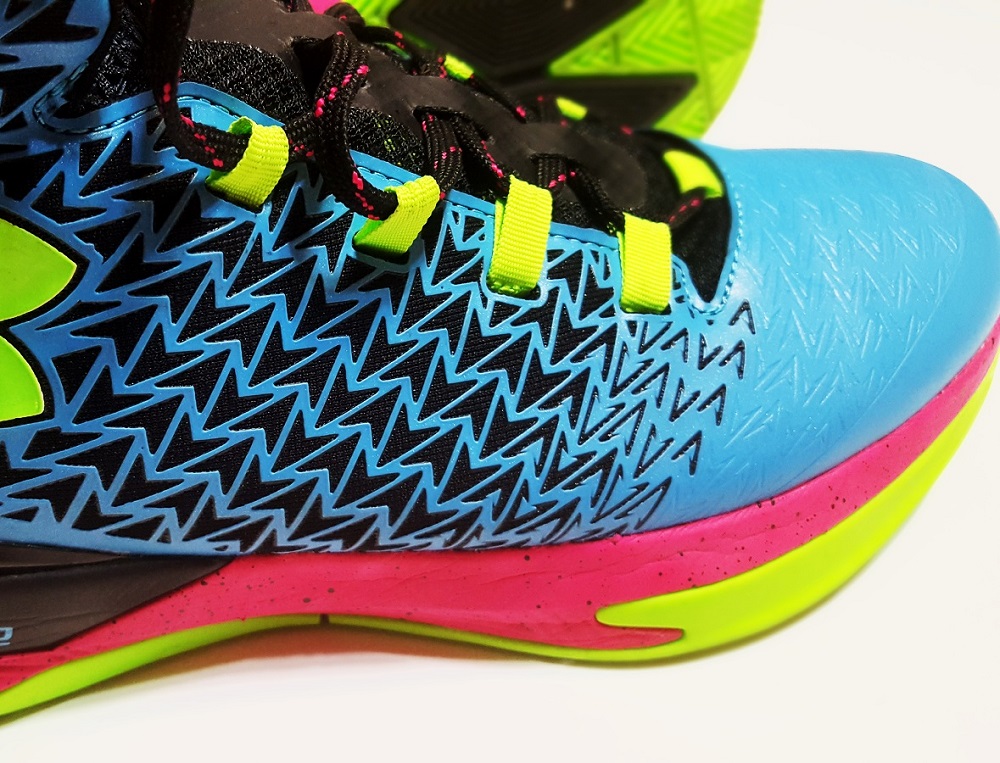 MATERIALS – After completely missing the the fused layers and stiffness of the upper on the Clutchfit Drive 2 (the low was better but just barely), the CFD3 goes back to tried and true Clutchfit with a soft mesh upper covered by the rubber Clutchfit pattern. The original flexibility and containment are here again; they provide range of motion and movement but the upper only gives to a certain point. When that point is reached, the Clutchfit pattern stops stretching and pulls back.

The toebox is covered in rubber fuse for the stability factor — containment on cuts and drives — but is still flexible enough that is doesn’t affect movement or transition. A sort-of open mesh tongue should help for ventilation, but it is also multi-layered so the air flow is restricted. The nylon lace loops and tongue construction is a little different but that will be covered in… 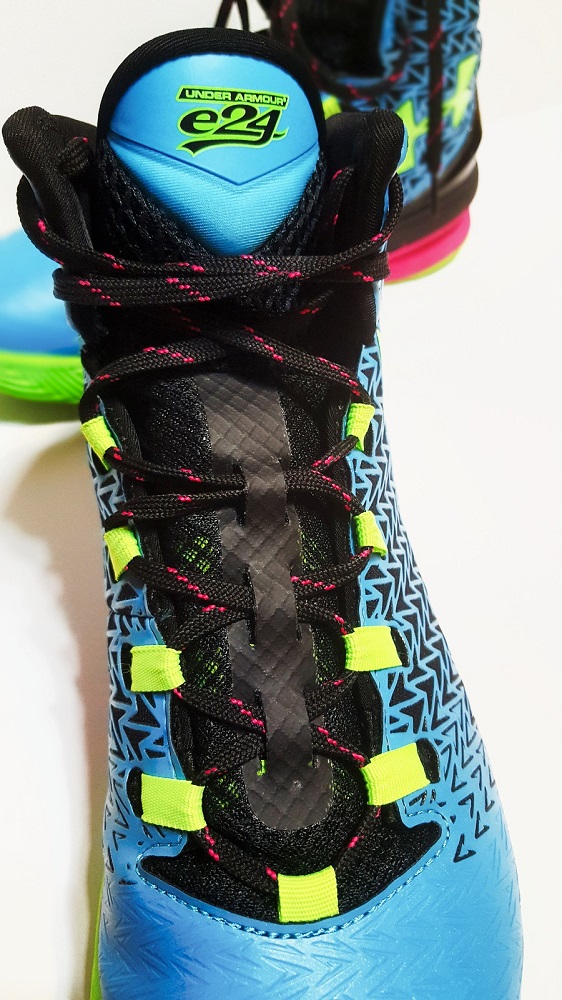 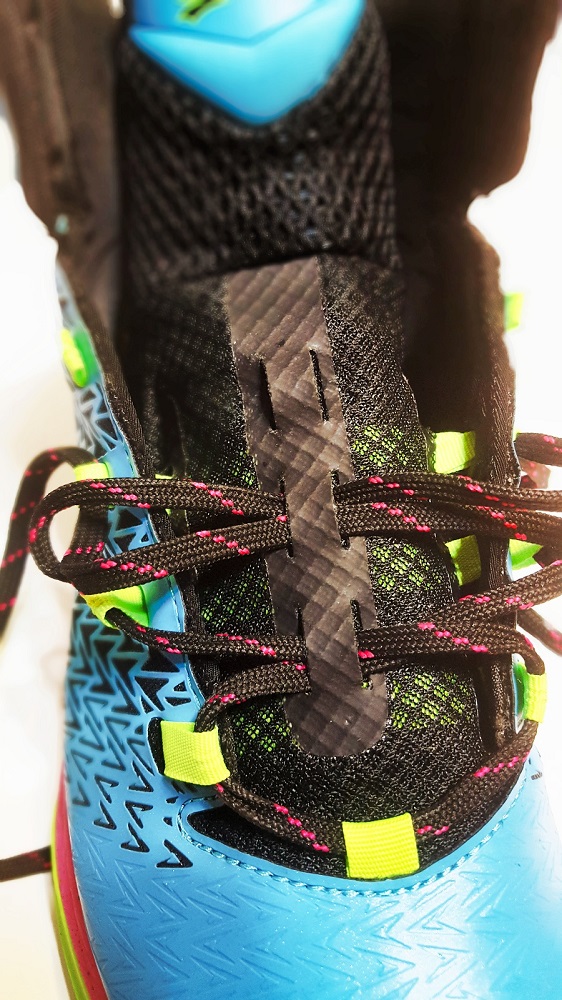 FIT – See those pics above? That is called lockdown. If you can’t quite make it out, the yellow lace loops run through the tongue, not down to the midsole like most strap systems. When the laces are pulled tight, the tongue pulls down and the foot is sucked into the midsole. Result? The midfoot is in a stranglehold and has no chance of shifting outside the shoe. This is a small innovation and really not very technical design-wise but it works, which is the goal.

The forefoot is secured by the solid Clutchfit materials which means no stretch, just lockdown so the foot stays over the shoe on hard cuts and slashes. The ankle cut and high lacing keeps the heel from sliding around and when the heel counter gets involved, there is nothing else to say: the fit was nice. Oh yeah, stay TTS because these fit just like the Curry 2 in length and width. 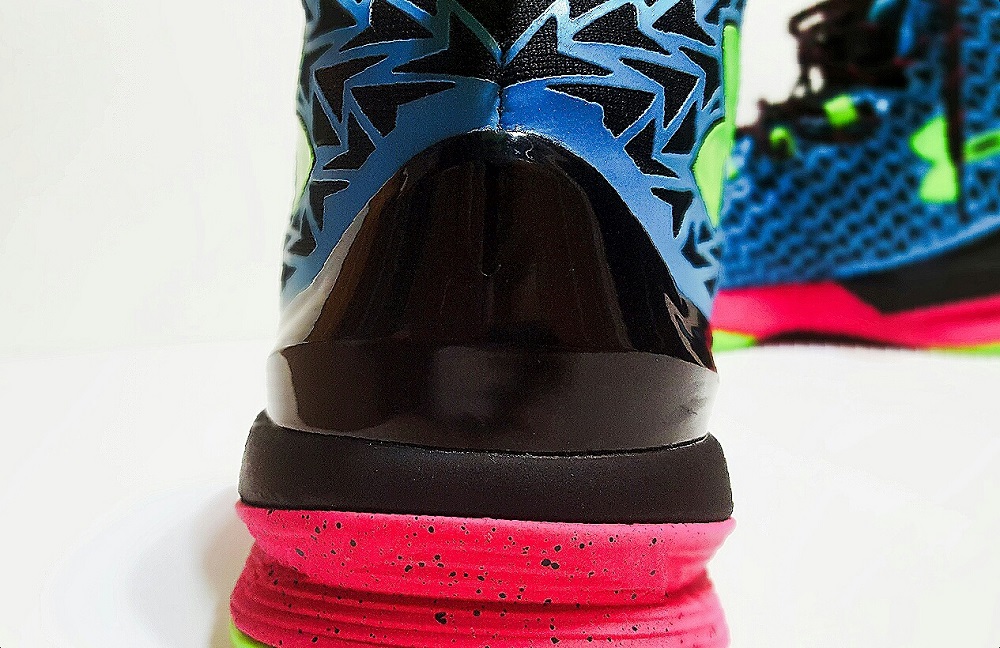 SUPPORT – If the Clutchfit Drive 3 has a weakness it might be support. Forefoot, midfoot, and the heel are completely locked in so no support issues there. Under the midfoot is sculpted with thick foam that keeps your arch from bending the wrong way, even with the smaller shank plate. The heel is wide so the base is solid on bad landings and even has a bevel in the midsole (that’s the indent in the pink foam above). That area acts as a crash line, allowing compression or off-center landings to push down, bounce back, and respond without rolling over. The angles also let you cut off screens and plant smoothly without a slappy or blocky feel.

Ankle support is a funny thing. Clutchfit isn’t stiff and it isn’t meant to be; it’s meant to be flexible and fast, soft but firm when stretching past a point. A stiff, high ankle cut does not equal safety or support — wonder why all these players wear lowtops now? The Clutchfit Drive 3 laced tight and pulled the foot into the heel cup, allowing no side-to-side shift, and when the side base is added in, the CFD3 has more than enough stability for all but the biggest of players. 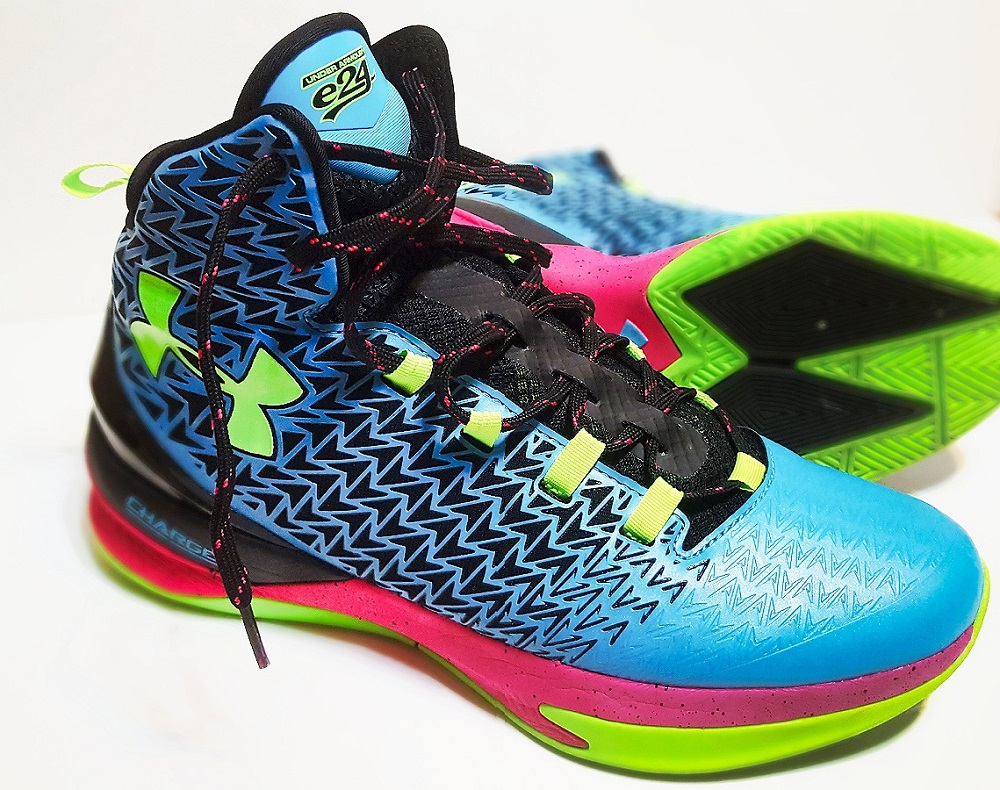 OVERALL – Massive reversing of the line’s trajectory here people. The Clutchfit Drive 2 was not a terrible shoe, but it was just too stiff and blocky. The CFD3 is nothing, nothing, like the 2. If you are looking for traction that sticks, cushioning that is responsive but controlled, and a fast feel in a shoe – in other words, if you were a fan of the original Clutchfit Drive – the Clutchfit 3 may be for you.

When companies recognize and change what went wrong, it makes for happy WearTesters. 2016 is a good year for basketball kicks, and we still have three months left! This, again, is what true competition does — we, the consumers, W-I-N. Under Armour dropped the team shoe ball last year, but this year, it came through… in the Clutch. 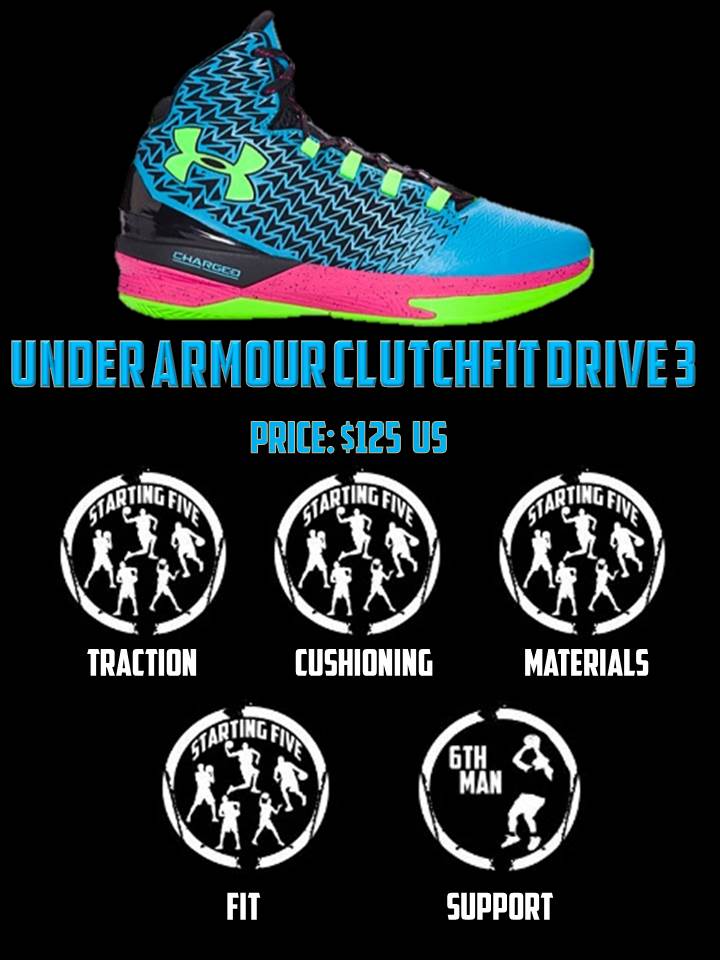