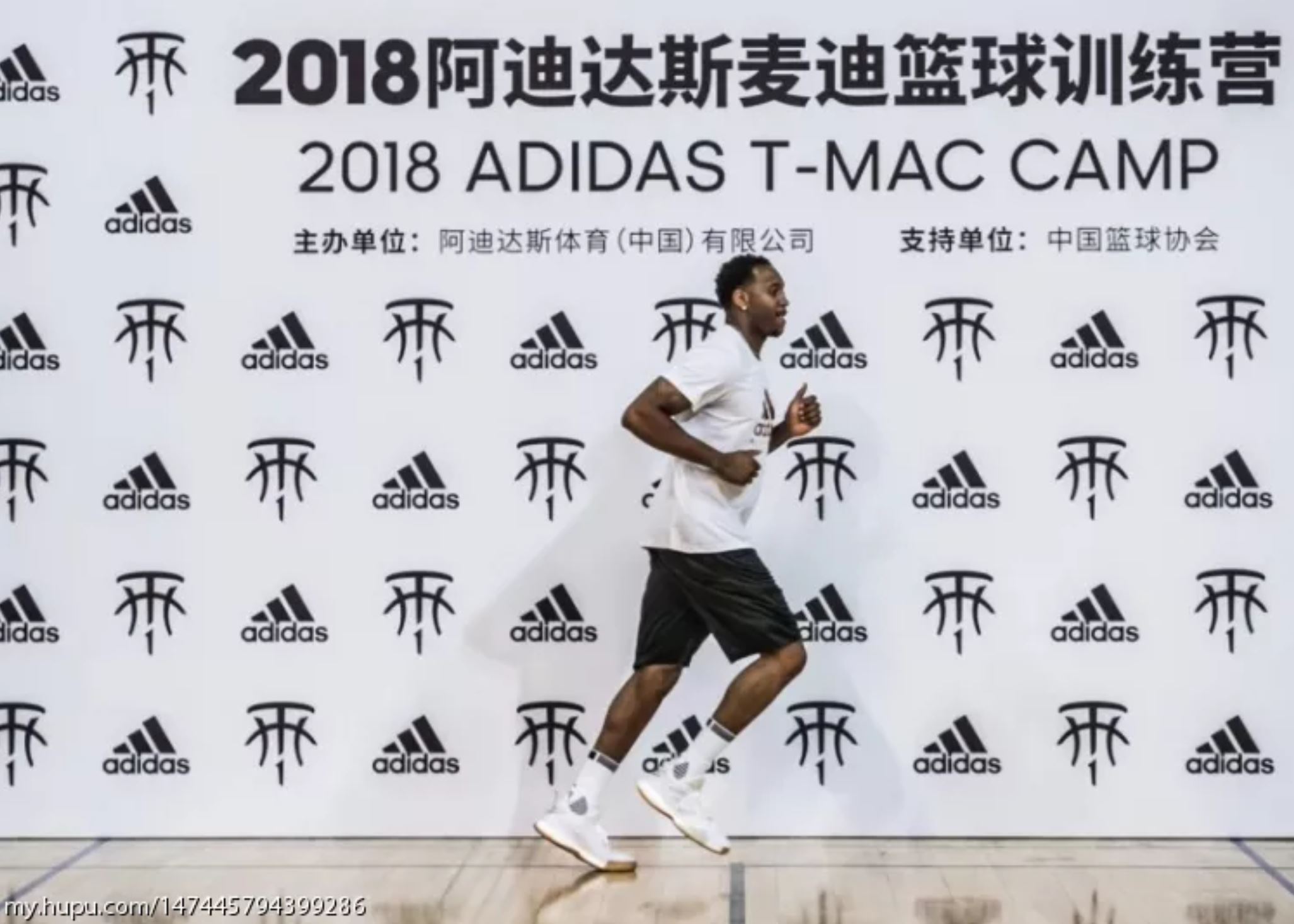 When some overseas sneaker spies leaked what could be the adidas Dame 5 and Harden Vol 3 they also grabbed photos of a new T-Mac shoe for Tracy McGrady. Yesterday, McGrady wore what is being called the “T-Mac Millennium” for his overseas basketball camp.

From what has leaked so far, it appears that the T-Mac Millennium is an update of the T-Mac 1 and T-Mac 2. It now features full-length Boost cushioning that is caged in the forefoot for stability.

The new shoe uses many of the classic design elements from McGrady’s like the synthetic toe cover, the aggressive lines, and high rising heel. However, the shoe also features new elements like a seemingly removable heel piece (with a yin-yang symbol behind it), graphics beneath icy outsoles, and what looks like an inner bootie.

There is no official word yet on when or if this new Tracy McGrady sneaker will come Stateside but we’ll update you when we know more.

For now, what do you think of the shoe? Let us now in the comments below.