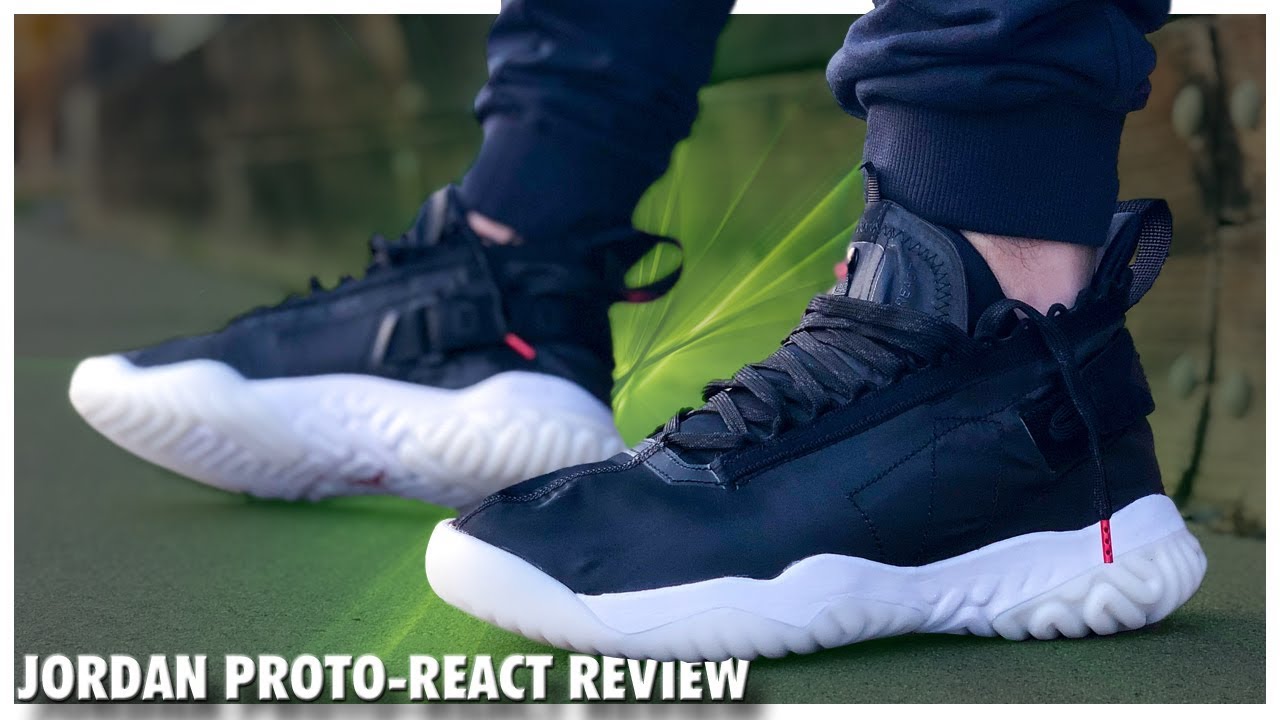 Taking its lifestyle line in a new direction, we review the Jordan Proto-React.

Taking Flight to a whole new meaning, Jordan Brand takes inspiration from space and flight suits for its Proto series of footwear.

The shoe itself doesn’t have much to them: a basic upper made of basic materials, rubber podded outsole and React cushion midsole. It’s not a bad shoe overall, but not what I’ve come to expect from Jordan Brand from a design perspective.

However, it’s different which is what they were going for, and by the comments on the YouTube side of things, what some people actually want. This somewhat proves my end-of-video theory that this type of thing is simply something I don’t understand or connect with while the younger crowd does.

I come from a time when Jordan Brand and its products all tied directly to MJ, his accomplishments and even his footwear. Every product has had a touch of the old in it. Maybe it’s finally time for that to change. Maybe I don’t want it to.

While each new generation may know of Michael Jordan, they may not know Michael Jordan. At least not in the way that some of us that grew up watching him have come to know him.

It’ll be interesting to hear everyone’s thoughts on the subject. Is this new direction the right direction for Jordan Brand or is this missing the mark in some way? For me, it just doesn’t connect with me. Other than it having the Jumpman logo and the number 23, there is nothing here visually that reminds me of MJ at all. But that might be exactly what Jordan Brand needs.

Sound off below and let me know. If you happen to want to check the Jordan Proto-React out yourself, they’re currently available in two colorways at NikeStore.com for $150.