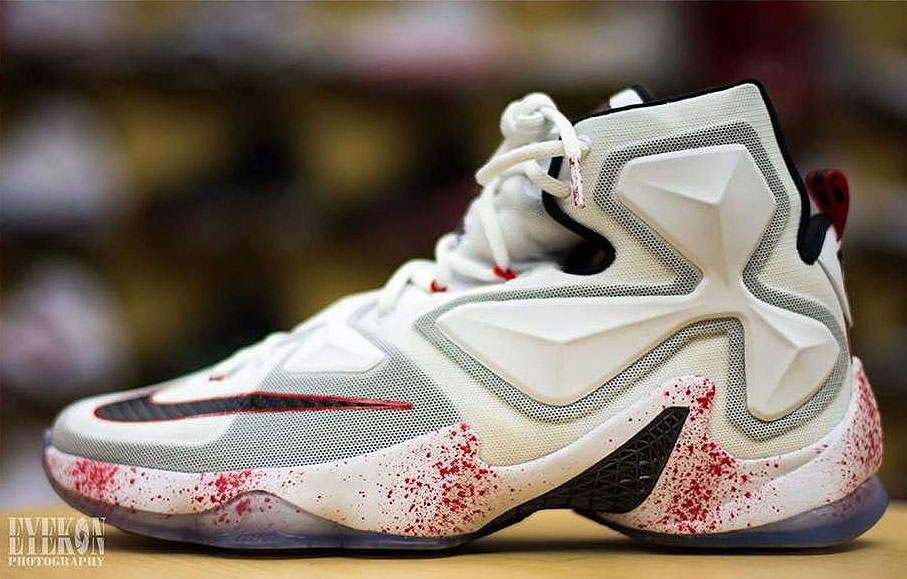 A new Nike LeBron 13 looks to draw inspiration from the goriest of Halloween flicks with red paint splatter on the midsole.

Each of the photo sources have dubbed the shoe the Friday The 13th and Jason Voorhees colorway, due to the bloody looking midsole as well as the white upper that looks similar to the horror character’s signature hockey mask. The tongue logo also supports the backstory, with a slashed look surrounding the “LJ” logo. The colorway looks fairly similar to the blood splattered Li-Ning Way of Wade 3 inspired by the TV murderer, Dexter.

If you were interested in how the sneaker holds up on court, check out our performance review article of the LeBron 13.

It’ll be interesting to see if LeBron wears the sneakers for the Cavaliers’ October 30th (Cleveland doesn’t play on Halloween) game against Miami.

No release information is available yet but stay tuned to WearTesters, as we’ll keep you updated on the Nike LeBron 13 ‘Friday The 13th’. 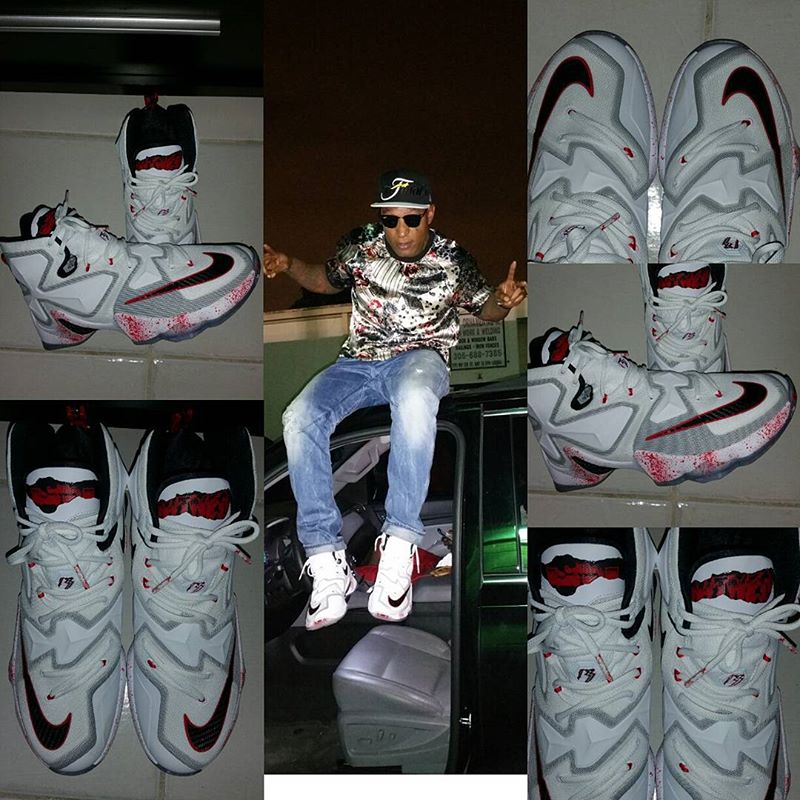