Traction – The traction used on the LeBron 13 is something that I was initially unimpressed with – visually – but they ended up working really well on-court. The hex pods found throughout the outsole feature large bars that act like herringbone, and are implemented in multiple directions for coverage no matter how or where you’re moving. I was unable to play on a really dusty court so I can’t tell you how dust affects their performance this time around, but on clean and very lightly dusty courts they had zero issues and were very consistent. 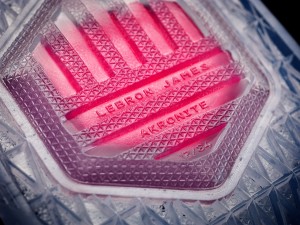 Cushion – The setup here is similar to the LeBron 12, but they feel much better than the 12’s did. I still couldn’t really feel the two smaller Hex-Zoom units located on the lateral section of the foot, but the met unit and heel unit were amazing. Those two zones cover a large amount of space, plus they’re both 13mm thick…that’s a pretty damn thick Zoom unit. You can feel the bounce and responsiveness with every stride, and that is something that was truly lacking with the 12. 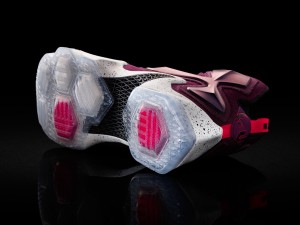 Something that was greatly improved due to the new setup was transition. Heel to toe strides are no longer clunky and instead really smooth. The LeBron 12’s had an awesome Zoom unit located in the heel but was met with a hard Posite-covered midsole upon impact. Now all you have is lightweight Phylon and Zoom aiding you through your stride and it makes the shoe feel as light as they actually are. 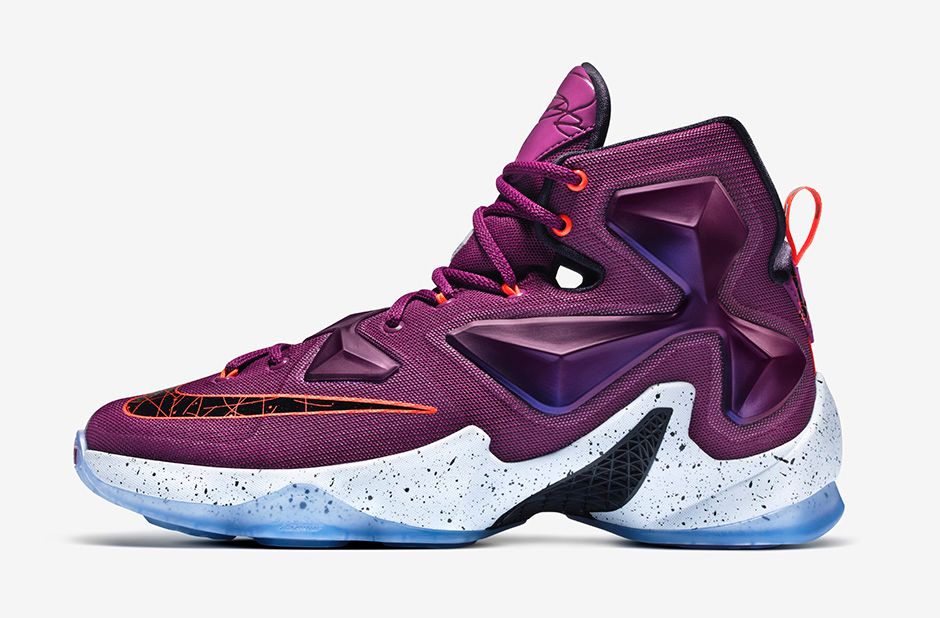 Materials – The upper is comprised of a one-piece booty with plenty of additional overlays that offer both support where you need it and flexibility where you want it. At their base there is the sock booty, followed by Dynamic Flywire. This provides you with a comfortable fit and minor lockdown support. Then you have a lot of TPU or Fuse in zoned areas. These areas offer zero stretch so your fit isn’t going to be compromised while making hard cuts or changes in direction — this is one thing the upper does better than the MegaFuse/ Mesh build found on last year’s LeBron 12. These TPU layers feel pretty awkward upon trying them on, and all I can say is that you really won’t be satisfied with the upper until you take them on-court and play in them. 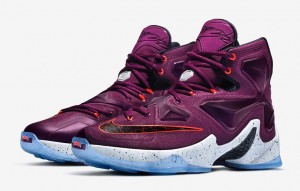 Fit – I feel they fit true to size, but there is a tiny bit of room length wise in the toe. I don’t feel going down 1/2 size was necessary for me – as I love how my pair fits – but trying them on to determine the perfect size for you is always best. 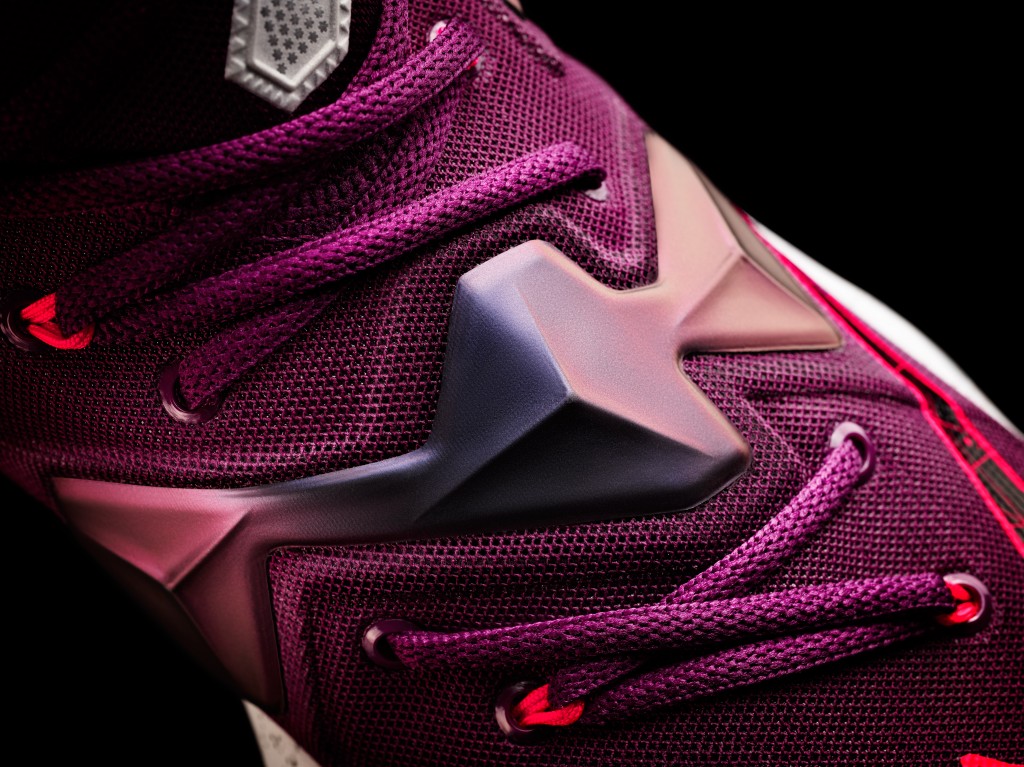 Those of you with high arches will definitely want to try them on first because the Fuse/ Posite layer that rests on top of the midfoot — like I mentioned before — has zero stretch. So that area might have a negative affect on the fit for some people. However, lockdown due to the Fuse/ Posite sections was fantastic. Again, they feel very awkward when you try them on, and you have to break them in (slightly) each time you go out and play. But once the materials are warmed up then you’re pretty much locked into the shoe and all you’ll have is a great on-court experience. Unless you’re having an off night, and let’s face it, we all have those from time to time.

The only area that I can really say I disliked was the collar height. Not because I prefer low tops, but because there were times it dug into my legs a bit. It wasn’t horrible or to the point where it rubbed the skin raw, but it wasn’t something I enjoyed either.

Support – All of the aforementioned features, from their tooling to their fit, have a positive effect on their support. The 13’s sport a wide base that feels stable — even though there are a couple of large volume Zoom units in place — and the base is slightly wider than the upper so it cradles the foot really nicely (which aids in stability). The materials and fit all do their job with support as well. There are plenty of areas with flex and mobility, but zero stretch. So you’re able to maneuver on-court without feeling like you’re wearing a pair of Timberland’s. 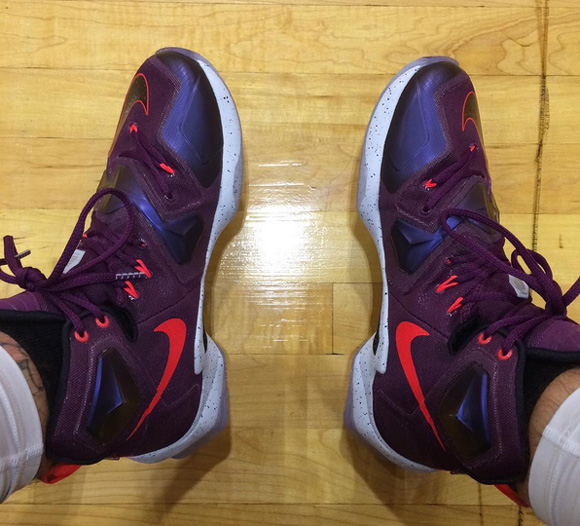 Overall – I didn’t like them when I first tried them on. Like, not even a little. However, they are really dope on-court kicks that perform really well. Traction and cushion were pretty beastly. The materials are something I personally liked more on last year’s model, but larger players will love that combination of flexibility/mobility and support. They’re ultra lightweight too, despite how bulky they look. Light enough to where a small Guard can still maneuver around the court perfectly fine.

As far as their price/ value. That is really your choice. Set up a budget and stick to it. Does a shoe’s performance really change just because of a higher or lower dollar value? No, not at all. If these would have released exactly as they are for $40 versus their $200 price tag; would their performance have changed in any way? Nope. There are great performance models out there and their retail prices range from dirt cheap to hell nah you crazy.  So, if a shoe meets your on-court needs and they are within your budget grab a pair and enjoy them on-court. After all, that’s what they were made for. 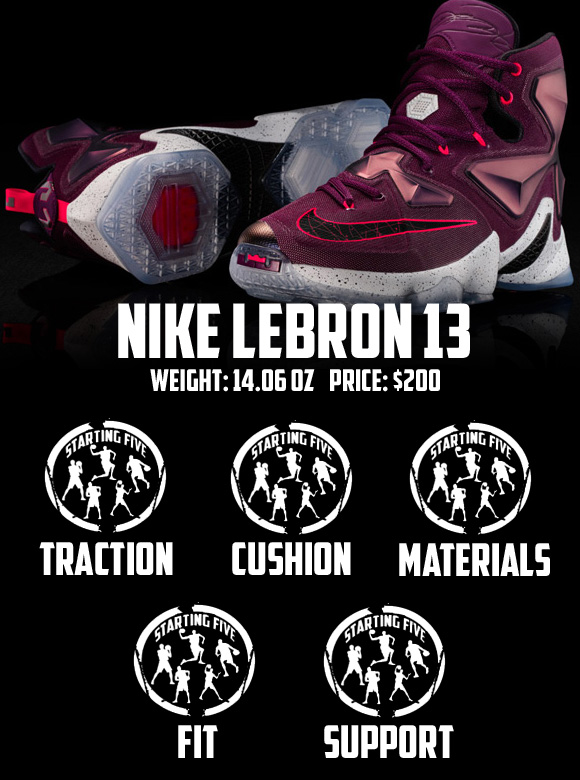