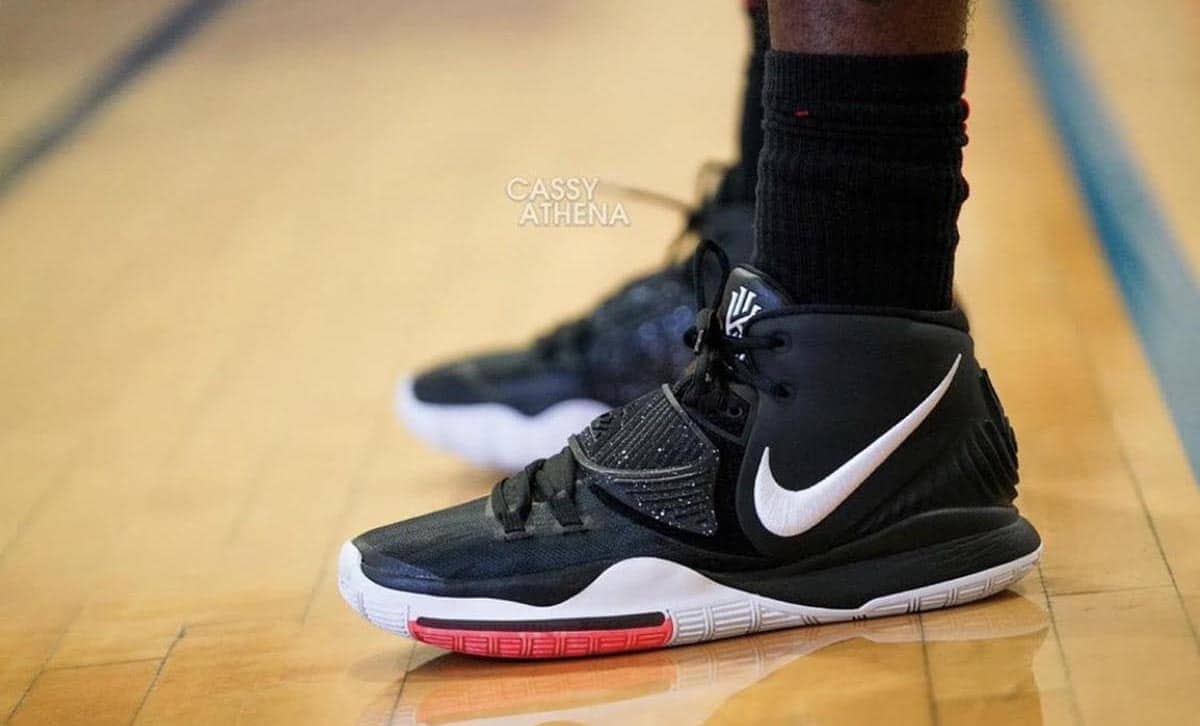 If you enjoyed the Nike Kyrie 5 on-court then it’s a safe bet that you’ll also enjoy the upcoming Nike Kyrie 6.

Not much has changed in terms of tech specs as Nike’s Zoom Turbo cushioning is back in the forefoot while the midsole is Phylon. An engineered mesh is used along the forefoot while raw materials look to be in place at the heel. A midfoot strap has replaced the Kyrie 5’s Flytrap enclosure while traction looks to be similar to the Nike Kyrie 5.

An official release date and price has yet to be announced by Nike Basketball, but select retailers have them listed to release on November 22.

We look forward to discussing the Nike Kyrie 6 with you within the WearTesters Discord Community.