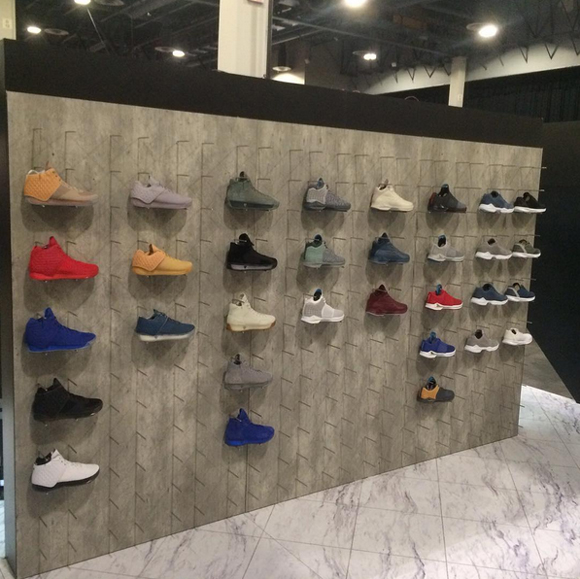 Bruh…check out the awesome stuff BrandBlack has in store this Holiday and Spring Season.

The first two columns feature the upcoming J Crossover 3 and J Crossover 3 Low. That Navy pair of lows looks legit and I’ve been rocking the Grey lows (top) all Summer long – one of the most comfortable shoes I own from a cushion perspective. Then, the thirdcolumn features the Ether. An old school vibe with new school tech. They’ll utilize the same tooling as the JC3, but will come with premium leathers along with Cordura mesh. Fourth column looks like some new J Crossover 2’s–pairs that I’ve never seen before. That middle pair with the Green back looks interesting. Fifth column showcases more Force Vector Premiums. Not sure when or if the mesh version will release, but the shoe is a more supportive version of the JC2. So for those of you that enjoyed the traction and cushion on the JC2 but wanted something a little more solid along the upper, that one’s for you. Sixth column showcases the lineup of J Crossover 2 Lows. Now those I love. I completely thrashed my pair on-court. Was hoping they’d come out with little to no damage on them so I could rock casually once I was done with them but I kept wearing the damn things since I liked them so much. Last two columns are their runner, the Force Vector Trainer.

Exact dates aren’t available at the moment, but the JC3 should be dropping throughout the Winter, with the Ether in Spring. The Force Vector and JC2 Low are expect later this year as well, although I’m not 100% on that. Either way, they have some great products coming that we can look forward to wearing on and off the court.