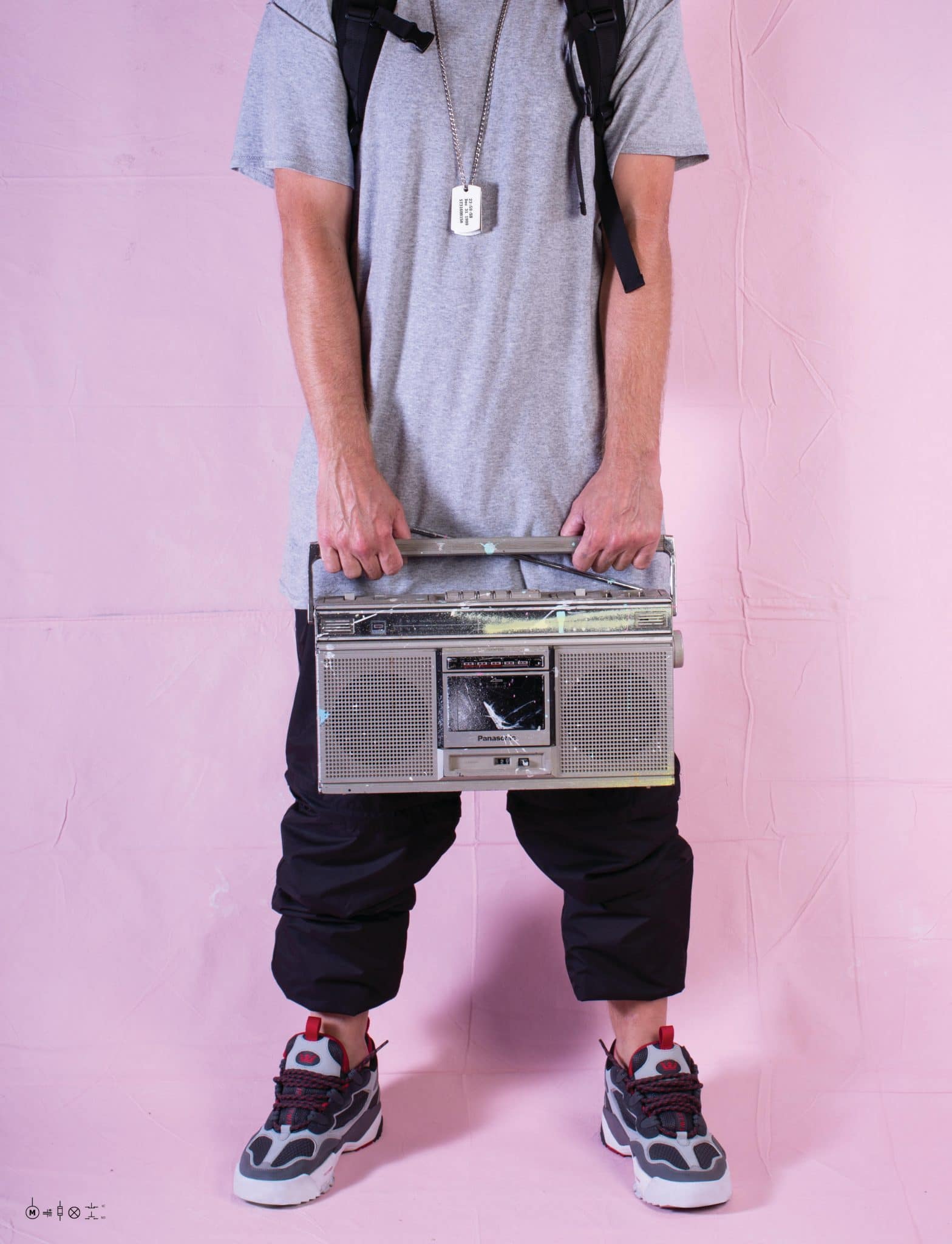 Opening its doors in 2006, SUPRA, the Southern California footwear brand, has continued their legacy in the skateboard community with innovative designs. Professional skateboarders Jim Greco, Erik Ellington, Tom Penny and Stevie Williams have all seen signature models released over the past fourteen years.

However, there is one rider synonymous with the brand and their Cali roots, Chad Muska. The 42-year-old is regarded as a street skating pioneer, crossing over skate culture with hip-hop, fashion and art. The internet was a buzz last month when The Muska teased audiences with a retro release, dubbed the MUSKA2000. His vintage boombox and backpack vibe has returned, along with a new silhouette for skate fans to rock.

In 2015 SUPRA was purchased by K-SWISS, one of the world’s largest footwear manufacturers. Fear not, the skateboard and lifestyle division remains thriving, with a new downtown Los Angeles HQ. Recently we were invited to their offices to sit down with Brandon Coopman, one of the lead designers of SUPRA footwear. We spoke about the brand’s continued evolution, working in the skateboard space, and Muska’s impact on the sneaker world.

Wear Testers (Michael Silver): How long have you been with SUPRA?

Brandon Coopman: I’ve been with SUPRA since August of 2015. I was with New Balance beforehand, had just finished an internship and graduated from Iowa State University the summer before. I met some people, made some contacts and drove out to Southern California.

Was sneaker design a passion of yours from a young age?

For as long as I can remember, it was always shoes. As a kid going to the store, the new shoe smell, I loved everything about them. I started skateboarding around 4th or 5th grade and with skating, I’d go through a lot of shoes. Always circling the CCS catalog hoping mom would buy me my that favorite one. Art and drawing was always a big part of my life growing up.

I went to school to study architecture, wanting to not necessarily build skate parks, but environments. My first year I found a program called industrial design and in the caption it said footwear design. I jumped over there and since then it’s been shoes 24/7.

After your internship you transitioned to SUPRA. Everyone knows Chad Muska growing up in skateboard culture. What was your introduction to The Muska?

Chad Muska has always been the guy. Him and Andrew Reynolds made me fall in love with skateboarding, Getting the chance to work with him was something I really wanted to be a part of. When I first started with SUPRA, they were working on the Skytop 5. After seeing some emails, I drew up some sketches, saw him in the office and introduced myself. I was like ‘Hey check out these options too.’ It didn’t work but was worth a shot, getting to talk with him and hear his ideas.

When the team gave you the nod to work with Chad, was this new design part of those conversations?

The MUSKA2000 was Chad’s idea for the past 3 years or so. No one was on board yet, they didn’t see the chunky trend starting to come back. He came in one day and wanted to retro the idea, bring this early 2000s concept. We ended up getting the go ahead and came up with this.

The whole idea behind this was looking at fashion. The way that the world works is ‘everything somehow stems out of skateboarding.’ Trends from the early 2000s saw Reynolds and the Baker crew wearing skinny jeans, girl shirts, and being punk rockers. A couple years later, what do you know? The world is on skinny jeans and you can see the progression of that. High end fashion takes directly from what street culture is and does it for $1,000.

This is taking it all back and taking what skateboarding created and doing it ourselves. Chad is almost the creator of the chunky trend, with big shoe tech, obviously the stash pocket. All of those athletic details that were brought into skateboarding twenty years ago and now we’re bringing it back to life. People who skated in Muska kicks two decades ago probably aren’t doing the same thing today. If they are, their legs probably hurt. We basically wanted to make this as comfortable as possible, to be an all-day wearer.

What was the original model name?

The first one was called the CM 901. With this one, we took his first éS and Circa shoes and meshed the two together.

We weren’t on a normal timeline, which is typically 18 months from original hand sketch to brand new model. That’s with opening new outsoles, the rubber and foam, any upper rubber and patterns needed to be done. We basically did this shoe in 11 months or less.

The outsole comes from one of our new boot designs. Chad liked it and we thought it worked well because the original 901 outsole had an aggressive look. For the upper we took details from each of his shoes, like a rubber toe cap stitched down. Taking rubber eyelets from the first shoe we brought that in, basically lace loops to protect them when skateboarding to avoid any rip through.

Playing off of the Jordan IV, they had this molded rubber. It’s TPU molded straight to the mesh. You can take a breathable, lightweight mesh, and put this coating over the top and increases the strength of the shoe. We use that for breathability, plus durability when skating.

Can you speak on the rollout and release dates? How were they chosen?

Realistically we were trying to get this shoe out around July, being very aggressive. The outsole wasn’t working, we couldn’t find the right EVA compound to work. That put a damper in a lot of things. We pushed it back and planned to launch it at ComplexCon. That ended up falling through with production difficulties. We decided to launch both grey and white colorways together last month.

We have stores in Tokyo, Japan and our online store for the United States and international.

Upon its November release, the MUSKA2000 grey colorway sold out instantly. The white/navy version is currently available online. Two new colors, black and white, are set to release in early 2020. We can also report that the Skytop 6 is currently in development but does not have a release date set.