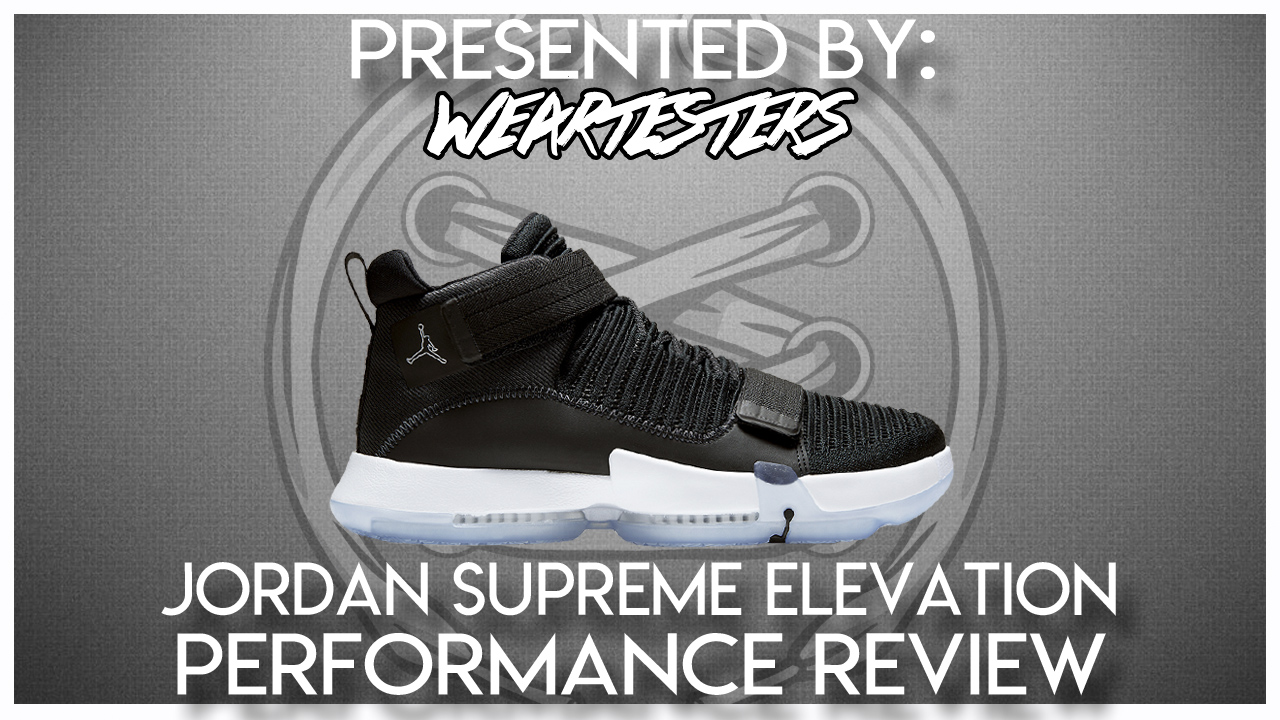 Some translucent rubber mixed in with solid rubber — a yin to its yang. The traction grooves were somewhat thin, however, and used a boxy angular pattern similar to ones seen on the Nike Kobe 10. However, this pattern was a bit more spread out and less compact. There were some instances when dust would clog the pattern, but a quick wipe would remove any built-up debris.

For me, the traction held more often than not — which I found to be a pleasant surprise given past experiences with translucent rubber. Outdoor hoopers might want to look elsewhere as the pattern is thin and even XDR versions may grind down sooner than later.

The most Zoom Air in any Jordan Branded shoe — ever. This stuff is super bouncy and very responsive. If you’re looking for maximum impact protection, look no further as the Jordan Supreme Elevation has maximum coverage — and then some. Although some players might feel this setup is too bouncy and high off the ground, I’d say this shoe would be for those that need that super responsive feedback rather than those that need a little bit more court-feel and feel low to the ground.

If you look closely, the upper looks like it was taken straight off of the Air Jordan 32 — Flyknit and all. There are straps along the front of the foot along with one elastic strap along the collar for better lockdown. The shoe is finished with a soft Phylon midsole along with a super bouncy full-length Zoom setup that is complimented with a half-translucent, half-solid rubber outsole. It’s a great combination of materials put together in a shoe.

Since these aren’t available stateside, it’ll be impossible for US residents to try these on in-store. I ordered these from overseas and I generally go true to size. Since Asia releases of shoes tend to be built on a wider last, I was okay with because of my slightly wider foot. The shoe itself does fit a little longer as stated by Nightwing2303 in his first look video. I do agree with the assessment, however, they weren’t long enough to post a problem for me as I do like a little bit of room along the toe-box area.

If you need something to fit you one-to-one or have a narrow foot, then I do highly suggest going down half a size. For those with a wider foot like myself and prefer the little bit of length along the toe box, then stick true to size.

The support itself comes from the fit, base and the cushion. All of it fit the mold well. The one minor gripe I did have was possibly the amount of torque applied to lateral movements, I felt the materials pull a slight bit but not to the concern where I felt like my foot was going off the footbed.

The lockdown was sufficient and the traction more than sufficed. And the cushion…IMPACTFUL! There is always room for improvement, however, and if this is the start of how things are going, then I’m super excited for the future to come, especially with the way the shoes have been built.

I like what Jordan Brand has been doing with its team models, many of which have been very good options at fairly affordable prices. The Jordan Supreme Elevation is no slouch whatsoever, honestly, and it’s really a joy to play in. You can even tell with the way Jimmy Butler of the Philadelphia 76ers has been playing as his numbers are solid across the board while being the signature player behind the said shoe.

From the overall build of the shoe, it’s really solid, with the slight exception of the support-side. I hope Jordan Brand keeps coming with these performance team models, because I’ve personally been a fan of them on-court. Keep em coming! 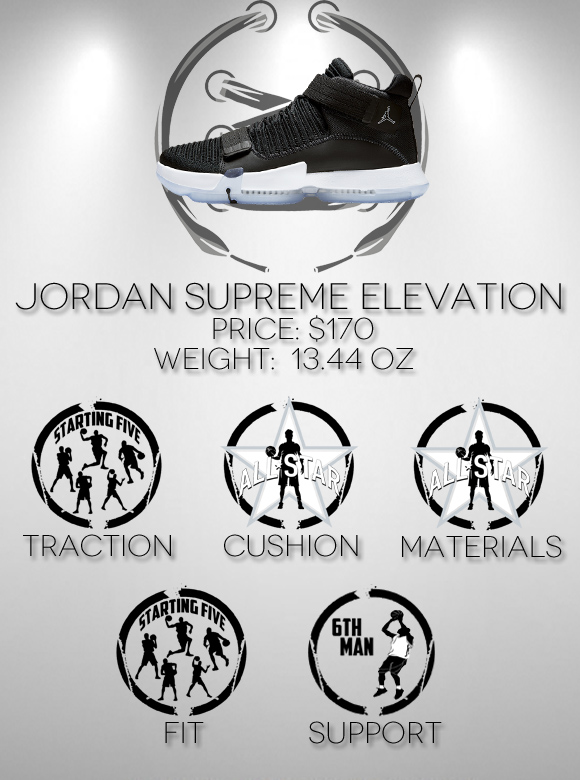