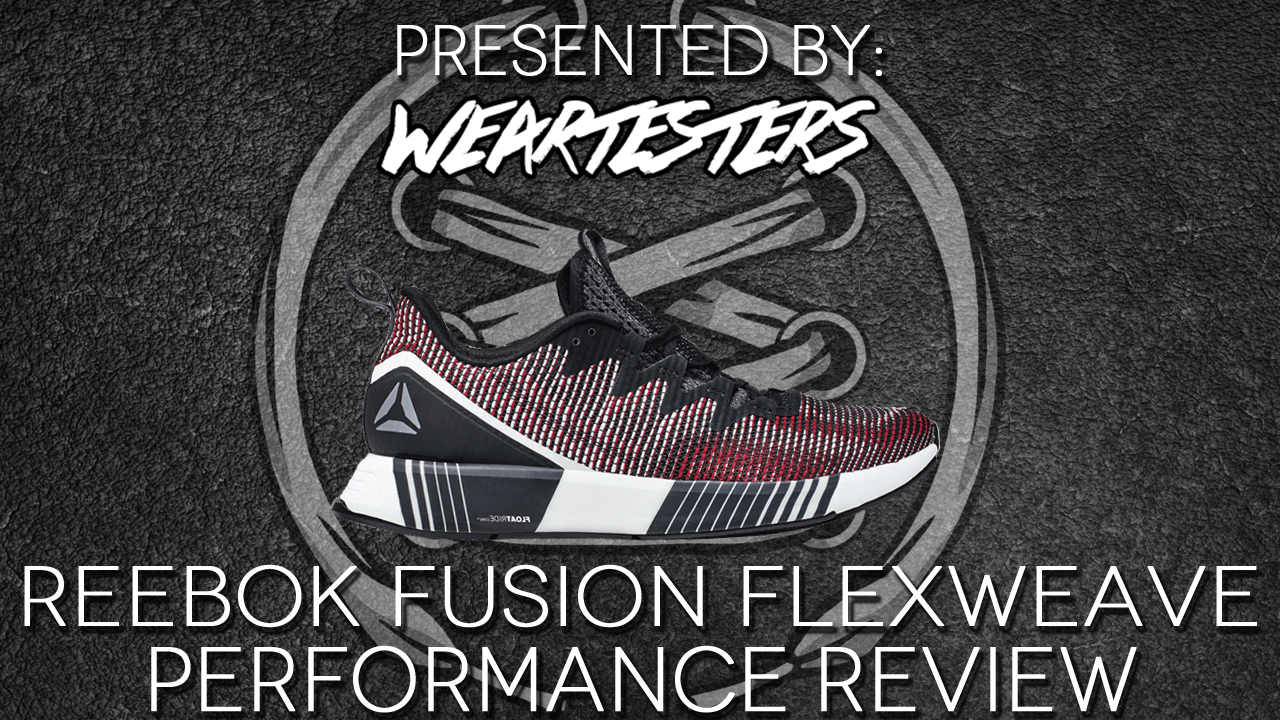 Reebok has been making a steady comeback in performance over the last two years, and the brand has even introduced new tech like Floatride foam and Flexweave for uppers. Now, for the first time, we see both in a new performance shoe: the Reebok Fusion Flexweave. Question is, does it perform? 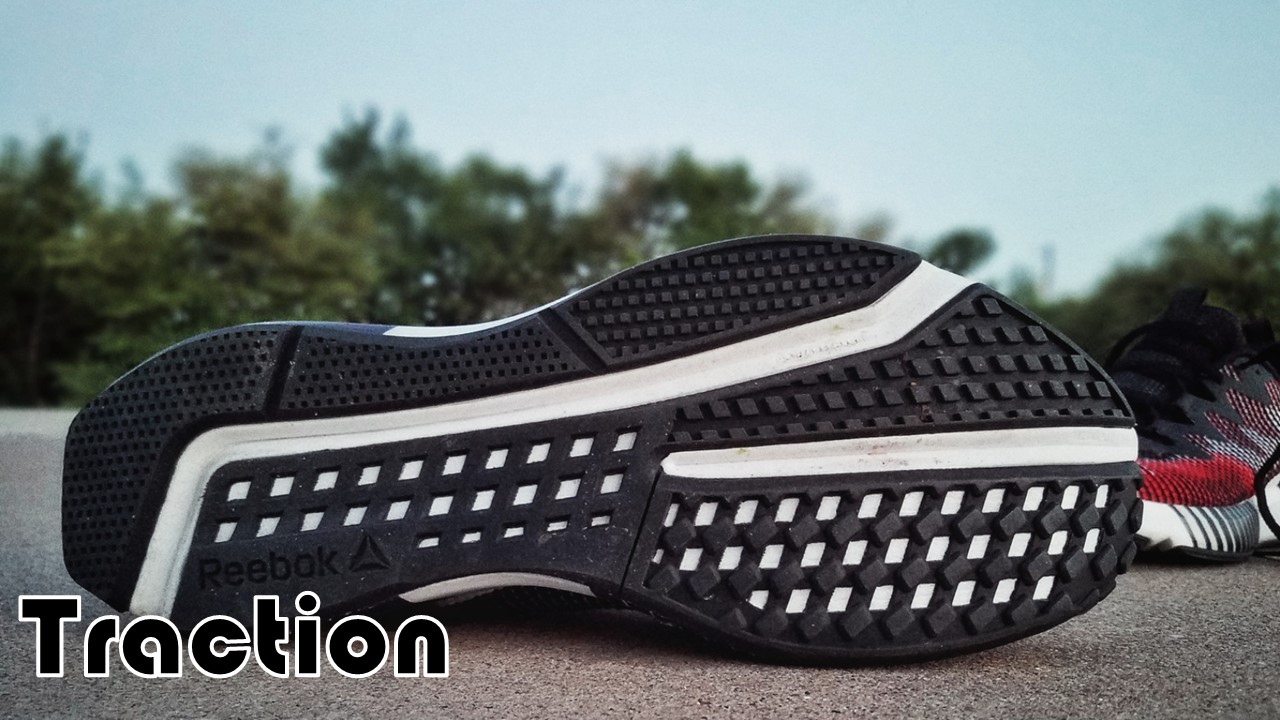 There are several patterns on the outsole of the Fusion Flexweave that are mapped for specific ground-contact at each point of the foot. Under the ball of the foot we see an open grid pattern, allowing the Floatride foam to peak out, much like Boost on the adidas Ultraboost. Along the heel and back half of the lateral side we see recessed squares in a flat rubber that act like suction cups to keep you from slipping out.

Also on the lateral side we see square nubs separated by a groove that Reebok calls the “Plantar Sensor.” This groove breaks up the rubber to eliminate a stiff, slappy outsole. This also allows the outsole to stay in contact on any lateral movements. Wait, lateral movements in running? Oh, but this isn’t just billed as a running shoe.

Using its background in Crossfit, Reebok has designed the Fusion Flexweave to support all fitness activities, from running to light cardio to weight room. Thus, the grooves and splits (called the Meta Split under the forefoot) all work to keep you on the floor and slip-free.

The durability is serious; I have worn my pair for at least four days of the week (for several weeks) for all kinds of activity and the outsole shows absolutely no signs of wear. It also works in almost any weather, at least in Texas. Wet or dry, the outsole did it’s job and never failed. 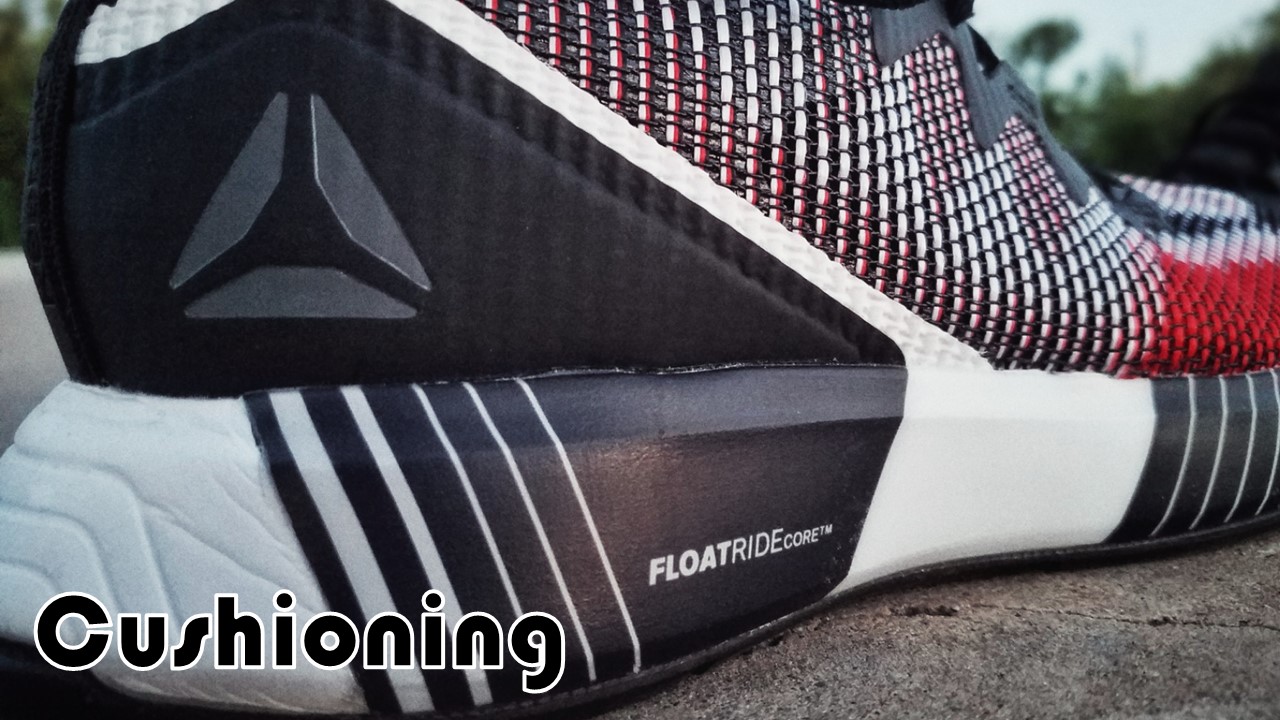 This is where the magic begins. Floatride foam is responsive, soft (to a point), responsive, impact-absorbing, and, best of all, does all of this while being extremely light. Think of Boost, but half the weight. The Floatride Run (reviewed here) was a revelation in performance — lightweight, bouncy, and durable.

Now, the Fusion Flexweave is more of the same; it’s lightweight, durable, and…not as bouncy. Why? Well, the Floatride foam is encased in EVA through the midfoot (the areas between the black lines on the midsole) but exposed at the heel and forefoot areas. This EVA carrier acts as a stabilizer — it helps the “do everything” shoe “do everything” — and keeps the foam from compressing too much during heavy activity.

However, the Floatride foam used in the Fusion Flexweave is still responsive, and perhaps even more so than in the Floatride Run. The foam also has a definite bounce-back property when on-foot. Floatride Foam is fun, and because it’s lighter than most other foams, it makes it easy to consider for performance purposes. 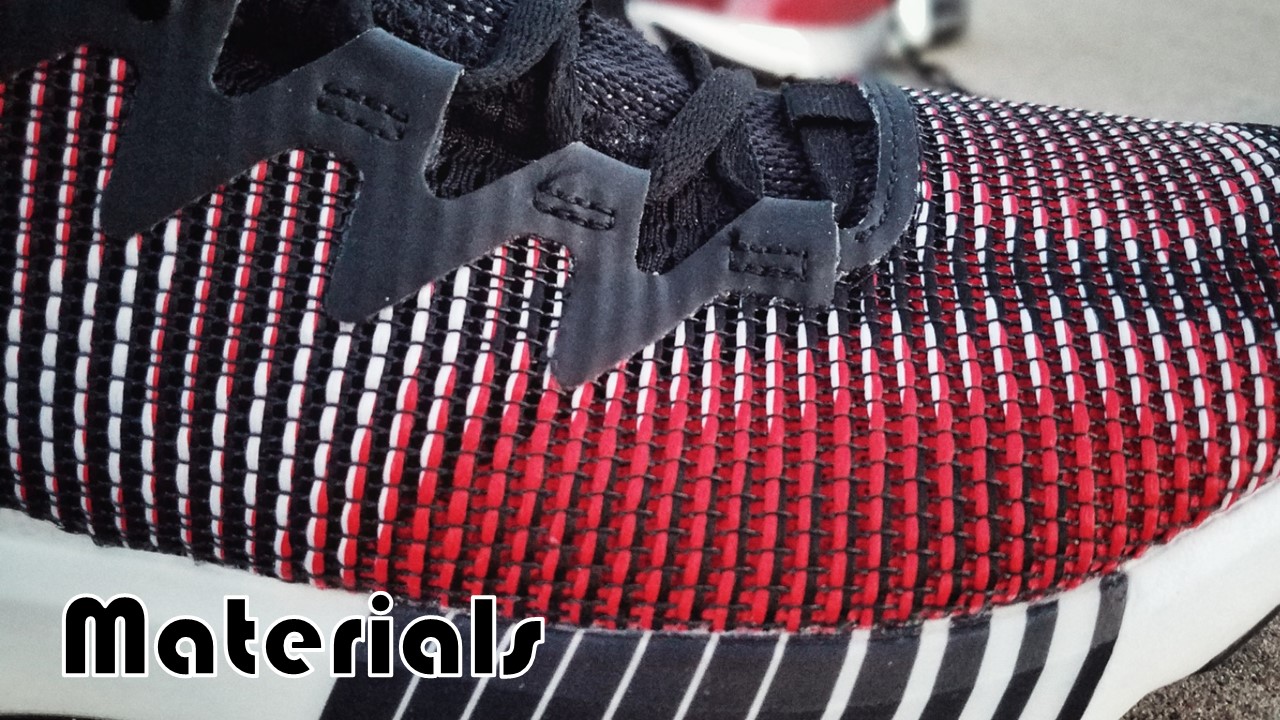 Ah, the rest of the magic. Reebok’s Flexweave was first introduced on the Nano 8 and later seen in the Fast Flexweave runner. It is based on an open figure-8 pattern that promotes stability, flexibility, and comfort, and it doesn’t lie.

The colored threads within the weave are just that — fabric threads running through TPU strands. While it does feel rougher to the touch than most other woven textiles, the interior is lined with a 3/4 length sleeve to completely eliminate chafing. The fabric threads are soft and comfortable while the TPU strands give the upper structure and stability.

TPU is usually a stiffer material, but the spacing and the open weave make the Fusion Flexweave flex and form perfectly with the foot. The inner sleeve isn’t stretchy at all so getting into the shoe may seem like a chore, but the open mesh of the liner keeps the foot soft and cozy inside while working with the Flexweave outer shell to increase breathability. 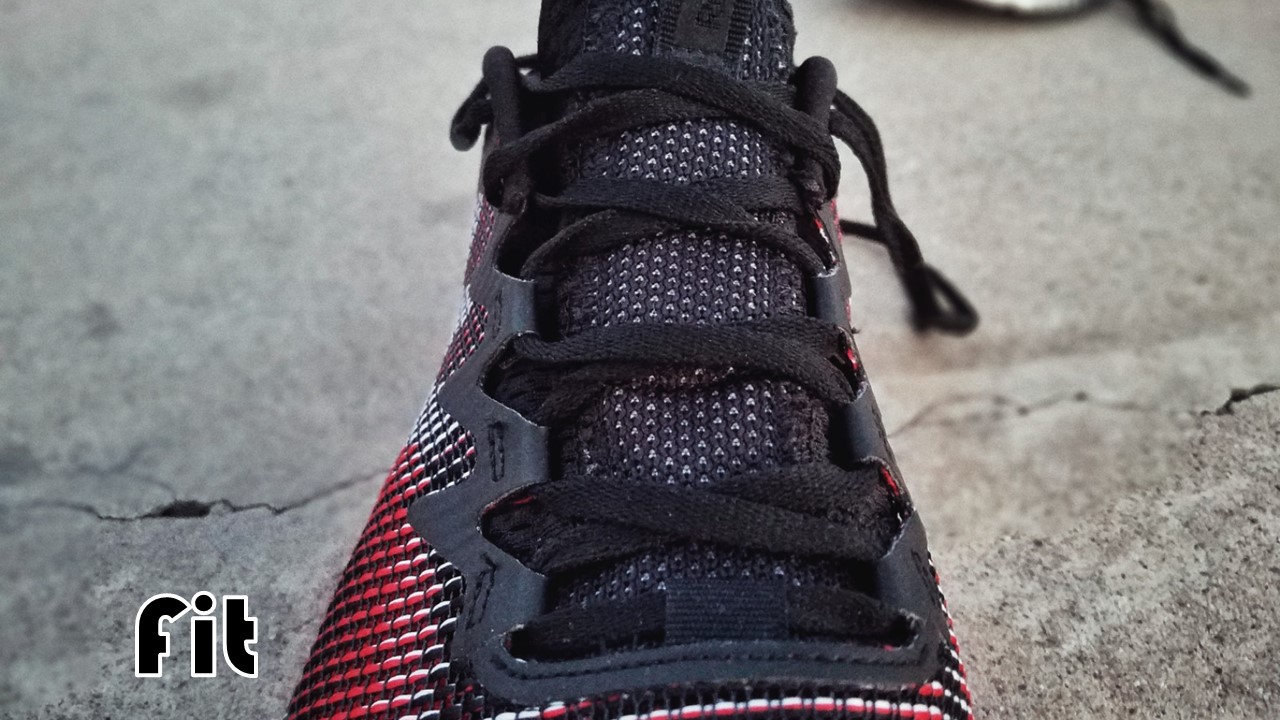 Here is where TPU can be a problem. While the durable strands add structure, that structure comes with dead space. Most of the time that space can be filled with padding on the interior. The Fusion Flexweave has a little case of bubble toe; when the shoe is laced tightly, the extra space above the toe bubbles out. It isn’t bad, and probably won’t be noticed by anyone except picky WearTesters, but it is there. Again, it is not a deal breaker by any means because the extra space can be appreciated for comfort.

The heel is completely locked in by a semi-rigid heel counter. It isn’t completely stiff like a solid basketball shoe (or an Asics runner), but the Delta logo’ed external counter just provides enough lockdown to let you know it is there. The inner bootie having no stretch comes in perfectly to keep your foot from moving around inside the Flexweave shell.

Finally, the lacing system is almost perfect; five holes (or six, if you use the last one for more heel lockdown) run through lace straps connected to the Flexweave for total lockdown with almost no lace pressure.

Lengthwise, I would say go down a half size in the Fusion Flexweave. I have done that with Reebok since the late ’90s and they have all been perfect. Width-wise, if you are a wide-footer, you may want to try these on. The forefoot and heel are good to go, but the midfoot has a narrow area at the arch that could cause some issues. I am a little wider than normal and was fine, but just to make sure, try them on. 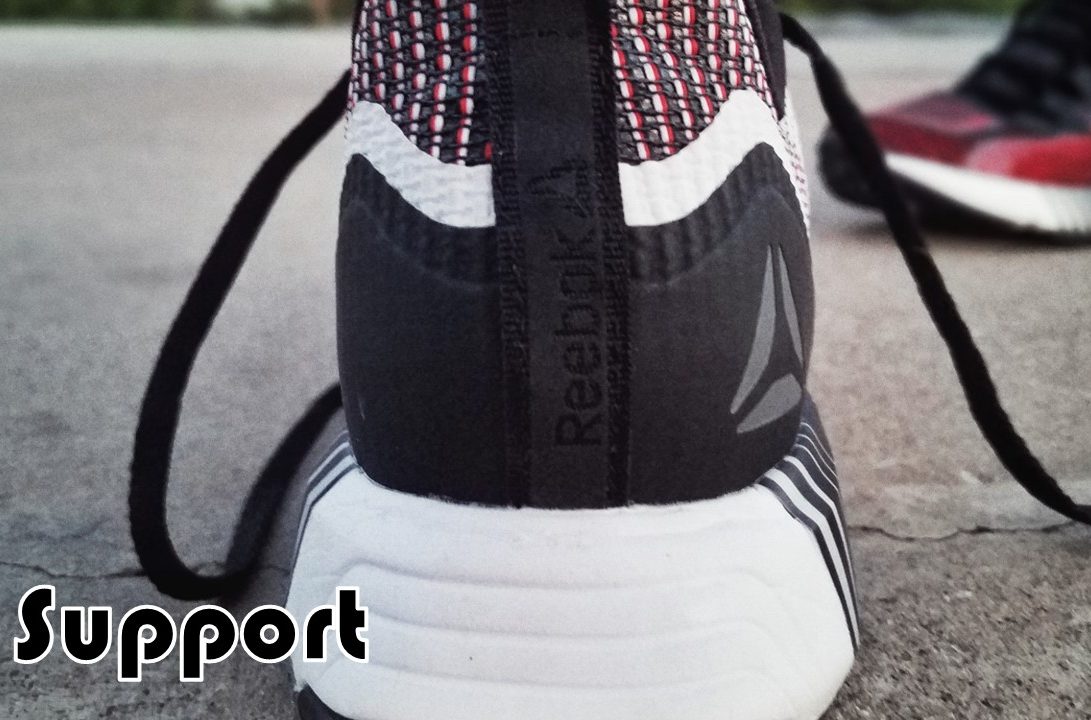 As discussed earlier, the Flexweave upper used on the Fusion Flexweave is solid in lateral support thanks to the TPU strands running over, above, and around the foot. The foot is held over the footbed for the most part, except on extremely violent movements (trying to play a quick game of 25 in these was wrong on many levels). For any running movements and lighter cardio or gym activity, you will be good.

The heel cup works with the laces to keep your foot locked in with no heel slip or slide. There is some slight sculpting and padding around the heel but most of the good stuff is because of the lace design. There is no midfoot shank, but the stiffer EVA carrier keeps the Fusion Flexweave from bending the wrong way under normal pressure. The midsole does have a slight flare outward on the medial and lateral forefoot, giving a wider base for better landings and uneven surfaces. 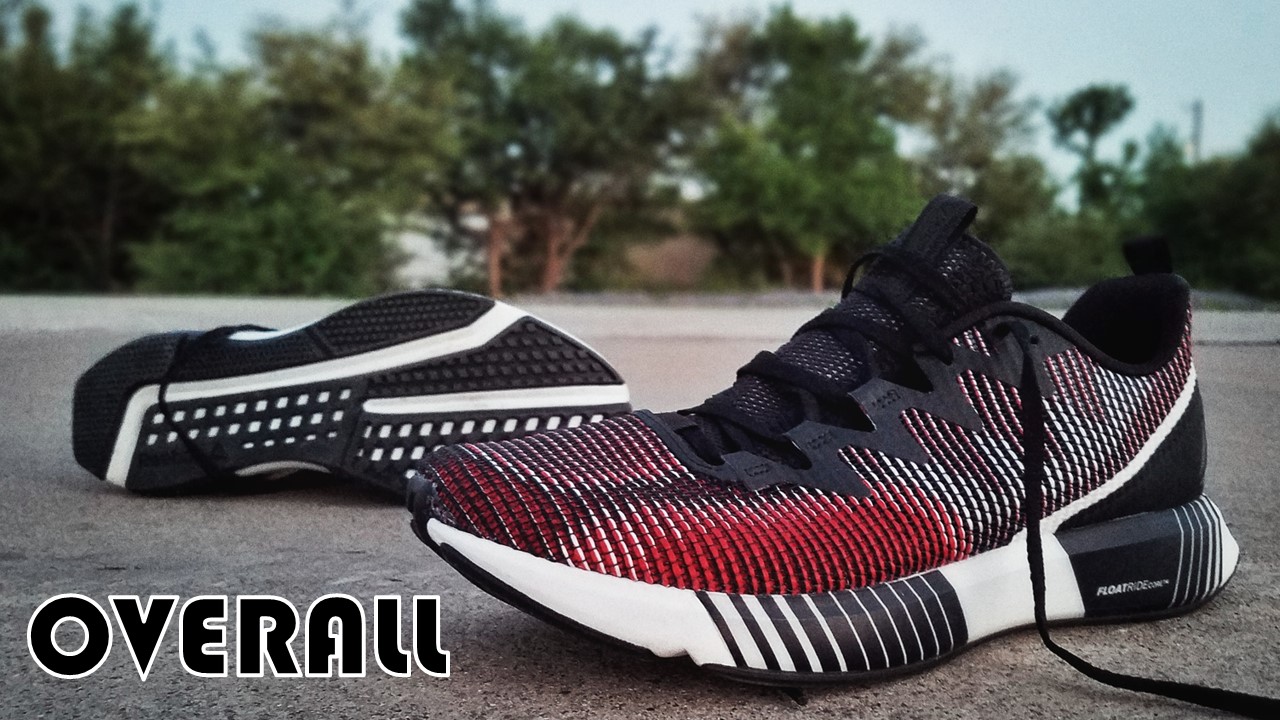 Floatride foam is a winner and feels as good or better than most of the foams on the market (yeah, even that one and that one). If you need a shoe that can go anywhere and do anything, look no further. As I said above, this shoe has been on my feet over half of the days since I have received it, and it handles anything thrown its way.

On top of the versatility and performance, the Fusion Flexweave looks good. Reebok has figured out how to change the colors and patterns of the fabric inlays, and while nothing outlandish has been released, the subtle colorways are perfect for going from the gym to the street. The minimal branding gives the shoe an organic, every day look and feel while bouncy Floatride keeps it moving fast.

Now, if Reebok ever comes back to basketball with a Floatride midsole… 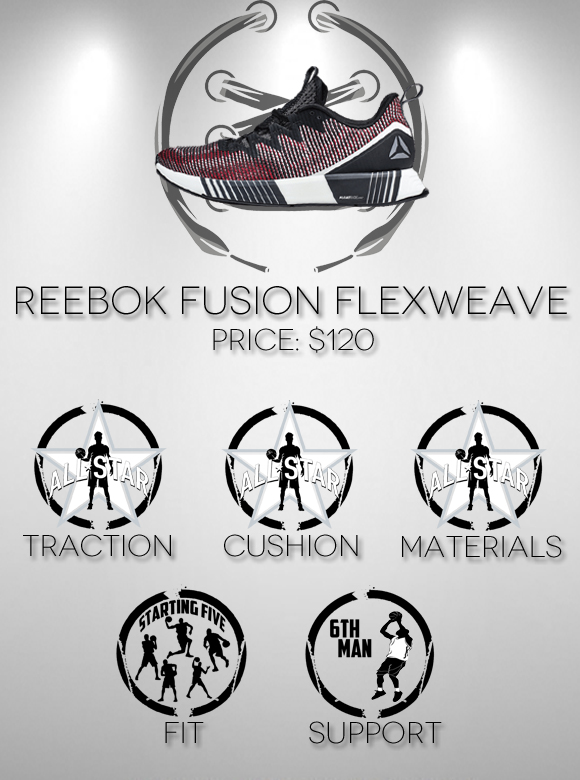