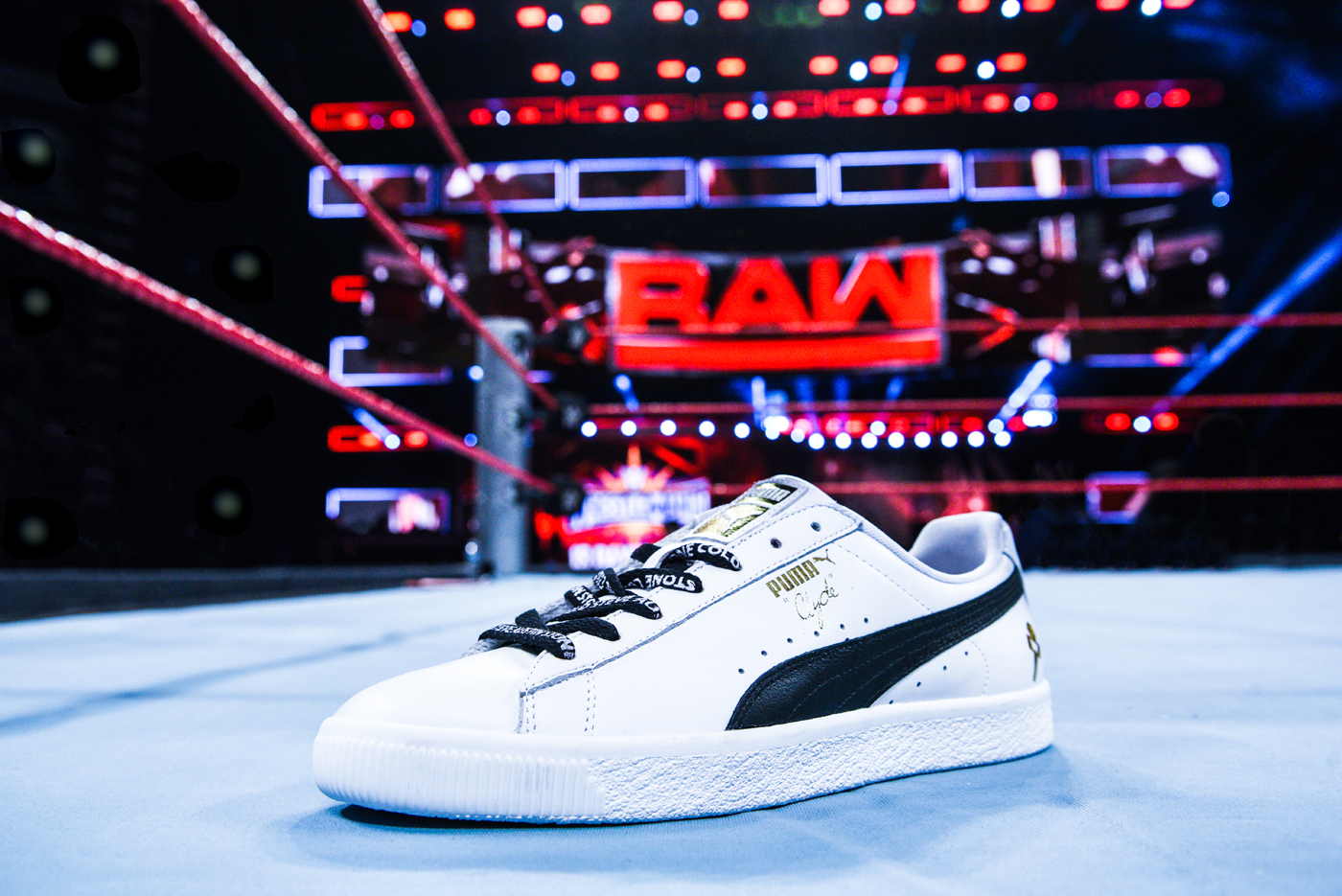 With professional wrestling’s most anticipated show coming up, WWE Wrestlemania 33, Puma and WWE have created an exclusive colorway of the Puma Clydes that will be released at Foot Lockers around the US. For this collaboration, Puma took inspiration from five legendary wrestlers. The Puma and WWE collaboration will be presented with Puma Clydes in two different colorways — and there’s apparel to match.

The first colorway features a white upper with a black Puma logo on the lateral side, WWE branding on the heel, and a gold microphone on the lateral side. The white/black colorway will feature custom insoles of Andre the Giant, Ultimate Warrior, “Nature Boy” Ric Flair, Stone Cold Steve Austin, “Macho Man” Randy Savage, and the Undertaker, all created by artist Alexander John. This colorway will come with laces of the wrestler that matches the custom insole.

The second sneaker is a blackout colorway with gold detailing on the Puma and WWE Branding and custom insoles that feature the Undertaker. The collaboration will provide black and white t-shirts that feature artwork of the Ultimate Warrior, the “Nature Boy” Ric Flair (WOOOOOOO!!!), and the deadman, the Undertaker.

The Puma x WWE Legends Collection is set to release on April 1 to coincide with Wrestlemania 33. Less than 600 pairs will be released at select Puma Lab powered by Foot Locker locations nationwide for $199 each and a limited Undertaker version in a special packaged box that will retail for $499 but only 23 pairs are available.

For the white/black colorway, you will not know what wrestler would be featured in the insoles since they will be sent out at random to select Puma Lab powered by Foot Locker locations. Check out the Foot Locker Launch Locator if you are looking to cop a pair.

What do you think about the Puma x WWE Legends Collection? Do you think other sneaker brands should collaborate with the WWE? Will you cop a pair? Let us know what you think in the comments below. 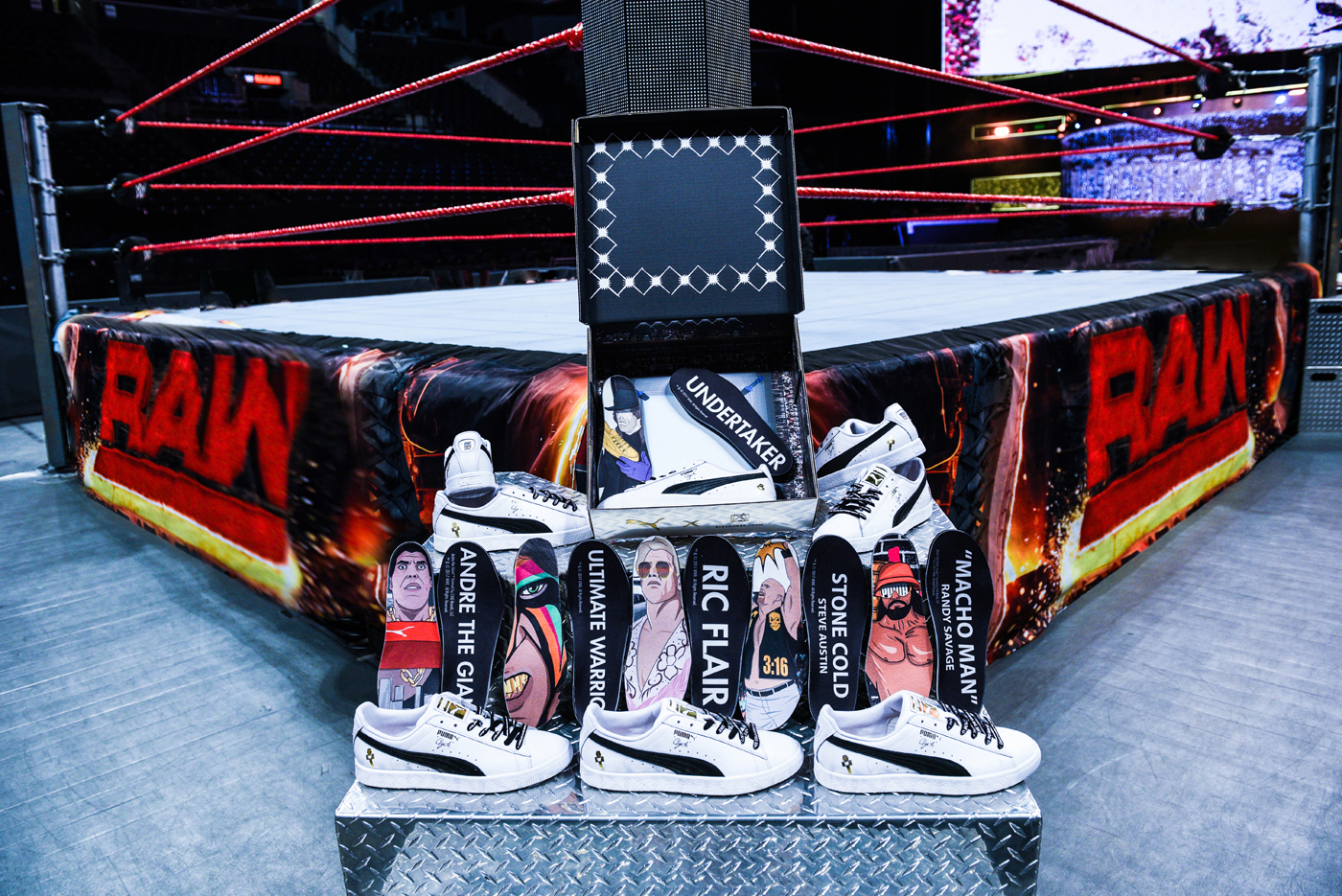 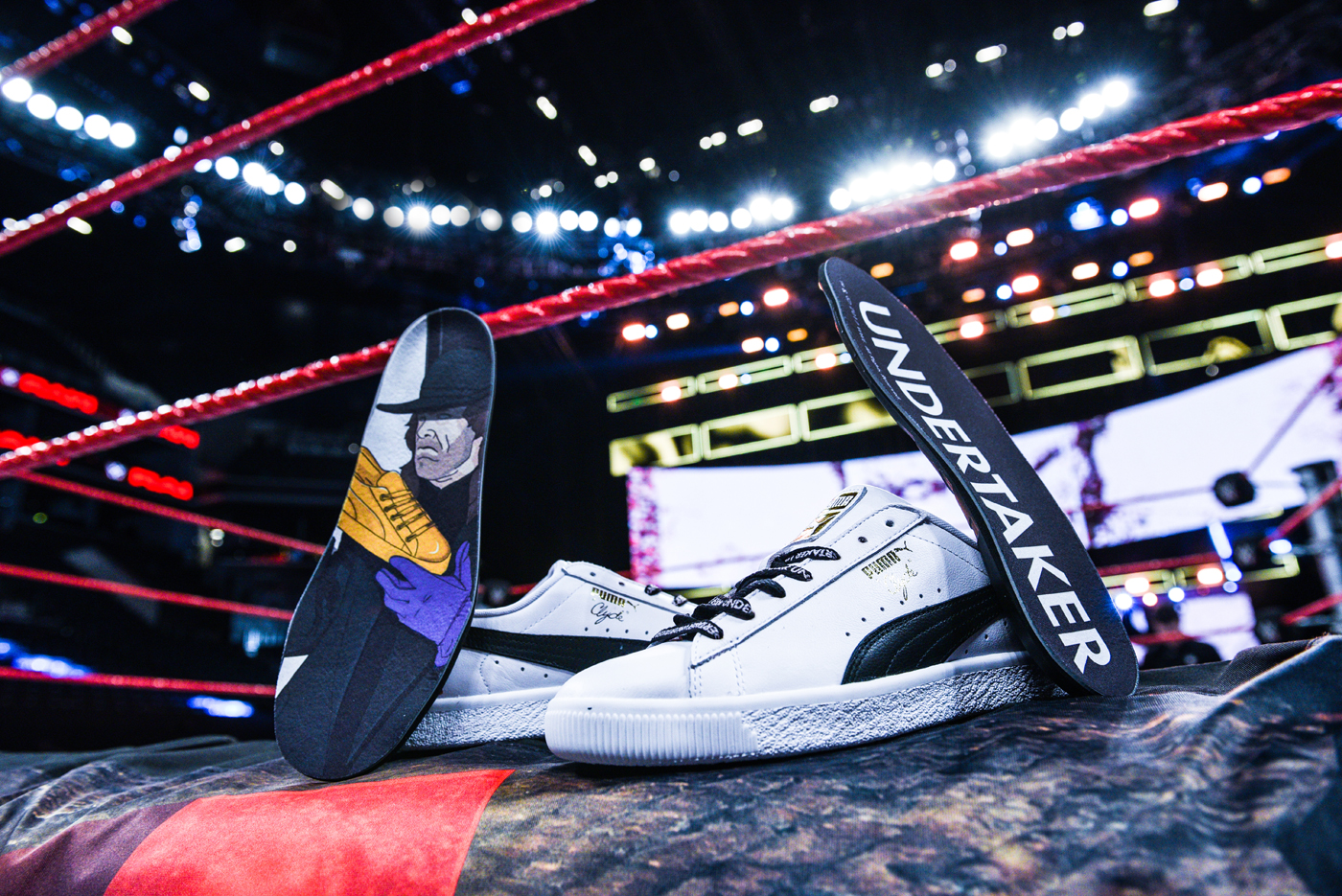 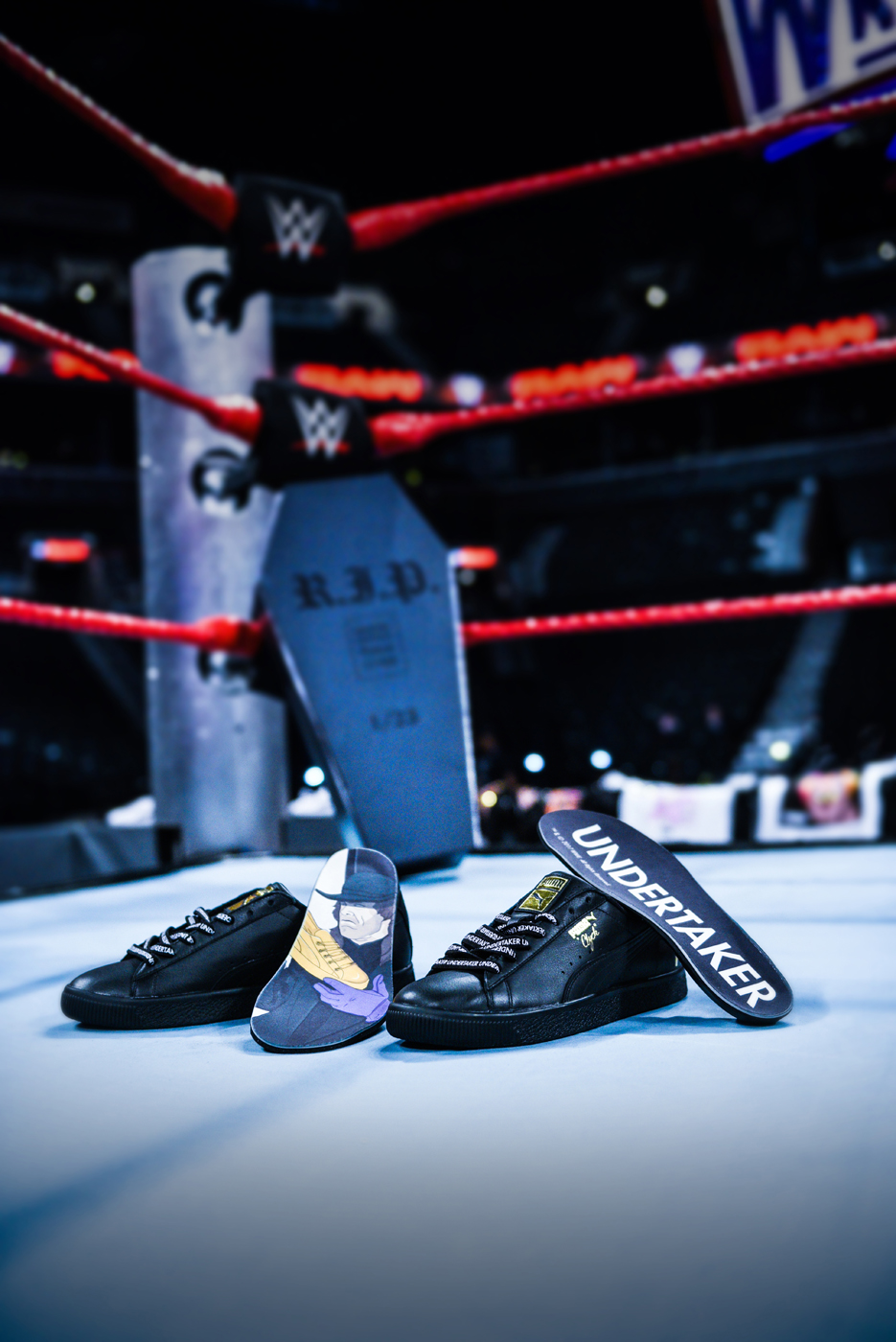 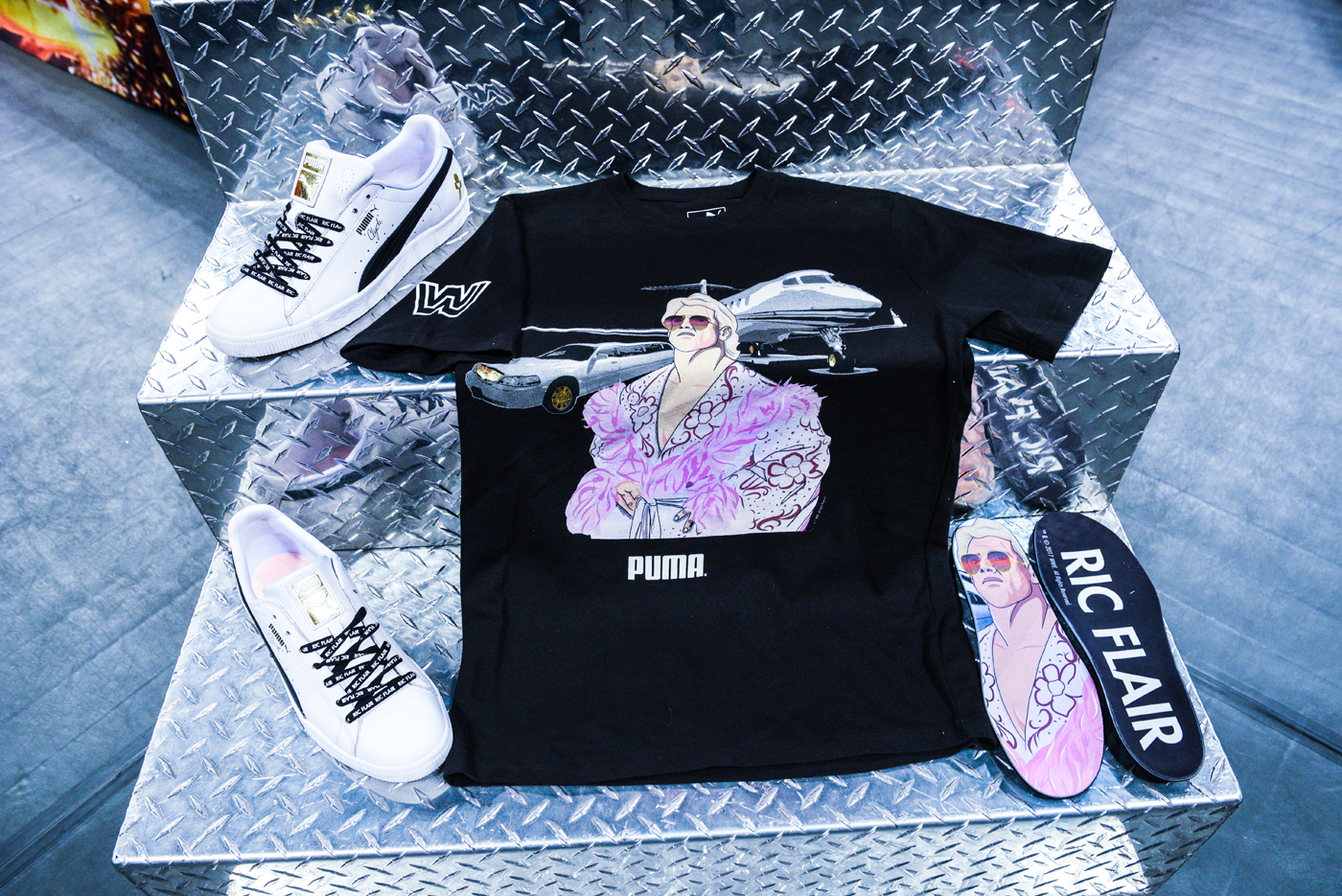 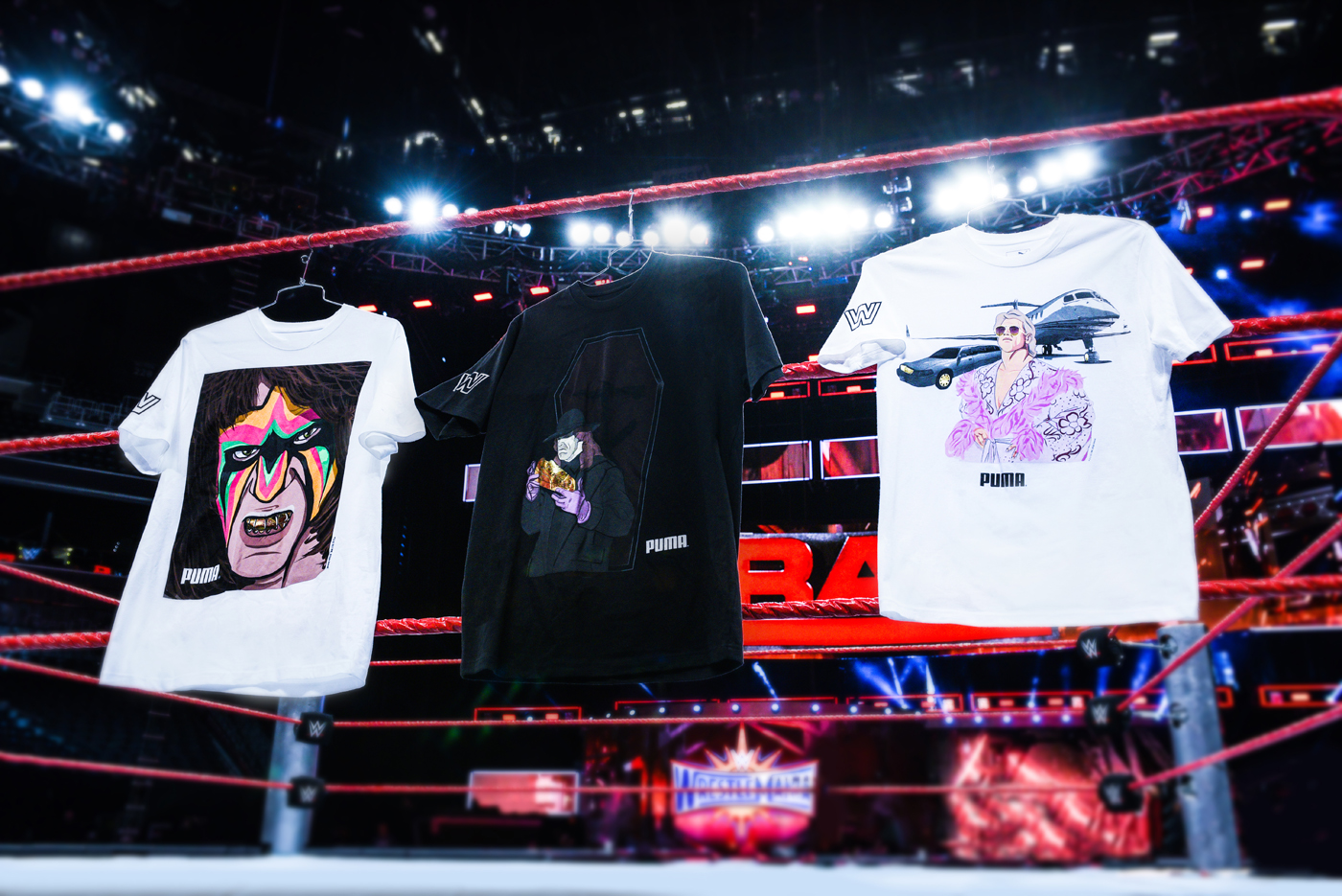