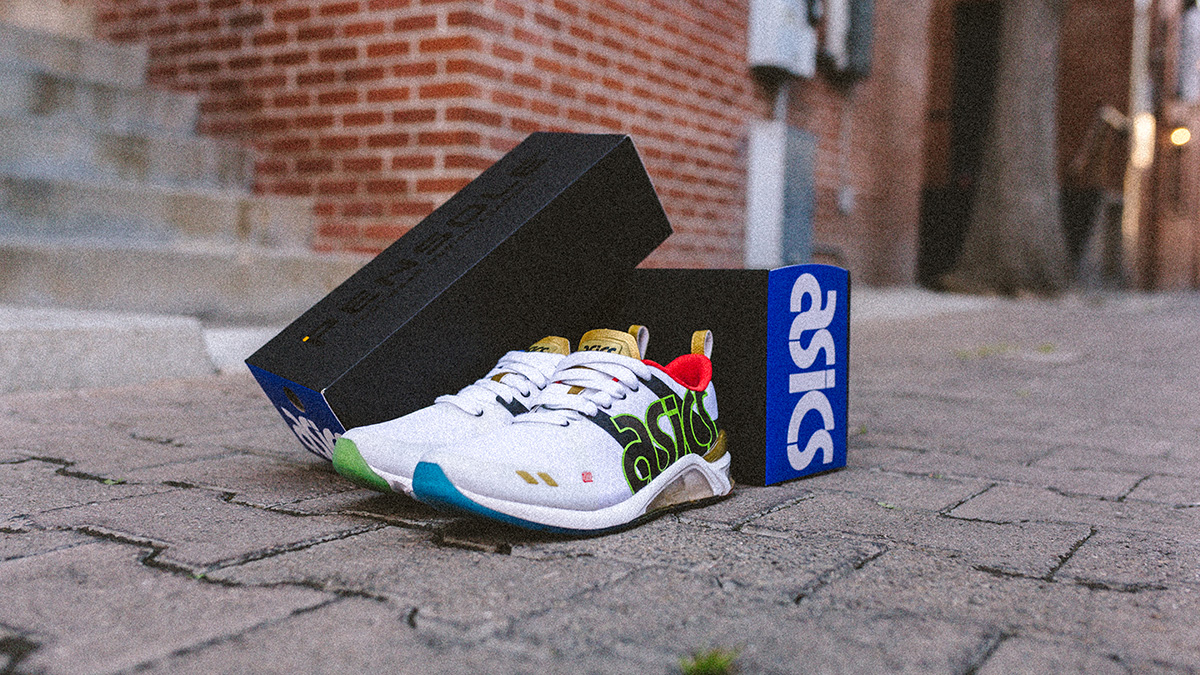 A special edition PENSOLE x Asics ‘Fresh Up’ GEL-180 was created by members of the Foot Locker “Fueling the Future of Footwear” Master Class of 2016. Now, the shoe has been unveiled and it will be releasing in a few days.

This latest sneaker out of the PENSOLE Footwear Design Academy was created by Master Class members Brady Corum, an American footwear designer, and Vince Lebon, an Australian color and materials designer that our readers might remember from Lace Up: The Ultimate Sneaker Challenge (his team won that competition, you can learn more about it here).

The Asics ‘Fresh Up’ GEL-180, which is inspired by hip-hop’s creativity and innovation, will be produced in very limited numbers; it will release online at FootLocker.com and at select Foot Locker locations worldwide this Saturday, February 24, for $180. According to Foot Locker, it features textures and colors from mics, turntables, graffiti, and more. A map of release locations is featured below. 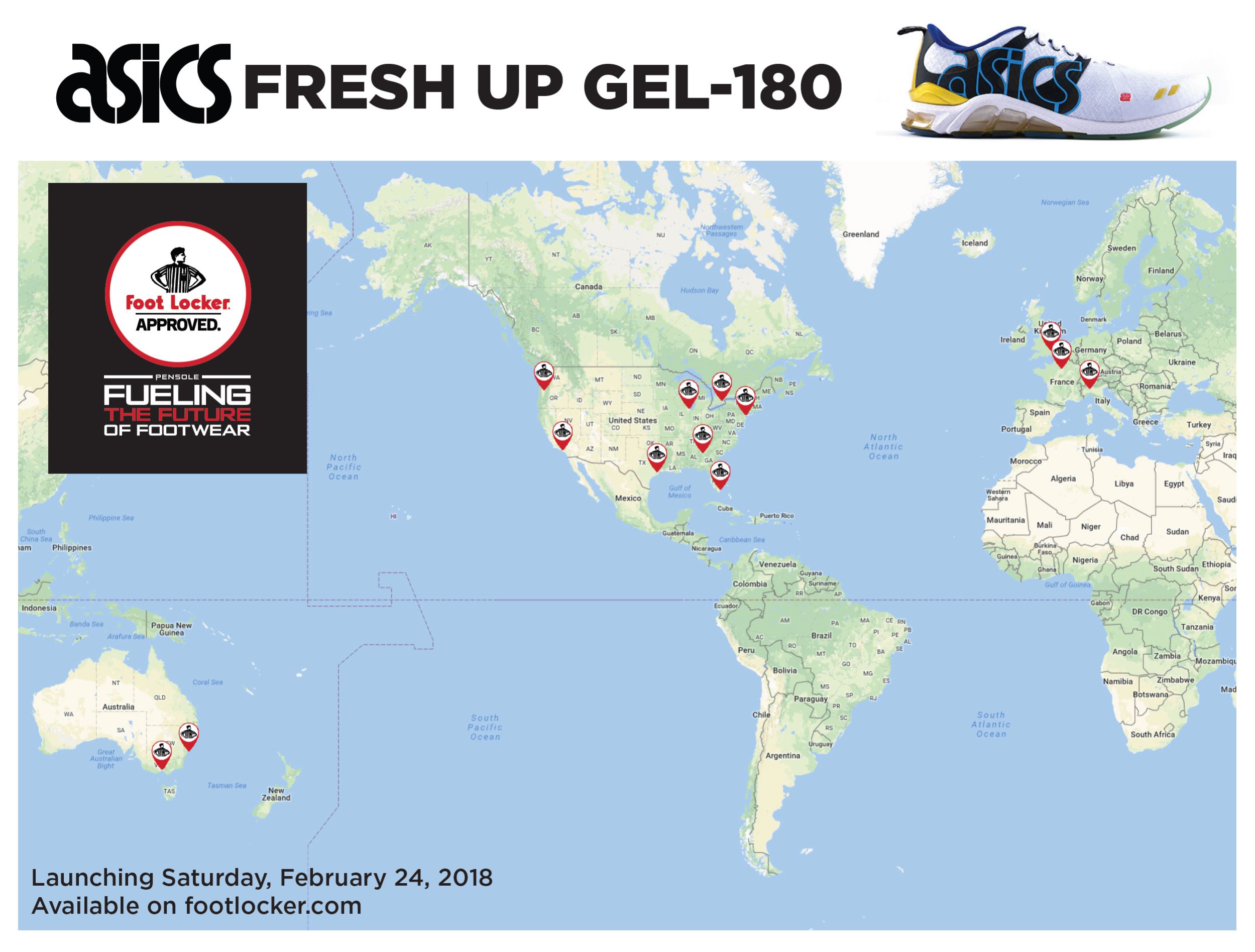 You can learn more about the shoe making process by tuning in to @WearTesters on Instagram; WearTester Stanley T. is out at PENSOLE in Portland showcasing the entire process for our readers.

“PENSOLE has continued to mentor and fuel the future of footwear design because we want our students’ dreams to become a reality,” said D’Wayne Edwards, PENSOLE founder, in a statement. “We focus on providing the tools and mentorship needed to bring our designers’ passion, creativity and hard work to life, with the ultimate goal of having their shoes sold at Foot Locker.”

Since 2015, Foot Locker and PENSOLE have collaborated on several different sneakers including the Asics Gel-Lyte 3 ‘PENSOLE Reflect’ and Maxwell Lund’s winning design of the PENSOLE World Sneaker Championship. 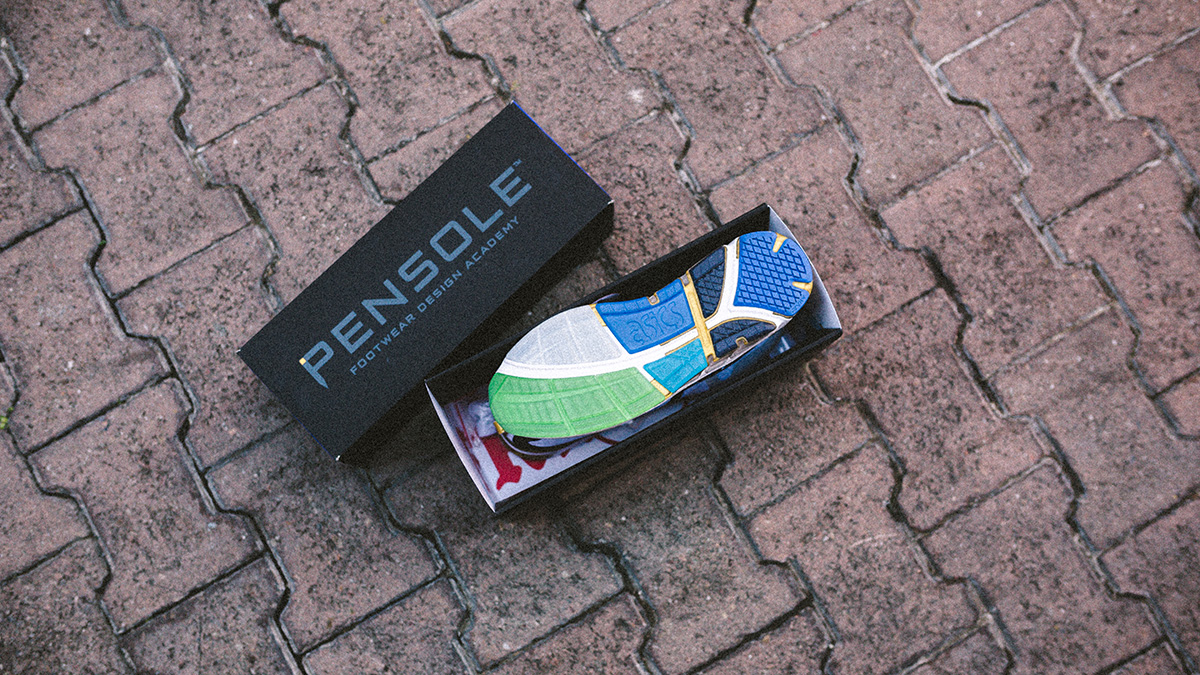 “Through our partnership with PENSOLE, we are proud to support the next generation of global footwear designers that share our same passion for fresh thinking, creativity and style,” said Patrick Walsh, vice president of marketing for Foot Locker North America, said in a statement. “With the launch of the ASICS ‘Fresh Up’ GEL-180, we’re continuing to bring the latest and most innovative sneakers to Foot Locker customers in stores around the world.”

Foot Locker’s “Fueling the Future of Footwear” Master Class at PENSOLE is an intense three-week course that offers 18 students the ability to gain first-hand design experience. Registration for the next Master Class will open this spring.

The next PENSOLE x Asics collab is expected to drop exclusively at Foot Locker in late 2018 so stay tuned.