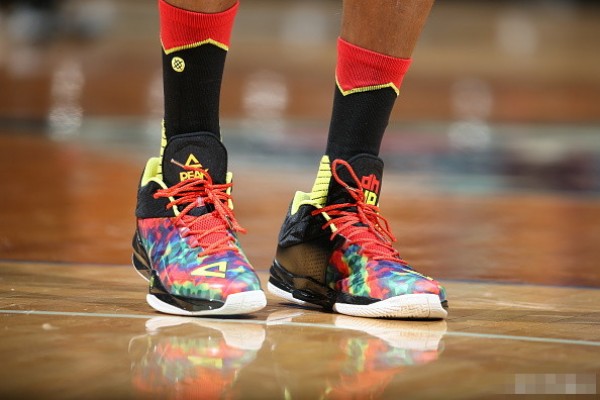 The holidays may have passed over a month ago, but that doesn’t take away from the fact that the PEAK DH 2 Christmas Day colorway is awesome. With a multicolor PEAKSurface upper, solid white outsole, and black and lime accents, it’s hard to deny that this colorway will stand out on any court.

The PEAKSurface on this colorway, however, features a material that is much different than what is found on DH 2 colorways we’ve seen so far. This upper is much more stiff, doesn’t breathe at all, and looks as though it’s going to take a while to break in. I believe that it will be worth the pain, though, because this colorway is gorgeous!

Everything else on the shoe is the same as other DH 2 colorways, including the traction, cushionm and lacing system. Overall, I’m a big fan of this holiday colorway of the PEAK DH 2, mostly because it doesn’t scream Christmas.

What do you think of the PEAK DH 2 Christmas Day colorway?  Let us know in the comment section below and stay tuned to WearTesters.com for future PEAK releases.