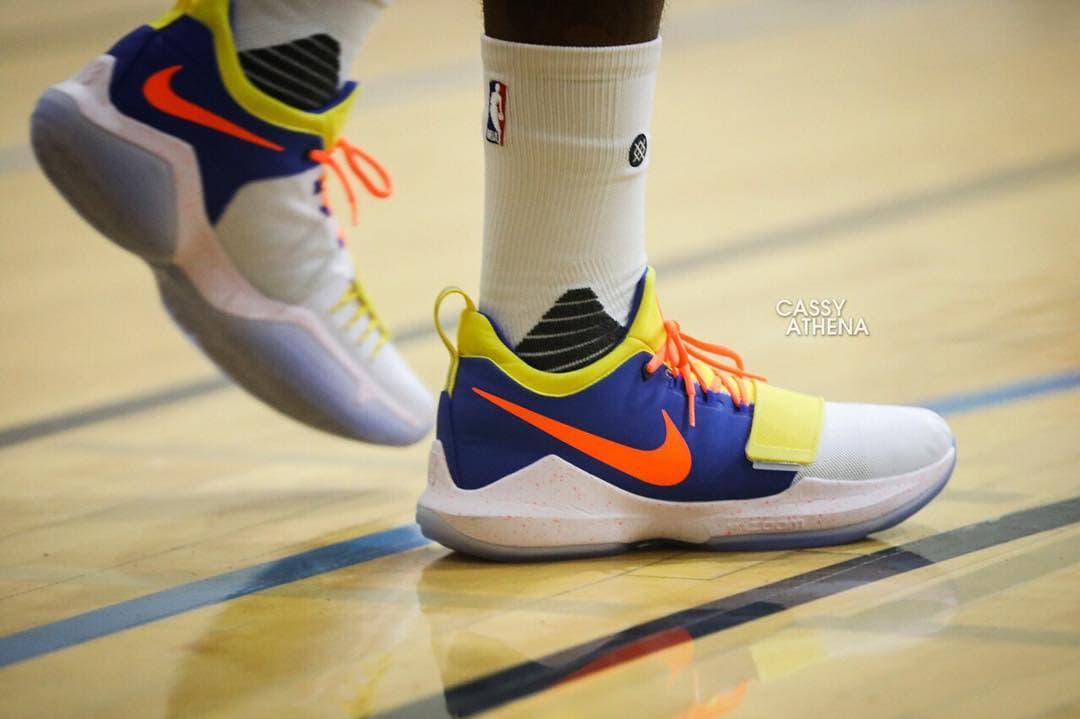 Paul George is out here rocking heat this summer.

Photographer Cassy Athena recently snapped some shots of Paul George rocking the Nike PG1 with style in a summer exhibition game while being defended by new Phoenix Suns guard Devin Booker (that one kid who dropped 70).

On Paul George’s feet is a vibrant OKC-themed colorway of the PG1. It isn’t the exact OKC color scheme, but we get the point. PG is on the OKC Thunder now and isn’t afraid to flaunt it. This could be PG’s statement to the world letting us know that he is locked in and ready to do some damage with his new teammate, and current NBA MVP, Russell Westbrook.

The Nike PG1 is available on NIKEiD, so let’s see some creative OKC colorways. Use the #WearTesters to share with us. 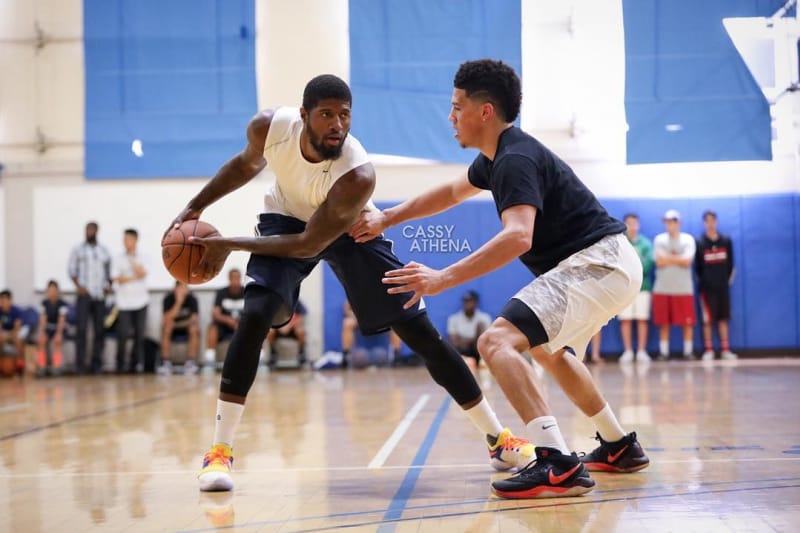