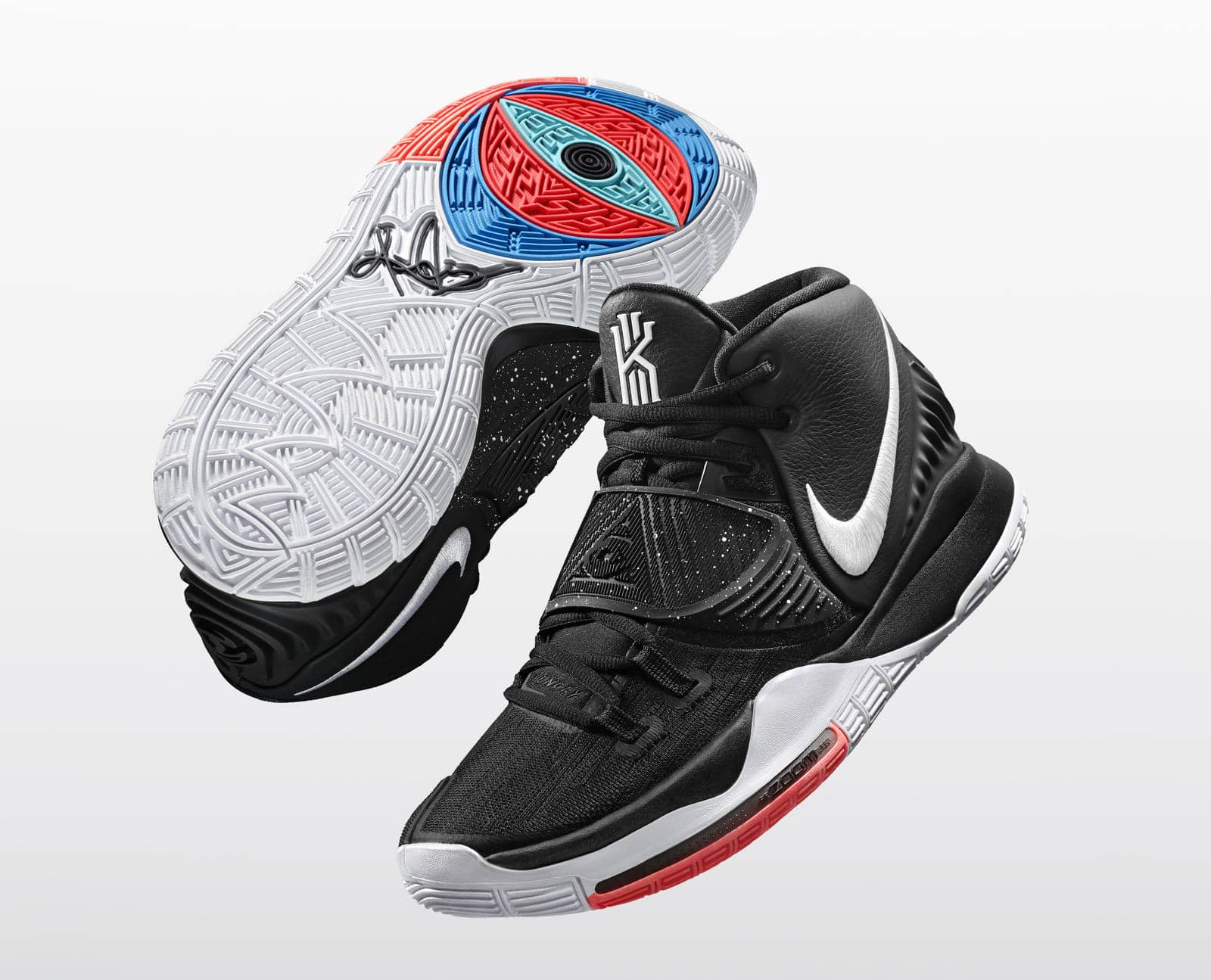 Designer Benjamin Nethongkome is again back with Irving in a continuous effort to combine the performance needs of Uncle Drew with his unique personality and values. Built to support his dynamic play style, the Kyrie 6 design meets functional needs of the perennial All-Star and one-time NBA Champion, along with “inspiration from past Nike shoes” as referenced by Irving himself.

According to Nike, tech features of the Nike Kyrie 6 include a return of the same flexible forefoot Zoom Turbo unit found in the Kyrie 5, a new midfoot strap for support, an evolution of the line’s 360 traction, and a new last that puts Kyrie 5mm closer to the court. The main build of the Kyrie 6 will also feature a mix of ballistic mesh and premium leather materials to allow for both on-court support and off-court appeal.

The Nike Kyrie 6 ‘Jet Black’ will release November 22 on Nike.com and retailers like Dick’s Sporting Goods at a price of $130.

We’d love to hear your thoughts on Kyrie’s latest signature by continuing the conversation over at our WearTesters Discord Community.