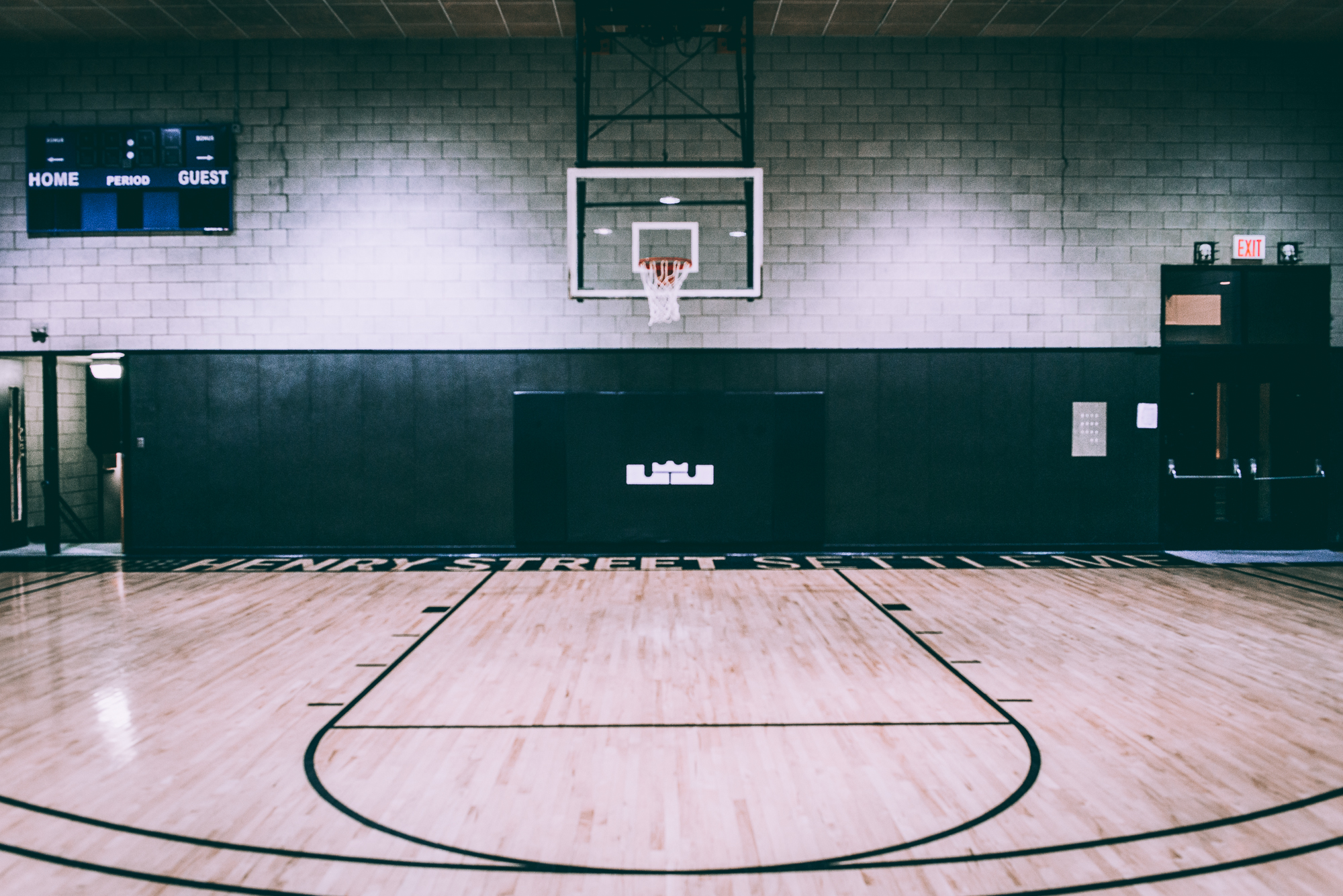 First and foremost I’d like to thank Chris (Nightwing2303) and the WearTesters family for allowing me to contribute. I’ve been associated with you all but haven’t formally contributed much besides pictures and comments and such. Thank you.

As King James comes to take on New York, Nike Basketball invites you to wear-test the new NIKE LEBRON 13 and elevate your game during a 1-on-1 basketball training experience.  Trainer Idan Ravin’s approach seamlessly blends a focus on both mental and physical attributes. As he has with LeBron, he’ll lead you through the keys to honing your offensive game through explosive movement and efficiency – (Nike)

Today I’d like to tell you about to a great experience I had this Thursday morning. It was brisk,early, and damp in New York City. We begin with an early morning pick-up via car service from my crib, thanks to Swoosh. The ride took a little less than an hour, but then again, if you’ve ever been to the Big Apple traffic is one of its biggest issues.

We drove down over the Verrazano on to the BQE (Brooklyn-Queens Expressway), through the Tunnel, onto the FDR Drive, and finally arrived at our destination on the Lower East Side where the Boys & Girls Republic gym is. The Kobe X Weartest event was hosted by Nike here but today we’re here to weartest the Lebron 13. 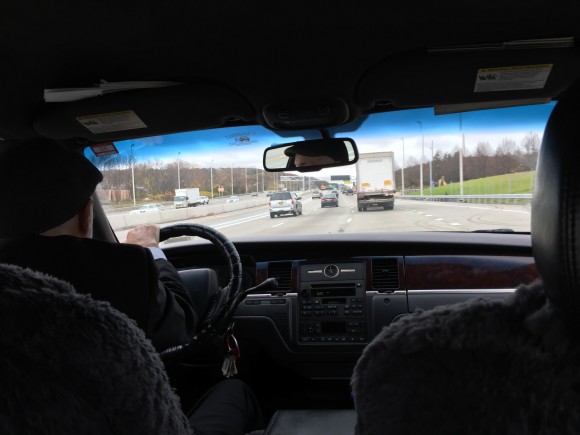 Upon opening the door, after I introduced myself to the crew, I was greeted by the Nike team and offered food ahead of time. I declined because I don’t like to overload prior to practicing/playing basketball (boy was that a bad idea). I was then led down to a locker room and surprised with a whole bunch of gear — from Nike Benassi slides to towels to toiletries for refreshing after the training and the Nike LeBron Backpack to carry the items after the training session. Most importantly, we were presented with Nike Hyper Elite socks, Nike Elite Shorts, Nike pro Combat compression shorts, LeBron Dri-fit training shooting shirt, and, of course, the star of the show,  Nike LeBron 13. 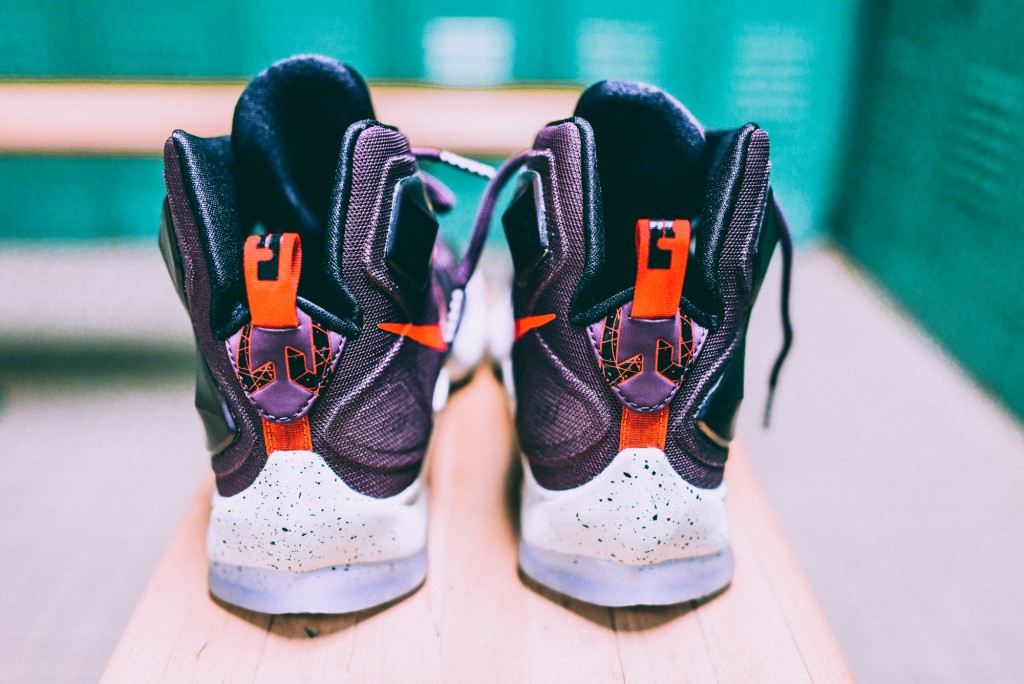 Once I acclimated myself to all the proper gear I got changed and went up into the court. The one and only Idan Ravin greeted me, author of The Hoop Whisperer and trainer to a couple of people you might have heard of: Lebron James, Chris Paul, Carmelo Anthony, Skylar Diggins, Kevin Durant, Stephen Curry, Kobe Bryant, and Josh Smith just to name a few. 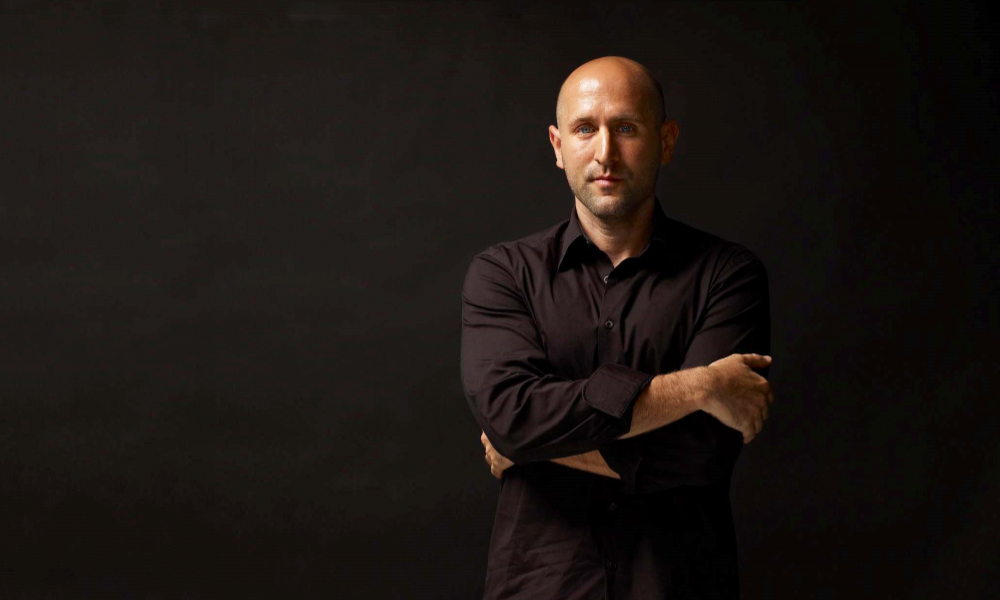 We started off with a couple of basic stretches utilizing a foam roller. While doing so, Idan and I got to chat a little bit about life, previous and new players he’s worked with (Elton Brand, Justise Winslow, Jablil Okafor, Willie Cauley-Stein), and our daily obsession of watching the Foot Network (we can agree to disagree but we all love food). From there we worked on basic sprints utilizing only the push from off of the forefoot, defensive slides, etc. which went out for a good ten minutes. Then grueling part began: from putting both hands on the wall and utilizing general steps, to speeding up to jog, to sprinting while having the knees up to chest level. This continued for about five minutes. 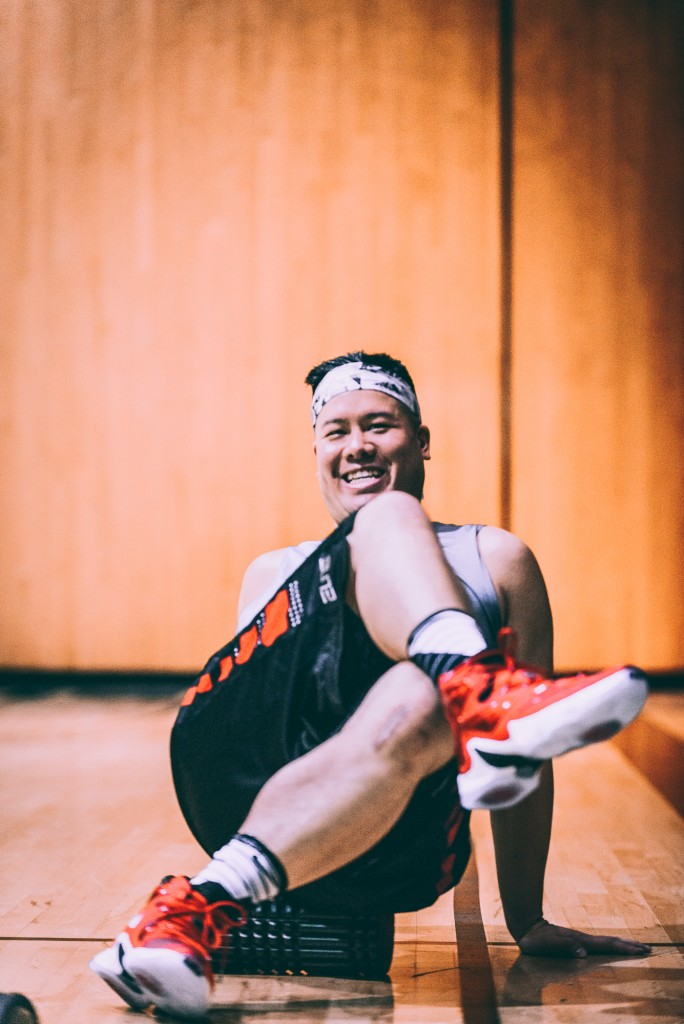 We continued this wall spring drill and jump rope process a few more times. By then, sweat was covering my shooting shirt and the floor. Then, out of nowhere, an unfortunate thing happened: my right calf cramped with the utmost cringe possible. I felt I had failed, and that my body had failed me. I’ve never been put through such a rigorous regimen in such a short period of time, let alone from a professional trainer to NBA stars. 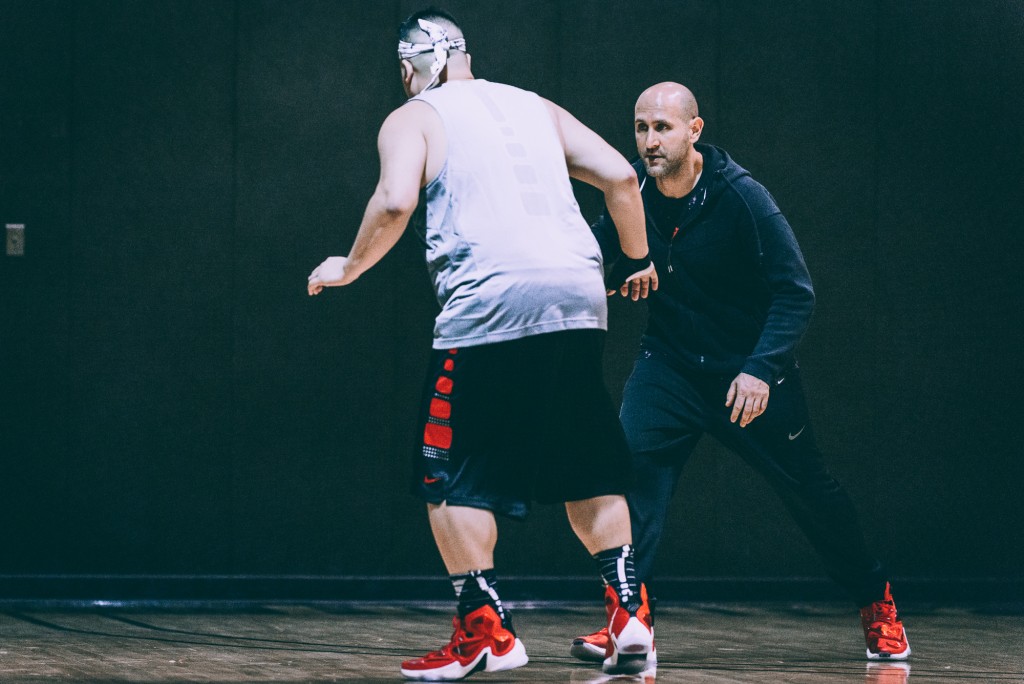 Idan was a true professional. He helped me stretch out my calves, quads, and anything that made my muscles tighten due to being over-worked. Then I got a rare opportunity: I got to talk to Idan the person, not just the trainer. He told me everything that was happening to me is more than normal. Athletes he’s trained have gone through cramps or even regurgitated their food from the night before. What Idan specializes in is tiring you out and making you feel like you’re in the fourth quarter of an NBA game. Players become tired and worn out, but the ones who worked hard, worked consistently, and trained are able to sustain enough energy and maximize their talents to finish games like real All-Stars and pros do.

After twenty minutes being down, we did a lot of stretching and got back to basics to help prevent further injury. He said I should stay consistent with my work-outs (guilty). And that doesn’t just mean on the basketball court, since much of the building of a good basketball player has nothing to do with even holding a basketball — it’s almost all basic conditioning. The Nike staff got me some fruit and Gatorade so I could fill my body with enough nutrients to get back on my feet. 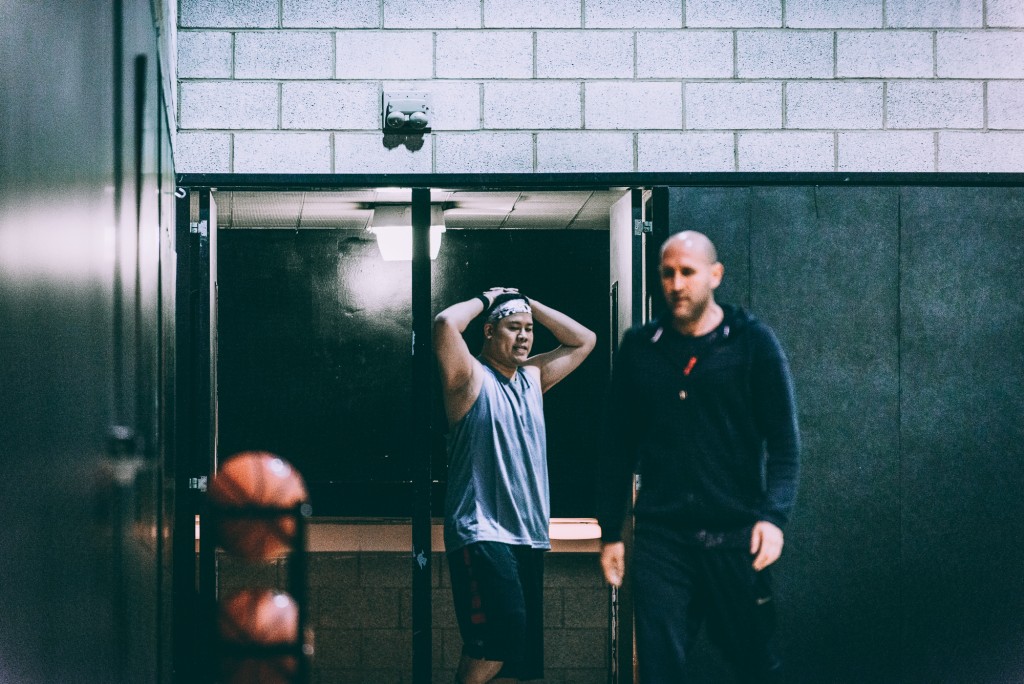 I tried to jog it off but Idan was already able to tell I was favoring my other leg due to the cramp I had. But I didn’t want to give up, and he didn’t allow me to. I had requested that the Nike staff see if they could change the size of the shoe I was given; I’m naturally a size 13, but I felt that the midfoot Posite material cut off some circulation to my feet. The staff was very understanding and accommodated me with a size 13.5. I’d like to add that everyone’s foot is shaped differently, so the Posite could affect everyone differently. 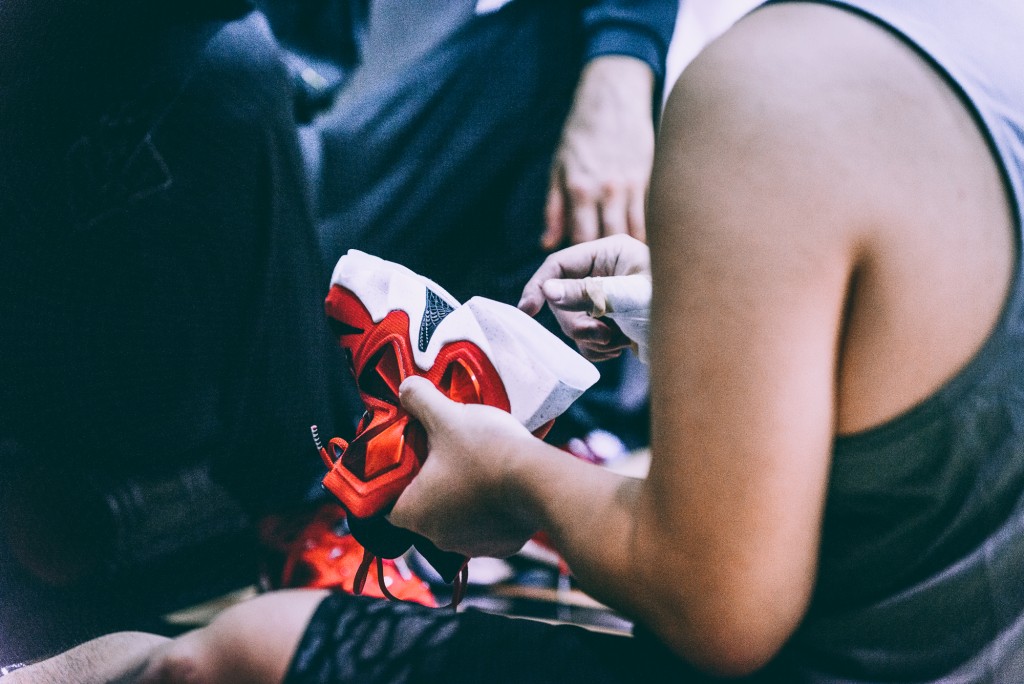 The Lebron XIII more than held it’s own. It had great traction, impact protection from the 13mm forefoot and heel zoom units, and lockdown was superb. I do suggest that you try on the shoe before purchasing so you can get the correct fit for your feet. I actually have tried multiple LeBron shoes and these felt decent. I say decent because I’d only been wearing the 13 for an hour so I couldn’t fully break-in the shoe (usually about two weeks of playing in a shoe). This shoe is definitely a court beast. For more information make sure to check out Nightwing’s Performance review of the Lebron XIII. If you’re interested in purchasing a pair, click here. 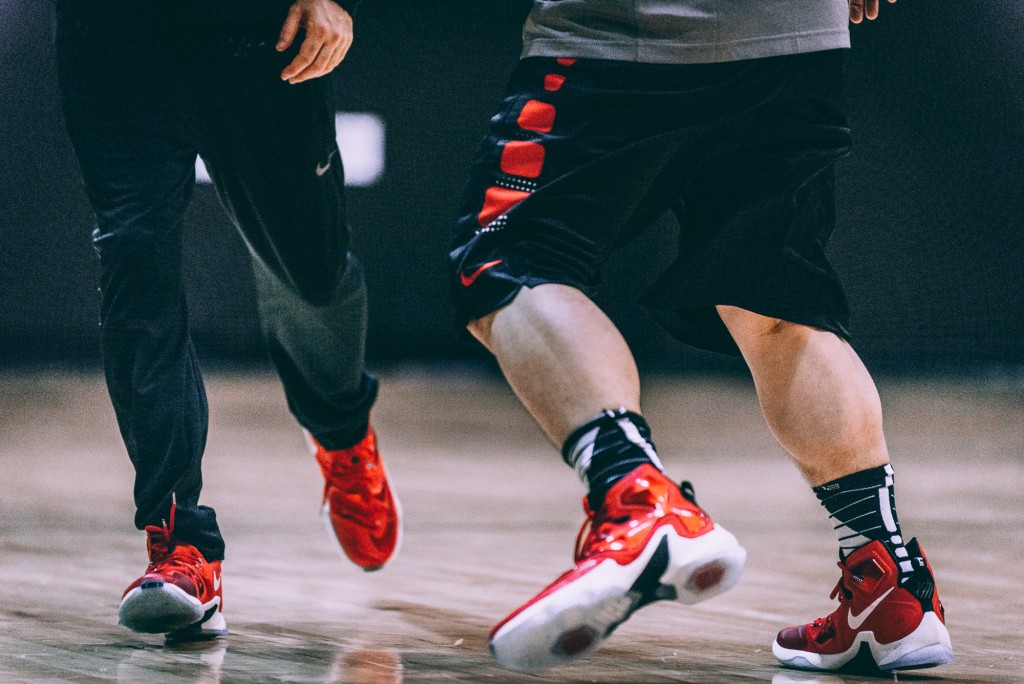 Idan also helped me work on restructuring the mechanics of my jump shot. Consistency in my jump shot was not always there, since I learned by staring at the television and watching Allan Houston, Ray Allen, Steph Curry, Klay Thompson, etc. Idan helped me tweak some issues in my jump shot that were based on muscle memory. It’s difficult to remedy those issues but with more practice and reinforced training, it can be done. We took multiple positions around the box, to the elbow, all the way to the top of the key. He helped me maneuver and pointed out the issues with my shooting by correcting my movements. 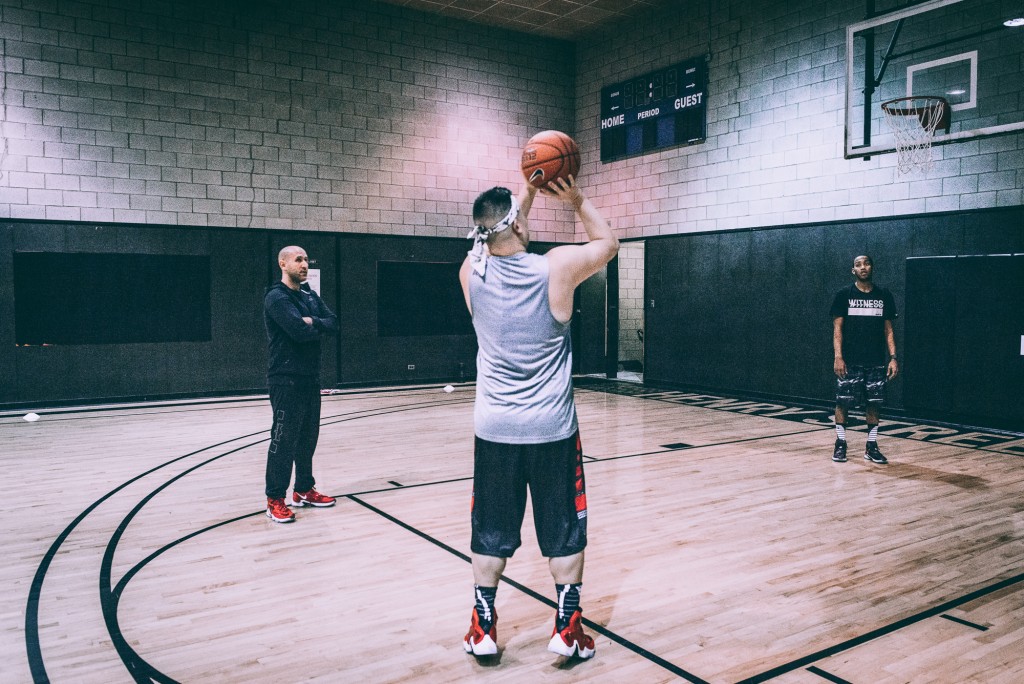 By the end of the session, I was worn out, tired, and sweaty, although I knocked down ten jump shots in a row. This made me feel better since I hate leaving the court without hitting a shot. The most important thing was taking this experience and putting it into the real courts now (watch out 8th graders!). I was applauded by both Idan and the Nike team with lots of encouragement, telling me to keep my head up and that I did a great job. I walked out of that gym not only feeling like a better player, but a better student of the game. Now, I’m able to share those lessons with the kids that I help volunteer and teach. 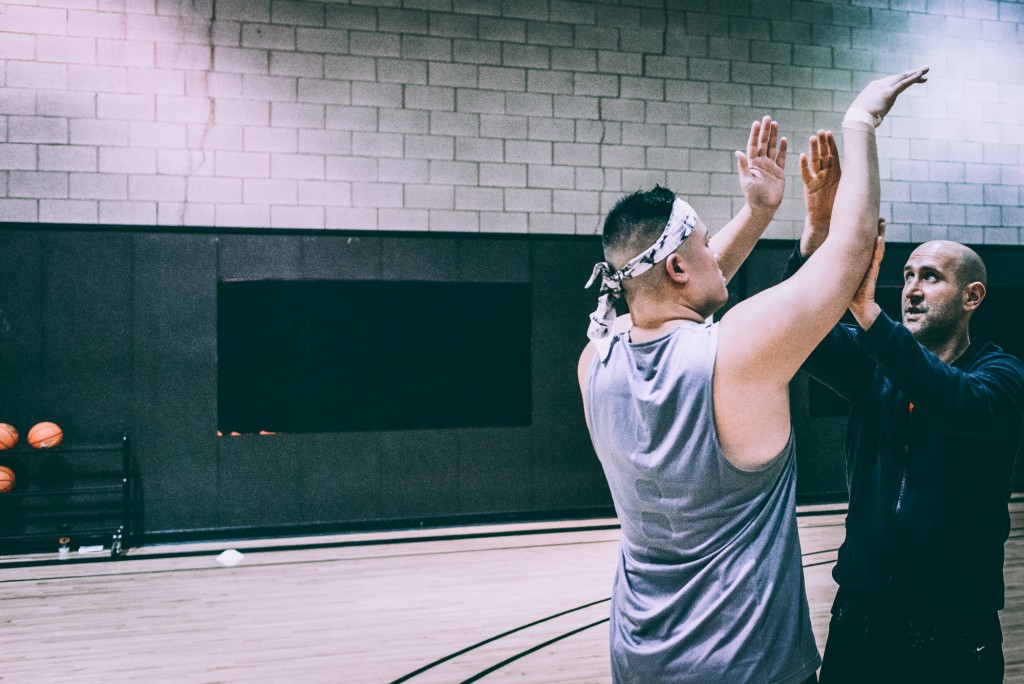 Idan and I exchanged pleasantries and we’ll be keeping in touch. He’s not only a great trainer and motivator but just a genuinely great person. Thank you to the whole Nike Basketball team for setting this event up and allowing me to be apart of such a great experience. I’m looking forward to the next one. Until then, just do it. 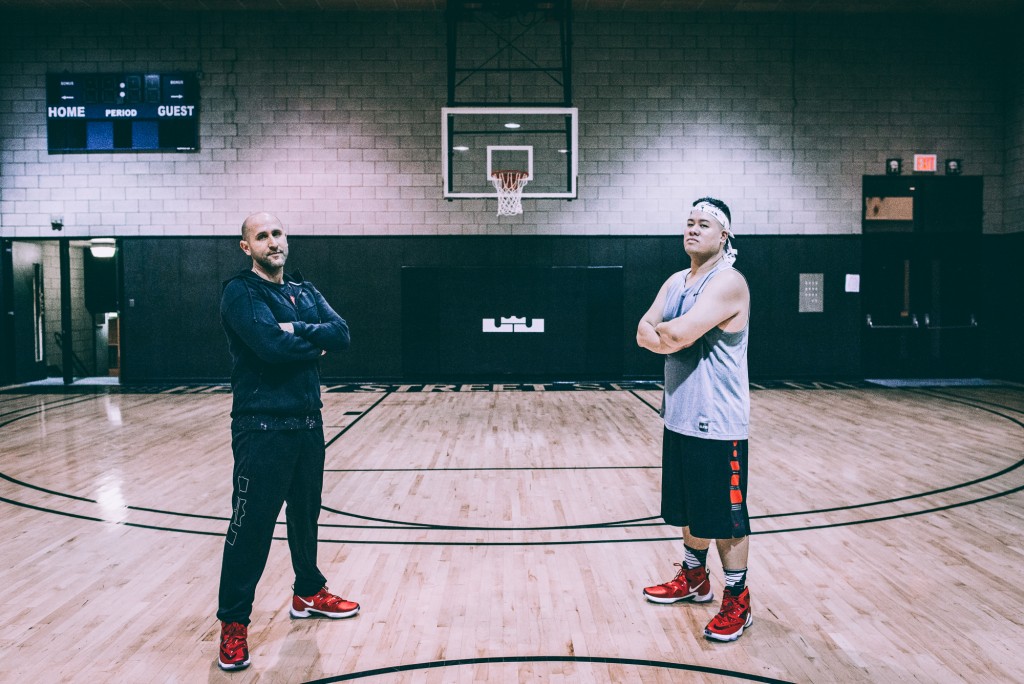