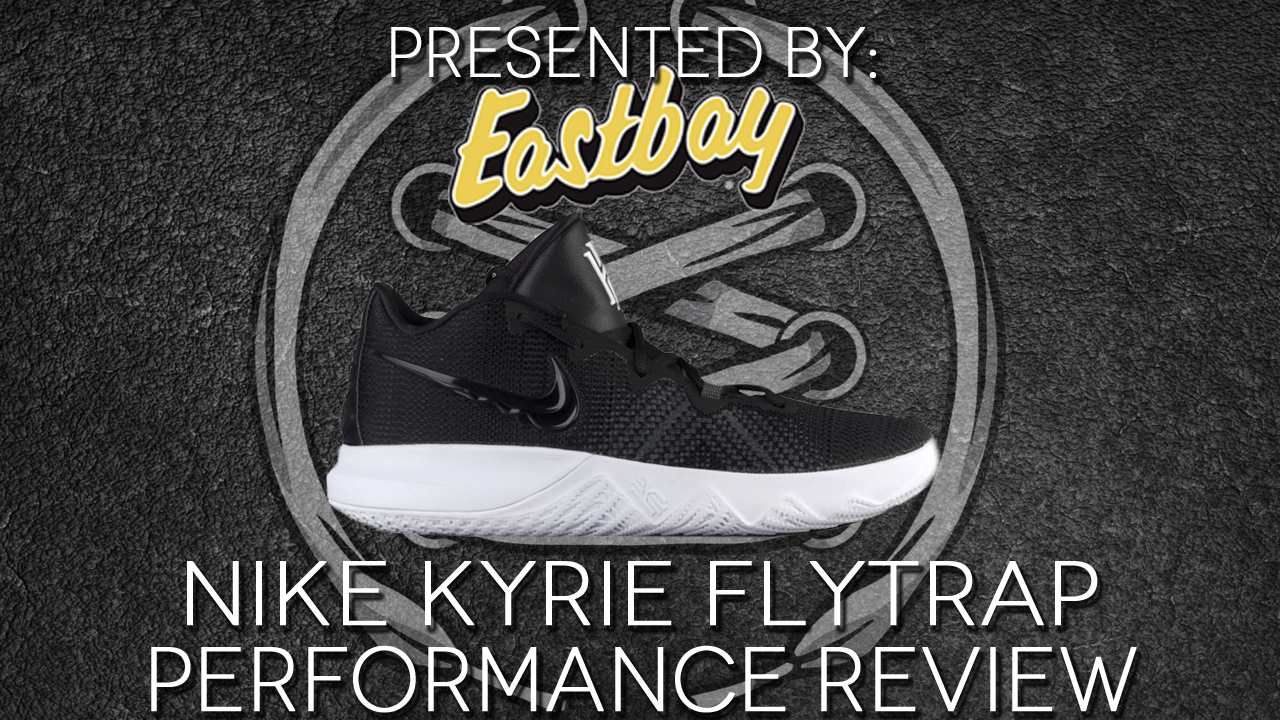 In 2018, Nike and Kyrie Irving introduced an even more affordable basketball shoe than the Kyrie 4. I wear-tested the Nike Kyrie Flytrap — here’s my performance review.

The Nike Kyrie Flytrap is available now at Eastbay.com

Traction on the Nike Kyrie Flytrap is similar looking to that of the Nike Kyrie 4. The main difference is the way the pattern is implemented in each model, and it was done more aggressively in the Kyrie 4 than in the Flytrap.

While the pattern on the Flytrap is flat, it wasn’t half bad depending on the court you played on. I noticed that dust wasn’t much of an issue as long as you kept the surface of the outsole clean on most courts. However, there is this one court I play on that hasn’t been refinished in 30+ years (I’m not exaggerating) and that was the one surface that the Flytrap showed its faults.

The aggressive implementation of the Nike Kyrie 4’s traction was able to hold on this same court without much issue, other than needing a wipe here or there, but I found that the Kyrie Flytrap needed constant wiping just to maintain decent grip.

If you happen to know the condition of the courts you usually play on are then that is how I’d determine if the Flytrap will bite the court in the way that you may like. If your court is maintained on regularly then you will likely be fine, but if you play on a court that needs a little bit of TLC then you may want to look at something like the Kyrie 4 instead.

The cushion in the Nike Kyrie Flytrap is about as minimal as it gets. Well, not quite Curry level minimal, but for a Nike budget model, the Phylon and small Hex Zoom Air are about all you can expect nowadays.

Despite being on the minimal side, I never found the shoe to be uncomfortable. Yes, impact protection is lacking, but the here Phylon is much more forgiving than what was used on the Nike Kyrie 2 and 3.

If I were to put the Flytrap head to head with the Kyrie 4 then I’d personally go with the Kyrie 4. I loved the Cushlon midsole and heel Zoom Air setup on the shoe much more than the basic setup found here. However, if you really enjoyed the minimal setup that was on the Kyrie 2 and 3 but wanted something slightly more forgiving then the Kyrie Flytrap will do you just fine.

Transition in the shoe was something I found to be very smooth and fluid.

I initially thought the Kyrie Flytrap used a cheap thin mesh build but I was quickly corrected by a member of the design team that it was actually a woven. It wasn’t until I took my camera to the upper that I was able to actually see that it was in fact a woven material — which I found to be fascinating because it’s super thin.

Being as thin as it is keeps the shoe pretty lightweight at just 11.6 oz, but the strength of the material isn’t compromised too much being that a woven tends to tighten up when more force is applied. It will allow for some stretch until the fibers are taught, but once taught it’s actually pretty strong overall.

I haven’t run into any real durability issues yet, but if you hoop outdoors regularly and toe drag then they might rip in no time.

The fit is my one major complaint about the Kyrie Flytrap. It feels like the shoe was made for wide footers, and seeing as how this shoe is priced at $80 it might be geared towards overseas players that primarily play outdoors — and usually have a wider foot than American players.

Most Nike shoes released in the Asia market have two things that American shoes don’t — XDR rubber outsoles, and the shoe is typically built on a wider last (foot shape). That’s exactly what the Kyrie Flytrap is like after I broke it in after a few days.

Lockdown was solid from the midfoot back, and the collar section was really nice as well, but the forefoot left a bit to be desired from a personal standpoint. I just felt like my forefoot was swimming inside the shoe during certain movements and it wasn’t my ideal fit.

Support is basic, but Nike didn’t leave anything necessary out. There is a small internal torsional shank and an internal heel counter.

The outrigger was kind of built into the midsole a bit as the rubber outsole wraps that section of the midsole — which does extend out just enough to be considered a wide base. To me, the support in the shoe is adequate overall.

If you happen to have a wide foot and don’t want to forefoot support at all then opting for the Kyrie Flytrap over another shoe where you’d have to go up 1/2 would be a smart decision.

Traction could have also been a bit more up to par with the other Kyrie models, but that was mostly dependent on the court surface. I should note that taking the Kyrie Flytrap outdoors was awesome as it gripped the blacktop nicely.

Not a bad shoe for $80, but I would opt for discounted Kyrie 4s — unless you happen to have a wide foot. 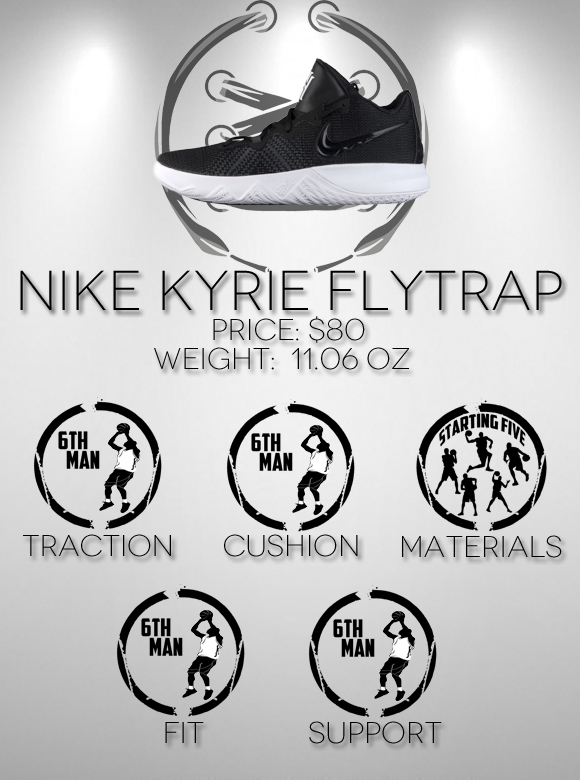