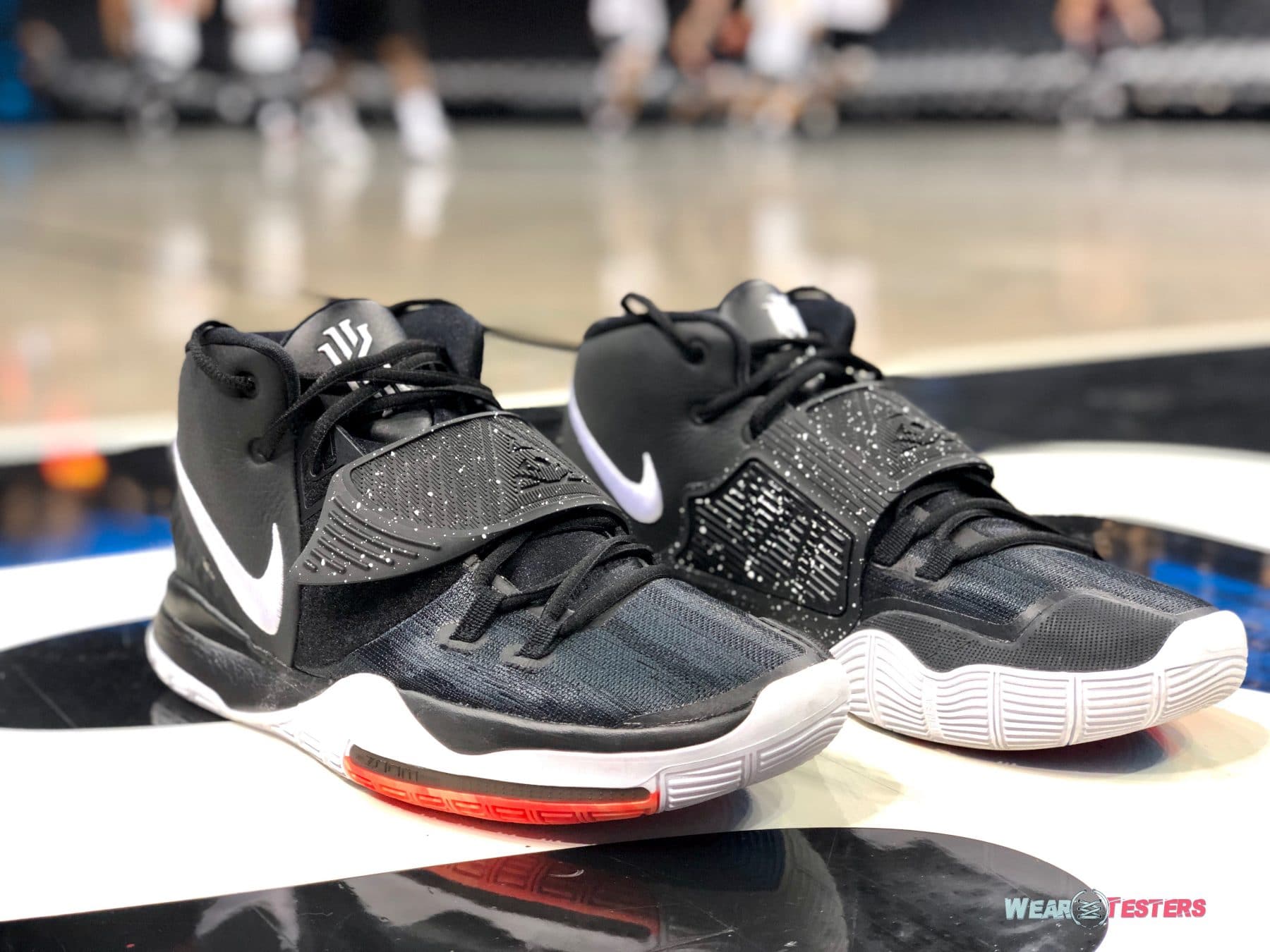 After the official unveiling of the Kyrie 6 today, Nike invited a small group of media members to the Barclay’s Center to try out the new Kyrie 6. We were able to play full court pickup games and try out the shoes for the first time. Here are my initial thoughts on the shoe:

First thing I noticed, the Kyrie 6 is snug. If you wear heavily cushioned socks, your feet will most likely be hurting. For those that like a snug fit like our own Nightwing2303, it’ll be great. For wide footers like myself, I’d suggest going a 1/2 size up.

After two to three games, the Nike Kyrie 6 broke in really well. The traction was good though I was playing on an NBA court so it’s not a representative sample. The Kyrie 6 feels lower to the ground than the Kyrie 5. Officially, it is lower by 5mm. I just wasn’t sure if I’d be able to feel a difference. You really feel the Zoom turbo on court. The softer injected phylon is a nice addition as well.

Overall, I think the Kyrie 6 is going to be a fun shoe for those that prefer court feel and play with a lot of movement. More thoughts to come from myself and our team as we play in our pairs. Keep scrolling for detailed images I took of the shoe on the Barclay Center floor.

And, shameless plug, we’re already heavy in discussion on the Kyrie 6 in our Discord community. So if you’re not a member yet, join now and get inside access to our entire team including early conversations about the performance of just released signature models like the Nike Kyrie 6.