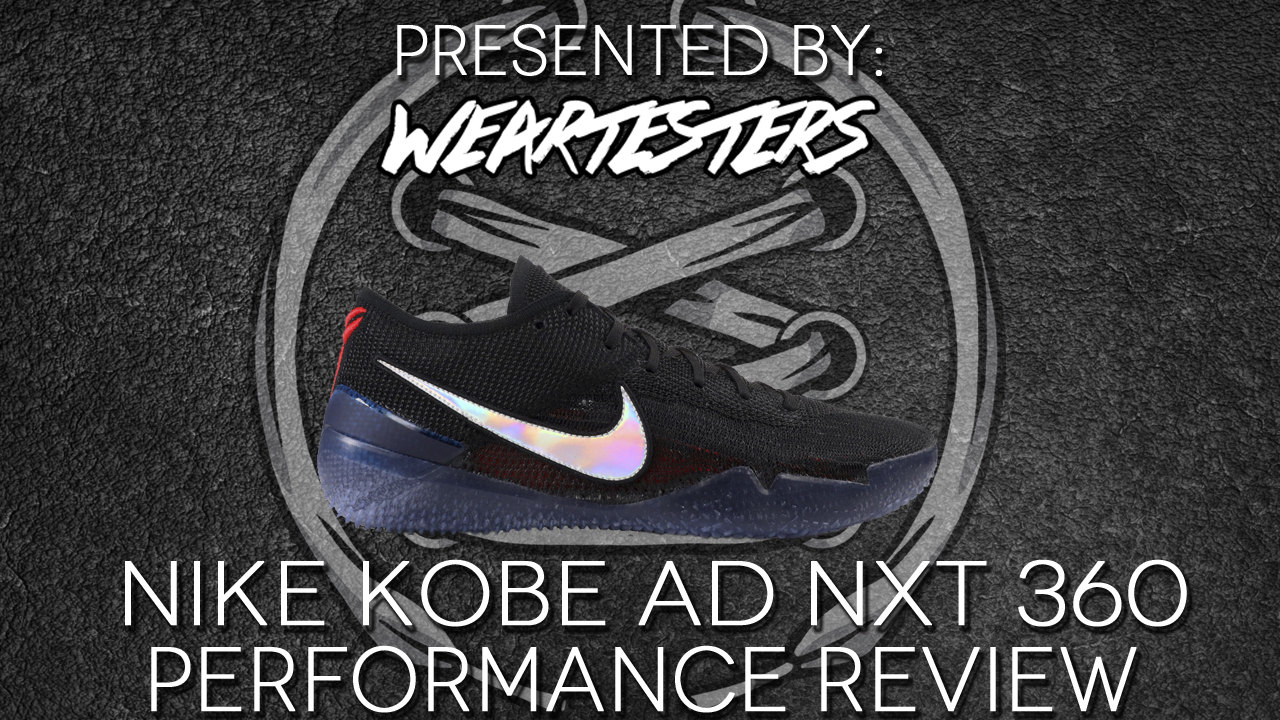 Who needs a bag when you have the Nike Kobe NXT 360? These shoes are super portable — just roll them up, throw them in your pocket, and go.

The Kobe NXT 360 features a translucent nubby traction pattern, and that’s all it is. Who cares about how the traction looks right? You all want to know how the stuff performs.

The traction it wasn’t bad, but it wasn’t the best either. On dirty courts, the shoe tends to be the kick it spot for dust; a legit dust party was happening underneath my Kobe NXT 360s, which caused some ice skating here and there. Definitely wasn’t a fan of that, especially for $200.

If you play on extremely terrible court conditions, do not buy the Kobe NXT 360. However, on ordinary courts that most of us play on you will be fine after the traction breaks in. Dust will still stick, and some wiping will need to occur, but it will be very minimal. Don’t expect this traction to be Kobe 9 good because you will be disappointed.

The cushion was by far my favorite part of the Kobe NXT 360. You get a drop-in midsole that features Lunarlon foam along outer edge for structure and support. Plush React foam is used at the center of the midsole for that feel-good softness.

At first I was a bit skeptical about this setup because the last React cushioning system I tested was pretty trash (Hyperdunk 2017). However, that was not the case for the Kobe NXT 360. This cushion was fire — and this dual-density foam has become my favorite cushioning set up of all time. The comfort is there, the impact protection is there, the court feel is there — the stuff is just amazing.

If I’m walking around or standing around the cushion it’s plush and somewhat bouncy. If I apply any force, whether it’s running, jumping, or cutting, it doesn’t matter — the cushion stiffens up a bit, so I don’t sink into to the midsole, and becomes a bit more bouncy. It’s almost as if the React is actually reacting.

Now for the materials. 360-degrees of Flyknit equals one word: bomb. This thin material is so durable and supportive it’s mind boggling because it’s like nothing is there. The Flyknit doesn’t stretch much due to the heating process that sets it, but because it wraps beneath the foot (360-degrees) it moves with you so well I honestly don’t have anything negative to say it. I’m almost speechless when it comes to materials in the Kobe NXT 360 — the stuff was that good.

The fit of the Kobe NXT 360 is a bit longer up front, and depending on how you wear your kicks, some people may want to go down half-size. Players who like the wiggle room for your toes should stay true to size.

Widefooters: I’m sorry, but this shoe just isn’t for y’all. No disrespect to the wide-footers out there, but if y’all squeeze in this shoe it’s going be very uncomfortable for you. For starters, people with wide feet tend to make shoes flatter than usual because the shoe is stretching out width wise. Being that this Kobe is already so low to the ground, a wide-footer might as well be hooping barefoot because this shoe can’t get any flatter.

Lockdown was like a vacuumed sealed bag, but with tons of airflow, and I wasn’t going anywhere. I did have to re-lace the Kobe NXT 360 a few times, but once the materials broke in and took the shape of my foot I was able to dial in the lockdown the way I wanted.

Beneath the midsole you will find a transparent shank plate for stability. An external heel counter also found its way onto the 360’s and does a damn good job at cradling the heel and locking it down. Flyknit 360 is the icing on the cake because it wraps the drop-in midsole and the foot for added support. What a fantastic experience.

Overall, the Kobe NXT 360 is the best Kobe shoe since the Kobe 9, in my opinion. The traction isn’t as good as the Kobe 9, but I don’t care because everything else makes up for the just slightly above average traction. Plus, you can roll the shoes up and put them in your pocket. 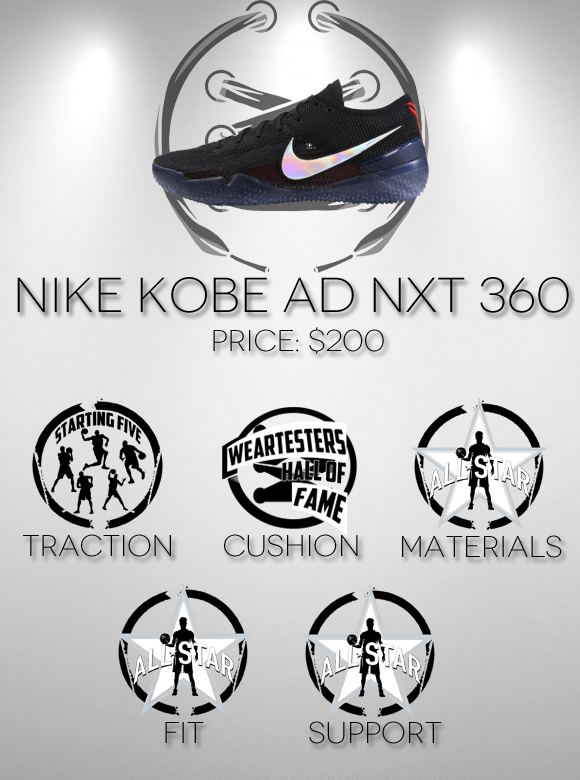