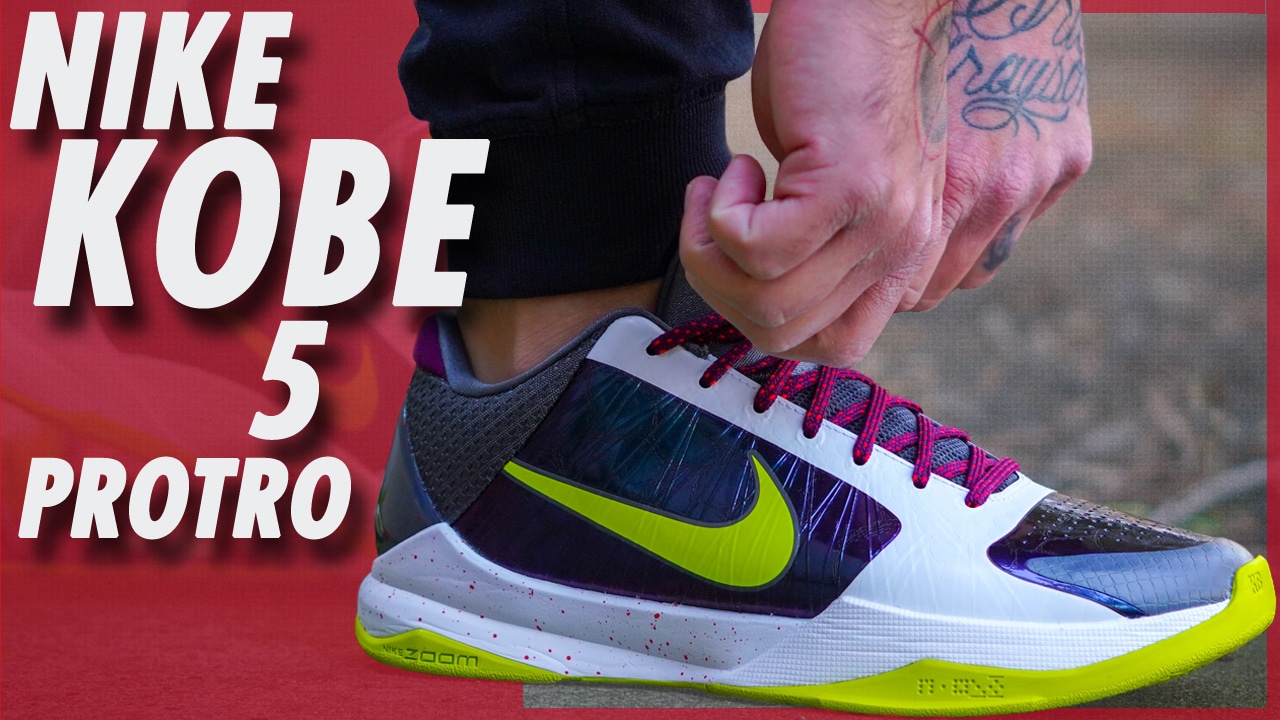 The Nike Kobe 5 is back in Protro form to bring in the new year. Here’s our detailed look and review at the Nike Kobe 5 Protro ‘Chaos’.

The original Nike Zoom Kobe 5 was a very good shoe for those looking for a low profile setup and the Nike Kobe 5 Protro ‘Chaos’ version is said to enhance that feeling.

There are some changes made to the shoe that some feel are true performance upgrades, while others feel Nike removed the tech features they fell in love with in the original model.

Nike’s Zoom Turbo is now in the forefoot of the shoe and covers the entire forefoot. Whereas the original version utilized a small Nike Zoom unit (Met Bag) that only covered the ball of the foot. My thoughts — this feels like an upgrade. However, the midsole has been altered to feature Nike’s Cushlon foam versus the original lightweight Phylon setup. Cushlon is very plush in the model and offers some bounce back — feels great under-foot as well. Where some fans feel slighted is that the OG model featured a heel Zoom Air unit that is no longer present. This leaves us with a better foam as the midsole, which equals more cushion, but we’re missing some Air, which has caused a bit of controversy.

Traction on the OG wasn’t bad, but it was not as good as the previous season’s Nike Zoom Kobe 4. The Protro fills in the gaps that the original model had within the outsole’s heartbeat traction pattern to offer more tread for greater coverage.

Fit feels the same as the original version — which was my favorite part of the shoe. I have always preferred a nice snug form-fitting shoe when playing basketball and that is exactly what the Nike Kobe 5 has offered — including this Protro version. It might be too snug for some, but it is a feature that I have always appreciated.

The Nike Kobe 5 Protro ‘Chaos’ is available now at select retailers, including Nike.com, for $180. This ‘Chaos’ edition has sold out in most colorways, but we hope to see more OG colors return throughout the year.