Not bad, not bad… 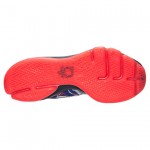 Traction – How do you top the KD7’s traction? Simply put… this is how. It’s a modified herringbone pattern that looks as if it’s been digitized. Suffice to say, they played really great on every floor I played on. Only when the local 24 Hour Super Sport showed they desperately needed to clean the floor did I get any slippage, but even with the debris it was more reliable than other traction patterns I’ve used. Only reason why I won’t give them a Hall of Fame badge is because the rubber used is soft and is already fraying after a solid week of use. So, the down side is their potential durability, but while they last you’ll have some awesome grip. 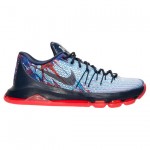 Cushion – A new full length articulated Zoom Air unit was created for the KD 8, and it looks extremely similar to one I designed way back when I reviewed the Nike LeBron 10. How does the full length Zoom feel? Well…you can’t really feel it most of the time. The main section under the ball of the foot feels amazing – super springy and explosive – but the rest is braced by additional rubber or plastic to keep the bag from compressing and becoming unstable. So while you receive some nice full length cushion that flexes better than previously used full length Air units, I think it could have been implemented a bit better. Personally, I would have encapsulated the cushion while retaining its flex grooves. Basically make it so that the cushion isn’t visible–the same way the Air Jordan 12 did. It’d still flex and move, but it’d be set directly under foot so you could feel the cushion and responsiveness without risking any instability. Either way, you don’t come across full length cushion like this, from Nike, at this price point anymore…and that’s saying something since these things are pretty damn expensive. 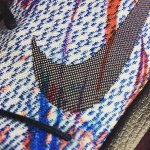 Materials – They’ve renamed it Flyweave, but it’s basically the performance woven material that made it’s debut in the air Jordan xx9. It’s awesome. Period. You used to have to pay $225 if you wanted to try out Jordan Brand’s performance woven upper, but now you can try it out for less ($180). Yes, you can currently find the Air Jordan xx9 for under retail, but they don’t come with full length cushion and a performance woven upper like these do. Yeah, +1 for the KD8. The only drawback to a woven upper is durability. So if you’re worried about the potential longevity of your shoes then staying away from softer upper materials would be best. If you grab a shoe with mesh, woven etc. along the upper then don’t complain if they eventually tear… It’s to be expected at some point. 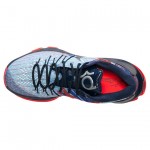 Fit – Their fit is a little tricky. I went up half a size. And I usually never do that so I’d recommend trying them on. They reminded me a lot of the KD5 at first because the tongue is attached to the upper and your foot can definitely feel that upon putting them on. The difference though, these use a woven upper instead of plastic so they break-in in no time. Lockdown is solid as well. The forefoot is pretty snug to ensure that secure fit, while Flywire is in place to help reinforce the area upon lateral movements. Having the Flywire in this specific location might actually alleviate some of the pressure the woven will face while being played in, so it may help it last a bit longer. In the heel there is an internal heel counter that works great, and  the interior padding is really nicely sculpted to help keep things secure. Those saber tooth phylon pieces don’t really do any of the supporting though; they’re too thin and are basically there for storytelling purposes only. 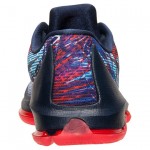 Support – Similar to the Zoom Soldier 9, there are support features all over the KD 8. The first, and most obvious, is their form fitting upper. The more natural your foot and the shoe adhere to one another the better the support will be. Then there’s the huge platform the shoe is built on. The Zoom unit is flat and wide, instability is pretty much a non issue here. Any potential instability would have come from the exposed zoom air unit, but like I described in the cushion section, there are support piece in place to ensure the bag won’t fold or collapse when you’re playing so you’re covered from every angle. If you wanted to see the support pieces I’m talking about then check the video, it’s a little hard to write and describe each area without putting you to sleep… if you’re even awake at this point anyway.

Something I personally disliked was the large exaggerated heel. It sticks out way too far and while it never obstructed transition like I initially thought it might, instead it just made it really easy for someone to step on me and take my shoe completely off. Getting flat-tired in a game usually doesn’t happen, but in these it happened more than it should have. 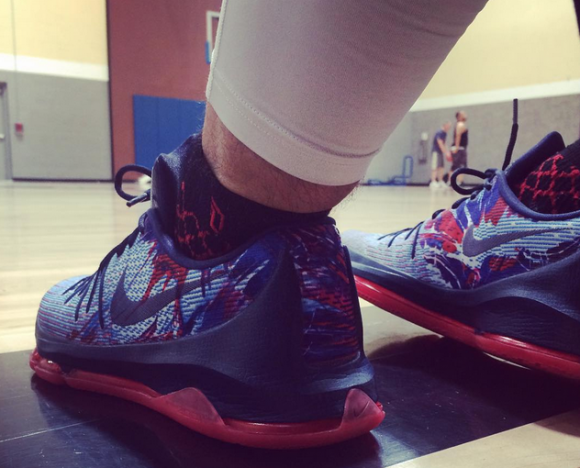 Overall – I really enjoyed the shoe on-court. They have some beastly traction and full coverage cushion. The woven upper is something that I personally love, and I hope others enjoy it as much as I do. As long as you get your the size that’ll fit you properly, support will be amazing. The KD 8 is right up there with the KD 5 and 7 in terms of on-court performance – all three are really awesome 0n-court. Hopefully they continue to get better each year…KD deserves a great performance shoe, and so do those that buy his kicks. 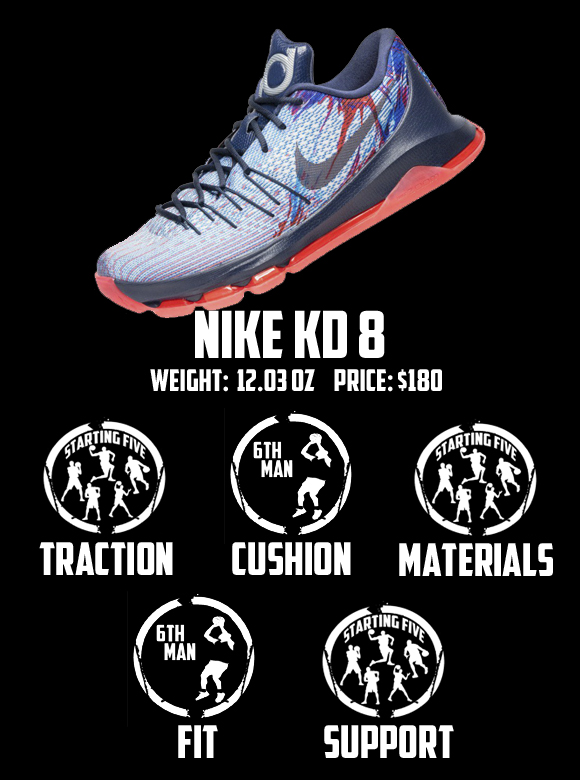