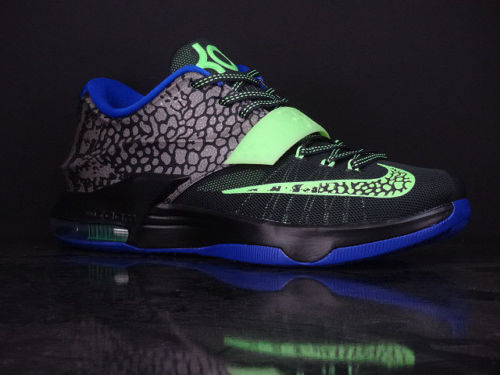 The aforementioned print appears on the heel on top of the Hyperposite material, which then morphs into a crackling cement as you approach closer to the heel. Flash Lime green provides a pop on the strap, as well as the KD and swoosh logos. Lyon Blue appears on the collar area and outsole, while the majority of the upper is composed of Anthracite.

The Nike KD 7 ‘Metallic Pewter’ is available early on eBay, but will officially release on March 19th, 2015 for $150. Let us know what you think of the print pattern, as well as the overall sneaker in the comments below. 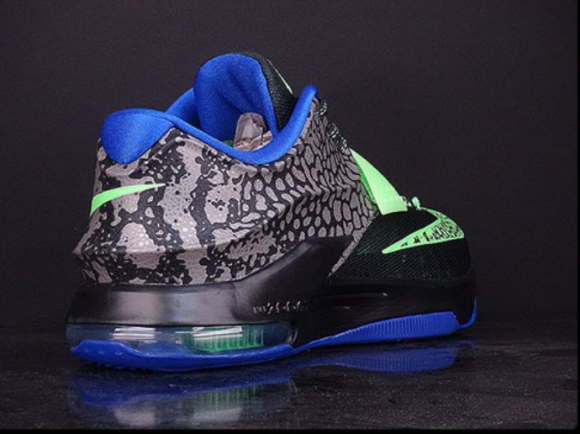 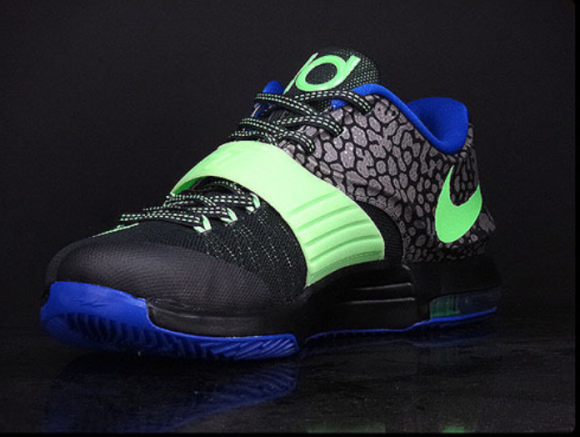 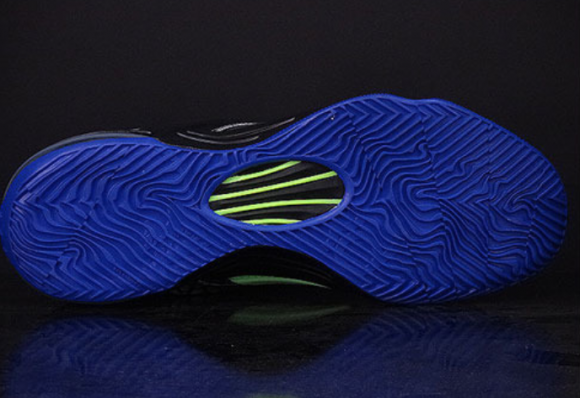