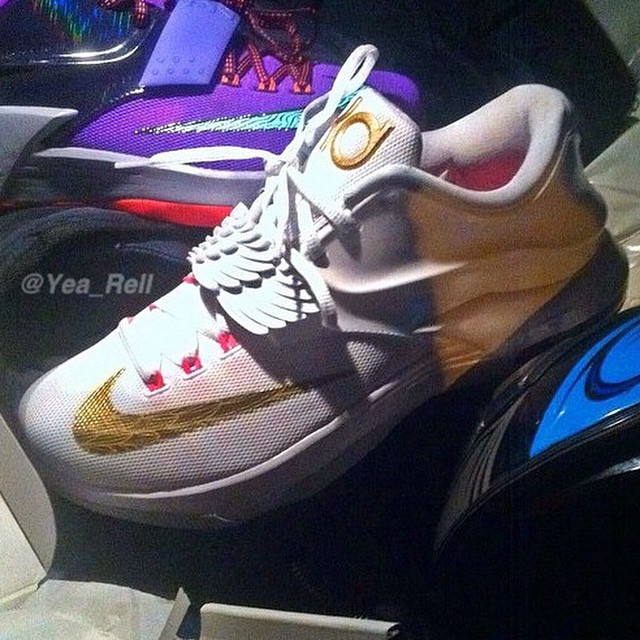 The 2015 tribute shoe to Kevin Durant’s aunt in the Nike KD 7 ‘Aunt Pearl’ can be seen below. Unlike previous versions, pink isn’t the predominant color on the sneaker. Furthermore, gold makes it’s way on the KD and Swoosh branding, a first for the color placement in the Aunt Pearl series. The winged strap could represent an angel, as KD’s favorite aunt passed away in 2000.

I love the subtlety of this sneaker compared to previous versions. What do you guys think? Let us know in the comments below.

The Nike KD 7 ‘Aunt Pearl’ is set to release on February 19th, 2015. Stay tuned to WearTesters for future release info.