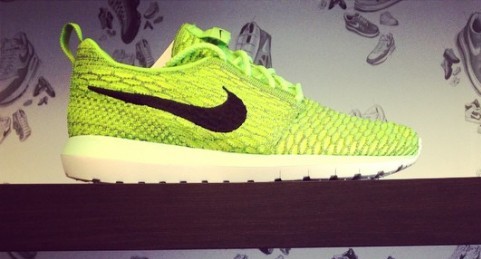 Check out the images below of three upcoming colorways of the Nike Flyknit Roshe Run NM. We previously gave you a look at the first two colorways released, as well as a preview of other colorways to come. The colorways below consist of a Knicks motif consisting of orange and blue, a Roshe that is primarily volt, and another with silver and black accents.

Let us know which Flyknit Roshe Run is your favorite in the comments below. 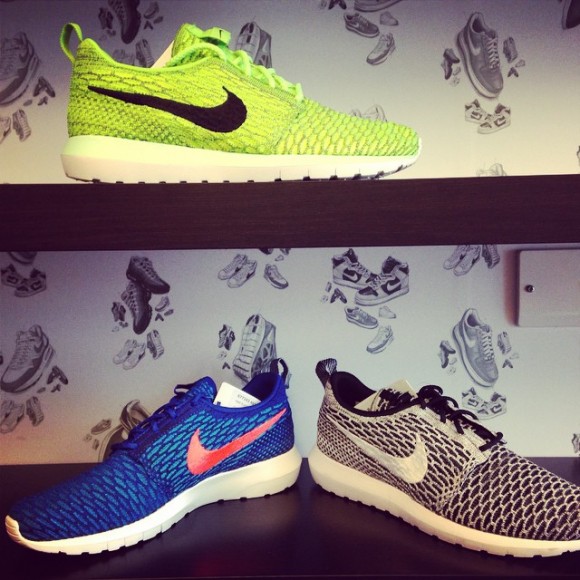