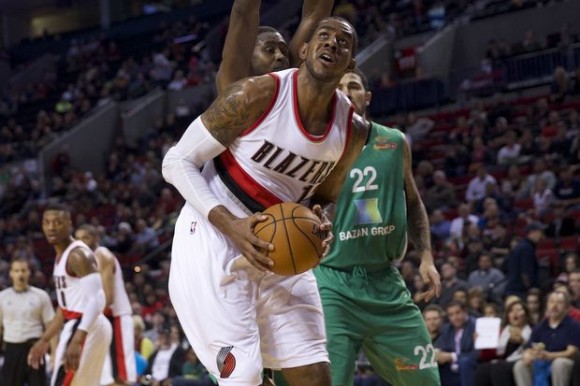 Longtime Nike athlete LaMarcus Aldridge’s sneaker contract expired in September and he has reportedly signed on with Jordan Brand, via the Portland Trail Blazers digital reporter:

I can now report that LaMarcus @aldridge_12 has signed with Jordan. Was previously with Nike.

The Blazers Power Forward had been with Nike dating back to his days at the University of Texas. Aldridge has worn mostly Hyperposites for the last few years, including PEs like the one in this article. LaMarcus had recently been spotted wearing Retro Jordans on-court, including the ‘He Got Game’ 13, which was a good sign of the JB deal happening.

Aldridge joins a slew of NBA players representing the Jumpman logo including Jabari Parker, Victor Oladipo, Joe Johnson, as well as the faces of the brand in Carmelo Anthony, Chris Paul, Russell Westbrook and Blake Griffin.

What do you guys think of the news? Do you think Aldridge will ever get his own signature sneaker? Let us know in the comments below.