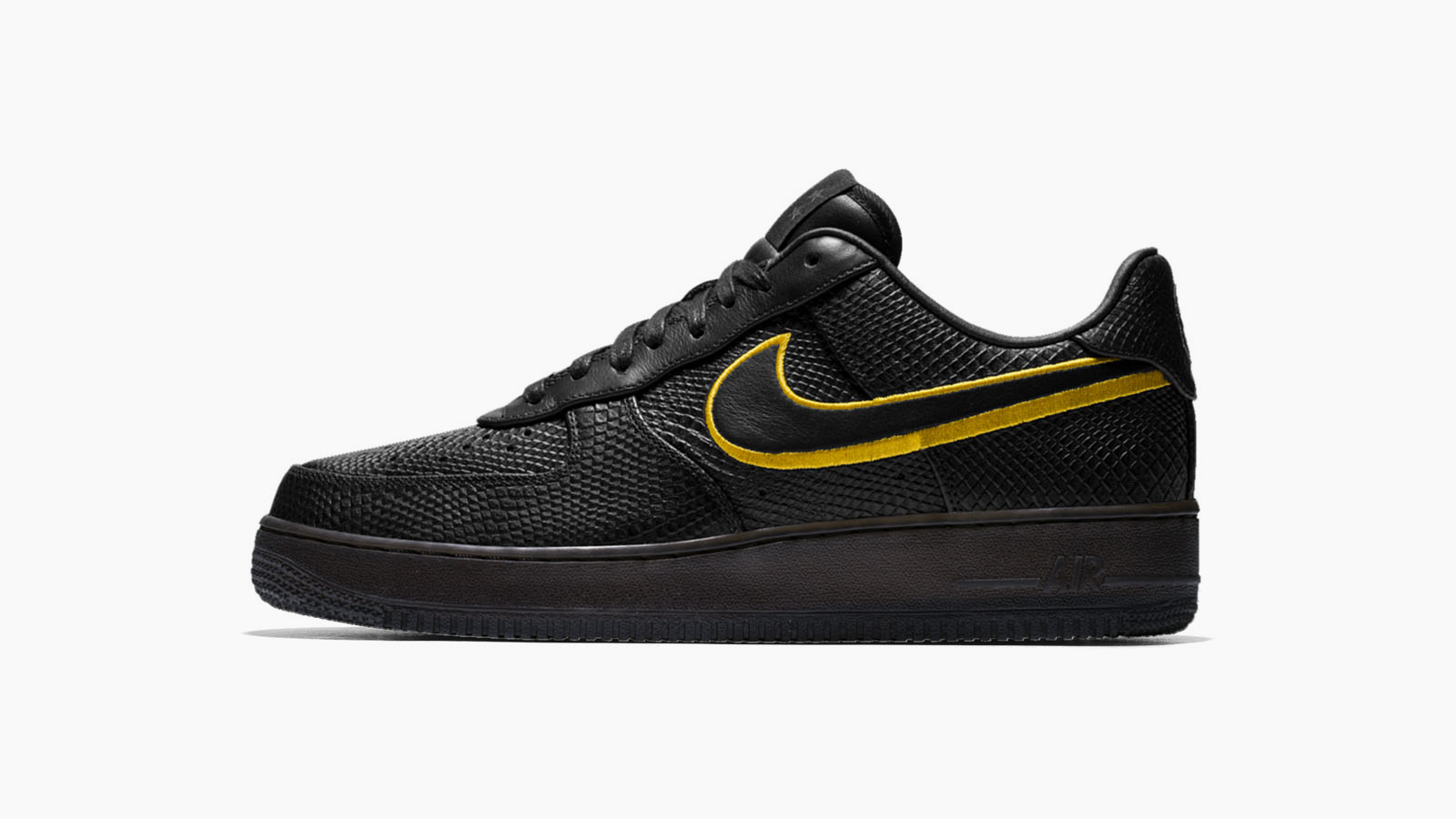 Tonight, both of Kobe Bryant’s jerseys will soar up into the rafters. To celebrate, Nike has a special edition Black Mamba Air Force 1 iD scheduled to release tonight alongside matching apparel.

On December 18, Kobe Bryant will join a very select group of athletes who have two jerseys retired — and become the only player with two numbers retired with a single team (both 8 and 24).

For the youngins that may not remember Kobe during his heyday, here’s a quick refresher: according to Nike, Kobe Bryant has won five titles with the Lakers and an MVP award; he has led the league in scoring twice and he was named a member of the All-NBA defensive team nine times. He is the Lakers all-time leader in regular season games played with 1,346, points scored with 33,643, and three-pointers made. 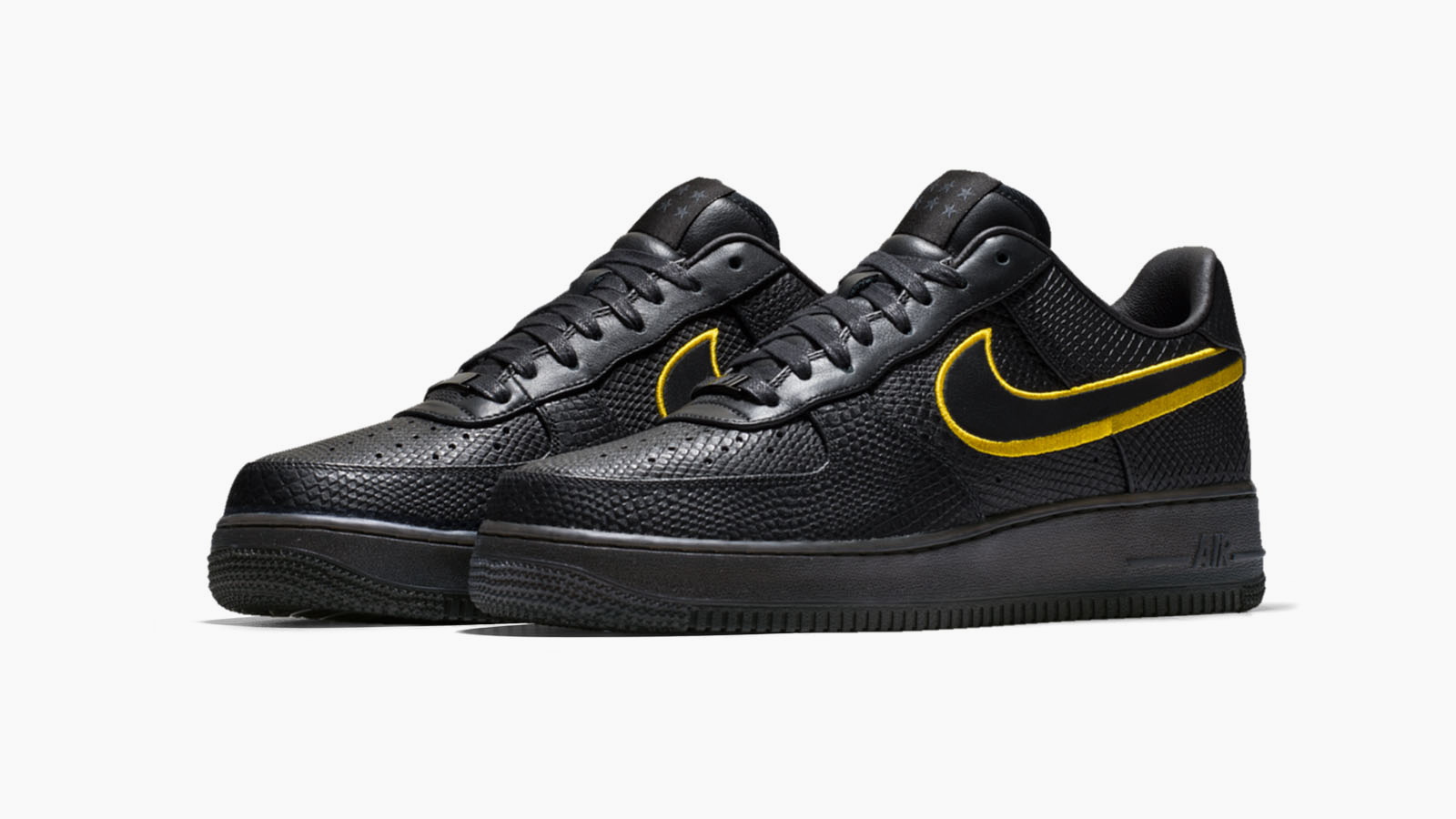 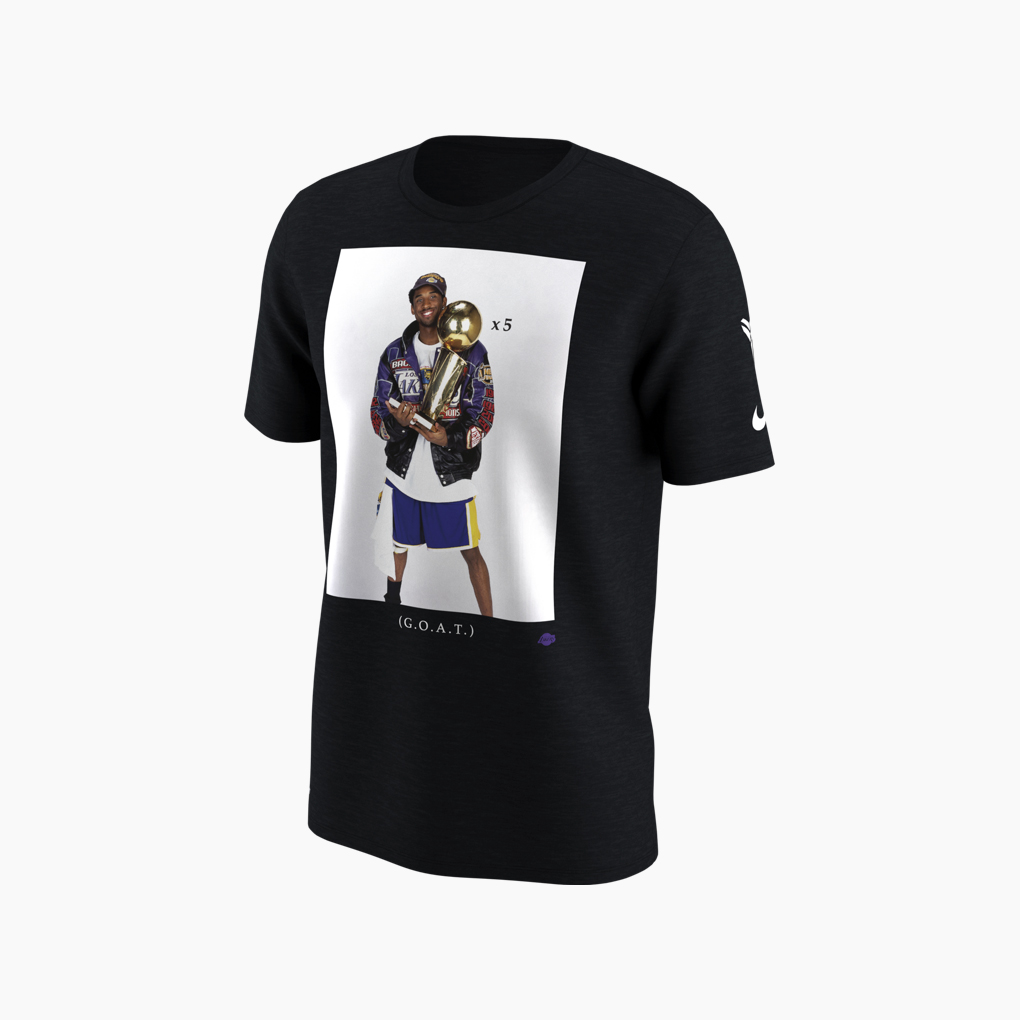 The Black Mamba Air Force 1 iD is the footwear portion of a number retirement pack that included limited edition jerseys and graphic t-shirts. No pricing information has been announced.

The Nike Air Force 1 Low Premium iD (Los Angeles Lakers) will be available on Nike.com at the tipoff of tonight’s Lakers vs. Warriors game, around 7:30 PM PT.

The t-shirts release at 8:24 PM PT (see what Nike did there?) and are available at select retailers in the Los Angeles area like Foot Locker at Hollywood and Highland. 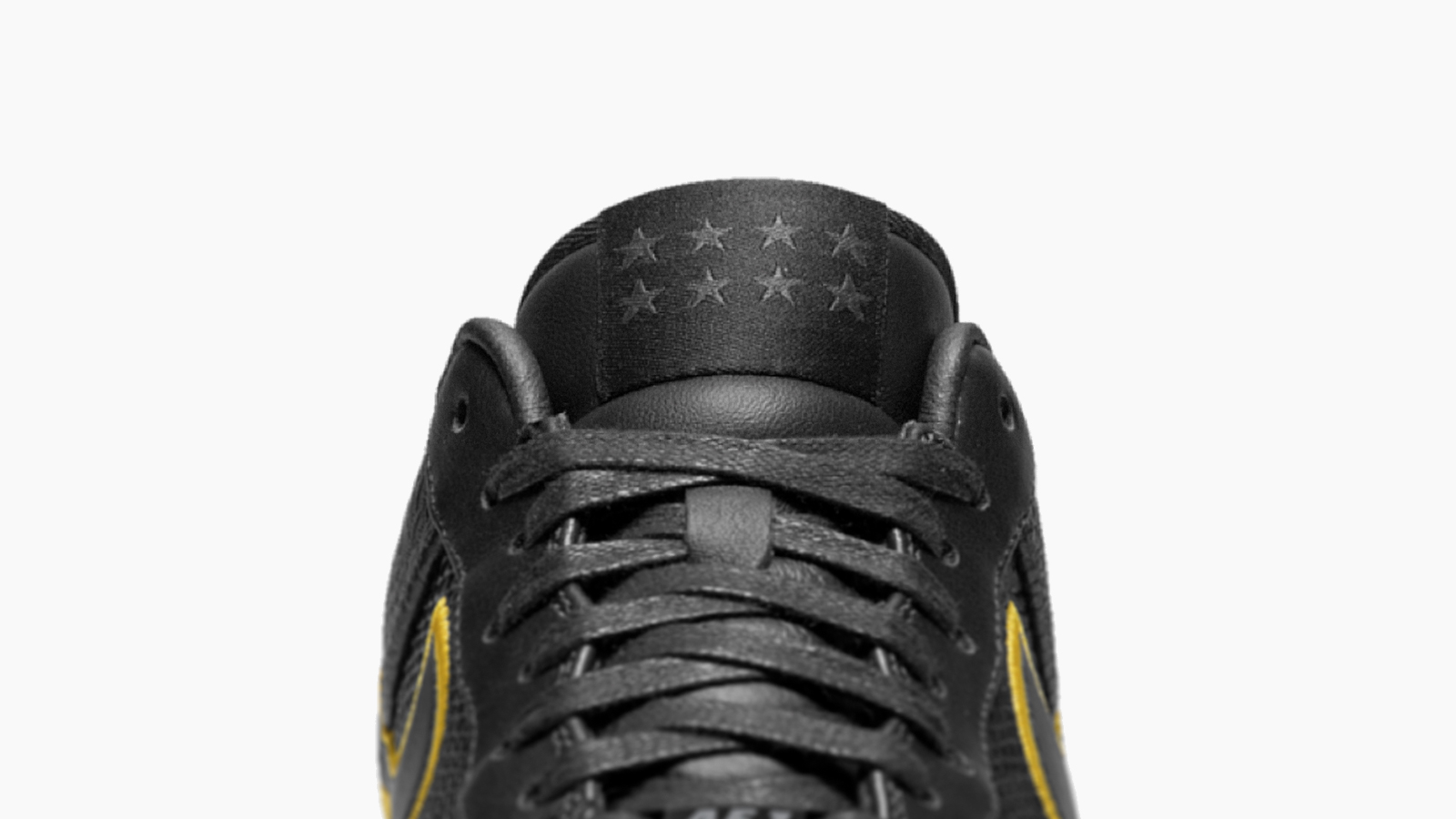 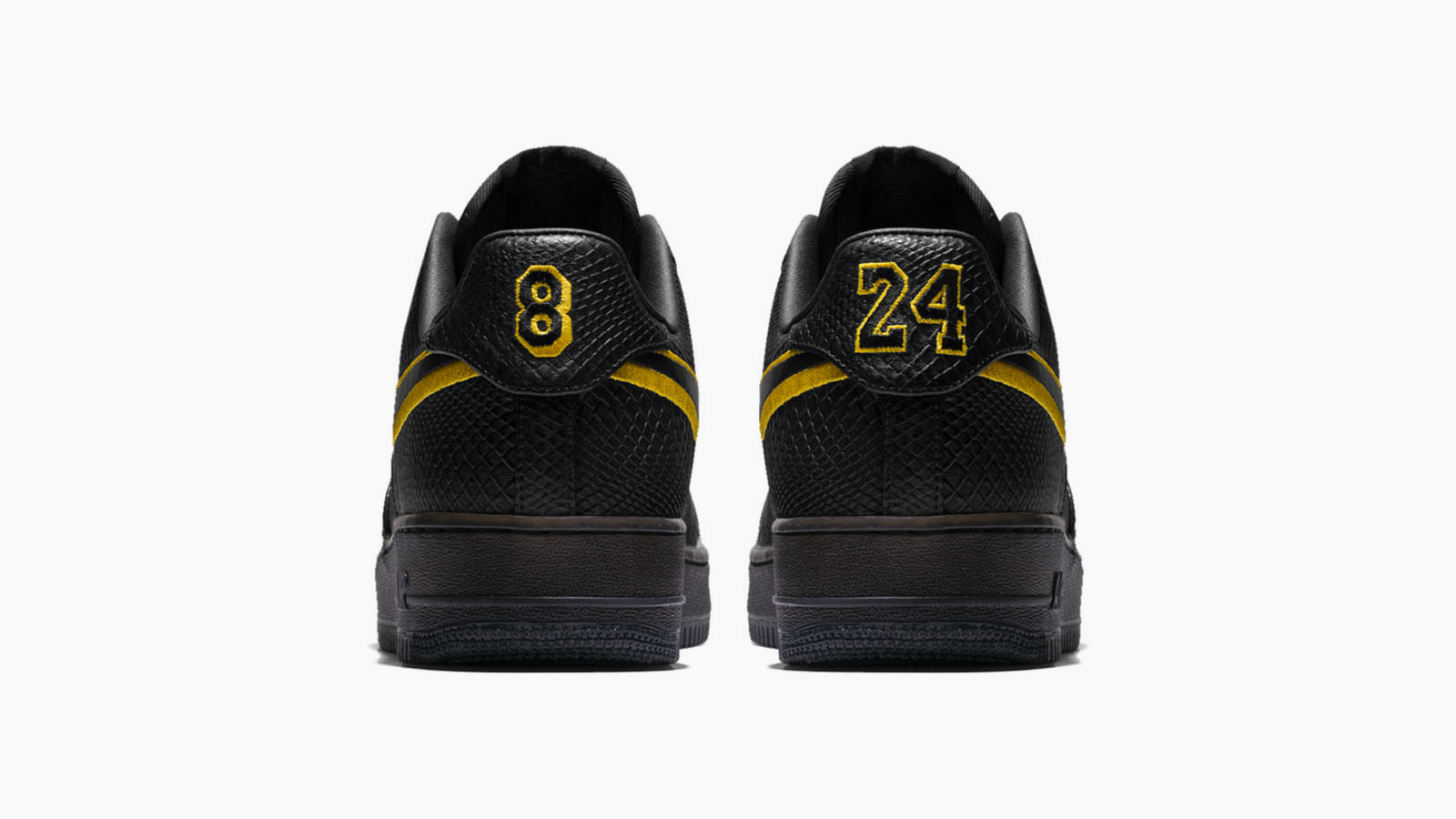 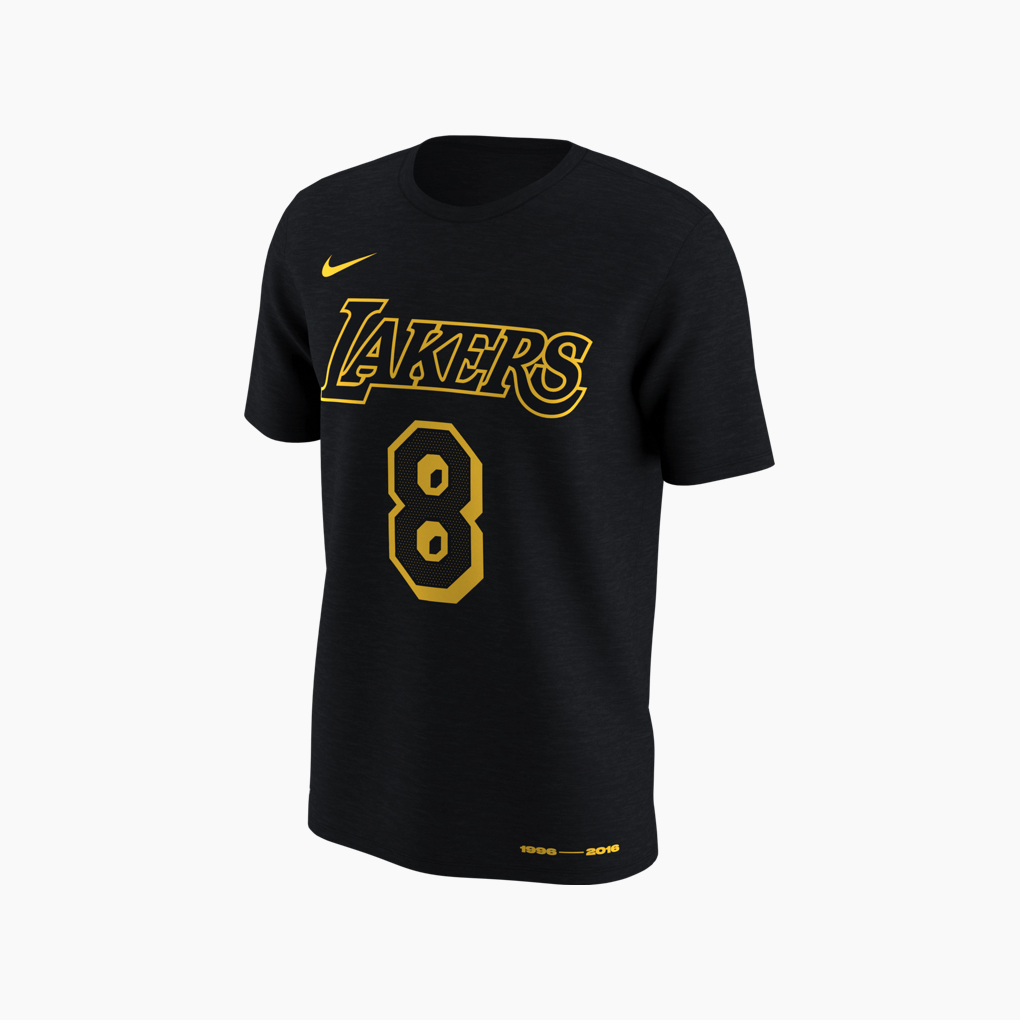 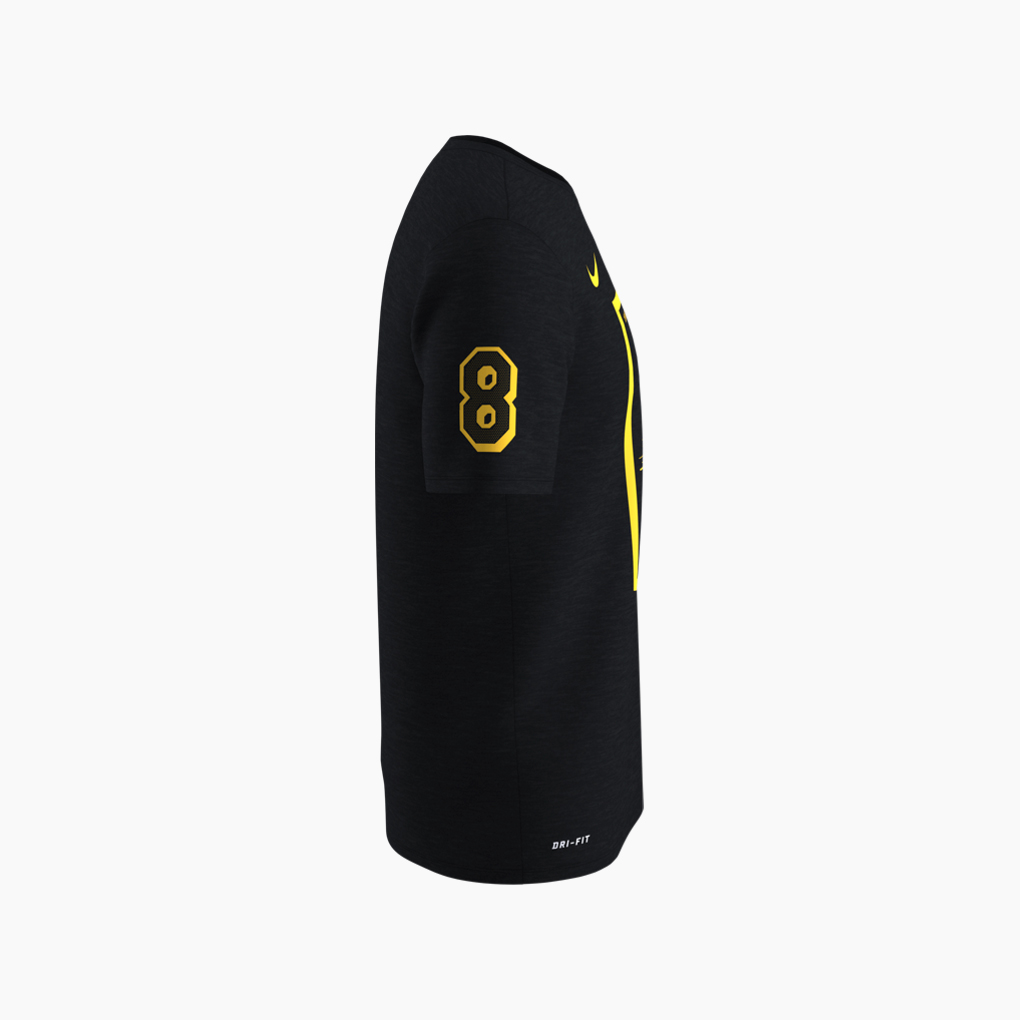 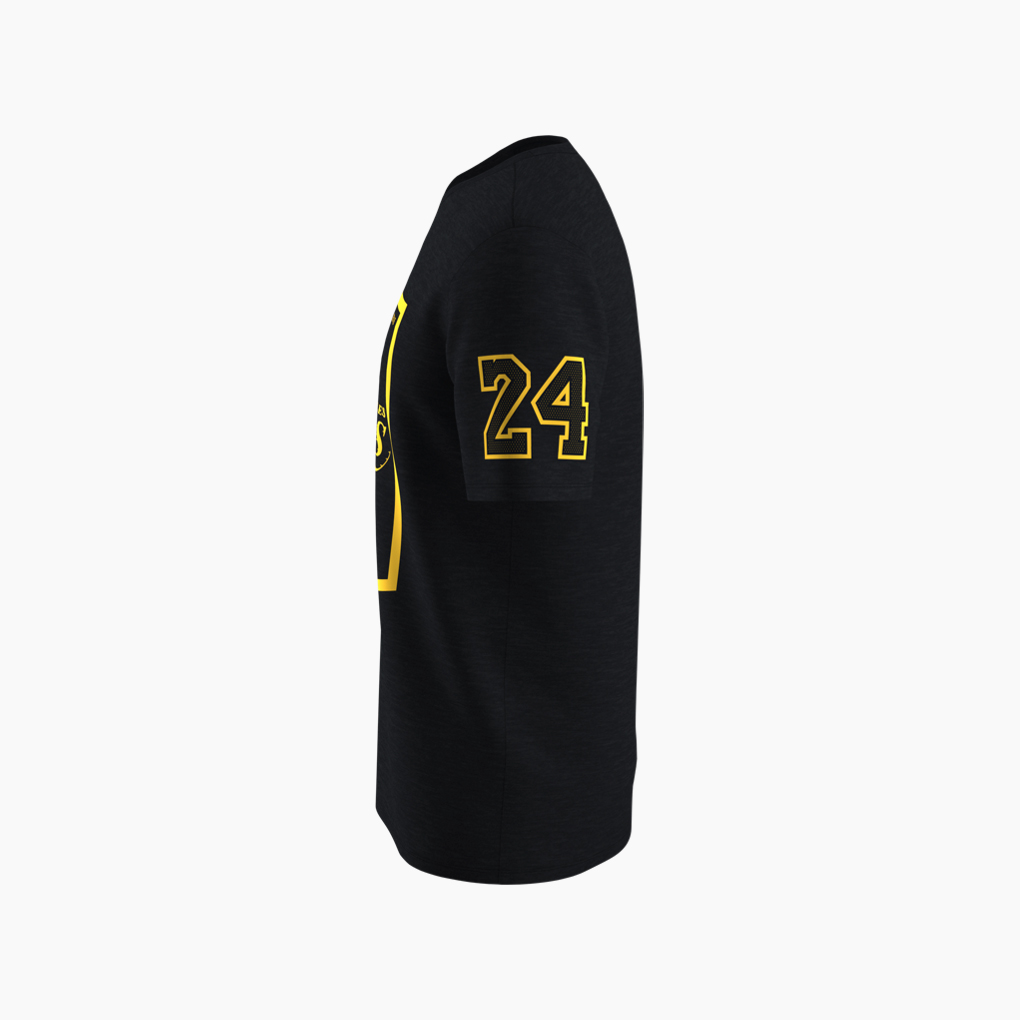 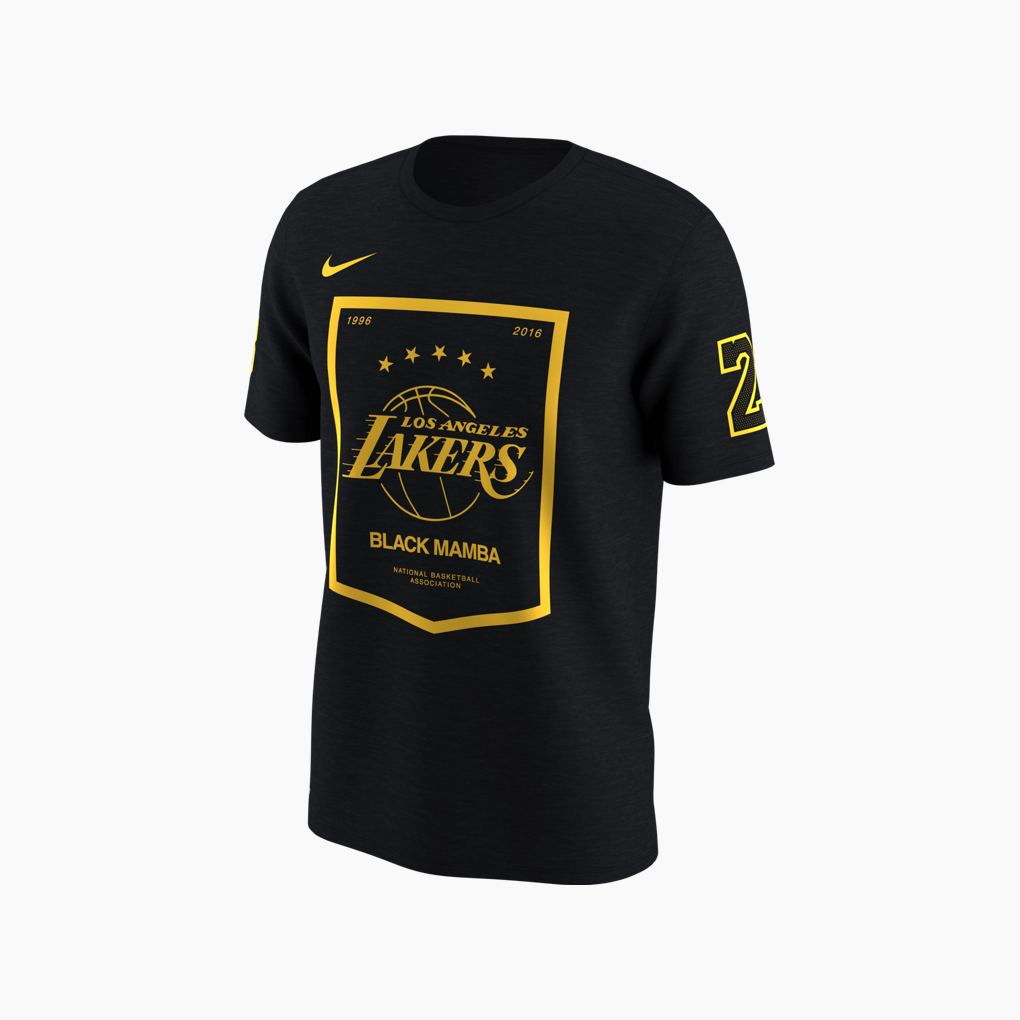 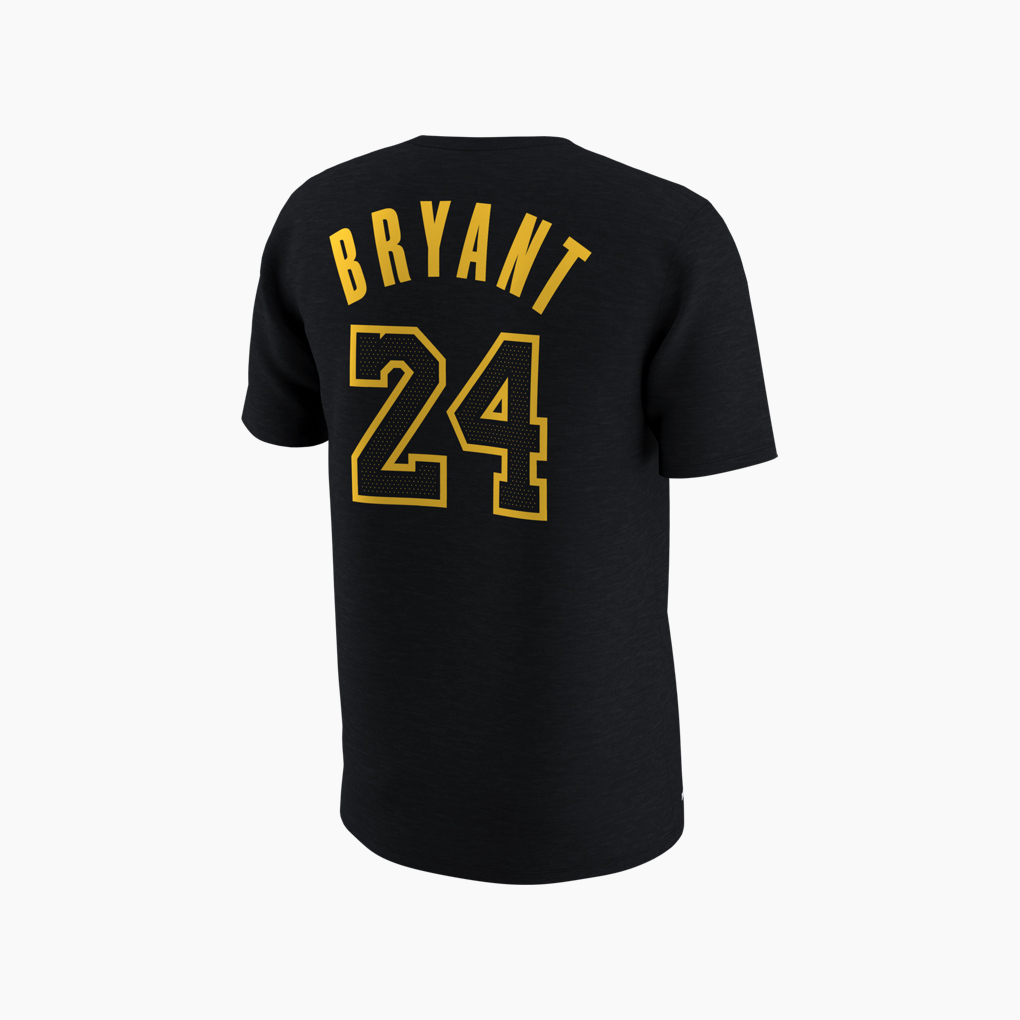