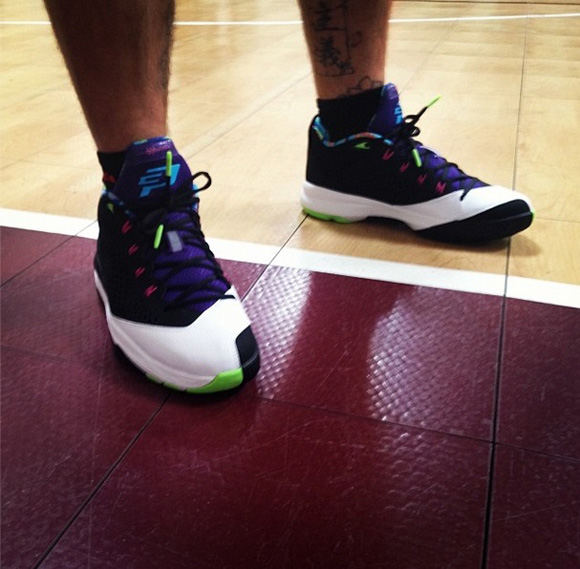 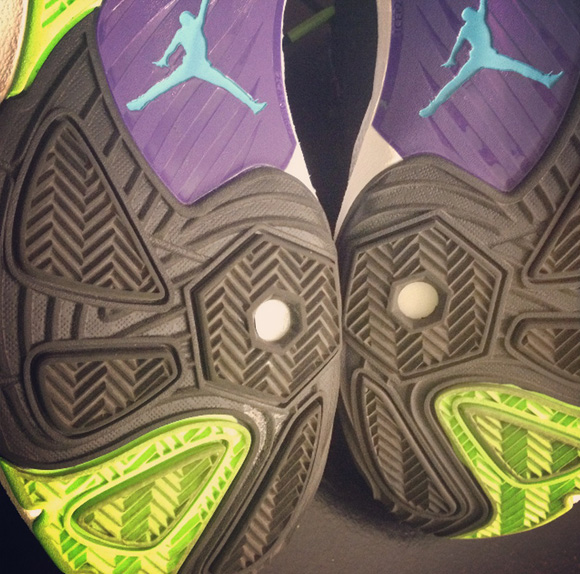 Traction – The CP3.VI & AE had some of the best traction ever available on a performance model. While the CP3.VII isn’t quite as good overall, it still performed vastly better than one would give it credit for upon first look. Jordan Brand used a pretty nice rubber and it was able to perform perfectly on multiple court surfaces and conditions. Outdoors, they weren’t as good as they were indoors but they still got the job done and they will hold up better than last years model on an outdoor setting. Better than the CP3.VI’s traction? No… but its as close as you can get especially when you consider that it doesn’t look ‘special’ upon first glance. 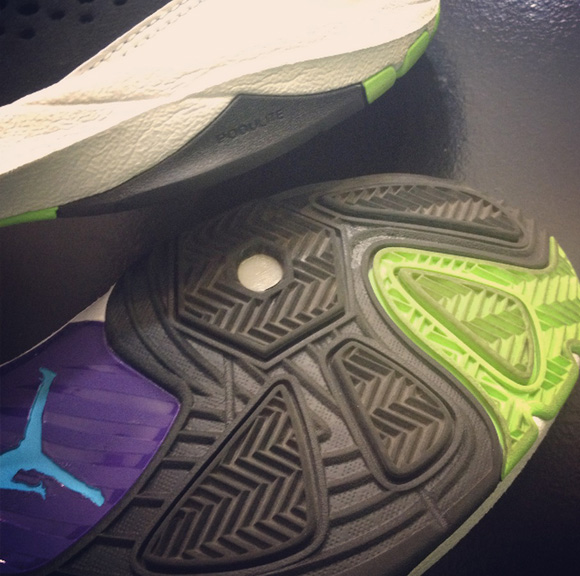 Cushion – Podulite and a Zoom unit are in place in pod form, similar to the IPS system from the Air Jordan 20-23. You’ve got to give them some time to break-in but once that happens you’ll receive low, responsive cushion that takes care of each step in all of your strike zones. This is one area that was great than the CP3.VI by a long shot. 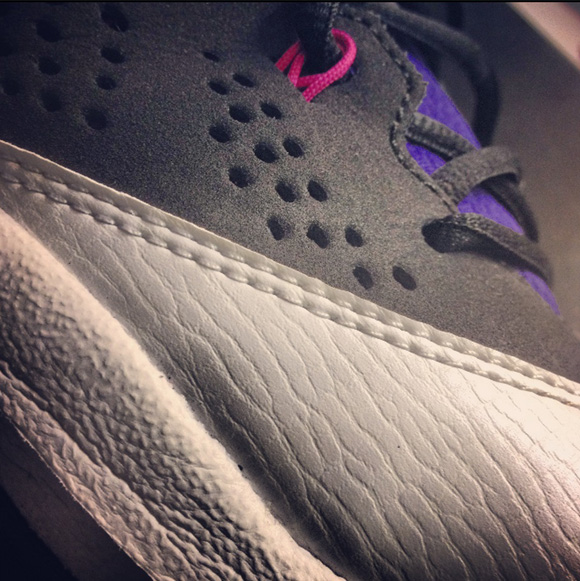 Material – This will vary by colorway. Some colors feature synthetics while others feature leathers. This particular colorway featured leather and I loved it. Not only was leather in place but the side panels were coated with what felt like rubber. This adds durability and support. We all know how much I love a shoe made of proper raw materials… they did just that and I enjoyed the heck out of them. 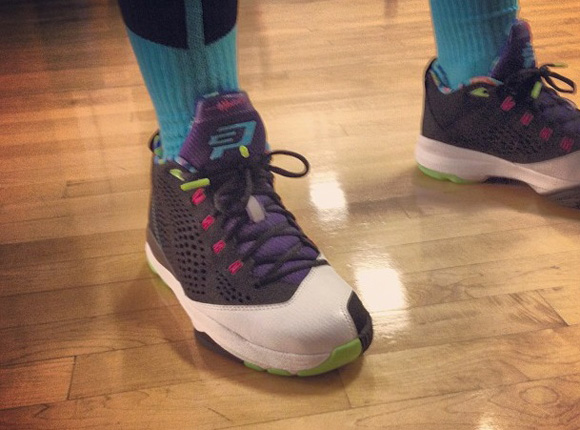 Fit – They run true to size and lockdown is perfect. Period. Last year had some issues present but this time around there were no such issues… something I was extremely happy about. 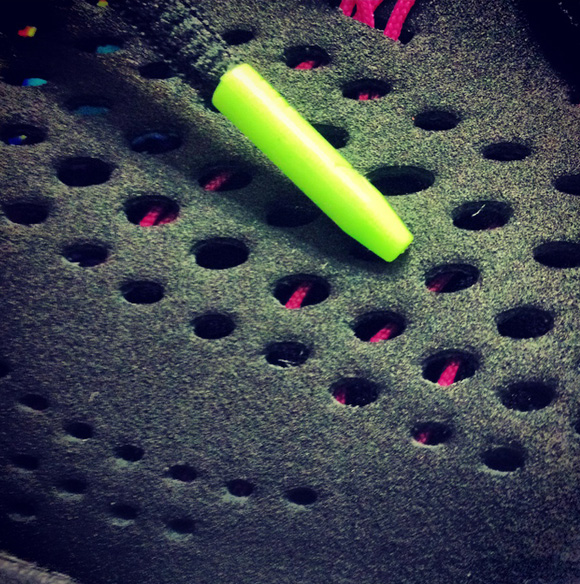 Ventilation – For a sneaker styled and designed similar to a 90’s era shoe, they are very well ventilated. Anything outstanding? Not really, but the perforated side panels allow for enough air to flow to be comfortable while allowing heat to escape. Can’t ask for much more when you consider the materials in place. 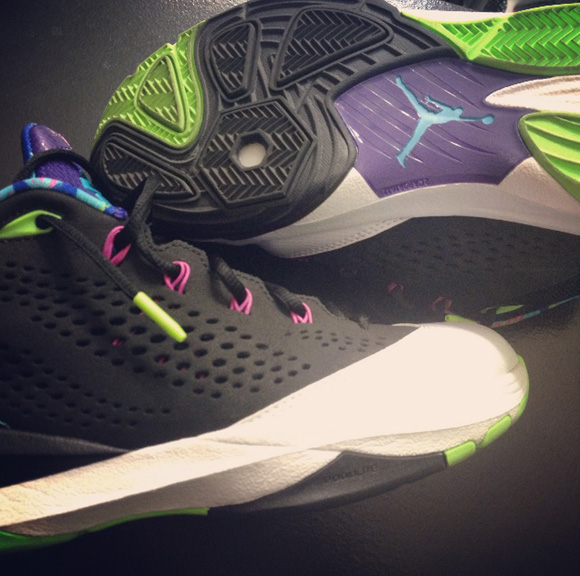 Support – With the enhanced fit and lockdown, the support is increased greatly. There is a TPU shank in place for torsional support – as with most shoes nowadays – so you aren’t really lacking anything at all when you look at the entire $125 package… not bad. Great fit and lockdown which add support and you still have free range of motion for the ankle… awesome.

Overall – I personally find these to be better from an overall standpoint when directly comparing them to the CP3.VI & AE but score wise, they were pretty much identical. It really comes down to personal preference as far as the materials are concerned – at least to me personally. There are a few models that I hold high on my personal favorites for 2013… these are definitely one of them.

Air Jordan XX8, Nike Kobe 8, Under Armour Anatomix Spawn and the Jordan CP3.VII… those are my top shoes right now – no particular order… just based on my personal likes/ wants/ needs. 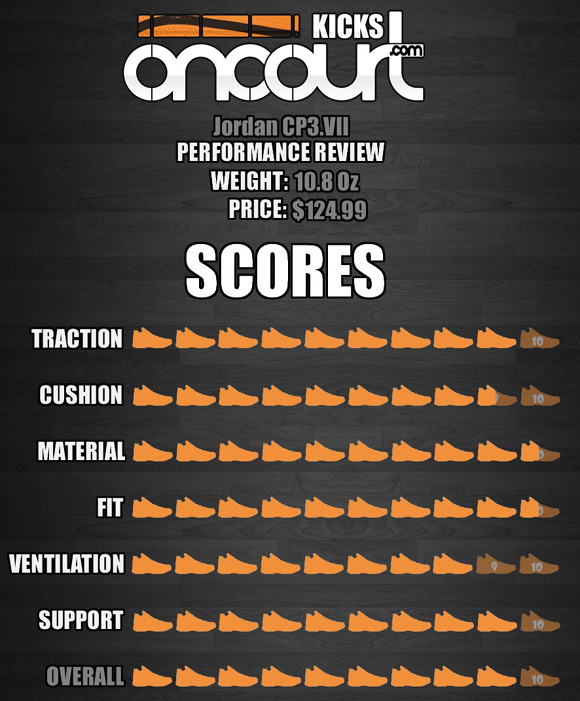