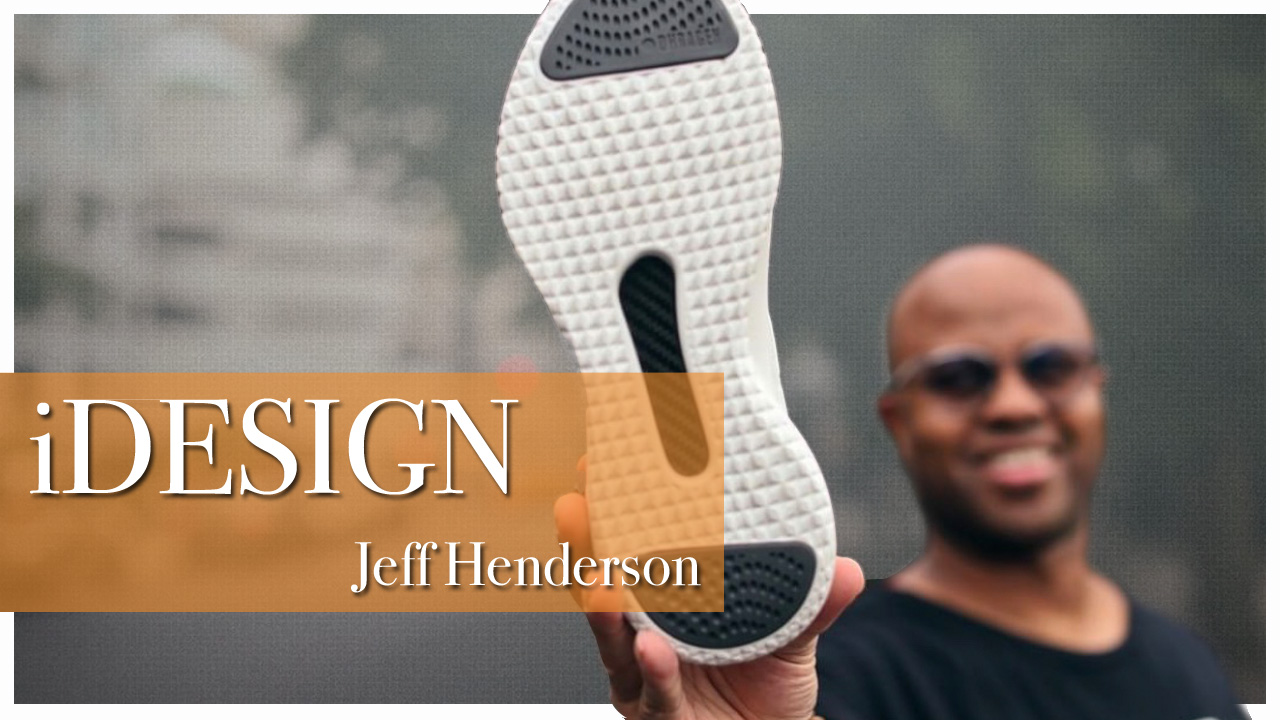 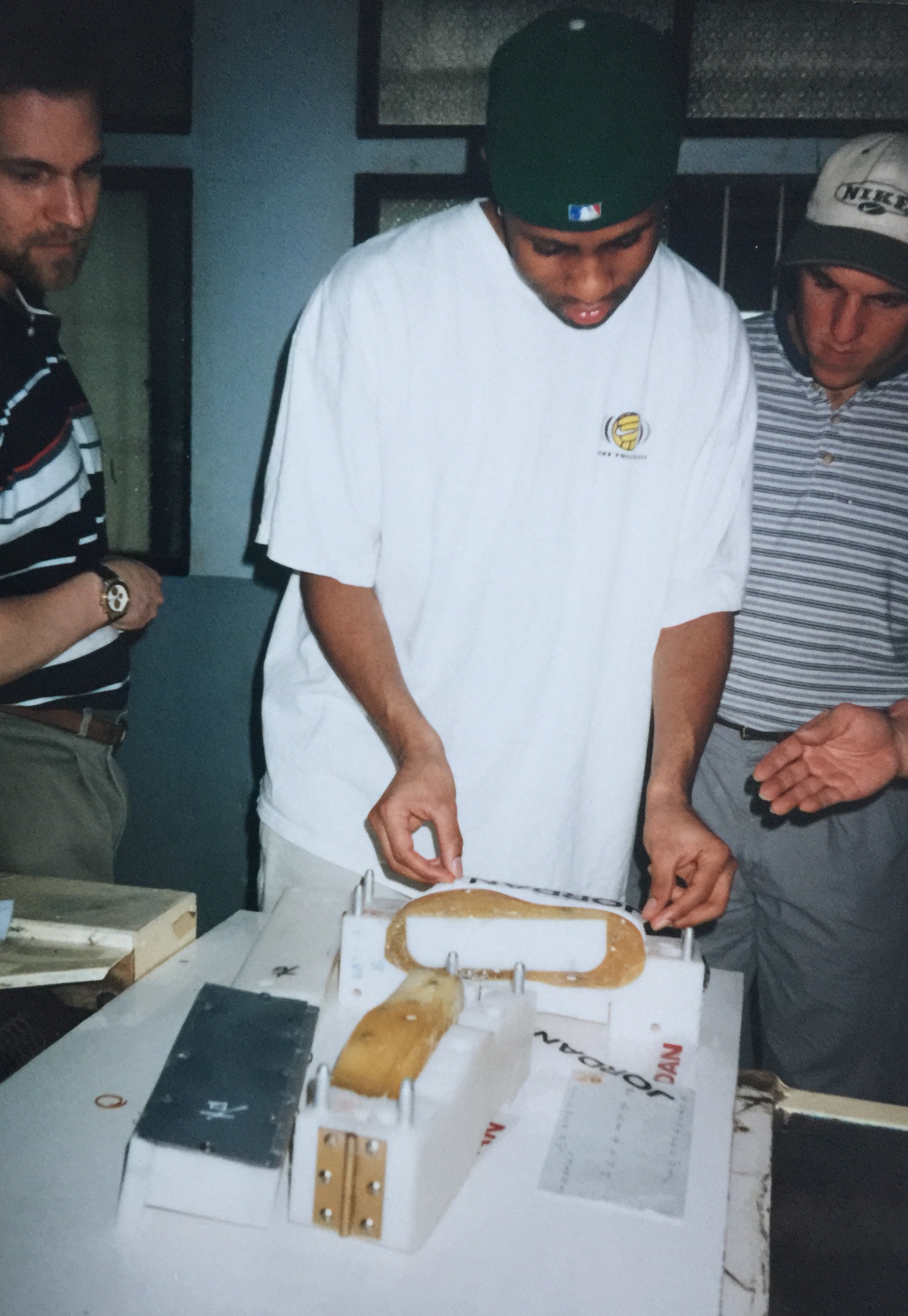 Guest writer Jeff Henderson – owner of And Them Design and Ninety Nine Products – shares his journey of design, development, and engineering for those interested in where shoes come from.

I always wanted to design sneakers and live in NYC.

In 1996, I graduated from Georgia Tech with a degree in engineering and eventually found myself in design at Nike (my first job was doing blueprints). I started in Kids before weaving my way through Basketball, Running, NSW, and the Tokyo Design Pod. A combination of luck, talent, and dedication helped me turn my dream into a career. 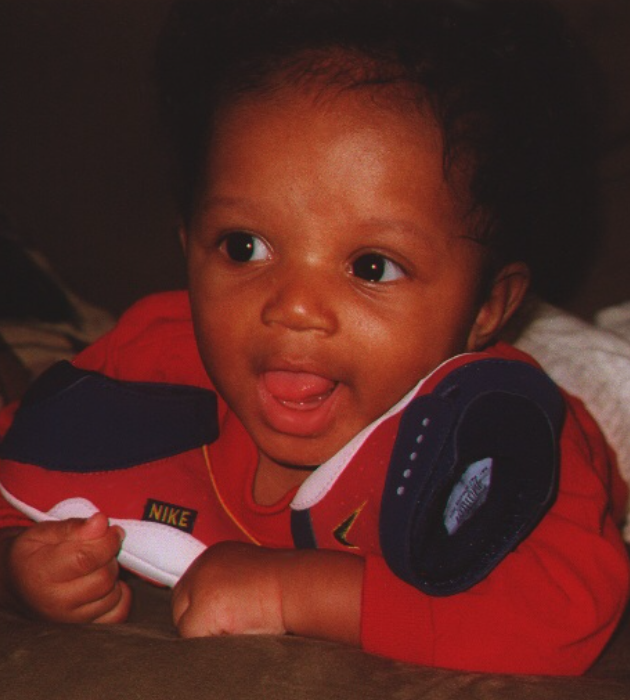 My favorite project in Kids was the Baby Fit. The Penny IV was dropped from the infant line and our developer was bummed because he thought it would make a great baby shoe. So I simplified the design by cobbling an upper with suede – a technique I was learning from Mike Aveni while he was designing all of the Nike woven product. Here is where I really learned to respect the customer. I didn’t have kids at the time so I had to ask a ton of questions. However, it turns out that the design and development phase for sneakers and human beings is about the same; that’s my first son holding the production samples of the Baby Fit. 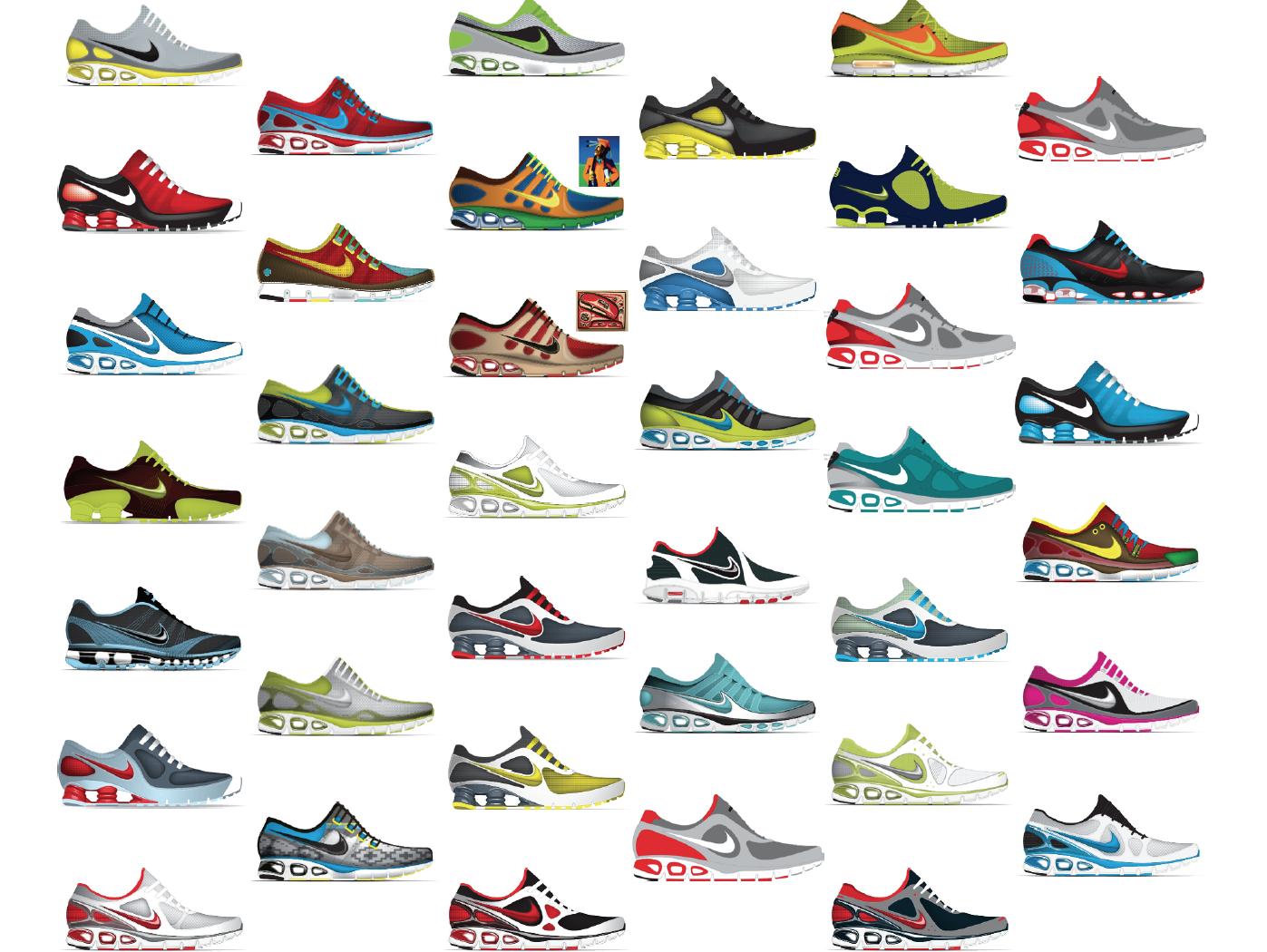 In Running, I worked with the best team I’d ever worked with. Nearly everyone on that squad is a VP of Design somewhere because of the work they put in daily. You always wanted to do something better than the designer next to you but had no problem feeding them ideas to make their work better. My favorite project was the Air Max+ 2009. I essentially took the Lunar Racer and put it on a giant bag. Sergio Lozano, my previous boss and Max 95 designer, said it wouldn’t work. I loved that he was proud of me for not listening to him. 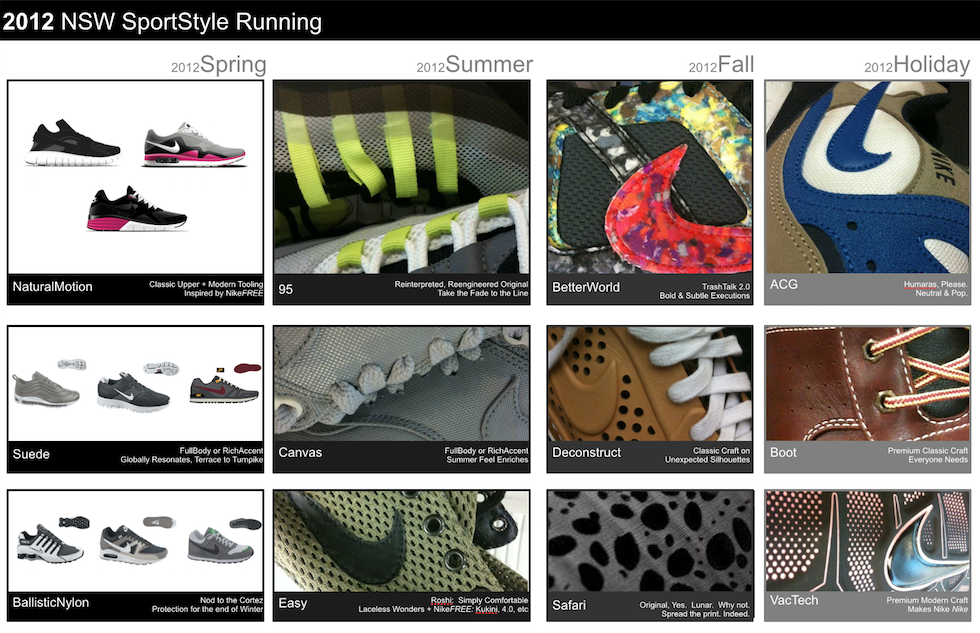 While I was in NSW, my job as a Design Director had me in more meetings than ever before. I made life easier for the design team. The obvious winner of those 9 months was making room for a new designer to do whatever shoe he wanted to create, no brief. Dylan Raasch brought back the Roshe Run and an entirely new approach to designing product that I still use.

As an expat in Tokyo, I learned to be a leader and think globally. I worked across multiple categories and learned more than I can remember. Leo Chang taught me how to design for Japanese racing and I knocked out the Katana Racer 3. The GM of Japan – a true Nike veteran – asked if I would be inspired by the Prefontaine Montreal – the shoe that Steve Prefontaine never wore in the Olympics. The shoe broke all of the stereotypes of what a Japanese racing flat needed to look like. One year later, that shoe finished the Olympic marathon with gold.

One day, I walked into a big office in Beaverton and quit because I wanted to live in NYC. The next thing I know, I’m off to Cole Haan and assumed I’d retire a Nike employee. Dream job in the dream city. I wanted to only focus on learning the world of quality dress shoes. Mark Parker suggested I simply do what I did at NSW. That was the brief for the Lunargrand.

Then Nike sold Cole Haan and things were different. Not long after that I found myself out of a job.

LANDING ON MY FEET

Fortunately that left me some time to start my own creative agency and design for Koio Collective, Under Armour, Everlane, and Yeezy. I even helped one of my first mentors on a Converse project. Still a dream job. Still in NYC.

I’m sharing all of this information with you is because I get a lot of questions from people on how they can get into the footwear business. Weartesters is allowing me to answer those questions by talking about a new project I’m working on. From designing a logo to traveling to the factory, I’ll be sharing as much about my work in the industry as I can – old and new.

Thanks in advance and we hope you enjoy the show.

After graduating in engineering from Georgia Tech, I worked at Nike for 16 years. I worked in blueprint, Young Athletes, Basketball, Running, NSW and opened the Tokyo Design Pod before moving to NYC to build Cole Haan's Innovation department. I left to start my own creative agency and design for brands like Koio Collective, Under Armour, Everlane and Yeezy. I even helped one of my first mentors on a Converse project. Still a dream job. Still in NYC. I'm sharing with you because I get a lot of questions from people on how they can get into the footwear business. Weartesters is allowing me to answers those questions by talking about a new project I'm working on. From designing a logo to traveling to the factory, I'll be sharing as much as I can - old and new. Good things. IG: jeffreyalanhenderson