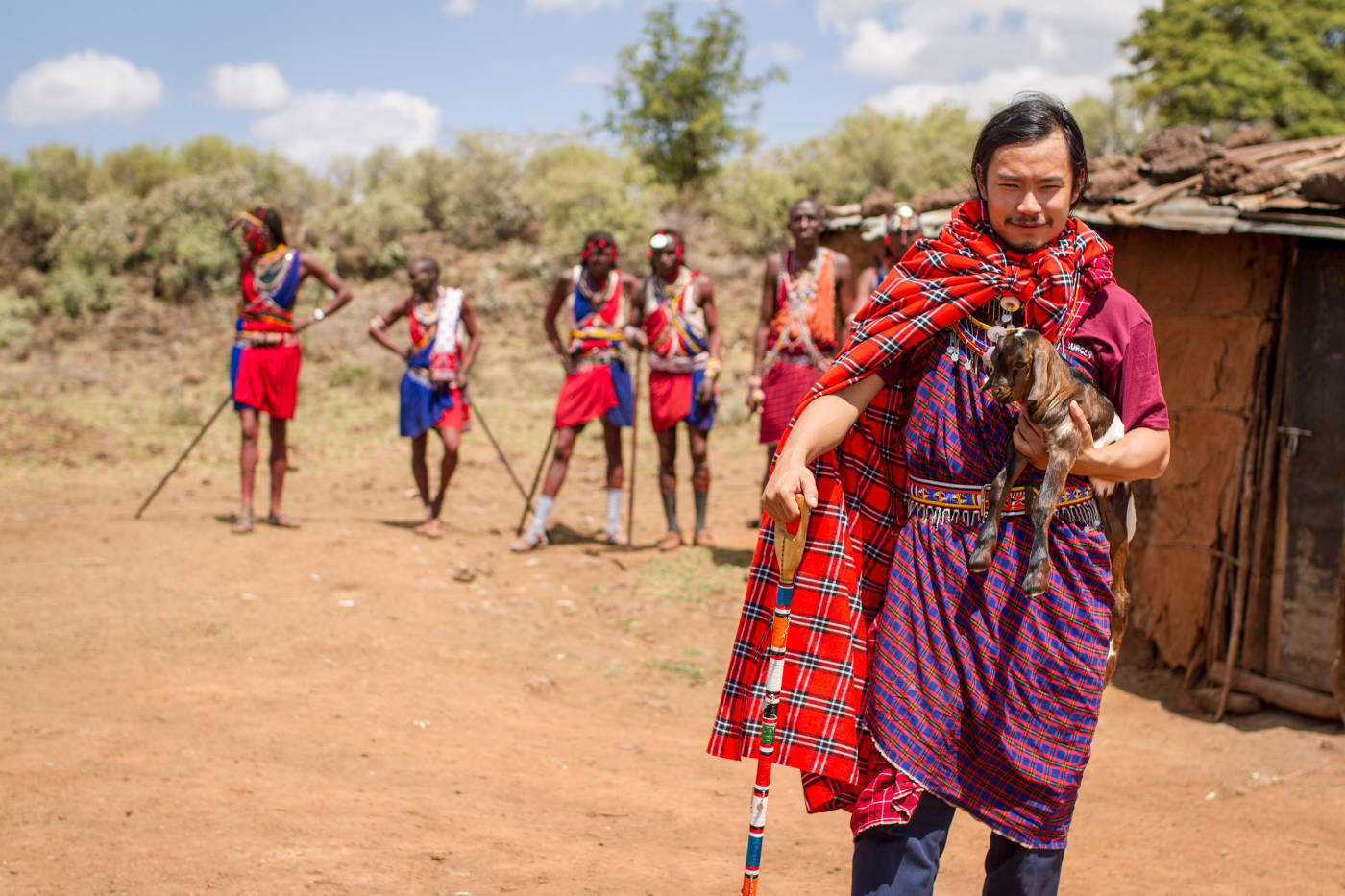 To call Social Fabric a fashion travel show isn’t doing the show justice — it is an anthropological study of culture and the people responsible for iconic garments and sneakers.

Social Fabric, Red Bull TV’s latest show, is a six-part series that will take you all over the globe with Kyle Ng, an accomplished streetwear designer responsible for brands like Brain Dead and Axs Folk Technology. The show is free and all six episodes are available for streaming today on RedBull.tv.

We have an exclusive bonus clip from Social Fabric that highlights one of the most stylish people Kyle met during his adventures.

I had the pleasure of breaking bread with Kyle and speaking with him about his new show, what he’s passionate about in the fashion world, and, of course, sneakers. He doesn’t fit in any box or under any label, so enjoy. 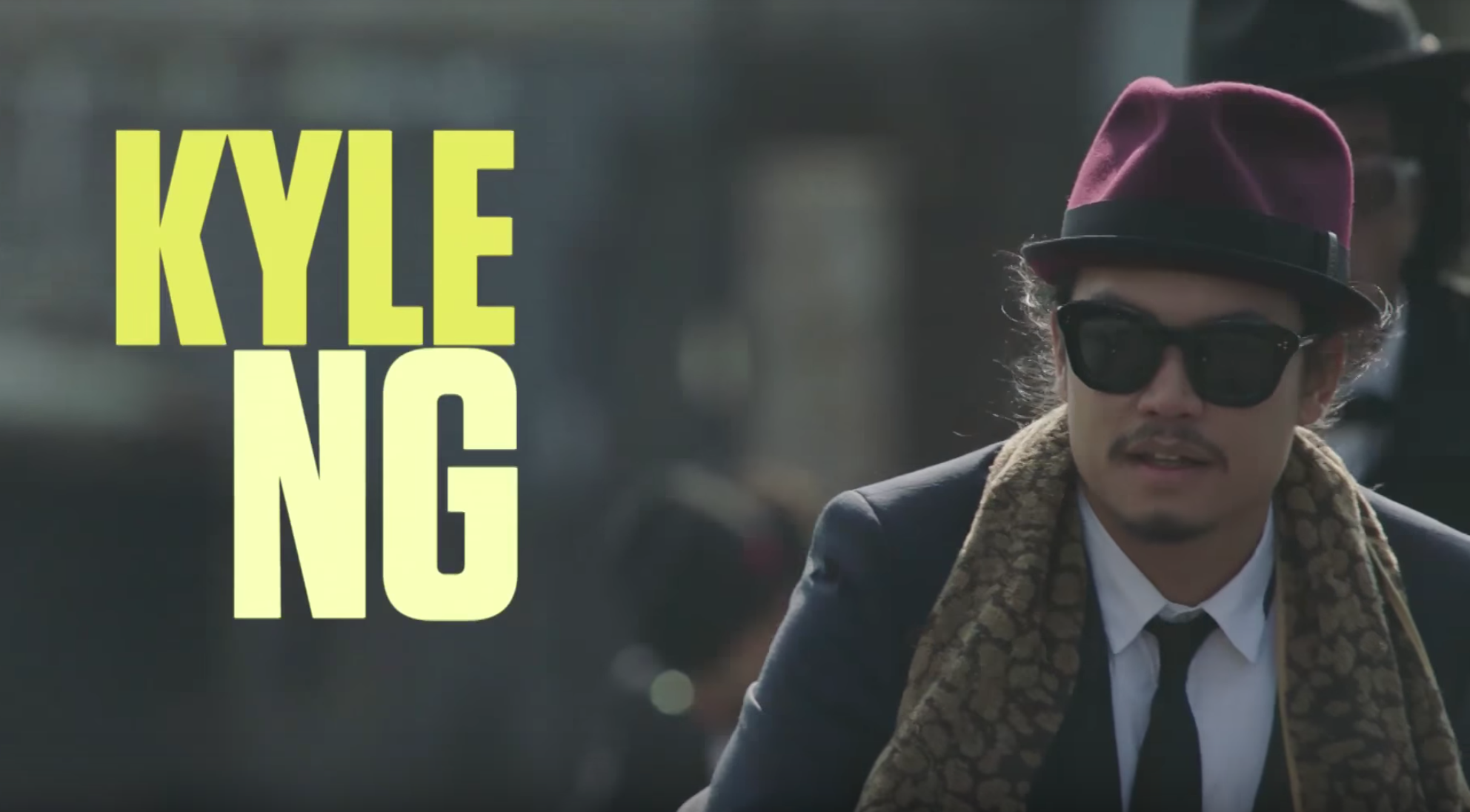 You’ve described yourself as a storyteller in the past. What story are you trying to tell with Social Fabric?

Social Fabric stems from my idea of learning more about clothes. We buy t shirts, we buy leather jackets, and a lot of people don’t know where it comes from. It’s a lighthearted view of where things come from.

Plaid is really interesting because you see people wearing it around their waist — or see Kylie Jenner wearing it or some sh*t — and it become synonymous with street culture. But when you go deep into it you learn about the Scottish heritage of the families that wore it before, and how it was originally camouflage back in the day.

I love the idea of things changing their purpose, or recontextualizing into some other form of expression. Social Fabric really is about each item we focused on and different ways it applicated throughout society — different languages, different areas, different cultures, different subcultures. 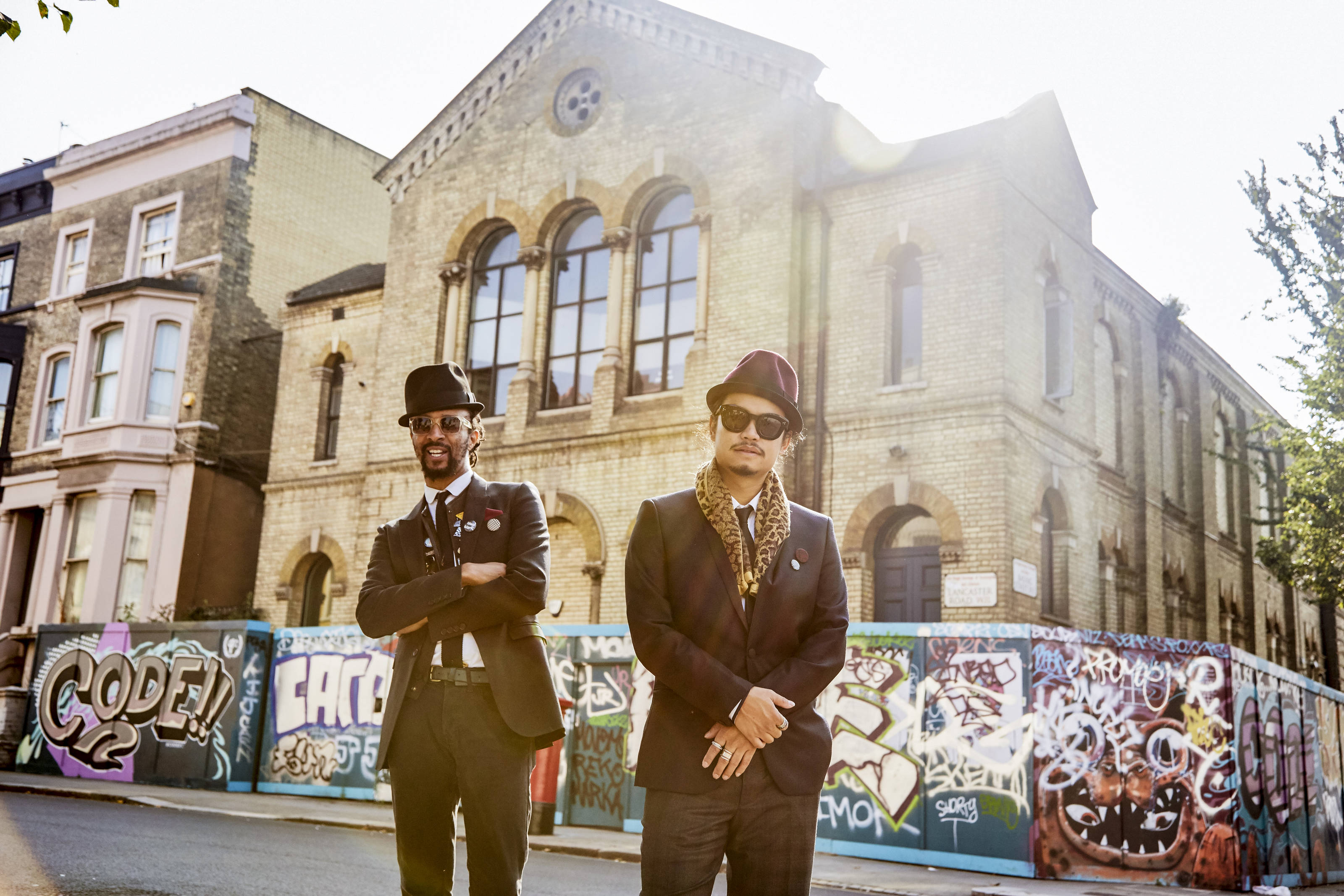 What is the most interesting story you found out during Social Fabric?

The story of the Maasai village, and how plaid came to be with them. They only wear that plaid — shuka — but that originally comes from Scotland when the Scottish came over bringing religion and textiles. They were like, “Oh yeah we’ll take the textiles but we don’t really care about your religion.” And then they made their own plaid — bright and colorful — and that was the opposite of what plaid was originally about. But their colors represent different parts of the land; red for the blood, black for the land and the people.

Juxtapositions of cultures, even though it’s different purposes, comes from a universal theme — that’s something you see in all cultures. They’re symbols of people, symbols of our culture and lifestyles, and that’s the best part of clothing. The reason we all wear clothing is because it represents us as tribes.

If I see someone wear a cool shoe that I like I’ll be like, “Oh that’s sick, cool I know it. I’m down. You got that somehow? You were on a journey and I feel like I’ve gone on that journey with you, or I’m impressed that you went on that journey.”

The funniest thing people say is, “I don’t care about the way I look.” That might be true, but you always do care about what you look like. Not in a fashion context, but you care about how you’re portraying yourself. That doesn’t mean we have to care about looking good — it can be quirky.

Model is buying a nice leather coat from Acne. Character is finding a punk coat in Japan — that’s interesting. There is nothing wrong with either one, but the idea of character is being lost in today’s culture with technology because we are only seeing an image of something, which is the model. 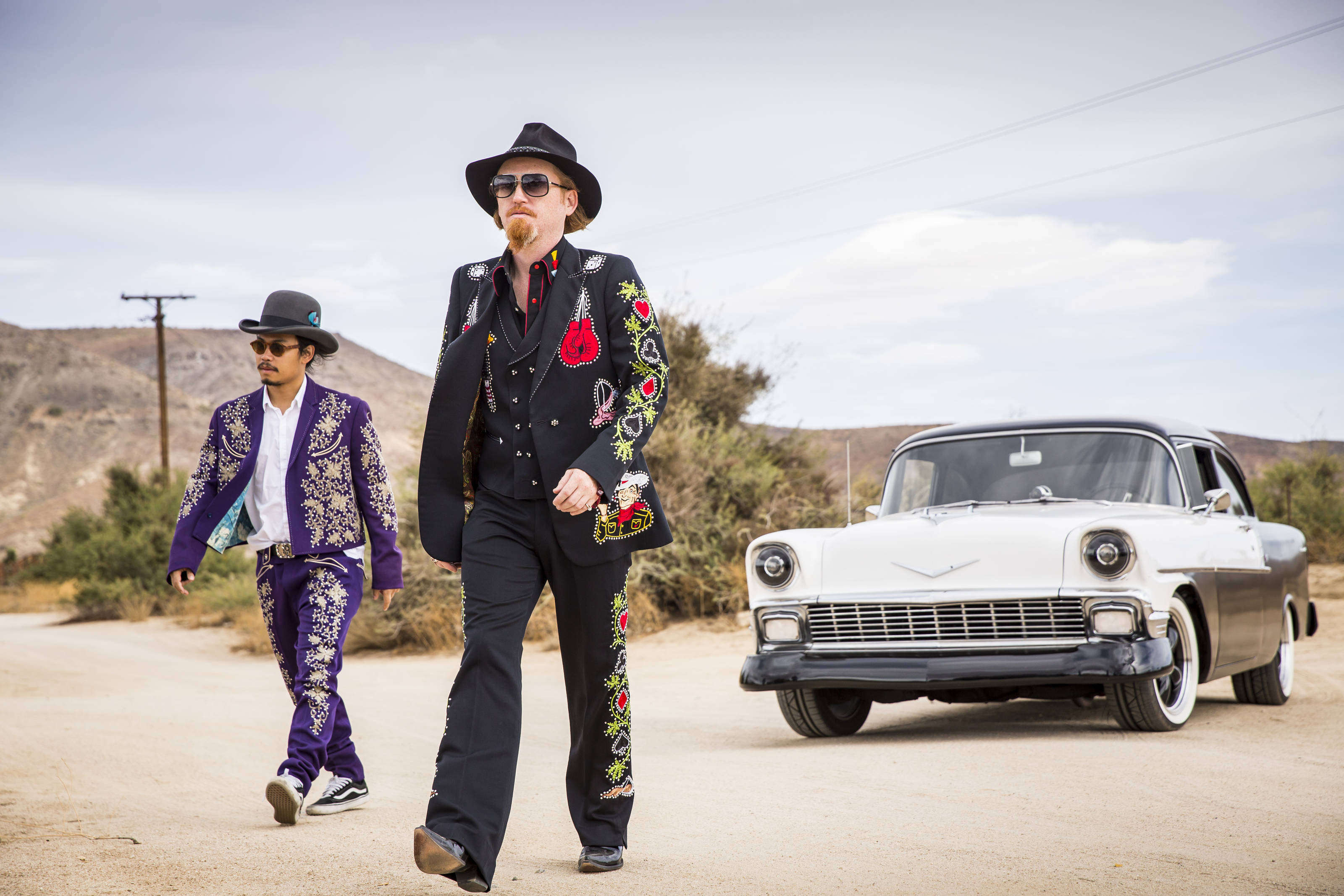 Were you already well-versed in the history of garments before Social Fabric? You are a very accomplished streetwear designer.

I was always super interested in textiles, I’m obsessed with that stuff. I’ve always been really interested in different cultures.

The show sounds more like an anthropological journey than a travel-fashion show.

Fashion is fashion — now, it’s money, just making things to make money. You go to a store like All Saints, yeah cool, whatever. It isn’t Comme des Garcons; they want to make crazy shapes, almost unwearable, because they want to show the idea that body image is totally different, that can be beautiful — that’s beautiful fashion and concepts that are interesting. Unfortunately, nowadays a lot of what people consider “fashion” or “street style” is built off the idea of how to make as much money as possible.

I’ve been thinking about the difference between west coast and east coast fashion. You moved down to L.A., correct?

Yes, I’m from the Bay Area.

Vans versus Uptowns, 5 panels versus Yankee fitteds. Do you think the style is as distinguishable as it once was or are things becoming more homogenous?

It’s definitely becoming more homogenous but every area still have their aesthetic and style. 10 years ago you couldn’t see a person wearing Vans here, and no one wears Air Force 1s in L.A. That changes with the Internet because now we are a global community. 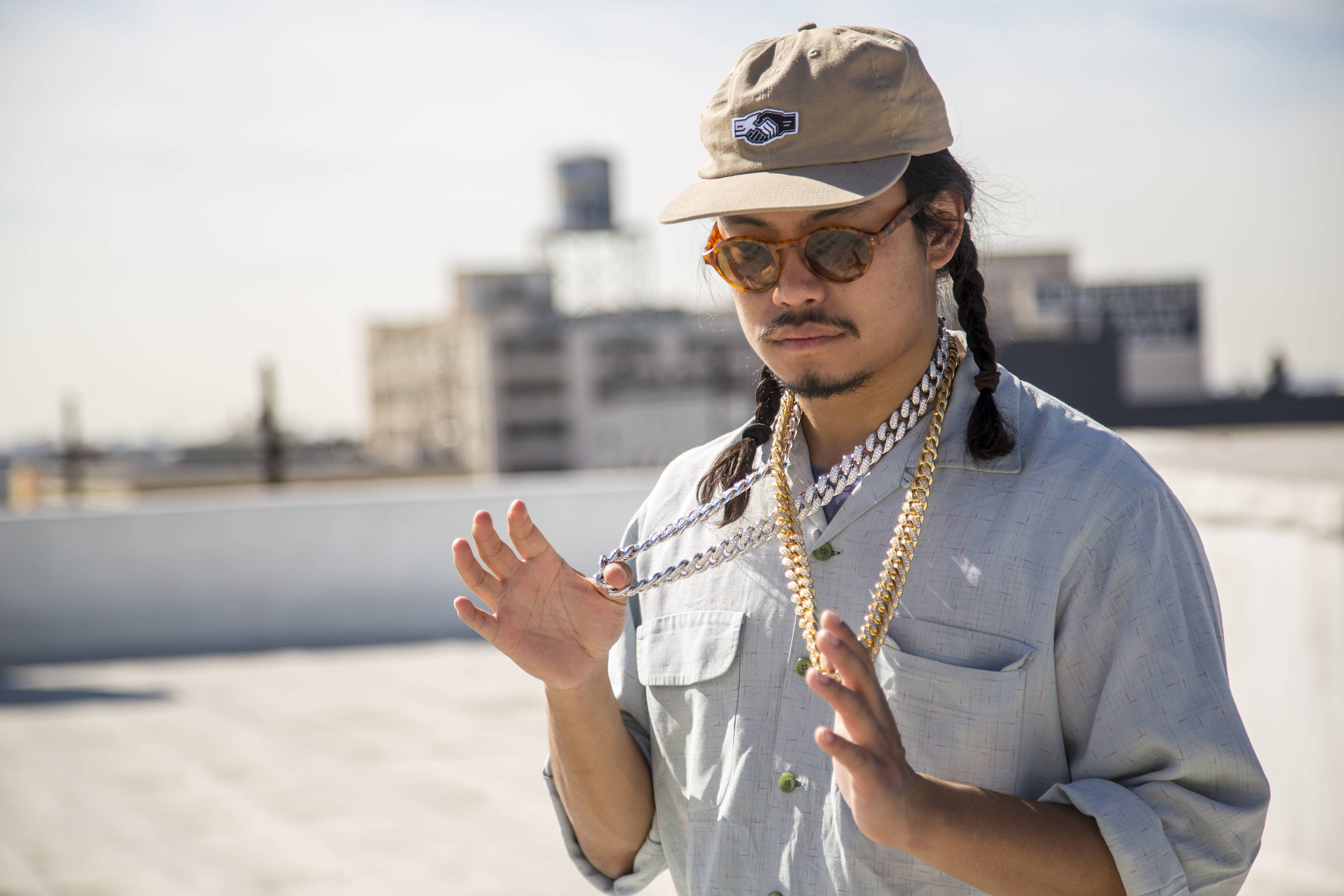 I’m obsessed with Nike Dunks. I’m obsessed with that idea of what it made me feel like as a kid, because it has no idols anymore it’s super interesting to me again. It’s such a beautiful shoe and they made it super low-profile and amazing for the pros, it looks so good.

It harkens back to my childhood. I was never a collector — I skated the Tiffany Dunks, the Bisons, every shoe I had. I didn’t know what collecting shoes was. I just went to the skate shop and that’s what they had, no one was standing in line for them. And Nike was the alternative to wearing Emerica and skate shoes, cause that’s what was at the mall at the time.

I wouldn’t wear a Janowski, a Nike skate shoe, cause that feels like the mall shoe. The Dunk — you don’t see anyone wearing those and it’s kinda cool.

And you’re wearing the Low?

Yeah. I also wear Vans all the time — we did that Vans with Vans Vault, that was cool, so I’m a Van-Nike guy.

Was it like a lifetime moment doing a collab with Vans after knowing the brand for so long?

It was awesome, it was a California moment. Like damn, this is sick to be a part of California. For the sneaker episode [of Social Fabric] we interviewed Steve Caballero.

The history of the Half Cab: Steve Caballero’s shoe was a hightop because they thought that was good, but all the kids would cut the hightop and make it a midtop, a chukka. They would put tape around it, just scissor it, so Steve said, “I think the kids are into this.” One of the first crowd-sourced designed shoes, which is really sick.

People used to skate in Air Jordan 1s, and the Dunk is an ’80s basketball sneaker.

The Jordan 1, they made too many of them, so they would be at the off-price stores. It was the cheapest shoe you could buy to skate in. The skating history is amazing, I’ll always be obsessed with it.

Nike ACGs I was always obsessed with. I love ideas of shoes, even if I don’t wear them. I did that Air Max project for Nike, Revolutionairs. That was interesting because it was the art context of a lot of shoes that Tinker designed, and it was awesome. It was more about the idea than the shoe design.

It was sick, they’re amazing! Sickest company. I really like them. We got to visit the DNA lab, it was cool.

Meltdown Comics, a Sunset Boulevard gem. Are you still into comics?

Right now there’s this weird comic called All Time Comics from Fantagraphics and it’s like superhero comic comics but done by weird indie comic artists. They self published these books in comic book form cause no one would buy it. That’s exactly what I’m about — it isn’t trying to be cool in the scene, it’s weird sh*t that sits in this world. Maybe you don’t get it, or you do get it, but it doesn’t matter. 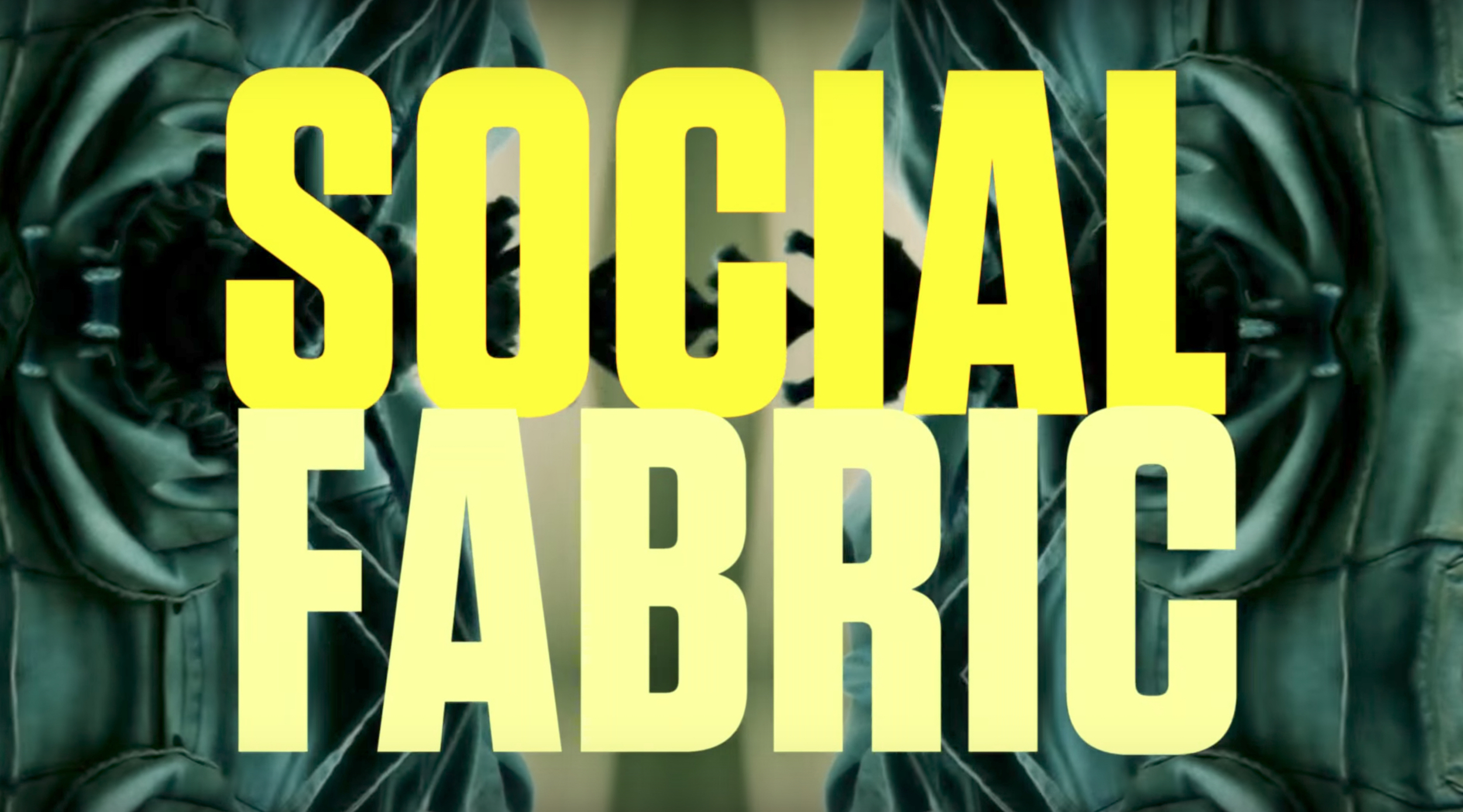