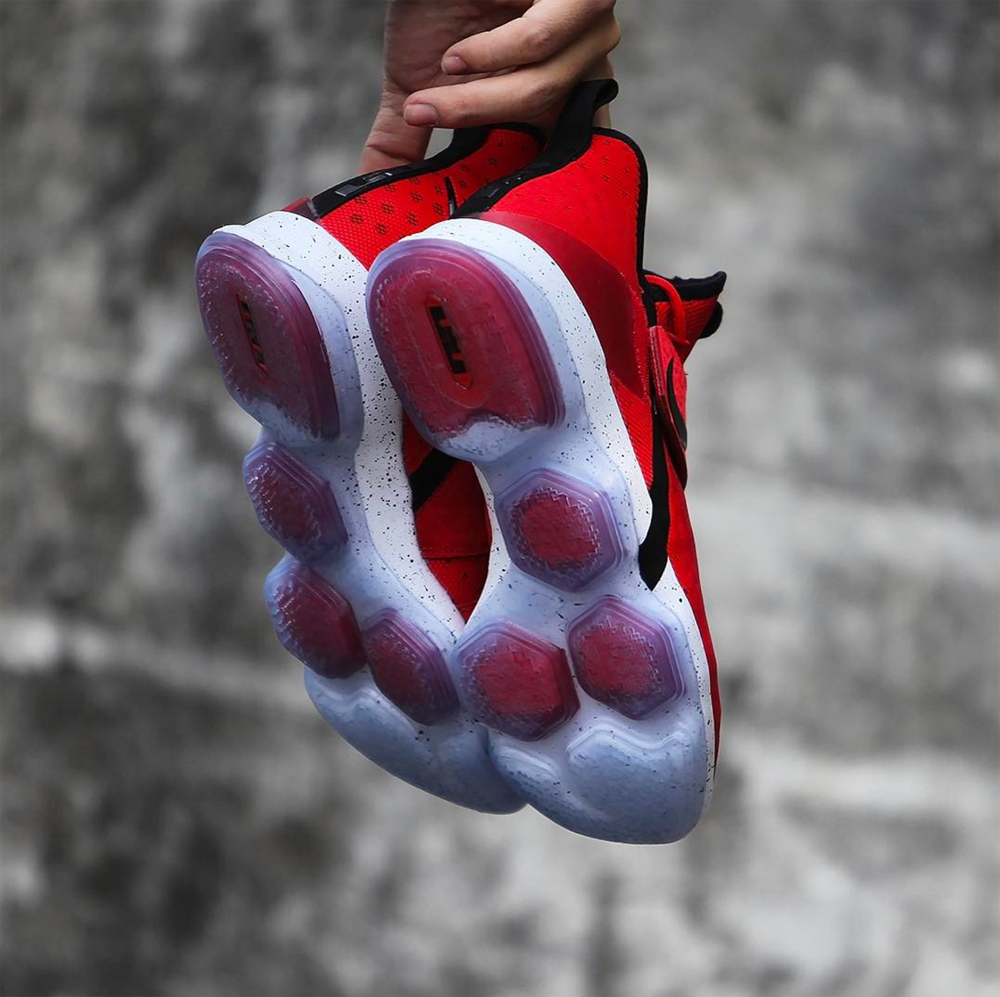 The next colorway for the Nike LeBron 14 comes in a beautiful University Red upper. 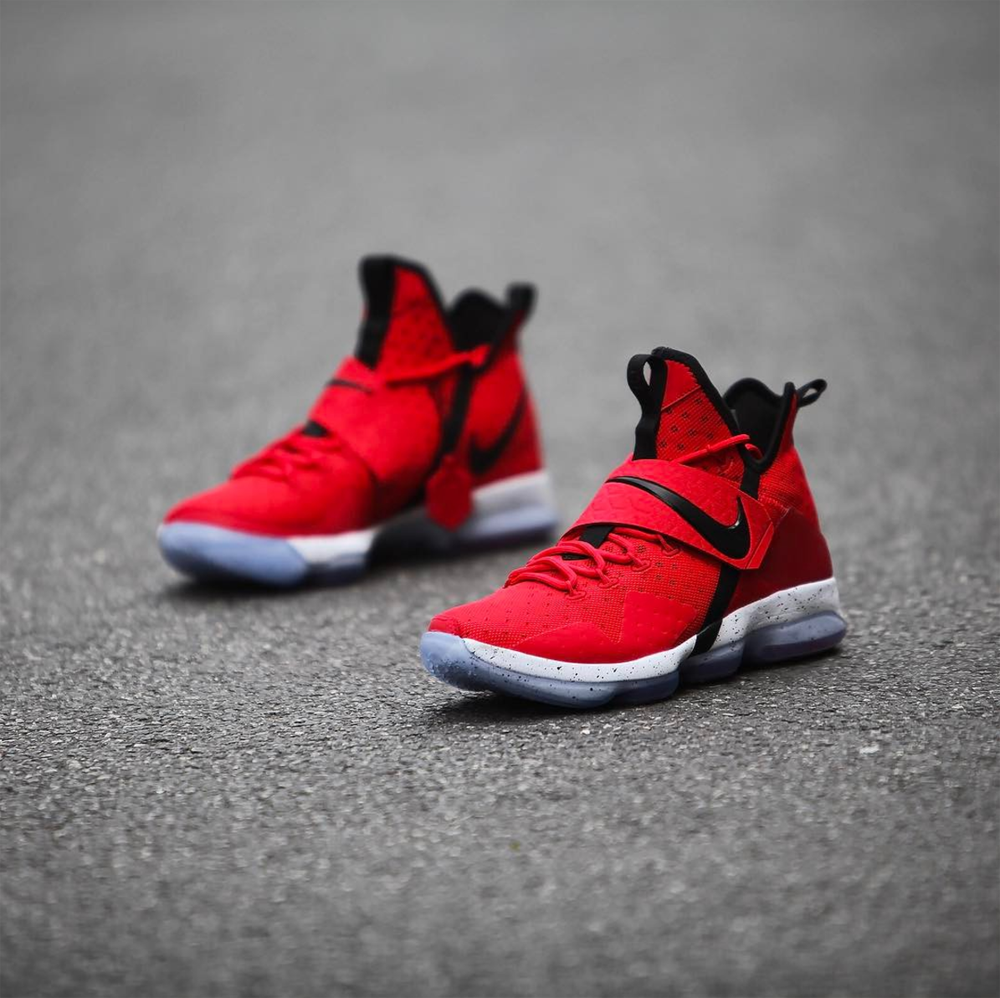 The Nike LeBron 14 in University Red was originally scheduled to release today, March 4, but it seems as though it’s been pushed back here in the States.

Eastbay has a Red/Black-Crimson Nike LeBron 14 on the release calendar slated for a March 10 release, so these may have been pushed back to next weekend due to the popularity of the recently release Nike PG1. While the LBJ 14 doesn’t have the same lifestyle appeal as some of the LeBrons of the past, the shoe looks solid in certain colorways — and this here is one of them. The overall performance of the Nike LeBron 14 was better than expected as well; the LBJ 14 should do the trick for both small and large players because it offers the features you require for your performance footwear.

Enjoy an up close and personal look at the next Nike LeBron 14 below and let us know which colorway has been the best thus far. 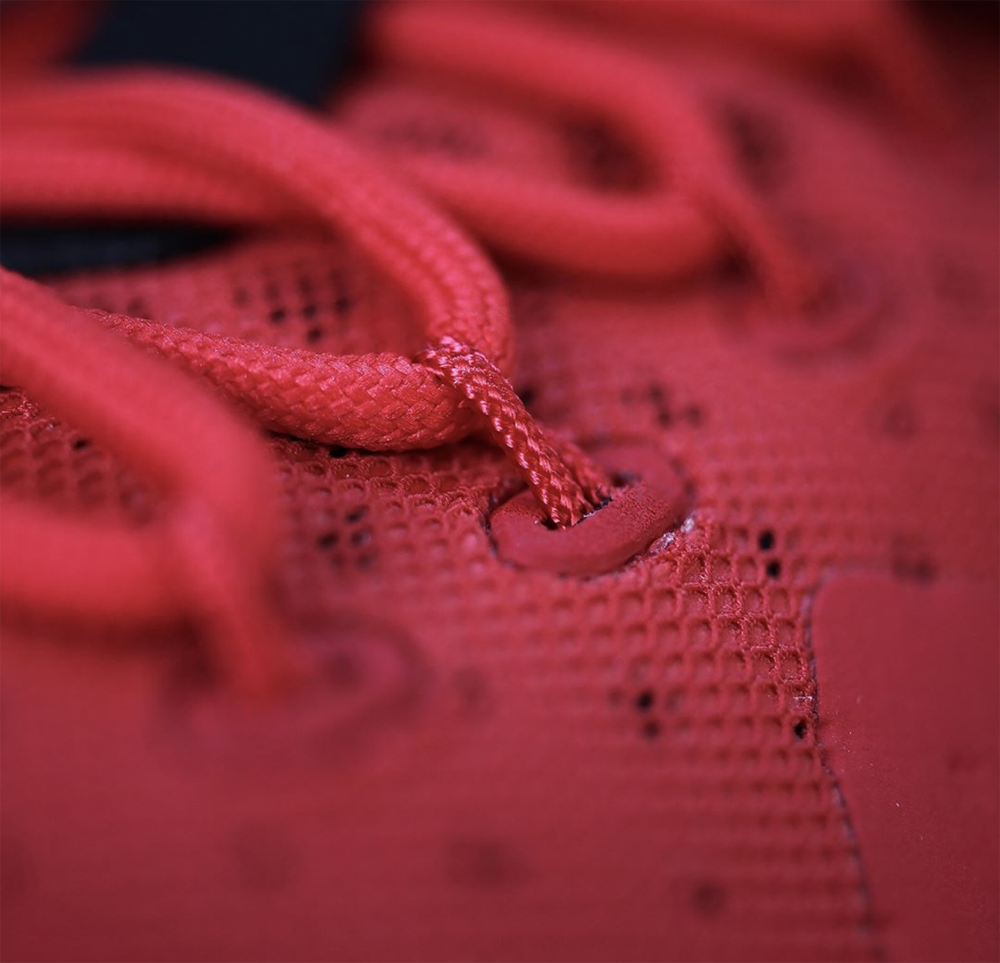 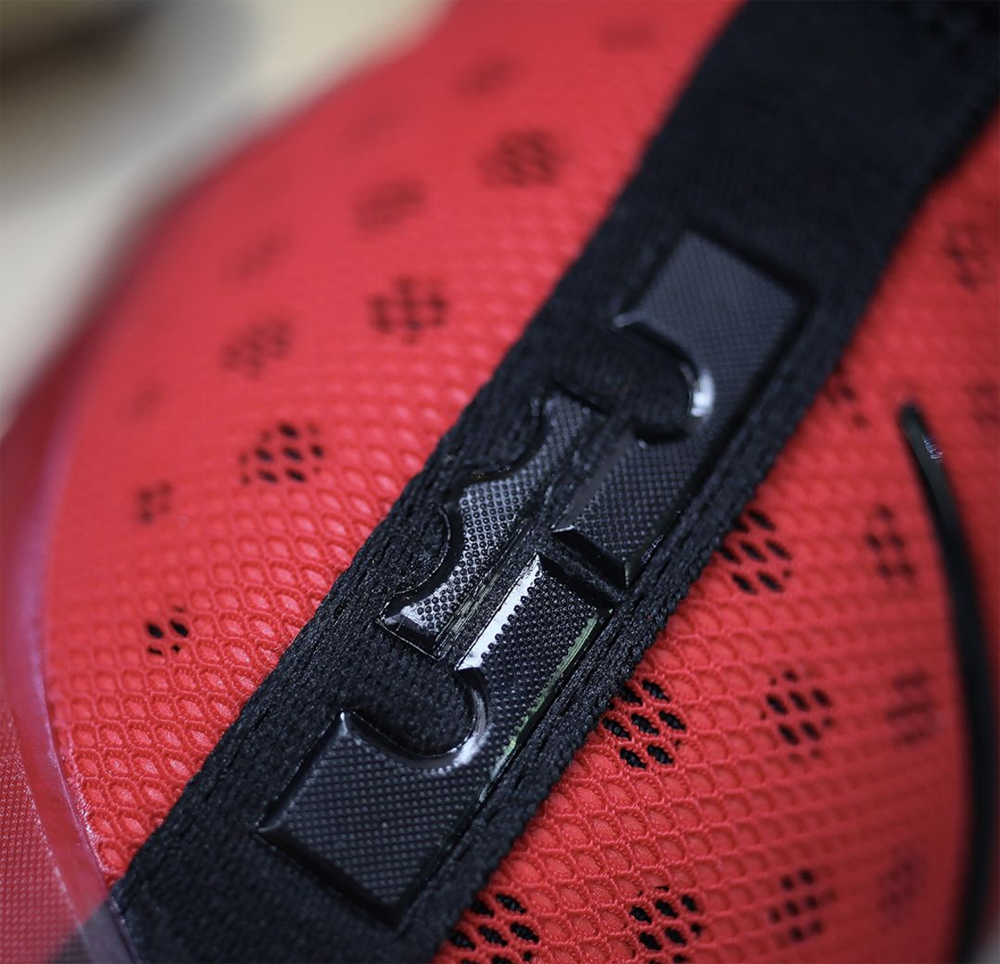 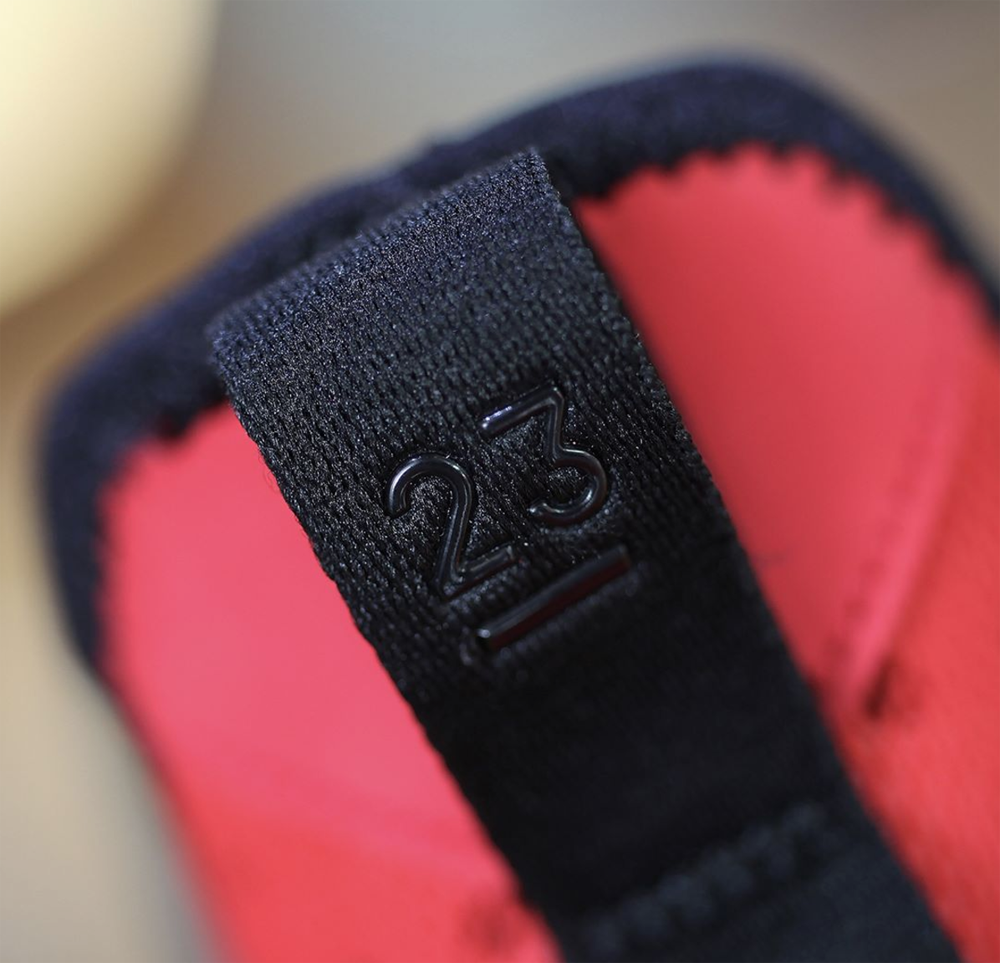 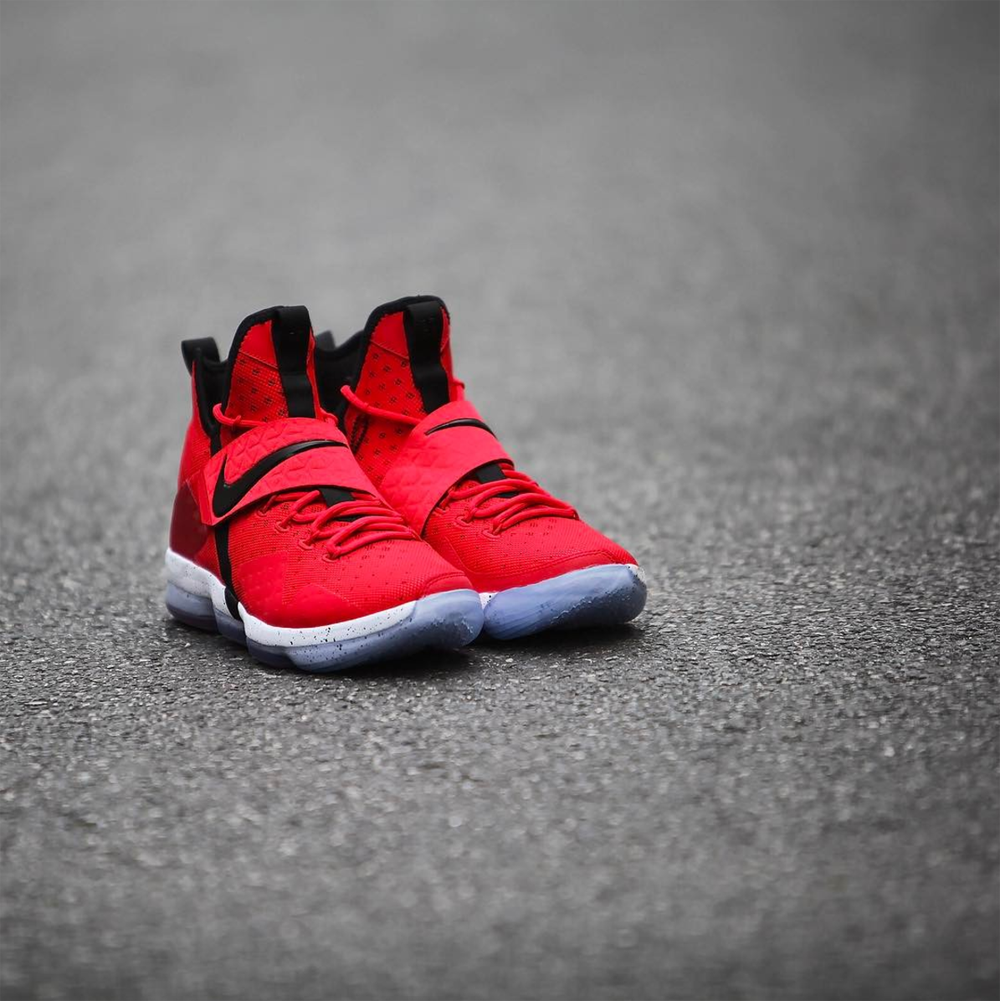 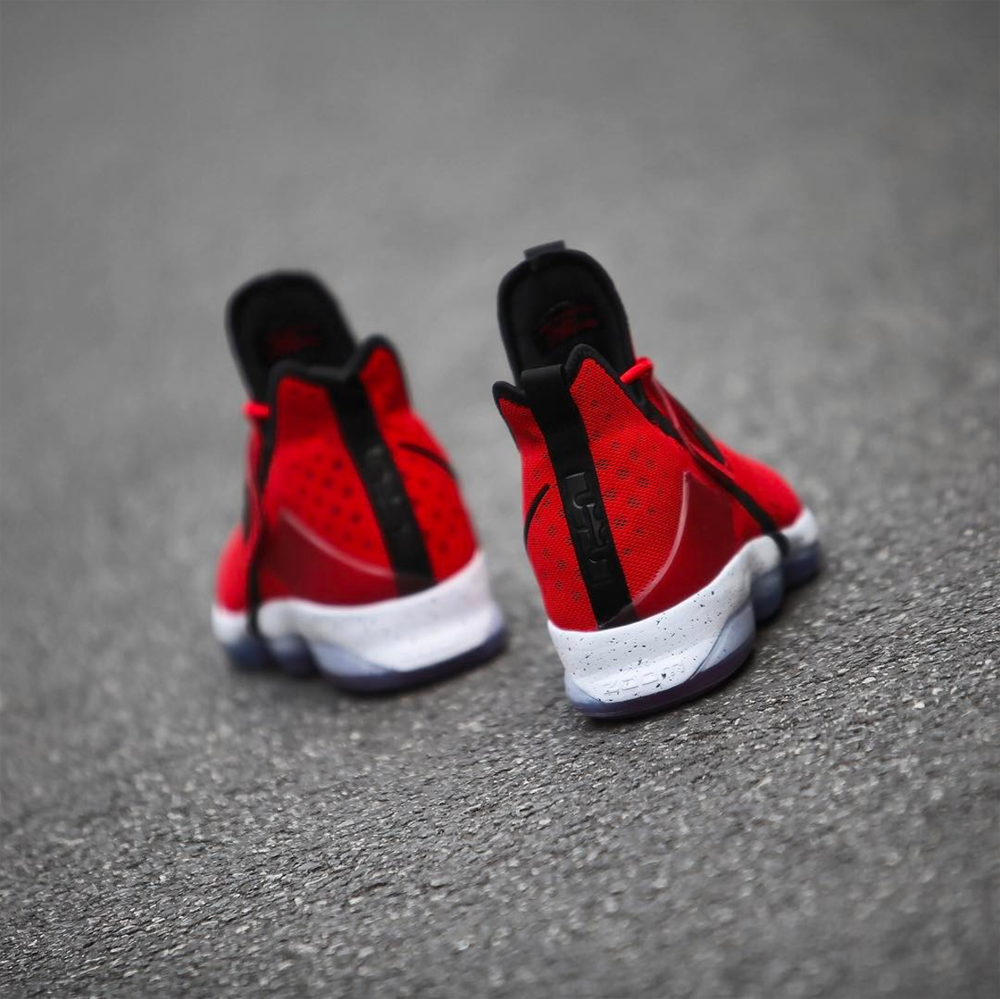 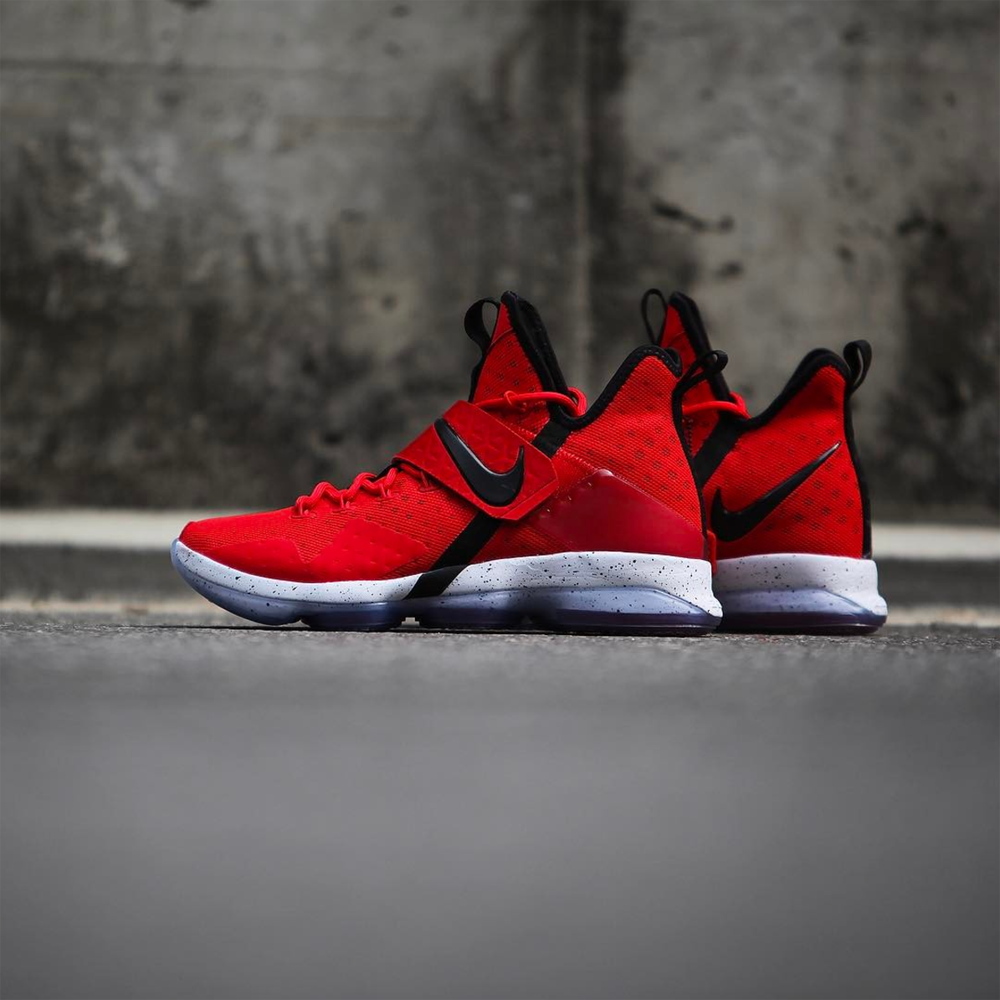 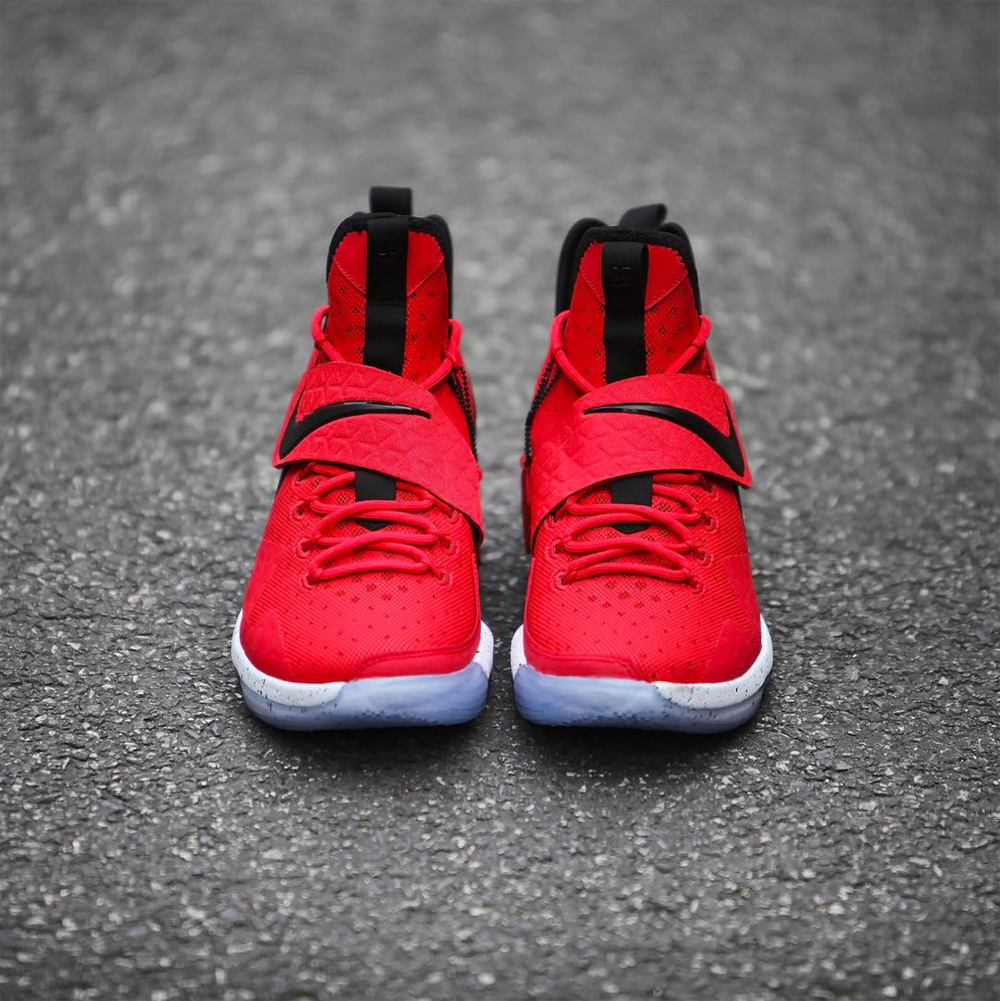 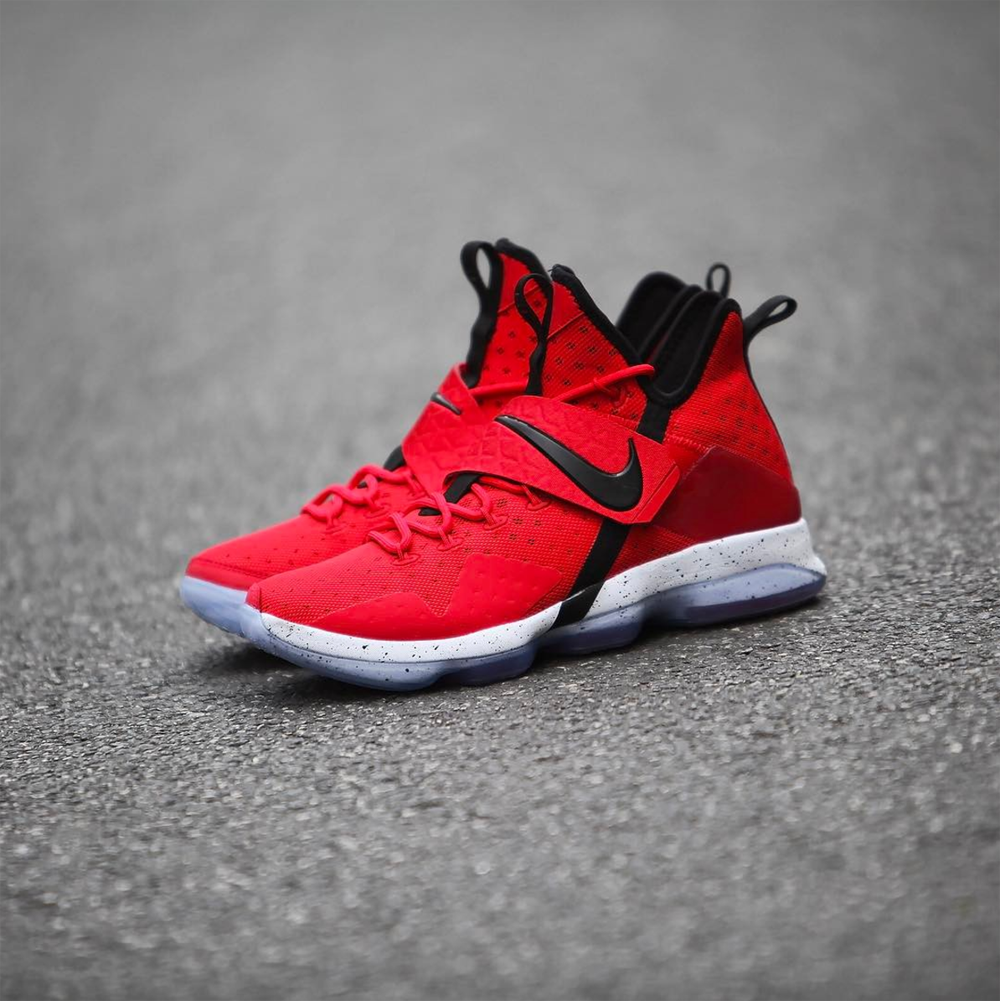 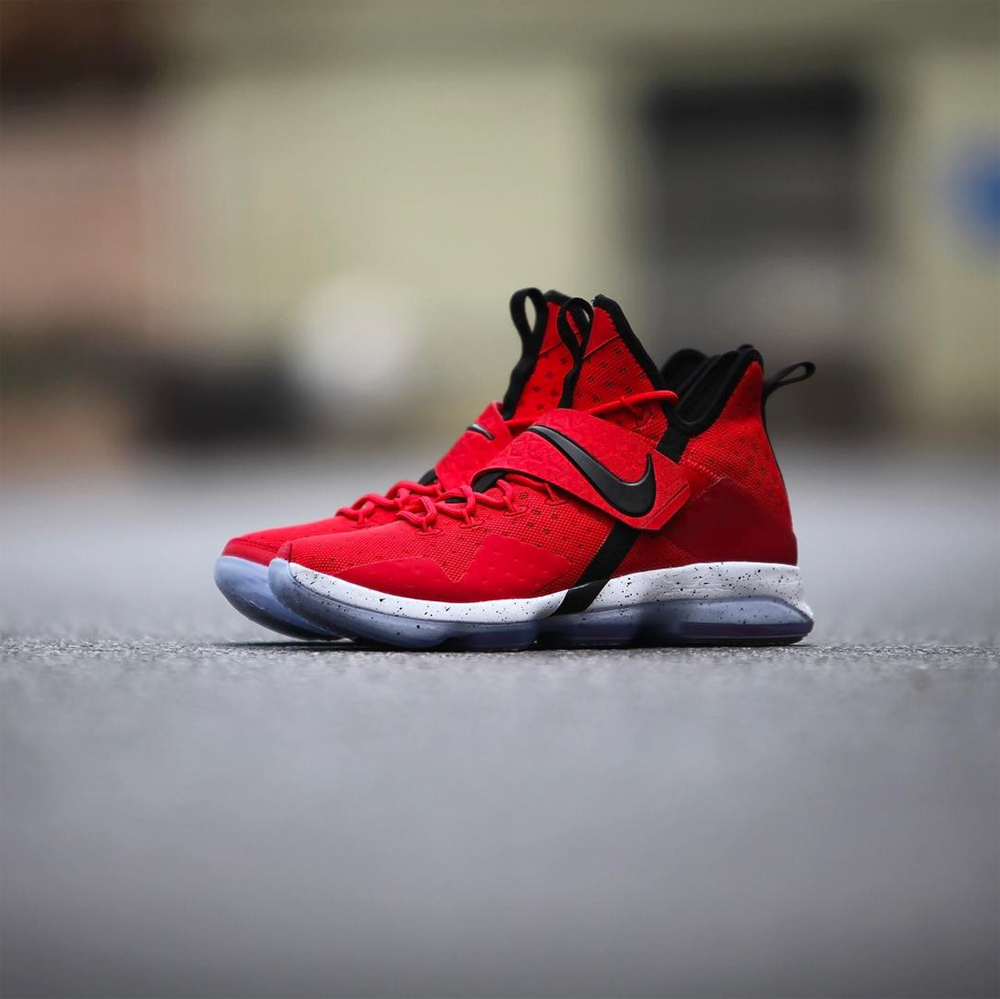