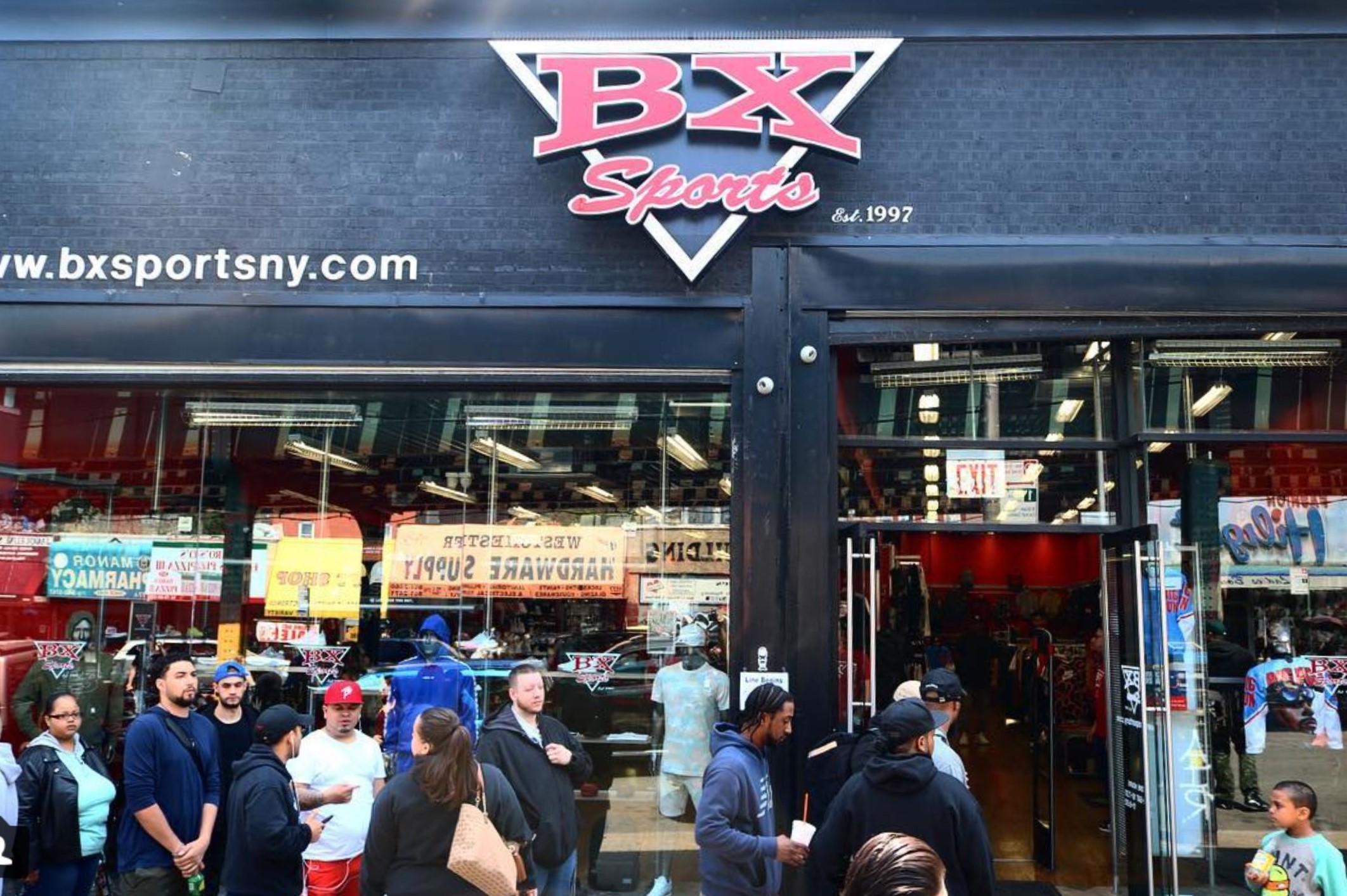 On Saturday, Ewing Athletics took over historic BX Sports for the release of its 33 Hi ‘Capital Punishment’. The shoe is dedicated to legendary Bronx rapper Big Pun.

Last week, we reported that Ewing had unveiled a collaboration with Big Pun’s family to celebrate the 20th anniversary of his debut album. Capital Punishment was the only album released during Big Pun’s lifetime and was the first solo Latin hip hop record to go Platinum.

The shoe, an Ewing 33 Hi (one of Patrick Ewing’s most memorable signature sneakers), flaunts a bright yellow leather upper with Big Pun branding on the tongues to match the cover of Capital Punishment.

After releasing collaborations for artists like Bun B, Cormega, and the OutLawz, Ewing knew it had a hit with this shoe. “Since we leaked the picture of Pun in the custom leather Ewing jersey from 1999 we knew we had a potential hit on our hands as the response from the customers was instantly huge,” David Goldberg, President of Ewing Athletics, told WearTesters.

Goldberg is a Queens native who has made connecting with New York a focus of Ewing Athletics. “I grew up a huge Big Pun fan so to do this project with his family was an honor,” said Goldberg. “Big Pun and Ewing are both authentic NYC legends so we felt it made sense from a brand perspective as well.”

The Ewing 33 Hi ‘Capital Punishment’ launch event was held at BX Sports, a historic New York apparel store that Big Pun used to shop at. Tunes were spun by DJ Trase — a long-time supporter of the Ewing brand — and guests were treated to refreshments by New York staple Mikey Likes It Ice Cream. Christopher Rios Jr., Big Pun’s son and a young rapper known as Chris Rivers, was in attendance, as was Big Pun’s widow Liza Rios. Pun’s daughters also greeted fans and celebrated the release.

“The turnout — and demand in general — in-store was more than anticipated,” Goldberg told WearTesters. “People were happy to see official Pun merchandise as there had not been anything in a very long time.” Big Pun’s celebratory sneaker is one of Ewing’s fastest selling shoes ever and has sold out in all sizes but 16.

“We have more in the works with Pun so stay tuned,” said Goldberg. You can check out a video recap of the launch event below, shot by Enrique Lebron.