I’m just going to say this upfront so you can stop reading and click one of the orange buttons below. The Asics Novablast 3 is the best all-around running shoe of 2022 so far. Why? A bunch of reasons. Keep reading and I’ll cover them in depth.

The FFBlast+ midsole of the Asics Novablast 3 is just awesome. FFBlast+ is a very good foam, as we’ve seen on both the Asics Glideride 3 and the Asics Gel-Nimbus 24. Both of those shoes are on our list of Best Asics Running Shoes in large part because of their cushion. The foam itself, combined with the midsole geometry of the Novablast 3, creates the fluffiest, bounciest iteration of FFBlast+ to date.

The valley down the middle of the outsole also circles around the forefoot allowing the FFBlast+ foam to expand and fill the space. This results in both plush, pillowy protection on landing and a bounce back that’s more typical of shoes sporting a composite or TPU plate. It’s also more bounce than you typically get for the $140 price point (running shoes at $140 used to be $130 but thanks to inflation here we are — insert sad face emoji of your choice).

This is the kind of midsole that feels great whether you’re running 3 miles, 6 miles, or 10 miles, chasing kids around a theme park, or just casually walking the streets. It’s an ultra-versatile setup that feels amazing.

The rocker on the Asics Novablast 3 isn’t super pronounced. It doesn’t swoop down at an angle like Asics’ top-of-the-line Metaspeed Sky+ marathon racing shoe. But, though it doesn’t look too rounded, the ride is super smooth. Touch down to toe-off is extremely smooth and the shoe feels like it’s helping you along the way. It’s the type of ride that makes you feel like you aren’t working quite as hard any time you pick up the pace.

Look down at the Asics Novablast 3 from above and you’ll see that the midsole naturally provides four generous outriggers. It flares out (without looking ugly or fat) at the lateral forefoot and heel and the medial forefoot and heel. Quick turns or jumping over obstacles doesn’t even register as anything remotely difficult. You can even move quickly from side to side and feel pretty secure. This sort of security is not normal for a running shoe this bouncy.

The recycled mesh upper is super comfortable and practical. Think Nike Pegasus Turbo 2 level of comfort. It lets in a ton of air, keeps the foot secure, but never feels anything but light and roomy. It’s an upper you stop thinking about as soon as they’re on your feet…it just gets out of the way and does its job.

The fit of the Asics Novablast 3 is narrow at the heel but widens nicely in the toebox. If you’re a wide foot with a wide heel, be careful and try these on before buying. Everyone else should be able to go true to size without an issue.

When I first got the Asics Novablast 3, I worried a bit about the outsole. There’s plenty of rubber but the pattern doesn’t look like it would bite the pavement. Surprisingly, the thing gripped impressively. Only a ridiculously mildewed section of boardwalk caused any slippage (it does that with almost every road shoe I test). Otherwise, I could fly around in wet, humid conditions with reckless abandon and count on the traction to keep me from slipping.

If you run on a lot of dirt, cinder, or do a fair amount of road-to-trail running, check out the soon-to-be-released Asics Novablast 3 TR. It replaces the standard road outsole of the Novablast 3 with lugged traction that should increase the Novablast’s versatility even more.

This is a relatively small complaint and it may not happen to everyone, but the tongue on my right shoe was always slipping to the lateral side of my foot. Yes, the tongue is gusseted, but the mesh gussets didn’t hold it in place well enough.

I’m not sure if a lace loop on the tongue would solve the issue but that would have been a nice addition. As it is, I’ll likely cut a small lace pass-through in the tongue with an Exacto knife to keep my right tongue from sinking to the side.

However, this isn’t a major issue and I wouldn’t let it dissuade you from buying an otherwise perfect running shoe.

The Asics Novablast 3 is just about the perfect shoe. After this review, it sits atop our rankings as the best running shoe of 2022. The combination of bounce, impact protection, breathability, stability, smooth toe-offs, and lack of weaknesses cement its status. It also doesn’t hurt that the Novablast 3 looks spectacular. If you only buy one running shoe this year, make it the Asics Novablast 3. 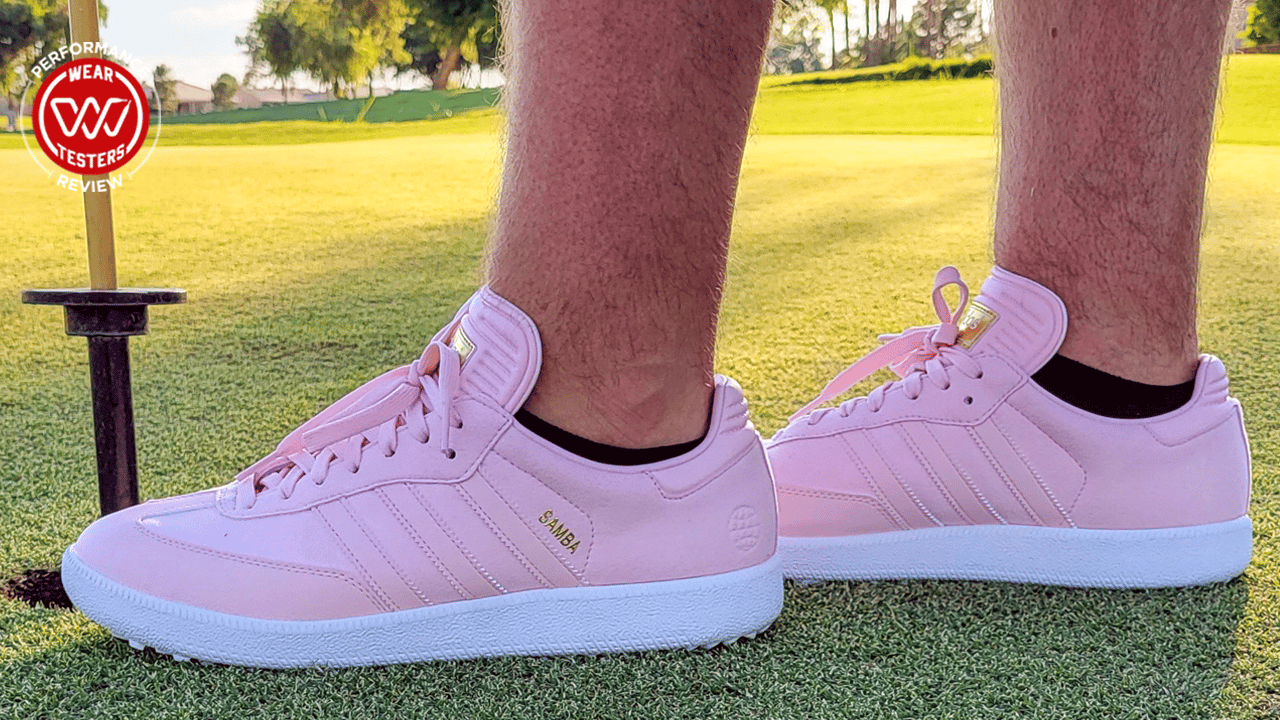 As a young soccer player, the adidas Samba was my holy grail of soccer shoes, although one I…