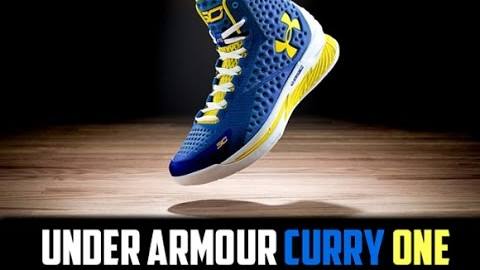 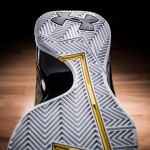 Traction – The same traction pattern from the ClutchFit Drive was brought over to the Curry One, and since the entire tooling wasn’t re-used you won’t hear me complaining. They’ve redesigned the entire shoe from the midsole up, keeping only what works… which is how things should be done. Storytelling is cool, especially when it works, but having great traction is cooler. The only time when I had an issue with these was on really dusty courts. Wiping in those instances was needed frequently, but the traction worked well enough to where I’d still choose to play in them no matter the court condition… and I can’t say the same for every shoe I’ve played in. Outdoor players will receive solid traction as well.
[divider] 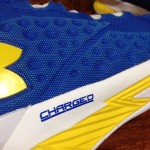 Cushion – A brand new cushion is implemented in the Curry One called Charged. Its another foam layer added to the Micro G carrier that is supposed to be somewhat ‘alive’. While I don’t feel that it was actually alive, it was softer while moving normally and stiffened up while in motion. Using Micro G was an awesome touch as it brought something familiar to the table while still introducing something new. Impact protection and responsiveness is utilized perfectly which will provide you with a nice balance of the two attributes. If you like Micro G, Lunarlon, Gradient Dual or any of the other foam cushions on the market… then you’re going to love these.
[divider] 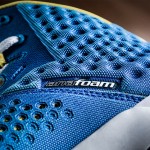 Materials – New materials were introduced in the Curry One as well. Dubbed anaFoam, the lightweight material has built-in support pieces made of foam and wrapped in a compression molded fabric that is similar to canvas in terms of feel, buts really just multi-layered mesh. Its strong, lightweight and flexible while being supportive. ClutchFit is meant to act as a second skin while anaFoam is meant to be a supportive structure that you never notice on your foot. Durability may prove to be an issue in key high wear areas, but they’ve added a Fuse layer on the toe to compensate for that potential issue.
[divider] 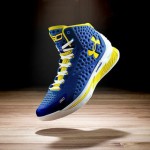 Fit – They fit true to size overall, and feel as if they’d accommodate and ankle brace rather easily. When I first wore the shoe, during the wear-test event, they felt as if I could have gone down 1/2 size due to a little dead space, but after I kept playing in them every night after the event took place, the materials eventually molded to my foot and provided me with a fit that I fell in love with. Try them on if possible, but go true to size if all else fails and you should be fine. Lockdown was solid from heel to forefoot, no real issues there. Only problem I had was when I’d wear no-show socks. The top two eyelets are metal grommets and they dug into my ankles. Higher socks were an easy fix, but I feel it should be noted for those that may enjoy wearing lower cut socks.
[divider] 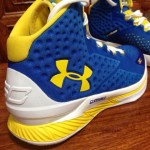 Support – Most of the support comes from the upper and fit, its basic overall so nothing crazy. It’s got everything that you need, nothing you don’t. There is a heel cup in the rear of the shoe, which helps keep your foot on the footbed, and there is a TPU shank for torsional support.
[divider] 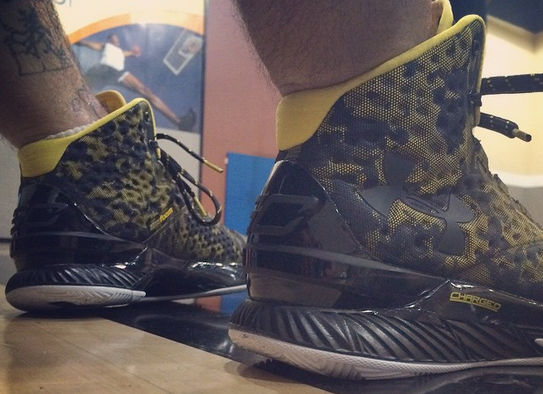 Overall – I really enjoyed playing in the Curry One, however, they are very similar to the ClutchFit Drive. Cushion is slightly altered, I can go with either setup and be satisfied, while the upper is the main difference. The anaFoam structure isn’t quite as supportive as ClutchFit, but it is supportive enough for a Guard… I feel the ClutchFit Drive is a great shoe for every player, while the Curry One feels like a Guard oriented shoe. At $120, you really can’t go wrong.

The Curry One will be available on February 13th at UnderArmour.com as well as other Under Armour Basketball retailers. 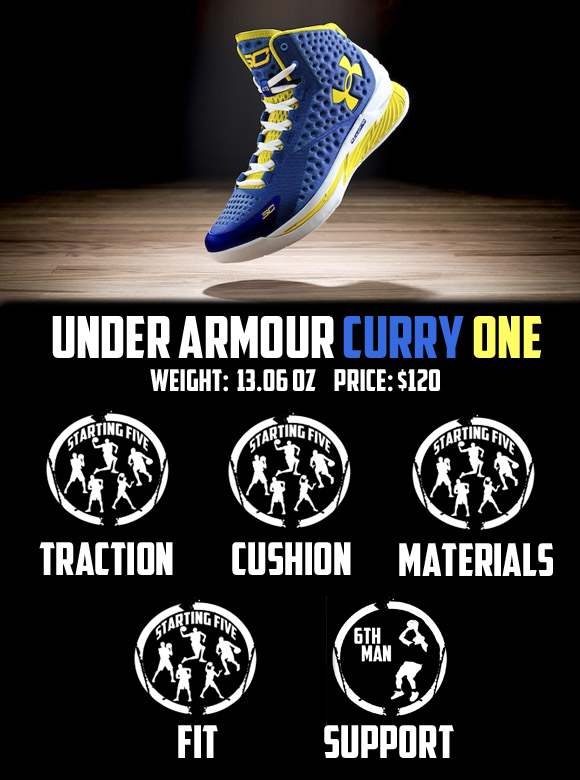