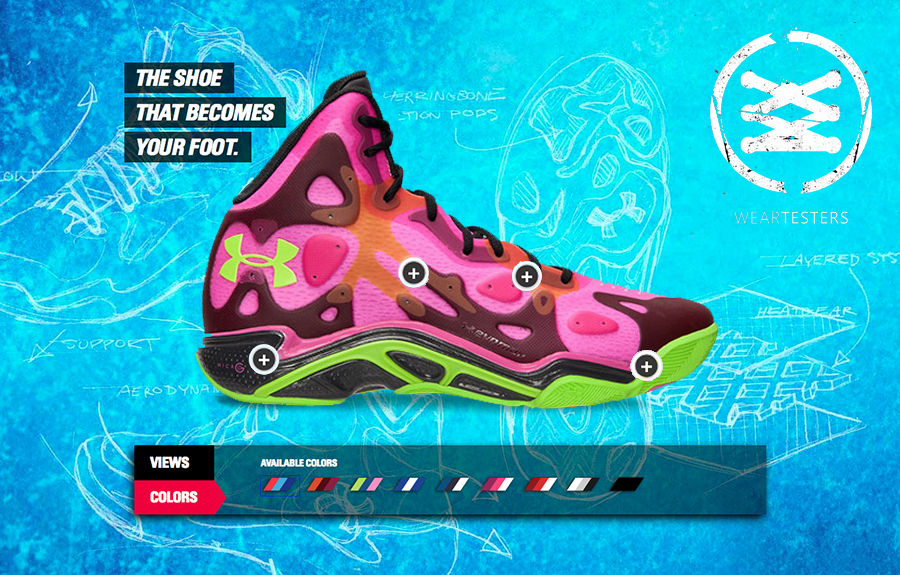 Much like the performance review for the Nike Zoom Run The One, the Under Armour Anatomix Spawn 2 doesn’t quite need a full breakdown since most of the shoe is identical to the original version. So, with that being said… below are the two changes made between the Spawn and Spawn 2 along with their score card. You can always head over to the Spawn 1 or Spawn 1 Low performance reviews to check out their score cards for comparison.

Tooling between the two is exactly the same. In case you were unaware, the tooling of a shoe consists of the outsole and midsole… nothing has changed here. Traction is solid (indoors) and cushion is Micro G… which is code for amazing. Now, the materials have been upgraded a little. Instead of Fuse, UA has utilized a synthetic that mimics skin. Sounds a little creepy, but hey, its almost Halloween so it fits. With the new material, you won’t have any hot spots and it keeps the foot contained without losing structure or support. It’s also much more durable than the original which featured a lot of mesh. The down side of that is that ventilation took a huge hit. I loved the air flow you received in the original Spawn… you could literally feel the air flowing through the shoe and I enjoyed the a/c. However, I didn’t receive any blisters so I don’t personally think it was a huge drawback… but it does get noticeably moist within the shoe. Everything else is exactly the same… if it ain’t broke, don’t fix it.

If you were interested in grabbing a pair, they’re available now at FinishLine.com. 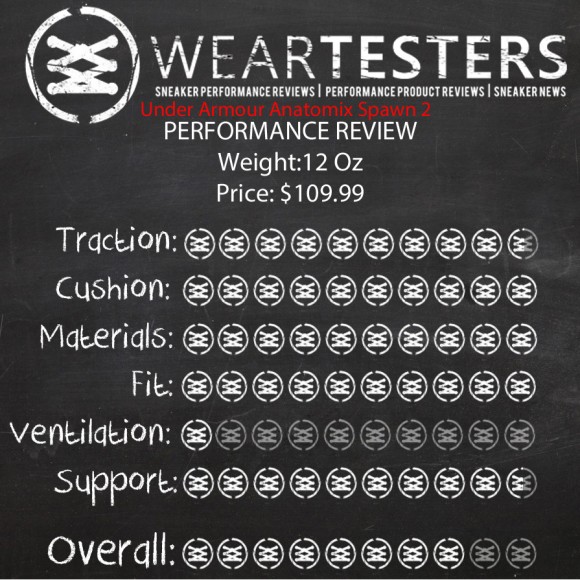