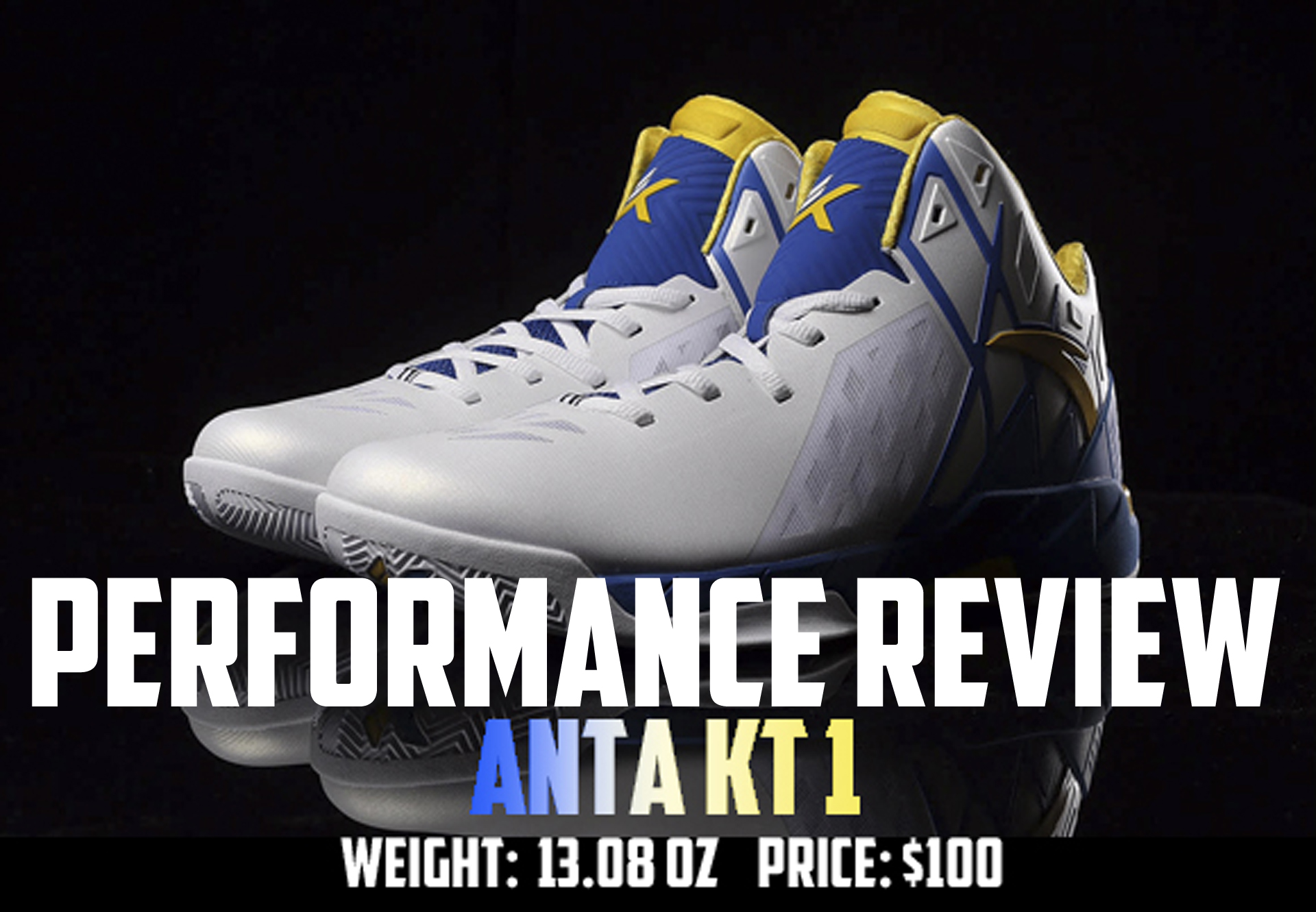 Another Warrior has a signature sneaker. Let’s see if it too can make a splash.

Traction – You can’t go wrong with herringbone, especially when there is this much of it. ANTA wasn’t playing around with the KT 1 as they implemented what works, and they did so strategically, placing the pattern in multiple directions.

The only time I had any slipping issues was when a lot of dust was present, but you keep them clean and they’ll keep you covered. What I like is that the rubber is firm enough to use outdoors without worrying about the material grinding down quickly. Whether you play indoors or out, you’ll enjoy the traction on the ANTA KT 1. 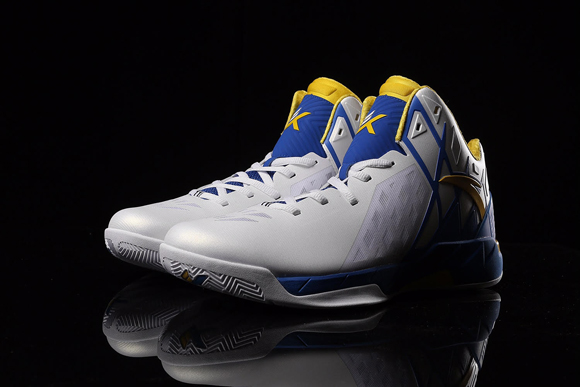 Cushion – I have no idea what type of foam is used for the KT 1, but it’s not half bad. I’ve experienced ANTA’s foams before, and remember the RR1 (Rondo 1) having a very comfortable foam setup. These aren’t quite as soft as the RR1 was, but after you’ve broken them in then they feel pretty nice.

There’s plenty of court feel within the shoe so if you’re a Guard that likes to feel the ground then you’ll enjoy these quite a bit. If you did need some additional cushion then an insole swap would do some good — especially since these retail for $100 so it’s basically a budget model compared to other brands. I did just fine with the way they came, and my knees can get a little sensitive after playing five days in a row.

Materials – Fuse is used along the upper, and they reminded me a lot of the LeBron 10’s. It’s not a thin crispy/hard Fuse upper that makes weird noises every time you take a step. Instead, you’ll receive a nice soft Fuse that is more like leather than the rest. It’s got than malleable TPU that rests on a synthetic backing. Structure, support, durability…all wrapped up in a nice pearlized package. 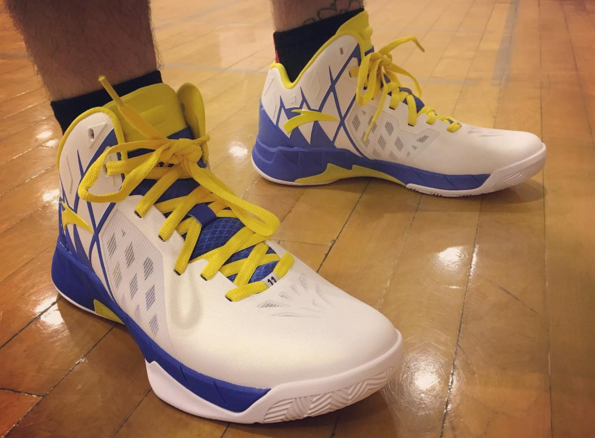 Fit – The KT 1 fits true to size, and as we all know, that’s pretty rare when it comes to Chinese brand products. Usually I have to go down to an 8 with the overseas ANTA products, but this is the first release that they specifically made for the US audience. If you’re a wide footer, or just like some room, then going up 1/2 size will work out just fine. I just happen to like that perfect 1 to 1 fit, so true to size is best for me.

Lockdown is like any other model you’ve likely played in. They’re nothing out of the ordinary compared to the Nike Hyper line. Hyperfuse, Hyperdunk…Hyper-whatever — if you’ve played in one of those models then you can expect a similar feeling. Plenty of range of motion is found at the collar of the shoe with the asymmetrical build — something I enjoy a lot. Anytime you can get me into a mid cut sneaker without me wishing it was a low top is a good thing.

The only thing I would improve in their overall fit or lockdown would be the implementation of internal Achillies pillows. That would have definitely taken things up a notch.

Support – Much like the lockdown, support is pretty standard. There were no corners cut, and everything you’d need on a shoe is in place. TPU shank, TPU heel counter, and an outrigger that reminds me a lot of the Nike Kobe 5 — which is a good thing. The materials also play a roll in the support as the Fuse won’t stretch yet it offers enough give to allow the foot to flex fairly naturally. No restriction, but plenty of support. 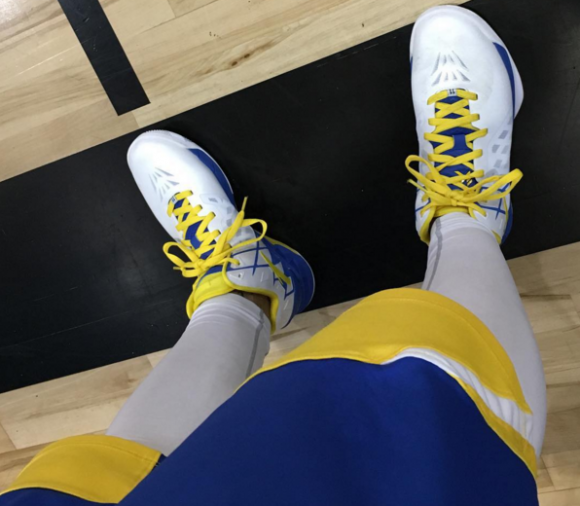 Overall – Job well done, ANTA. Like I’ve said before, I have played in a few different models and have been impressed with certain aspects but less than enthusiastic about others. The KT 1 is their best basketball shoe to date in terms of performance — at least out of the models I’ve played in. Their price point isn’t outrageous and they can be used inside and out. Not a bad deal for their first real go-around at a Stateside release. It’ll be interesting to see how they do at retail since most consumers are unfamiliar with the brand.

I think most people will enjoy the kicks on-court. It’s something different that performs nearly the same — other than the cushion — as most “big” name brands. Keep your mind and eyes open to the possibilities that are out there. You wouldn’t want to miss out on something just because it was new to you. 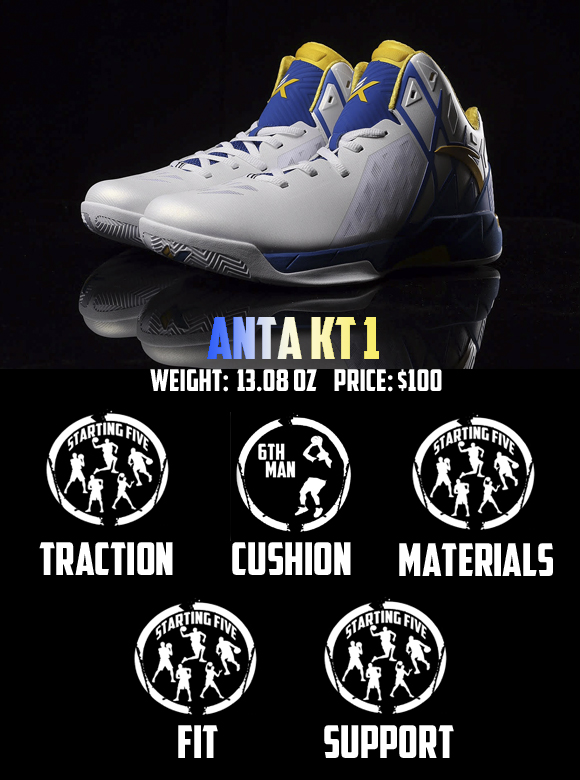