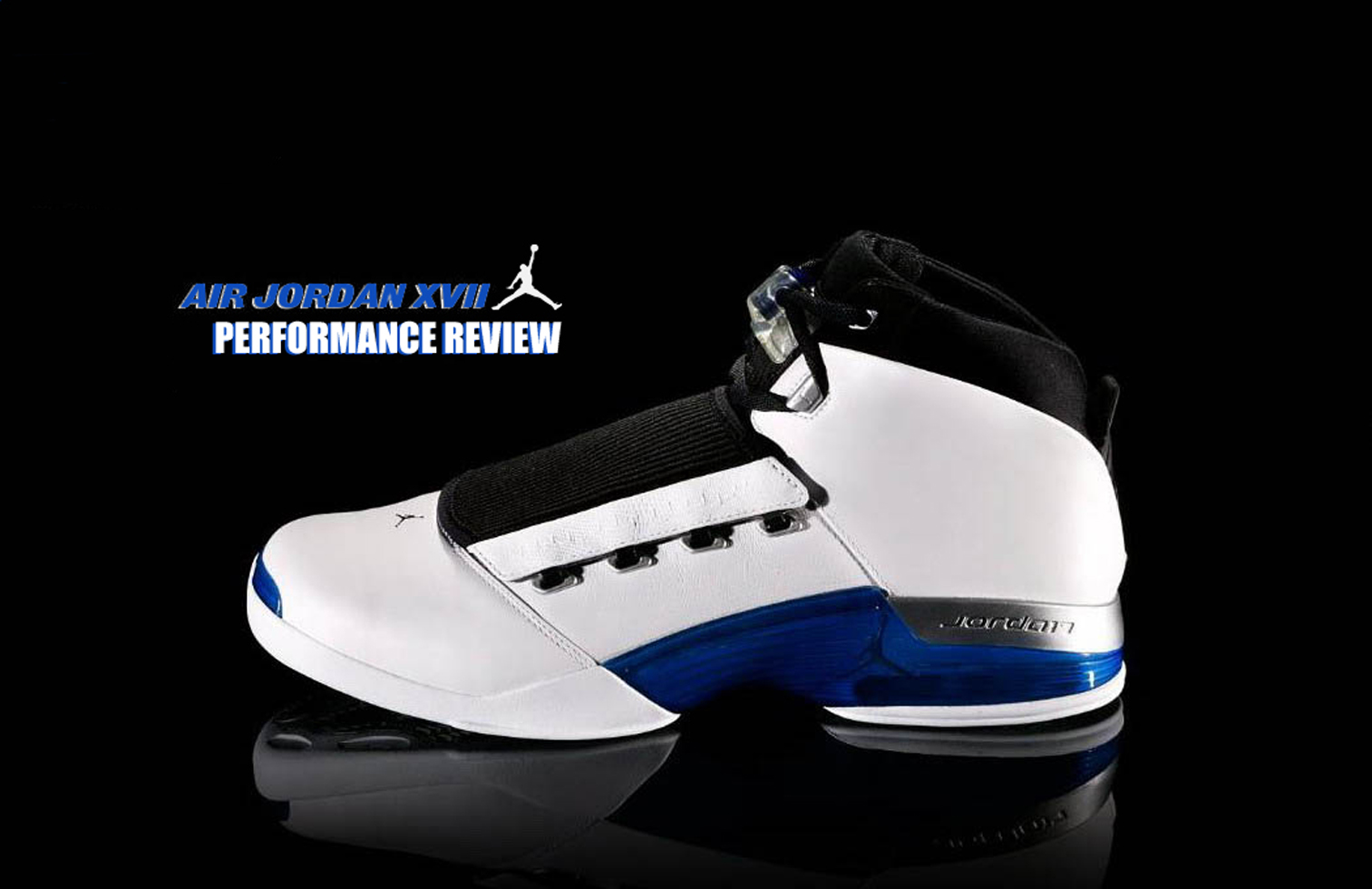 Traction – This is how you pull off a storytelling traction surface. The entire design is based on MJ’s love for Golf and instead of using some random pattern they went with herringbone – which worked really well. They used contrasting colors to add additional effects without sacrificing coverage. Now, I will say that the traction wasn’t perfect but it was pretty damn close. Only time I had an issue was during certain movements where the shoe flexed at a point where the traction wasn’t in contact with the floor so I had slight slippage but that didn’t happen often so it was nothing crazy… very minor and its the only thing I experienced that I could nit-pick on.

Cushion – This shoe was built for an aging MJ that required quite a bit of support in order for his knees to hold up on-court. There was a blow molded Air unit in place at the heel – I still don’t know the difference between blow molded Air units vs a regular one – which was housed within a giant TPU (plastic) cage. The entire heel area reminded me a lot of caged Zoom Air but firmer. Was it incredibly uncomfortable? No, but it wasn’t what I’ve been used to with previous Air setups. However, forefoot cushion was fantastic. Zoom Air is placed at the forefoot and the entire forefoot section of the shoe is built traditionally with a Phylon footbed which happens to be double lasted. Its a really interesting way to construct a shoe where you have incredible support with adequate cushion.

Material – I love the materials used on this 2008 CDP version and especially the originals which featured buttery leather uppers. This pair utilizes a nice nubuck at the heel and forefoot. This has its strong points and weak points. Its strength is its fit and feel along with the minimal break-in time required. As for the weakness… its just not as durable as leather overall but again… that’s me nitpicking since the materials are really nice in general. There is a section of woven material – identical to what was used on the LeBron 9’s support wings – at the midfoot that offers great fit and its the most durable section of the upper. My favorite material used is located at the collar… the Neoprene lining is so comfortable it makes all other collars seem inferior.

Fit – They fit true to size and lockdown for me was near perfect. Only gripe is that I had to lace them all the way to the top eyelet and I usually leave one or two free so I have better range of motion for my ankles. I couldn’t do that with these since every time I tried my heel would flop in and out of the shoe a bit but once laced them up the way they were intended then they were perfectly fine. The midfoot lockdown was fantastic and you even have additional lacing options if you wish with the Shroud’s ‘eyelet’ system for a more snug fit. We also have a squared toe again so that area of the shoe is very comfortable while stoping and changing direction without jamming any toes.

Ventilation – Definitely not their strong suit… but not as bad as the XVIII. *Spoiler alert

Support – As mentioned earlier, this shoe was designed for an aging MJ that needed more support than his past models provided. The TPU heel, lacing system and Carbon Fiber plate running throughout the entire outsole provided some of the best support I’ve had in any Air Jordan to date… almost topping the XX8. Only reason why I’d personally choose the XX8 over these is due to the fact that they offer support that wont restrict my movement at all while these are a bit more restrictive overall.

Overall – This was probably the one shoe – besides the XV – that I was looking forward to wearing the least. I don’t know why… I’ve just never been entirely enthusiastic about the model in general. After playing in them they’ve actually surpassed my initial impression and are among the top performance models featured within the Air Jordan Legacy. This is definitely one model that I’d love to see get the Retro treatment as they are 100% playable even by today’s standards. Truly an innovative sneaker that was ahead of its time.