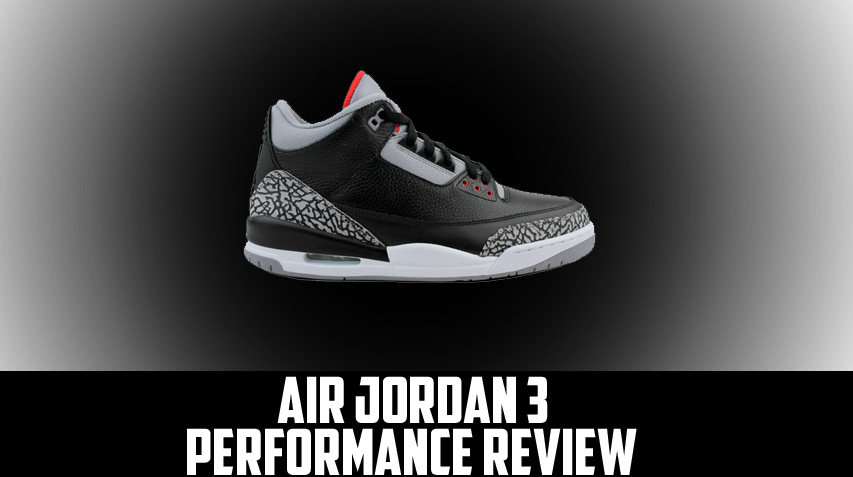 Hit the jump for full review… 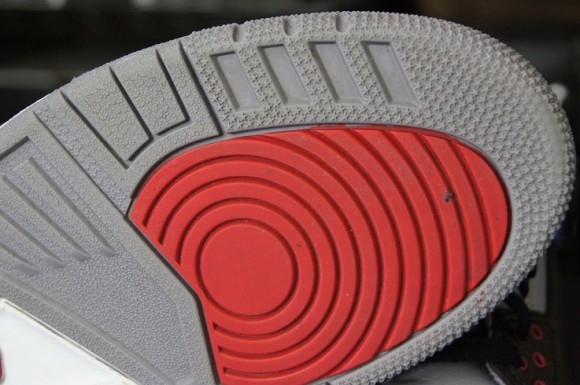 Traction – The traction surface was much like the Air Jordan II, performed well no matter what you were doing. Texture is abundant throughout and the giant pivot point did not hinder their performance at all. Out of the first three Air Jordan models, the AJ1 has been the most equipped where traction is concerned but the AJ2 & 3 are well above average. 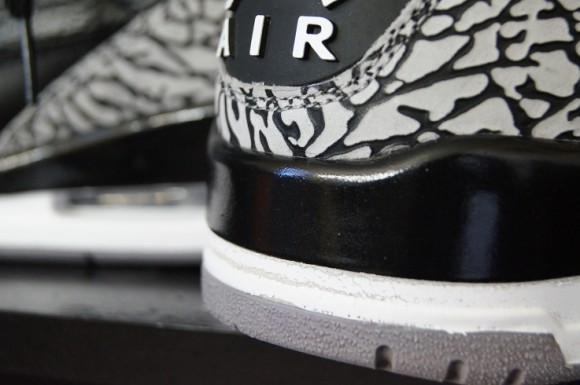 Cushion – As you already know, my knees and legs cannot handle the cushion. The polyurethane midsoles are far too dense for me and even with an insole swap I was only partially pain-free until a certain point. There is some compression which is good but overall… it’s just not an ideal setup. If you are young, you won’t have much of an issue but for some of us older players, especially older players who can still run quickly, we need to be able to absorb as much impact as possible so our bodies can endure on-court play. 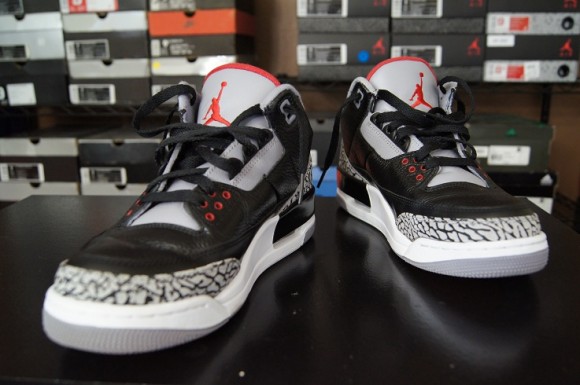 Material – The leather upper is decent enough and has some durability to it. Flexibility of the material itself was actually pretty good and I had no real issues with it. As far as the lighter grey panels… quite possibly the cheapest materials one could find were used and that is where I was irritated. Had I used the White/ Cement colorway, this may not have been a problem but this particular version left much to be desired with those panels.

Fit – The areas covered with eyelets were great. I experienced a thorough lockdown from the midfoot to the heel. When moving at a rapid pace and quickly changing direction, the forefoot was unable to handle the torque applied to the materials so that was a slight drawback as you could feel your forefoot slip a bit when enough pressure is used. Overall, I can’t really complain as this is common amongst shoes from the 80’s & 90’s so for what it’s worth, it did its job for the most part. 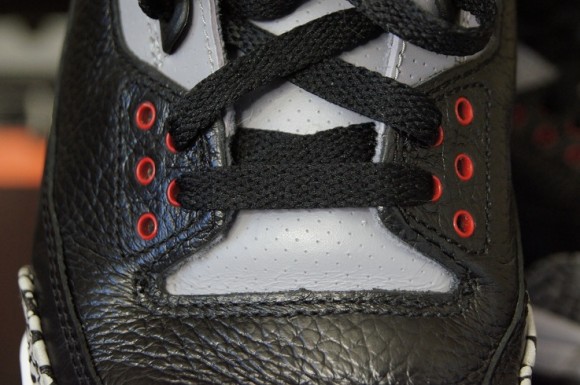 Ventilation – There wasn’t any… While there are perforations, they don’t puncture through the material completely so they are more for looks rather than serve a purpose. This caused the material to soften up while playing – trapping heat and moisture inside – but again, ventilation wasn’t as popular back in this era so it’s to be expected. 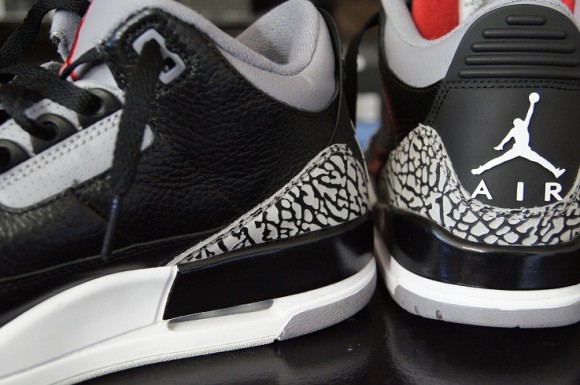 Support – The arch is sculpted providing you with a better fit and support while flexing the foot. I wish I could say the rubber heel cup worked but it wasn’t used as well as it had been in the Air Jordan II. All things considered, the fit from the midfoot to heel was substantial enough to where this didn’t hinder performance too much as a whole. 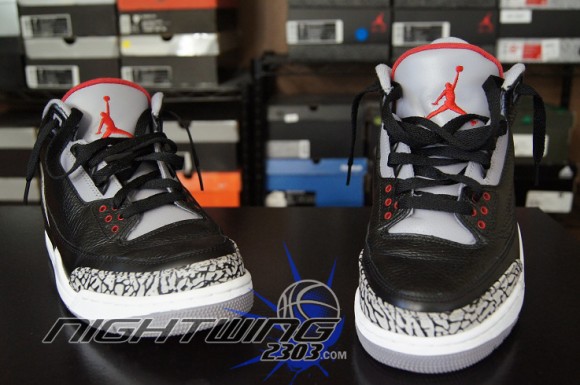 Overall – The real killer here is the midsole. Polyurethane is still used today for insoles but rarely for midsoles. Even when being used in today’s footwear, it’s accompanied by some sort of foam which absorbs most of the impact before it reaches the PU insole. Had the cushion been more protective, I think the Air Jordan III would have made a very good performance shoe. This is actually a model I’d like to see receive the ‘.0’ treatment… Air Jordan 3.0 anyone?

Basically… if you are young, these won’t hurt you too much. For those of us who have been playing Basketball since we were 11… our bodies have been abused to a point to where we need a bit more out of our shoes than just the ’basics’. 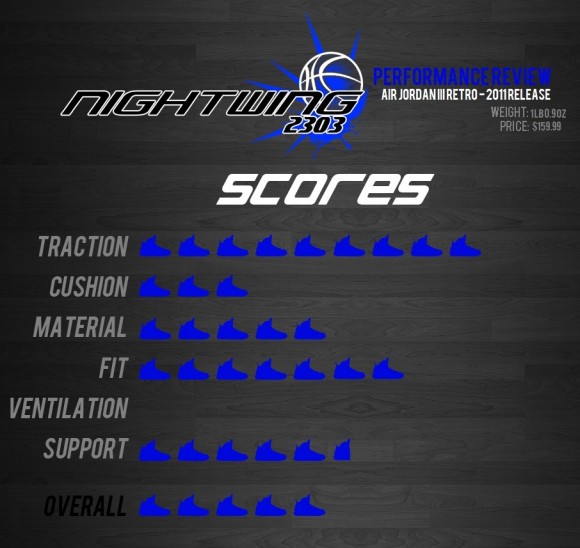