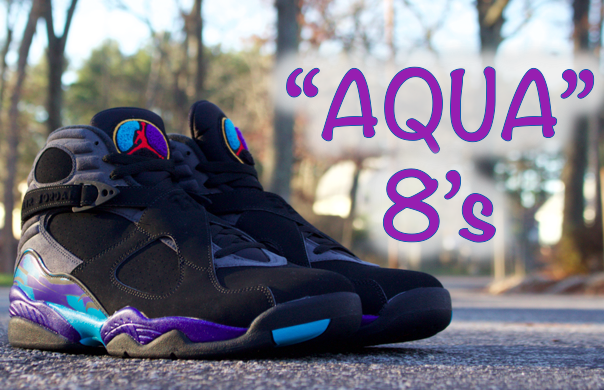 If you’re interested in a detailed look at the recently released “Aqua 8’s,” check out the video above.

There are quite a few differences between the 2015 and 2007 pairs. The 2015 pair is “remastered” and is very similar to the original pair that released in 1993.

Like many of the recent Jordan releases, these are currently sitting on shelves (Yes, that is a good thing.) If you’re interested in a pair, there is a full size run available at Nike.